FOOD doesn’t always come cheap when dining out, which is why treat meals out are a rarity for many families.

One mum was chuffed after buying a £1.30 coffee from Asda which allowed her to get four huge kids’ meals completely for free. 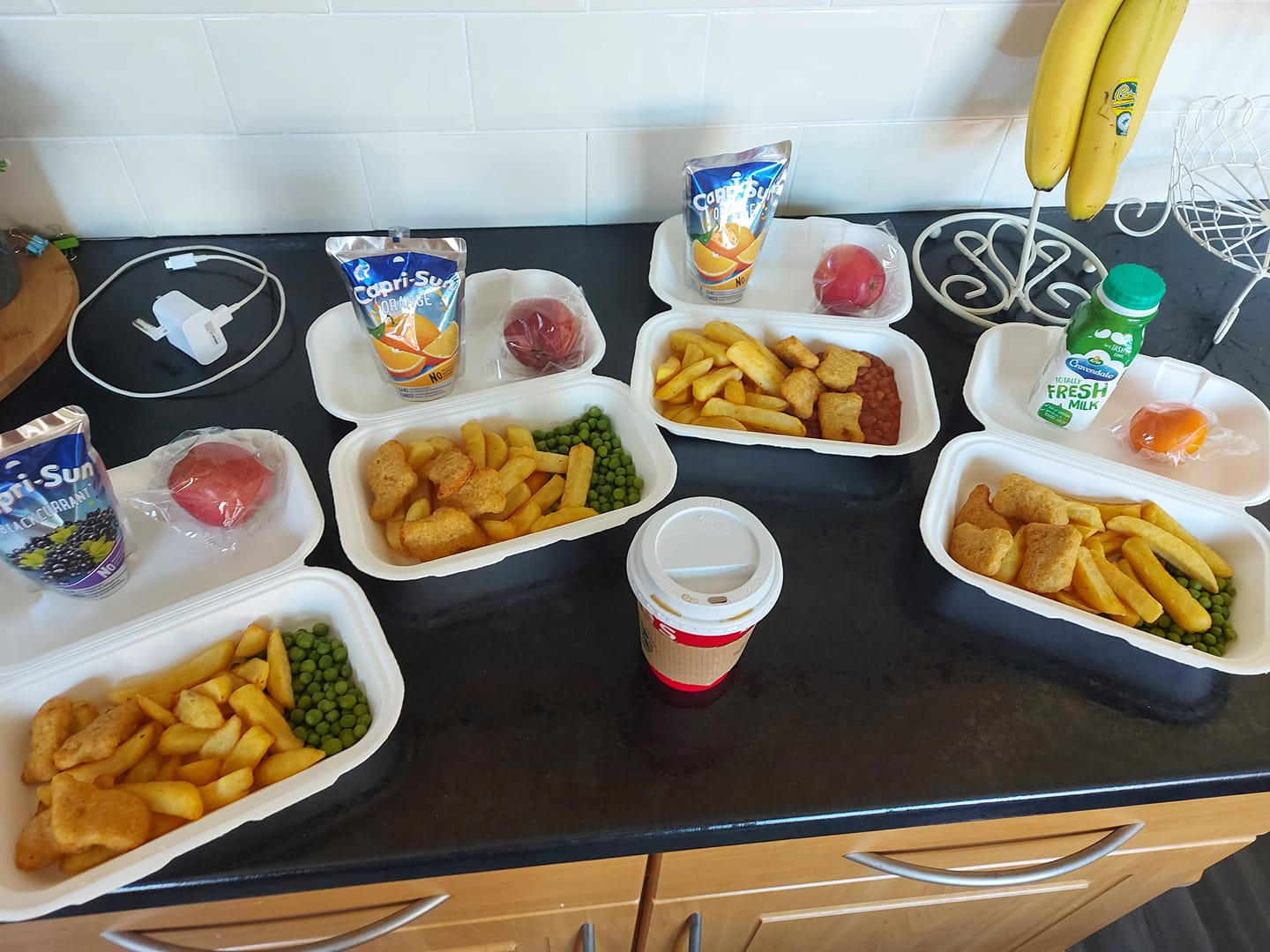 The supermarket chain launched the campaign last year in a bid to help out struggling UK families.

The offer was extended into 2021 with all kids under-16 eligible, so long as they’re with a parent.

The woman shared a snap of the generous meals on Facebook in the Extreme Couponing and Bargains UK group where she praised the supermarket for the incredible deal.

She said parents get a choice of “hot or cold” meals with her little ones opting for chicken nuggets and chips. 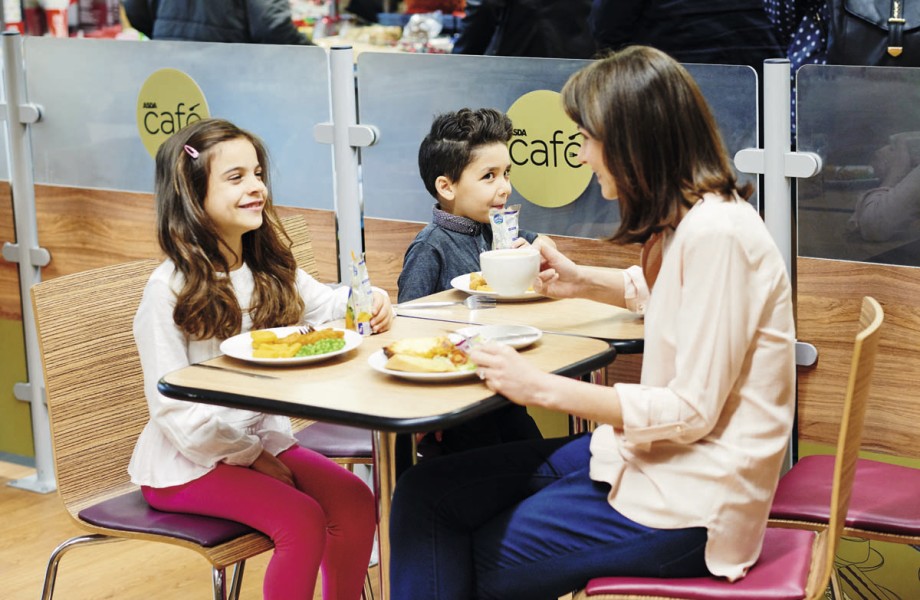 The generous serving also comes with a side of green peas, and the hot meals come with a drink and fruit too.

She revealed that there’s a £1 minimum spend in order to nab a free kids meal, so she treated herself to a coffee while her kids dug in.

Alongside her photo, she wrote: “Hats off to Asda. £1.30 for a coffee for myself, then kids eat free. Choice of hot or cold meals. Hot meals come with a piece of fruit and a drink.”

She later added: “ITS A MINIMUM SPEND OF £1, my sister in law didn’t have all her kids with her and they still allowed her to have how ever many meals she needed.” 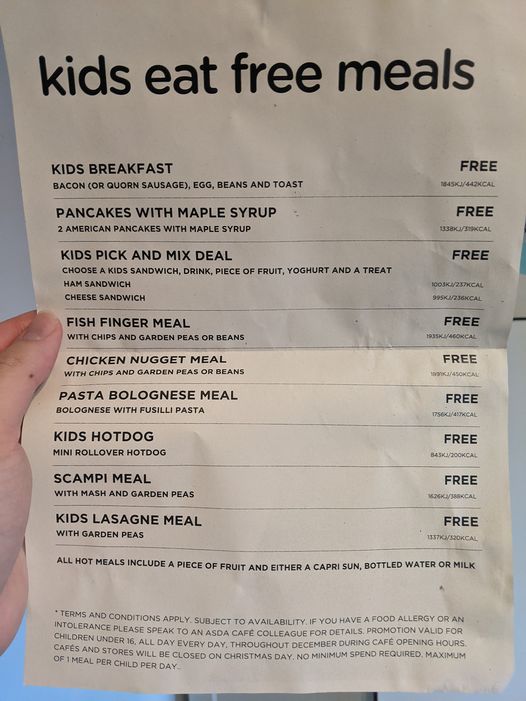 Another mum previously shared the menu items available for kids

Her post racked up almost 10,000 likes from excited parents who were thrilled by the news.

Thousands more tagged friends and family and suggested a trip to their nearest store. 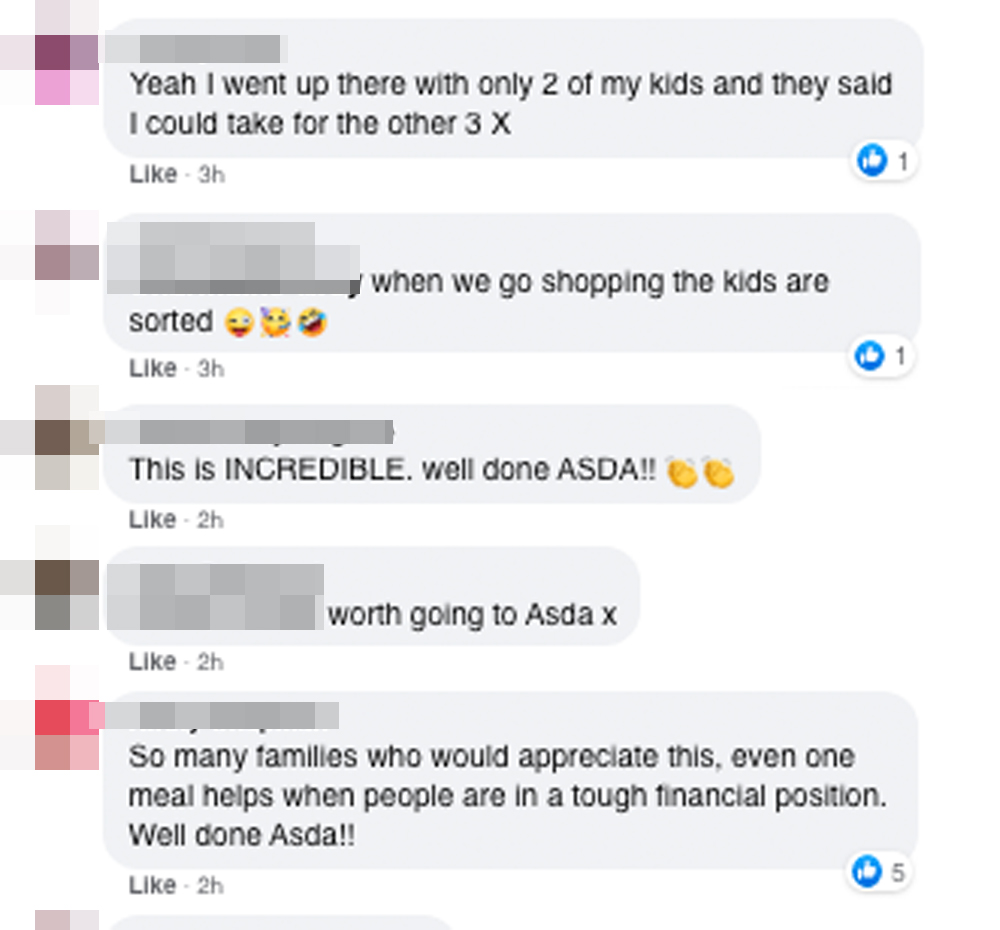 The post racked up thousands of comments from thrilled parentsCredit: ExtremeCouponingAndBargainsUK/Facebook

There’s a selection of meals available for kids to chose from as one mum previously shared online.

These include fish fingers, chicken nuggets, hotdogs, and lasagne, with every meal served with a piece of fruit, a Capri Sun, water or milk.

Commenting on the campaign when it first launched, Richard Dent, ASDA’s Vice President for Fresh Food said: “We know that it’s been a really difficult year for families across the UK with many having to turn to food banks and local community groups for support which is why we want to support as many children as we can during the festive period by offering them a meal in one of our cafes.”

this mum who feeds her family of four for just £17 per week from Tesco shares her exact shopping list.

While this mum whips up 23 meals from ONE chicken and the whole lot only cost her £8.

Plus this mum shared the lunchbox she lovingly made for her son which was slammed by teachers – so can you spot what’s wrong with it?

Fashion fans are raving about Asda’s new clothing line, with shoppers calling it the ‘new Zara’