CHOOSING a name for your baby often takes a lot of thought and consideration – but one mum needn’t have bothered after a hospital error changed her daughter’s name entirely.

Kelsey Tate, from Seattle, Washington, was left completely shocked after the error meant her child was legally named Korn – after the heavy metal band – rather than Kora as she’d intended. 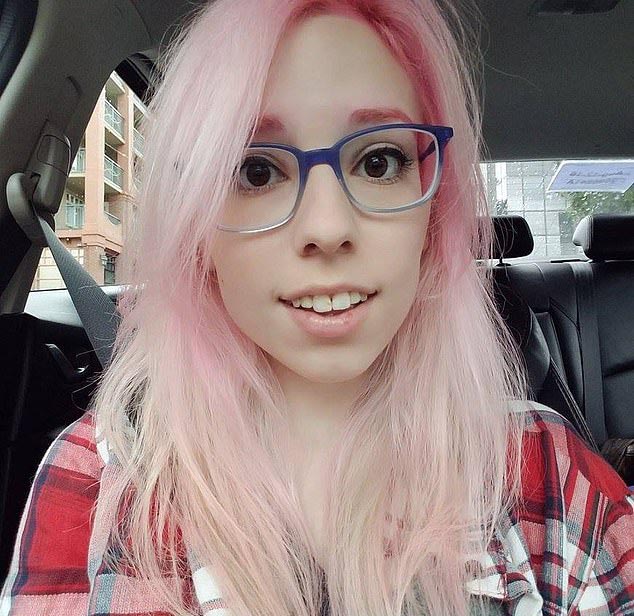 The new mum, who’s baby was born on April 10 this year, insists she had not planned to name her daughter after the US hitmakers, and took to Twitter to explain.

She wrote: “The hospital messed up my baby’s name and we just got the birth certificate and it’s Korn. My baby’s name is legally Korn.”

Kelsey later added there was a chance the hospital staff checked with her first before confirming the name, but she claimed she was “down a lot of blood” at the time.

She revealed: “1. The name is supposed to be Kora 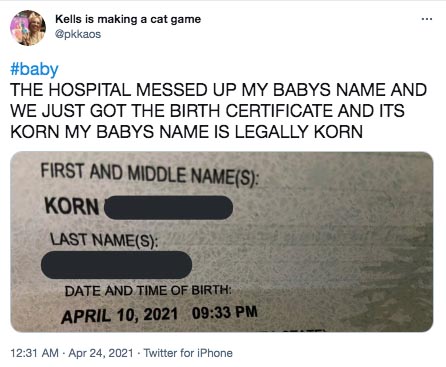 The form states her daughter’s name is Korn, rather than Kora as intendedCredit: @pkkaos/Twitter

“2. Yes this should be able to be easily fixed if we are fast!

“3. There is a chance they may have had me double check this, but to be fair I was down a lot of blood at the time”.

She admitted that the hospital whiteboard had the name listed correctly, but she did notice an error with the surname on the first form.

Kelsey believes the mishap may have occurred when the second form was written up – but she was not made aware until it was finalised.

While the new mum comes to terms with her daughter’s accidental name, Twitter users found the blunder hysterical,. 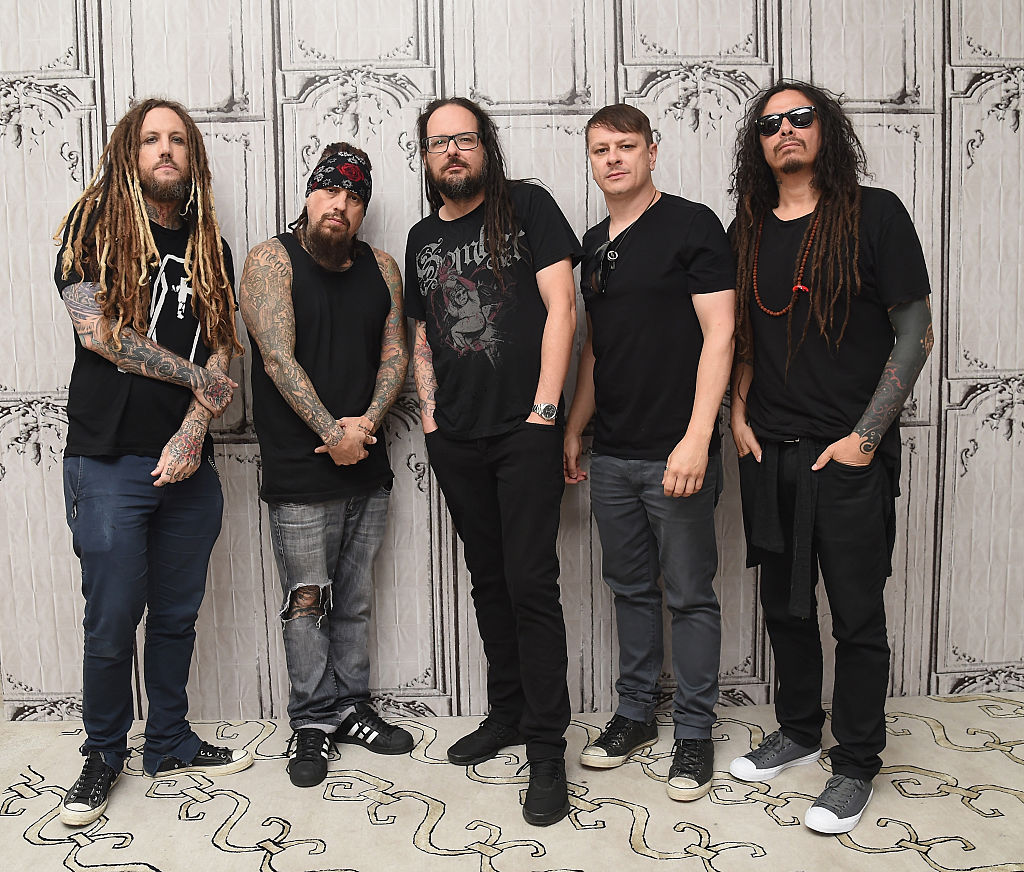 Korn is the name of a US heavy metal band and people find the blunder hilariousCredit: Getty

Many even shared their own horror naming stories where parents made mistakes or names had been recorded incorrectly.

One person wrote: “My parents called me Peter forgetting my elder brother is called Peter.”

Another commented: “I was born in the month of ‘Mary’, and no one noticed until I turned 25 and I had to get some paperwork filed that involved that birth certificate.”

A third tweeted: “The nurse when I was born messed me name up and we didn’t realize it until I was 18 and couldn’t get my license cause my social and birth certificate weren’t the same. 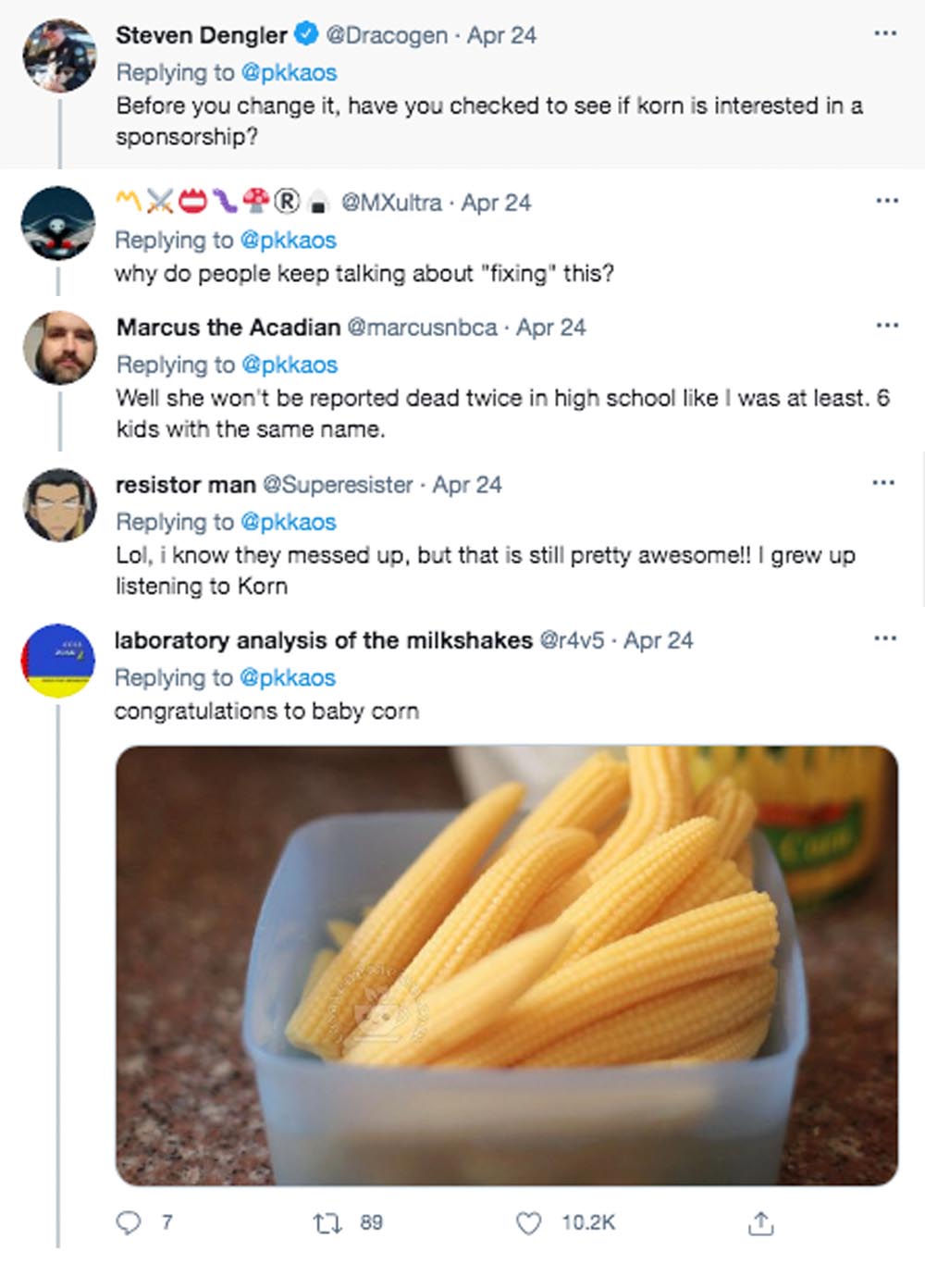 People mocked the situation and compared the name to both baby corn the vegetable and referenced the music groupCredit: Twitter

“Took 6 months to fix since we moved states when I was a baby. My mom called every day to get it fixed.”

A fourth said called the blunder “absurd” but said it was a “great story” to “embarrass her with” when she’s older.

Someone else suggests she keep Korn as the child’s middle name and have Kora as the first as intended, saying it’s the “only solution now”.

Many others hilariously compared the name to baby corn, the vegetable, while others jokingly shared pictures of the band Korn in response.

Kelsey later confirmed: “Kora/Korn does not know she was the main character this weekend.

“We just mailed the corrections form, which unfortunately was the back of the Korn certificate so we can’t put it in the baby book but we’ll put a scanned version in.”

In other parenting news, baby weaning expert reveals most common mistakes parents make & how to make your kids LOVE veg.

And this mum’s genius 89p hack stops her having to buy her daughter new school shoes.

Bruno Fernandes drinks milk in Man Utd dressing room, on the bench and at home and jokes ‘it’s the milkman for me’