A MUM was left bemused after finding a very suggestive-looking Barbie toy in her four-year-old daughter’s bedroom.

Ashley Mignone took to TikTok to explain she’d come across her little girl playing with her dolls when she noticed that she appeared to be holding something a little strange.

And when her daughter couldn’t tell her where it had come from, Ashley was left even more baffled.

“So I’ve been walking round the house for the past three days trying to work out where she got this from,” she said in the video.

“Is this what comes in Happy Meals these days?

“Anyway, so had no idea where it came from. I mean, look at it – you’re thinking what I’m thinking right?”

So she asked her daughter again where she’d got the toy in question from, at which point she told her that it had actually come from her doll’s hair salon.

But people in the comments section were quick to insist they’d been with Ashley when she thought it was something else entirely.

“mam that AINT NO FKN CURLER,” one person wrote. 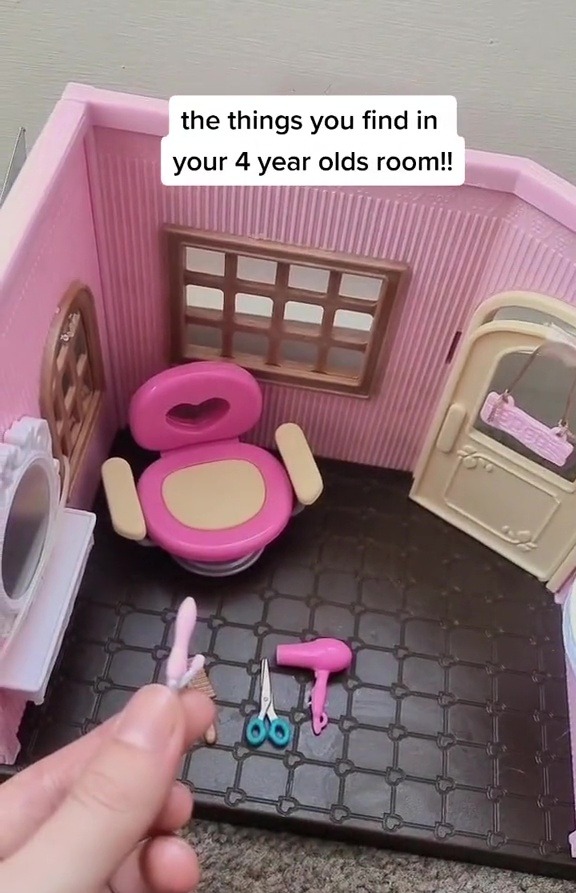 After questioning her daughter, she discovered it was a curling tong from her Barbie hair salonCredit: TikTok / ashleymignone27 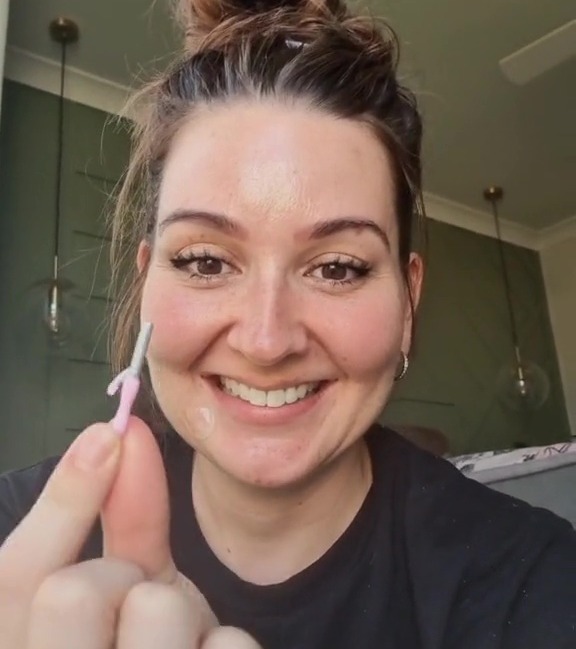 She then turned it round the right way to reveal its true purposeCredit: TikTok / ashleymignone27

“The barbie marketing team got a real kick out of designing that one,” another added.

“I was thinking gee Barbie is getting a little too out there now haha,” a third commented.

“We were all thinking it,” Ashley wrote.

“I mean.. if you showed the whole thing from the start most of our minds wouldn’t have been in the gutter,” someone else added.

To which Ashley replied: “I just couldn’t un-see it!”

In other parenting news, this mum has come up with a brilliant hack to always get 15 minutes of peace from her kids.

This money-saving mum has figured out a way to save hundreds on clothes for her kids.

And a woman who got death threats over her son’s unique name has revealed his equally unusual middle name.