ONE mum has warned fellow parents of the risks that come with pram buggy boards after being forced to rush her daughter to A&E.

Kids are forever getting stuck in places they shouldn’t and it turns out the attachment on a buggy board can actually be quite the health hazard, as its small holes are perfect for fingers getting stuck. 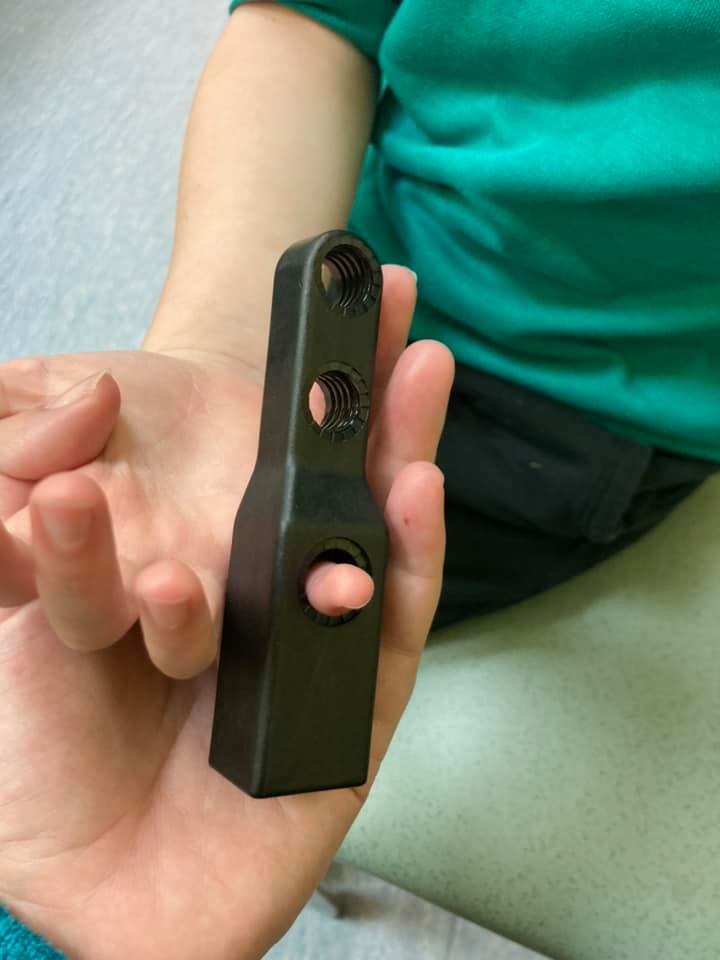 One mum was forced to take her daughter to A&E after her finger got stuck in a buggy boardCredit: Facebook via Family Lockdown Tips & Ideas

That’s exactly what happened to one mum’s daughter who managed to get her finger jammed, resulting in a stressful trip to the hospital.

Sharing a photo of the damaged on Facebook in the group Family Lowdown Tips & Ideas, one mum warned other parents of the danger.

She wrote: “Life Pro Tip: buggy board arms have the perfect size holes for little fingers. After a trip to A&E this morning (which included a discussion on whether or not the fire brigade were going to have to be called to cut it off) my eldest is now free, and has learnt a valuable life lesson.”

The mum revealed that she had tried everything to try and ease her daughter’s finger out of the buggy board arm, including ice, soap and even butter. 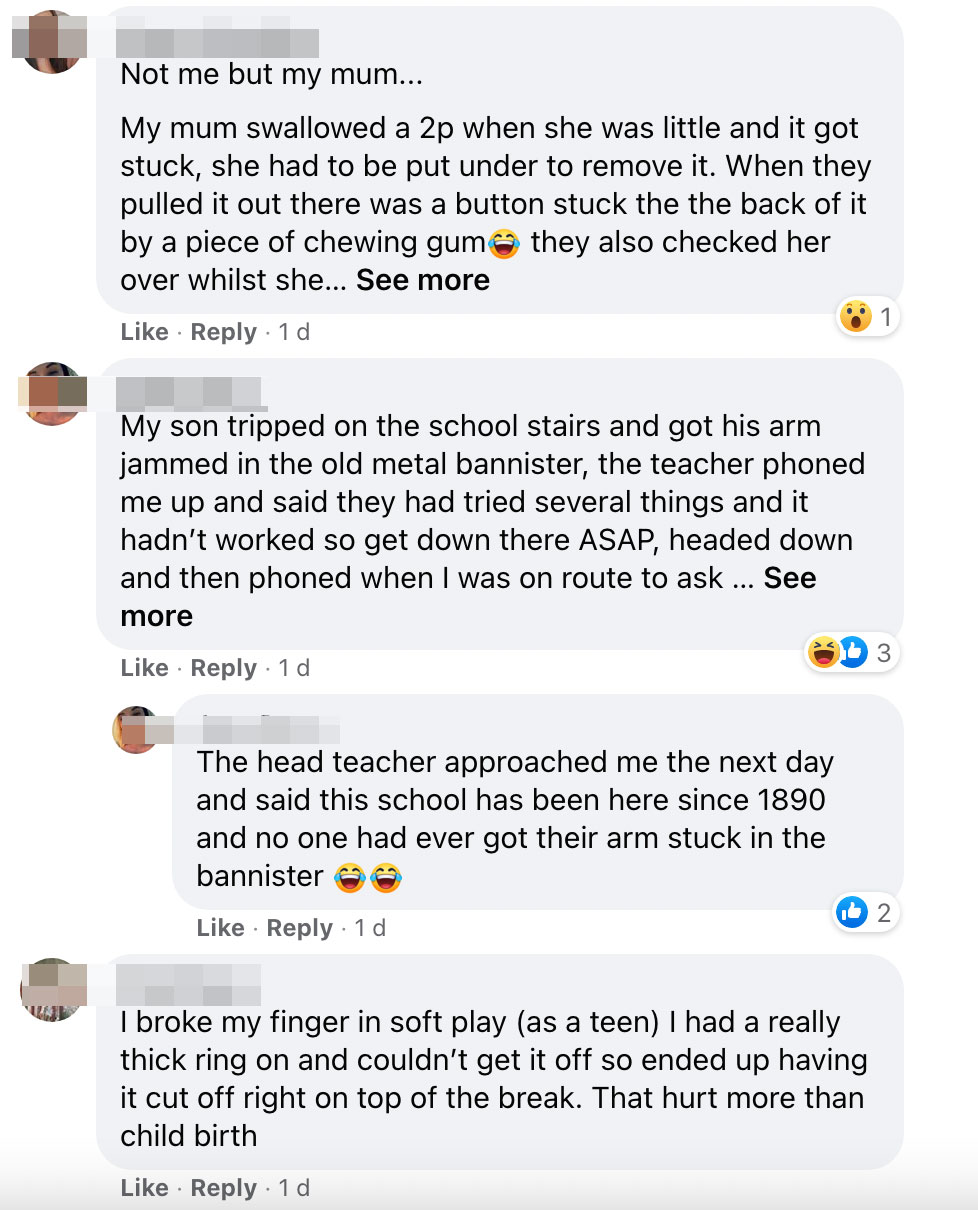 She said: “Also discovered via school receptionist that windolene is apparently a very effective lubricant! We tried ice, oil, butter, soap… nothing moved it, hence the visit to A&E.”

Luckily all was OK and doctors were able to prise the little girl’s finger out of the buggy board arm without cutting into it.

The mum explained: “They eventually put her on entinox (gas and air) and painstakingly pulled it off without the need for cutters, firefighters or surgery. Thank goodness!”

Her post prompted fellow mums to share their own horror stories of their children getting stuck in strange places.

One mum wrote: “My daughter got her finger stuck in a plug cover at school. It *did* require hospital, general anaesthetic and firefighters after tools at the hospital literally didn’t cut it. All good now though, wouldn’t know it had happened.”

Another said: “My son tripped on the school stairs and got his arm jammed in the old metal bannister, the teacher phoned me up and said they had tried several things and it hadn’t worked so get down there ASAP, headed down and then phoned when I was on route to ask if I would give permission to cut his jumper off I said yes no problem, fire engine on the way! Luckily they managed to get it out before the fire engine arrived.”

A third revealed: “I broke my finger in soft play (as a teen) I had a really thick ring on and couldn’t get it off so ended up having it cut off right on top of the break. That hurt more than child birth.”

Meanwhile, one mum has revealed her ‘brilliant’ parenting hack to stop kids from being naughty – and all you need is lolly sticks.

Plus, one woman raves about budget potty bomb trick that had her son toilet trained in no time.

And experts are warning mums not to try viral teething hack as it’s actually a choking hazard.