A MUM is furious after her daughter’s school banned her from eating her packed lunch containing crisps and a yoghurt – as kids ‘aren’t allowed sweets’.

The seething parent took to Facebook to blast her child’s teachers, after her little girl came home with a full packed lunch. 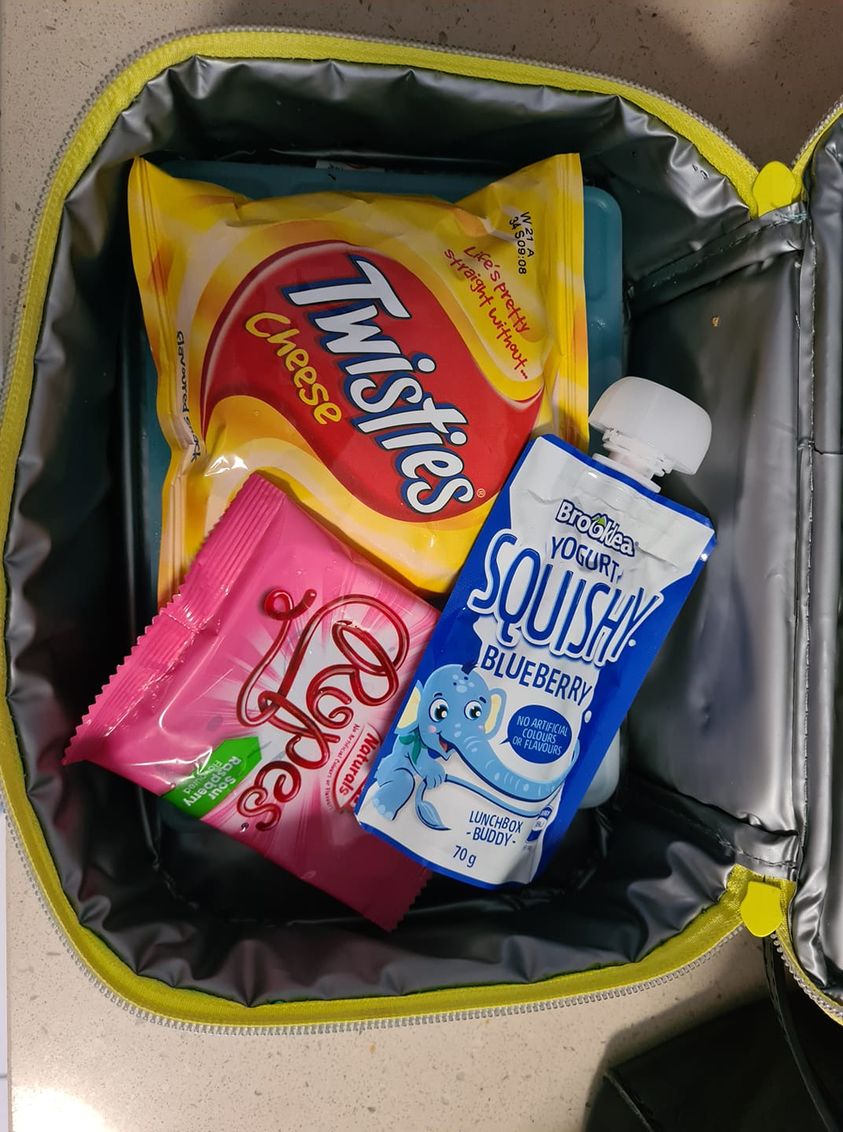 The mum shared a snap of the lunchbox she packed, which she daughter was banned from eatingCredit: Lunchbox Ideas Australia

The mum, from Australia, explained she forgot to order her daughter’s school meal from the cafeteria, which they call a ‘tuckshop’.

Her mum sent her to school with her usual supply of snacks to keep her going throughout the day, including a yoghurt, crisps and a piece of fruit – but the teacher banned her from eating it.

The mum raged: “Just picked my daughter up from school and as I’ve asked her about her day, she has reminded me that I forgot to order her tuckshop.

“I’m so disappointed with myself…

“I asked her if she just ate what I had packed her for morn/arvo tea? But she told me that she only ate her banana, as she was told that she couldn’t eat the rest of her lunch as it was sweets and she’s not allowed sweets.”

The mum was annoyed she’d forgotten to order the cooked meal at school, but she was furious the school had stopped her eating any of her snacks instead.

She continued: “I’m so upset with myself enough, let alone add the frustration that she hasn’t been able to eat her morn/arvo tea that I’ve packed.”

The mum later discovered the teacher had organised a sandwich for her instead, but she claimed it still wasn’t enough.

She added: “When we’ve arrived home, I’ve seen she also has a brown tuckshop bag with the remnants of a Vegemite sandwich. 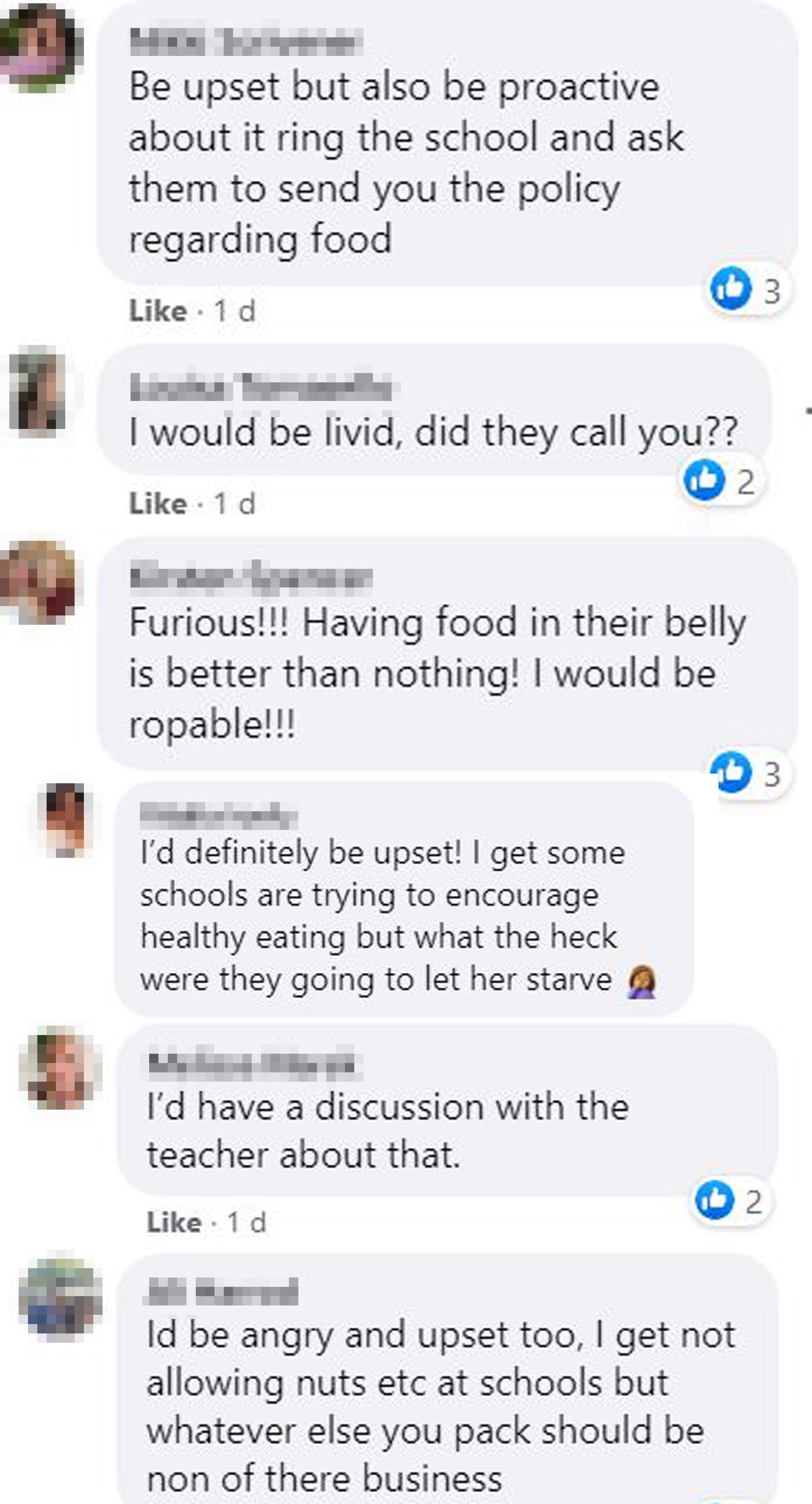 Hundreds of parents commented on the post, saying they would also be livid

“So thanks heaps to the teacher for organising that for me. But a banana and sandwich today, is all she had…

“Picture is what she was packed, plus a banana.”

And she clarified she wasn’t aware of any lunchbox rules from the school, so the teacher’s decision was baffling her.

“Also, as far as I am aware there is no school policy or guideline as to what should or shouldn’t be packed.

“Am I overreacting? Or would you be as furious as I am,” she said.

Her post, on Lunchbox Ideas Australia, has racked up hundreds of comments, as parents were equally livid.

One mum said: “I’d definitely be upset! I get some schools are trying to encourage healthy eating but what the heck were they going to let her starve.”

Another wrote: “It’s the teachers job to teach not their job to tell your kids what they can and cannot eat.”

A third commented: “You have every right to be annoyed. If be angry with the school too. It’s not up to them what your child eats.”

This person thought: “No way you’re not overreacting! I’d be chatting with the teacher Monday. The teacher should’ve let her eat this and then spoken with you after school if she felt the food was not appropriate.”

And this mum added: “What the heck! So best option is to let her go hungry?? I would be furious too!!”

While this woman reveals her simple tip to revive wilting veg – and it will save you loads of cash on groceries.

And you’ve probably been saying Nutella all wrong – this is the right way to pronounce it.

In other news this is what your sleep position says about your personality – from ‘rude’ Toy Soldier to ‘clingy’ Stretch Armstrong.

Woman shares lunchboxes she lovingly packs for her boyfriend