A MUM suffered an epic breastfeeding fail when her fake tan left her baby boy with an orange face.

Mum Keziah Jozefiak had been tanning before going out for a meal with her partner James Smith, 21, when her five-month-old son Raf woke up hungry. 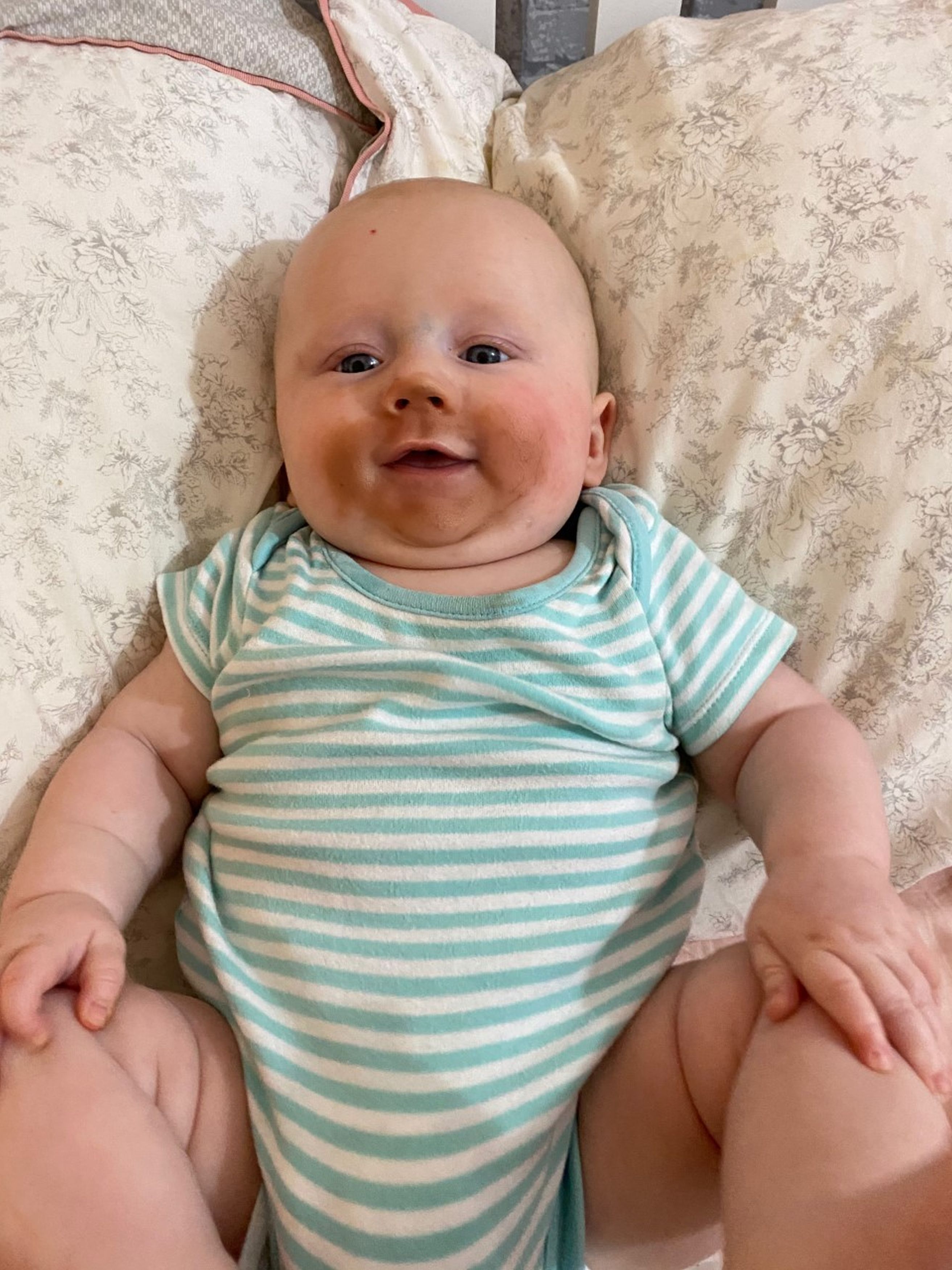 Mum Keziah Jozefiak was shocked when her breastfeeding baby Raf turned orange after she fake tannedCredit: Kennedy News and Media

As the baby boy is exclusively breastfed, his 20-year-old mum didn’t think twice before picking him up for a feed despite her Bondi Sands fake tan not having had time to dry naturally.

After Raf had finished, Keziah – who is training to become a mortgage advisor – was left laughing out loud as her son had a circle of fake tan covering his lips, the bottom of his nose down to his chin, just like the stubble that appears on Homer Simpson’s face in the cartoon.

A tweet following Friday’s fake tan fail that showed her son completely unperturbed and grinning wildly has been liked more than 101,000 times since it was posted.

Keziah, from Derby, said: “When I looked down at Raf I just burst out laughing. I couldn’t believe the tan had left his mouth looking like Homer [Simpson]. 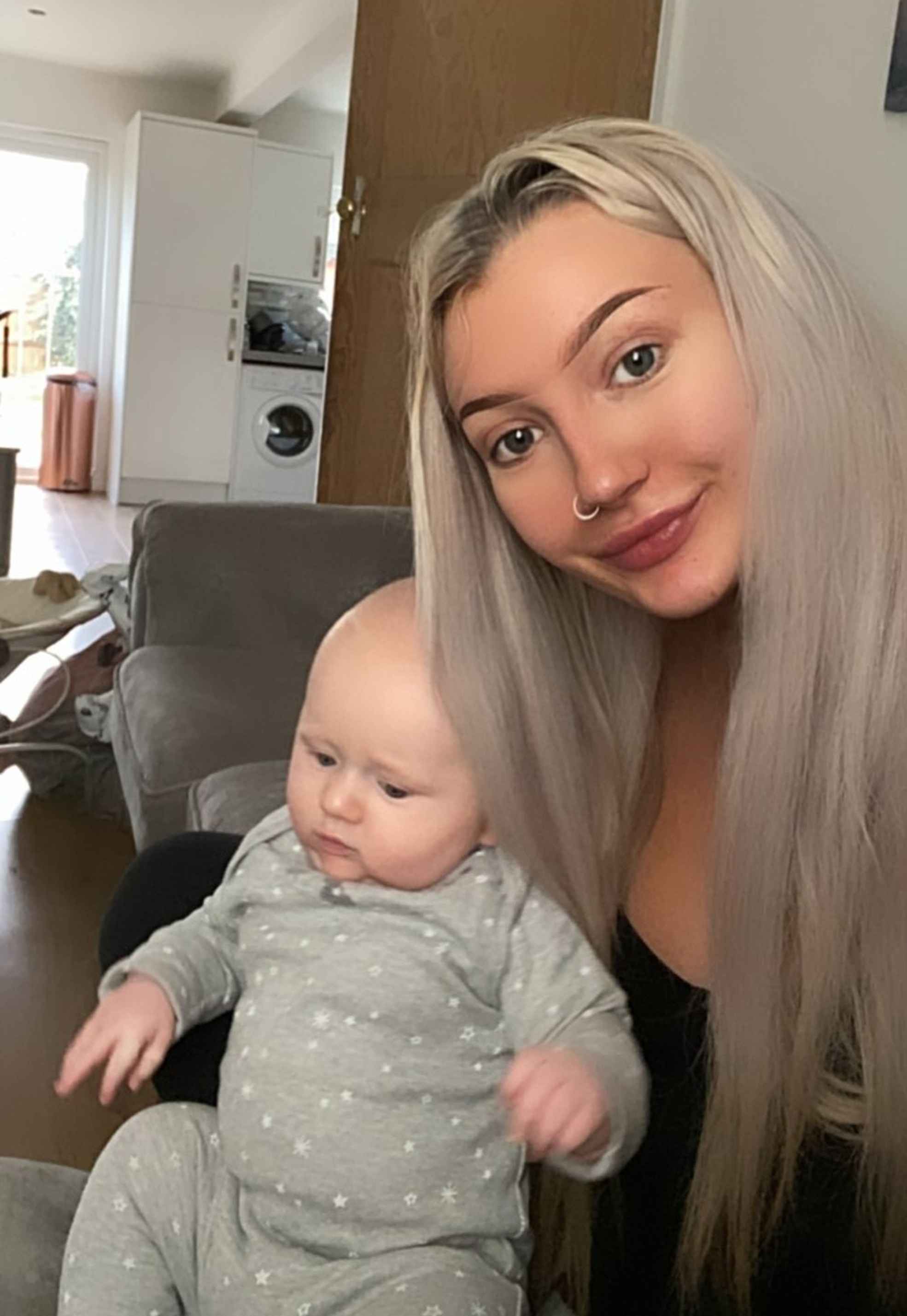 Keziah didn’t think twice before picking him up for a feed despite her Bondi Sands fake tan not having had time to dry naturallyCredit: Kennedy News and Media

After Raf had finished, Keziah was left laughing out loud as her son had a circle of fake tan covering his faceCredit: Kennedy News and Media

“Raf was asleep so I thought I could squeeze in some tanning time but he woke up starving mid-tan.

“It is the first and definitely last time I feed him with my tan still on. It hadn’t actually occurred to me that the tan could transfer onto him.

“I took a picture and sent it to my girl friends and they were all laughing as well. Everyone is finding it hilarious and my mum rang me in tears she found it so funny.” 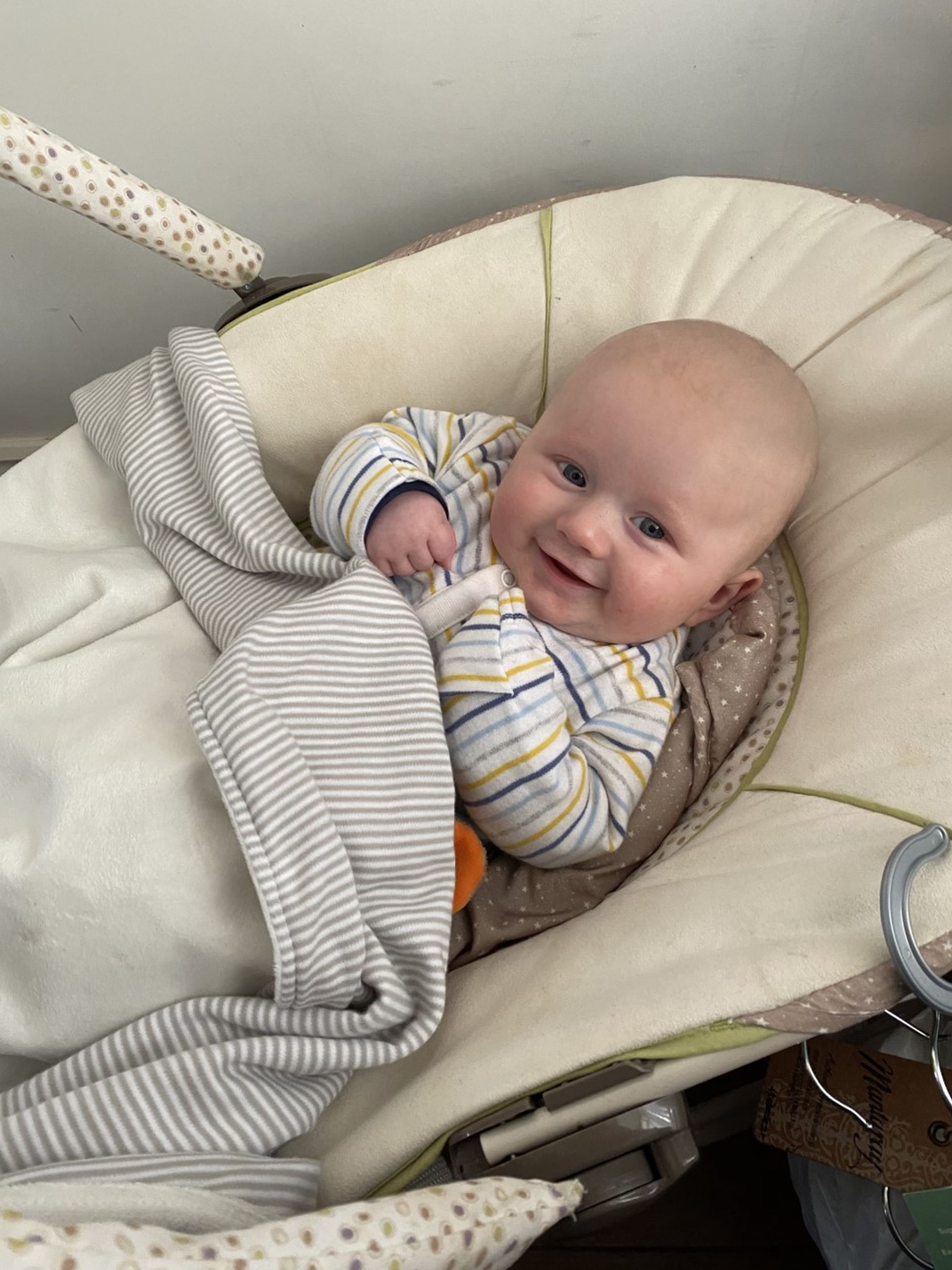 Keziah said this incident is the first and definitely last time she feeds him with her tan still on Credit: Kennedy News and Media 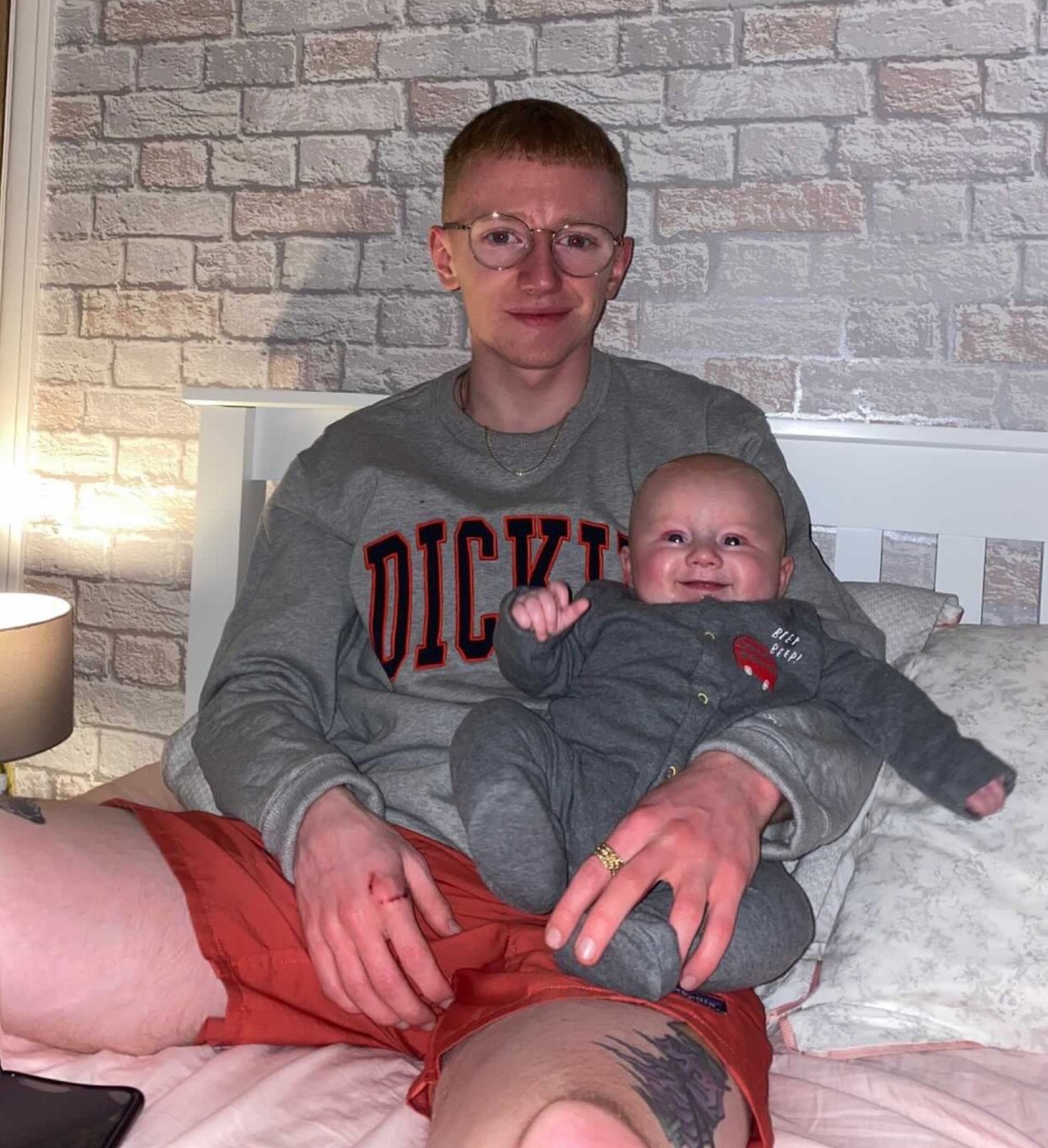 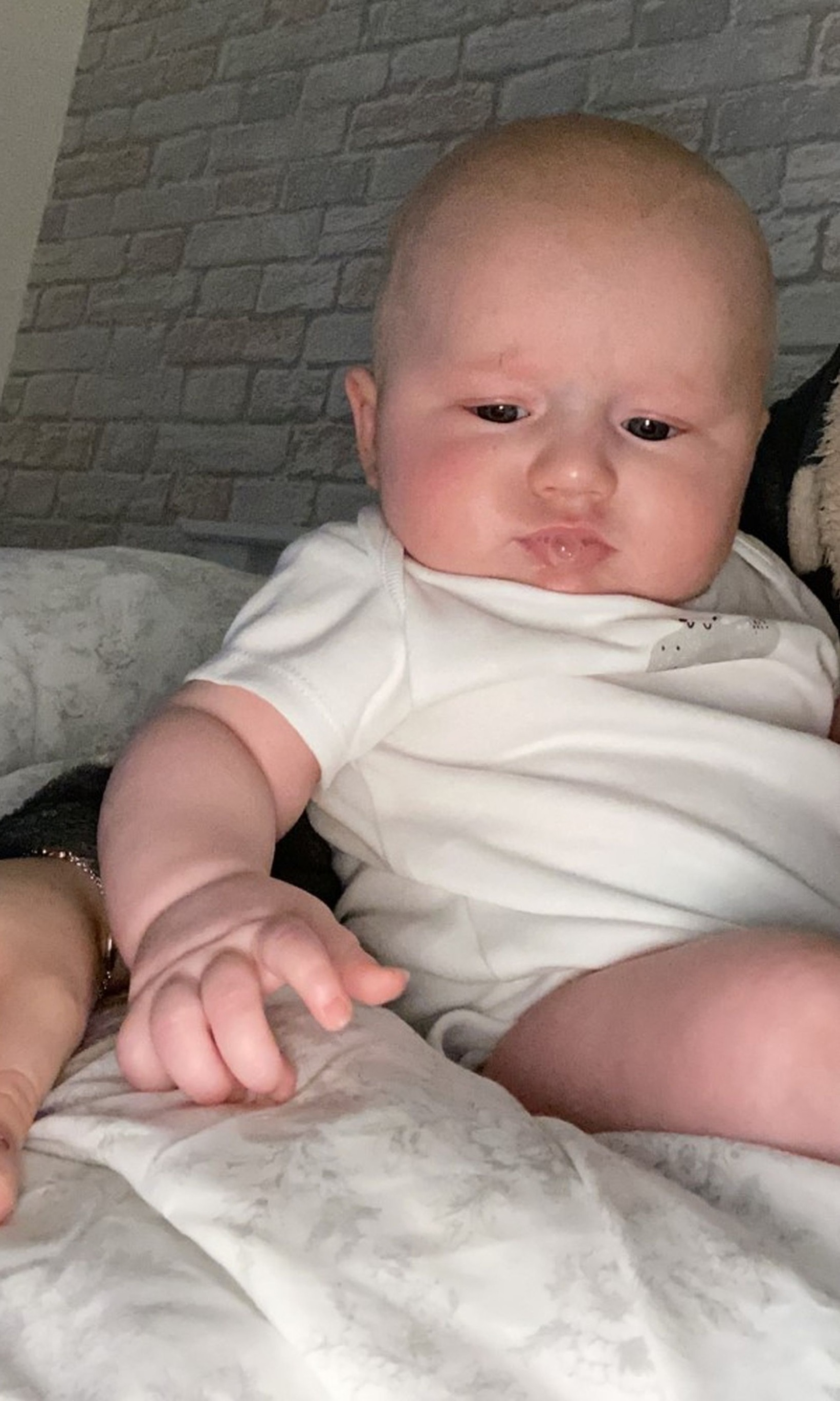 It took an hour for Raf’s tanned face to return to his original colourCredit: Kennedy News and Media

Keziah usually tans once a week and applies it in the evening before washing it before bed so it never comes into contact with her son.

It took an hour for the panicking mum to remove the hilarious tanning fail from her baby boy’s face, leaving her ready for her night out.

Keziah said: “It took me a good solid hour to get the tan off his face properly but he found the whole thing hilarious.

“I used baby oil and baby wipes and he looked shiny and clean after.

“Fortunately, Bondi Sands tan is really good for your skin.”

We shared a £15 ‘liquid gold’ fake tan that you DON’T have to wash off sends beauty fans into a frenzy.

And these are the funniest fake tan fails of all time, including a dodgy penis-shaped mark and a poor woman left looking like The Hulk.