WITH birthday parties out of the question at the moment, parents are filling their living rooms with balloons and decorations in celebration of their kids.

And what better way to celebrate than with a super fun staycation at home, with colourful teepees being a popular choice to keep the little ones entertained. 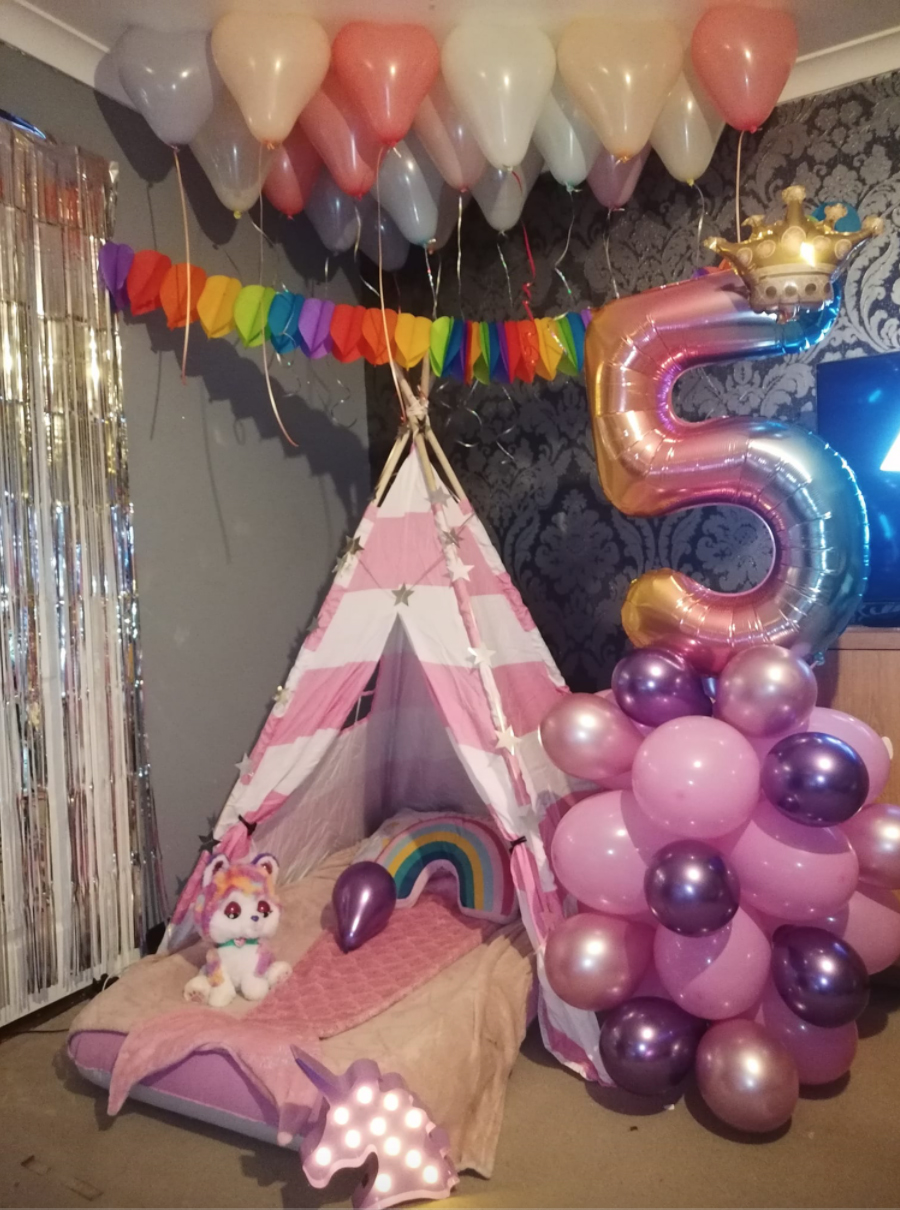 Both the teepee and mattress were from Amazon and the whole set-up looks amazing Credit: Facebook

Melanie Burns was looking at hiring one for £35 ($48) a night for her daughter’s 5th birthday, but instead decided to make her own.

Thanks to some Amazon bargains, she managed to spend the same amount but little Millie gets to keep it.

The incredible teepee was set up in the corner of the room and was surrounded by a huge balloon display.

Inside there was a blow-up mattress so little Millie could sleep through the night with ease. 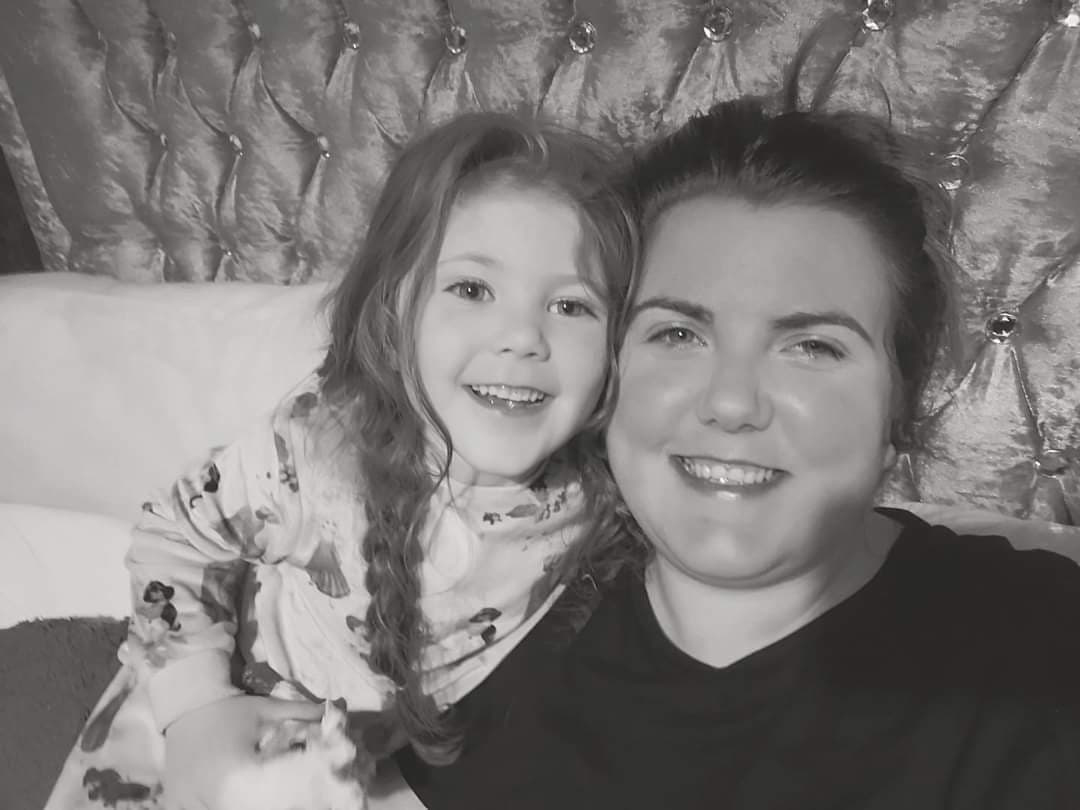 Melanie Burns wanted to treat her daughter Millie to a fun sleepover for her 5th birthdayCredit: Facebook 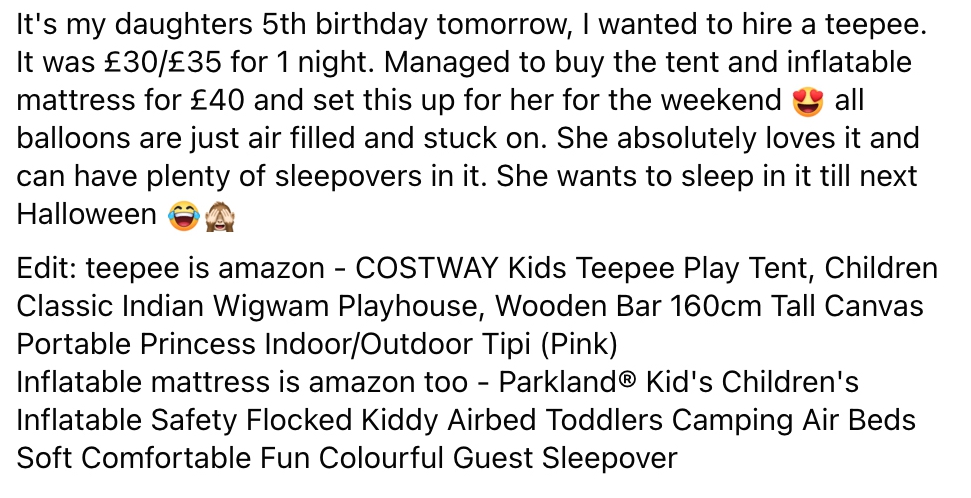 She shared a snap of the set-up online and said Millie loved itCredit: Facebook

Showing off her bargain set-up, Melanie shared a snap of the teepee on Facebook, which proved pretty popular with other mums.

Unsurprisingly, Millie “absolutely loves it” with Melanie saying she can have “plenty of sleepovers in it”. 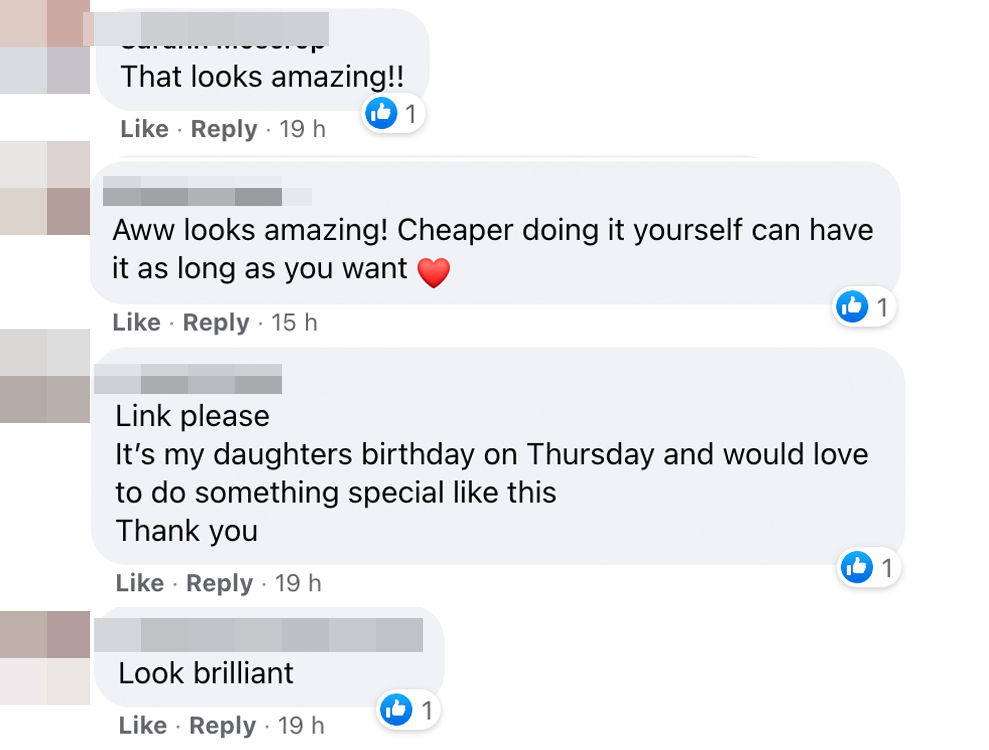 People were pretty impressed by the end resultCredit: Facebook

“She wants to sleep in it till next halloween,” she added, alongside a laughing emoji.

The exact tent costs around £27 ($37), and is available in a range of colours and patterns.

Currently unavailable from Amazon, you can also pick it up from the Costway website for the sale price of £19 – absolute bargain.

We previously shared how this mum creates incredible garden teepee for her kids using a broken bike shed and old net curtains for less than £20.

And why celebs like Amanda Holden & Alesha Dixon are turning to kids’ teepees as the ultimate parent brag.

Dancing on Ice: Graham Bell prepared to land in skate-off after accident