A MUM was left equally mortified and amused after her young daughter accidentally took her thong to school.

Mum Grace detailed the incident on TikTok and joked she was now “looking for a new school” for the six-year-old. 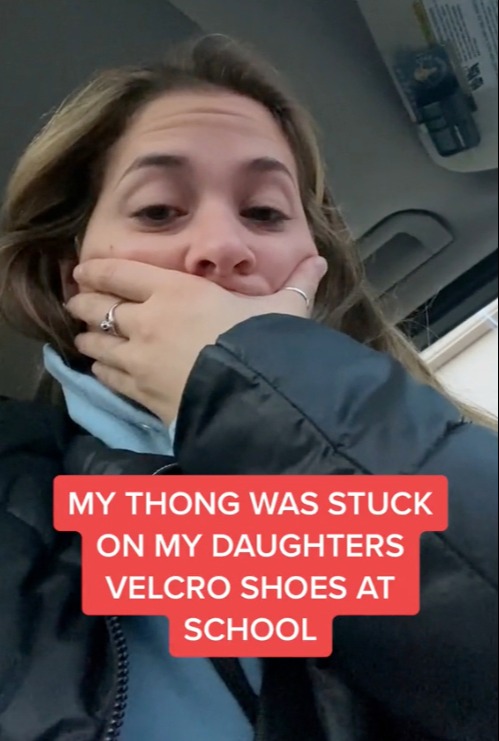 Mum Grace detailed the incident on TikTok and joked she was now “looking for a new school” for the six-year-oldCredit: @gracienoe/TikTok

In the clip, the woman was visibly embarrassed as she hid her face and laughed off the incident.

It appears Grace was sitting in the car as her daughter told her what had happened at school.

Although you can’t see her daughter, you can hear her recall how the underwear was stuck to her velcro shoe as she arrived at school that day.

But not only did the young tot rock up to class with her mum’s underwear, the cheeky six-year-old was sure to let her teacher know. 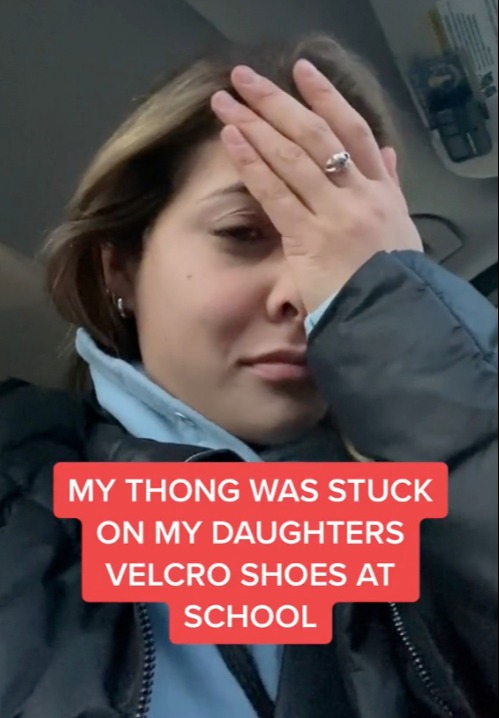 In the clip, the woman was visibly embarrassed as she hid her face and laughed in embarrassmentCredit: @gracienoe/TikTok

In the video which has been watch more that seven million times, the six-year-old says: “I was going to walk to class and I saw a teacher and she said ‘there’s something on your shoe honey.’

“And then I stomped all the way to the Principal and said ‘this is my mum’s underwear, her house is messy.'”

She continued: “And she said ‘you should put it in your pocket,’ and then I got to class I said ‘this is on my shoe this morning,’ and I showed the underwear.

“And then she said to put it in my backpack.” 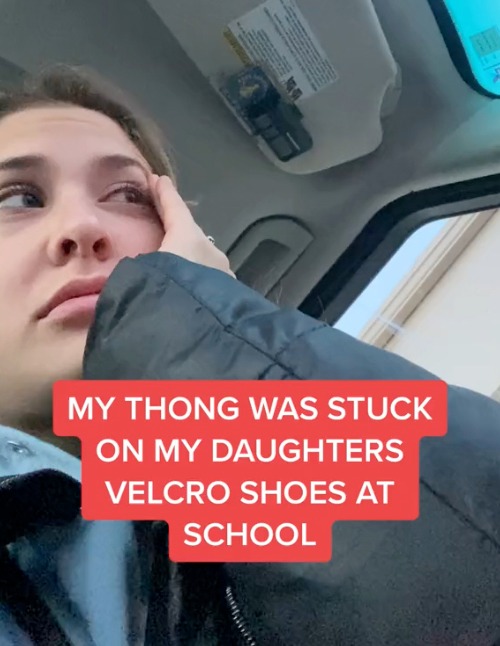 Her daughter said her teacher spotted the thong on the bottom of her shoeCredit: @gracienoe/TikTok

The hilarious video has attracted more than 20k comments and 1.2 million likes, with people in hysterics over the young girl’s forwardness.

“Kids are the biggest ball busters. ‘Our house was messy’ – was that necessary information??” one person said.

A second joked: “I’m dying she repped it like Show and Tell.”

A third reassured the mum: “I promise you the teachers cracked up at that in the best way. You’re a legend.”

And a teacher agreed saying: “As a third grade teacher I am absolutely lolling.

“Kids tell everything. Don’t worry we don’t hold it against parents.”

Every Time Candace Cameron Bure Has Clapped Back on Social Media