FAMILY Whatsapp groups are often made up of cute family moments and snaps of the grandkids.

So when one young mum-of-one captured a picture-perfect moment of her son and shared it with her partner’s family, she thought nothing of it. 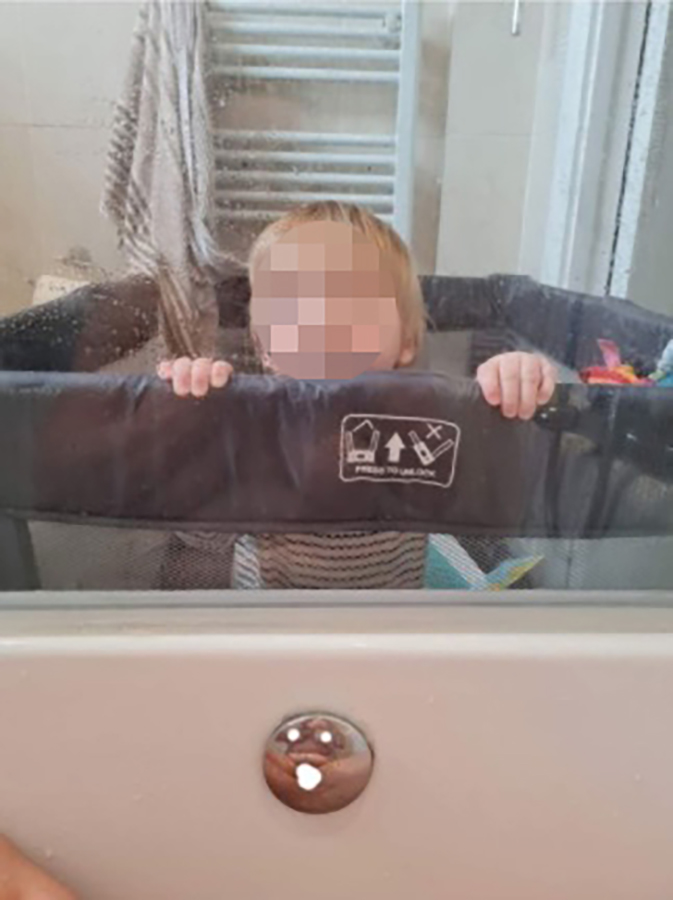 The mum sent a snap of her son to her in-laws but was mortified after spotting somethingCredit: Triangle News

That is until she realised her naked body was completely on show – reflected in a tiny metal plughole as she sat in the bath.

You see, the 27-year-old of Bexhill, East Sussex was sitting in the bath with her son in a travel cot next to it.

She decided to send a jokey snap to a family Whatsapp group which included her husband-to-be, his parents and two brothers.

But she didn’t realise that her nude body reflected in the glass shower screen AND the shiny, metal drain cover. 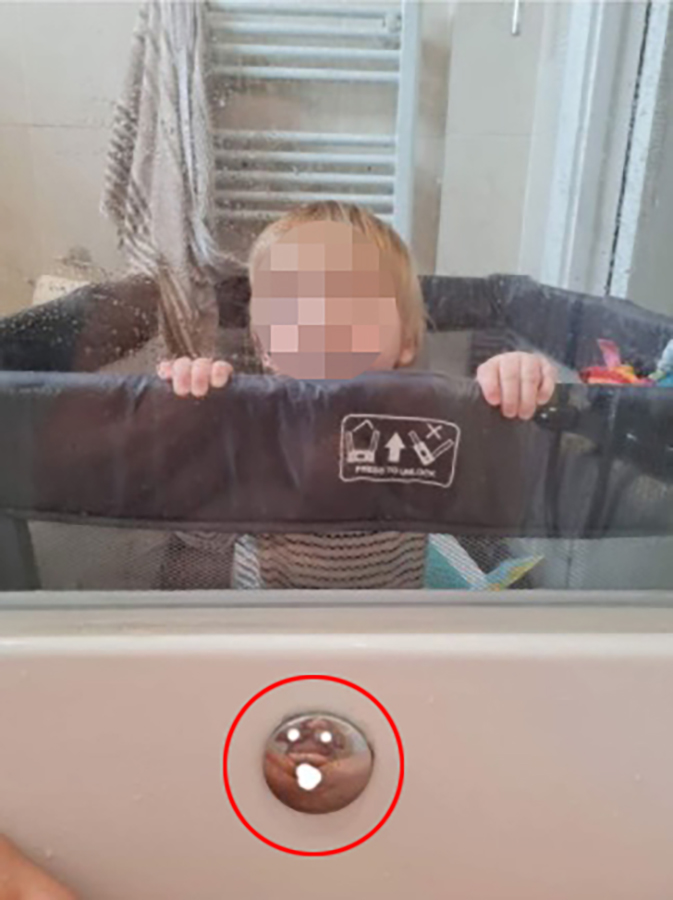 Her naked body was reflected in the plug hole, but she only noticed AFTER she sent itCredit: Triangle News

The mum-of-one, of Bexhill, East Sussex sent the snap of her tot to her fiancee’s family with the message “I can’t even have a bath in peace.”

But it wasn’t until she looked back at the photo moments later that she realised her nude blunder.

The horrified woman – who didn’t want to be named – deleted it from that Whatsapp chat but thinks it was viewed by her future father-in-law.

“I’m sure there are lots of other new mums out there that would have a laugh from this,” she said.

“I thought it was just an innocent photo.”

The young mum posted the snap on Facebook which has now gone viral getting over 1,500 likes and comments. 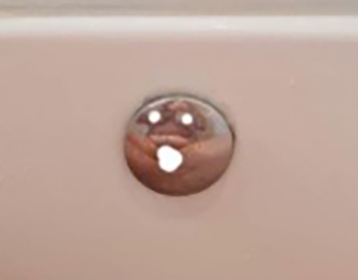 She quickly deleted the photo but her father-in-law had already seenCredit: Triangle News 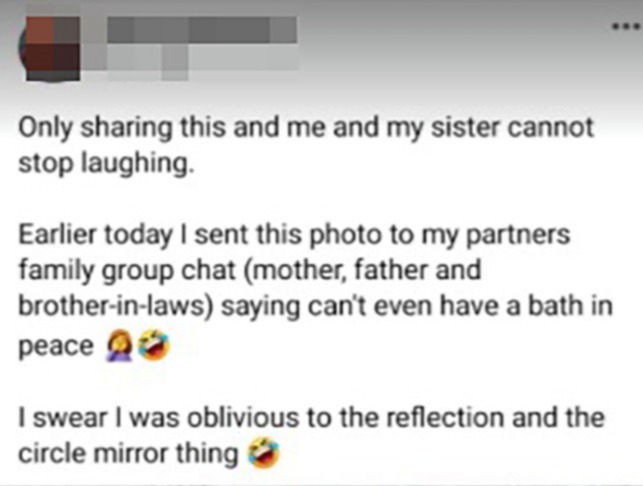 She found in it hilarious and shared it on FacebookCredit: Triangle News

She added: “I had my baby a few days before the first lockdown was announced.

“We also have a family group chat where we share lots of photos, especially of our son.

“So I sent a photo innocently of our son next to me whilst I was trying to have a bath – Oh the joys of motherhood.

“I captioned ‘I can’t even have a bath in peace’.”

I swiftly deleted the photo from the chat, however his dad had already viewed it.

She explained: “But I didn’t realise there was a reflection in the shower glass and the little bath silver thing.

“A few minutes passed and I looked back at the photo and noticed the reflection in the glass.

“I swiftly deleted the photo from the chat, however his dad had already viewed it, but I’ve no idea if he had seen anything.

“I quickly called my partner and explained what happened and asked him to check the photo had definitely been removed – luckily he couldn’t see it.

I quickly called my partner and explained what happened and asked him to check the photo had definitely been removed.

In her Facebook post, she said: “Only sharing this as me and my sister cannot stop laughing.

“Earlier today I sent this photo to my partners family group chat – mother, father and brother-in-laws – saying can’t even have a bath in peace

“I swear I was oblivious to the reflection and the circle mirror thing.”

For more parenting stories, this woman threw a paternity reveal party to prove to her ex he was the father of her baby – he has refused to help raise their child.

And this single mum hired her best friend as a personal assistant as she couldn’t deal with the ‘mental load’.

Plus this woman’s co-worker stole her ultrasound photo & shared it to prank her ex – she didn’t want it online and blasted her for using her baby as a joke.