VENICIA sits nervously at a restaurant table – the unfamiliar man about to walk through the door could one day be the father of her child.

But neither party are looking for love – they’re meeting for the first time with the sole purpose of seeing of whether they could have a child together. 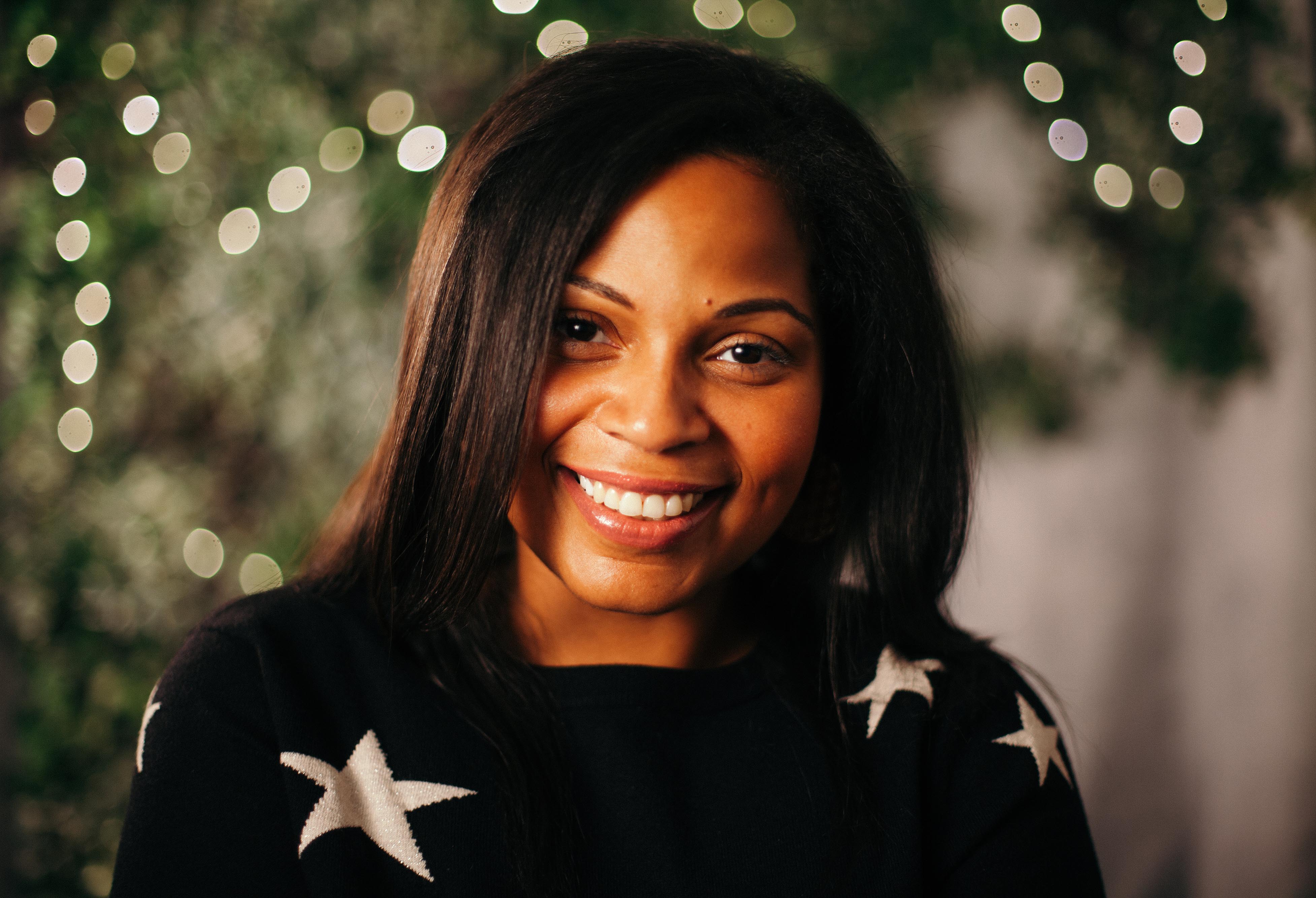 Venicia is one of thousands of Brits who are considering having a baby with a strangerCredit: Harry Winteringham/Fremantle

Co-parenting is the booming phenomenon of having a child outside of the confines of a traditional romantic relationship.

Around 70,000 Brits are thought to be advertising themselves as potential co-parents online, looking to conceive and raise a child with someone they otherwise have no connection to.

The four-part programme shows three women’s first meetings with potential partners – who they’re paired with by a Millionaire Matchmaker-style suitability expert – and their later decision of whether or not to have a child with one of them. 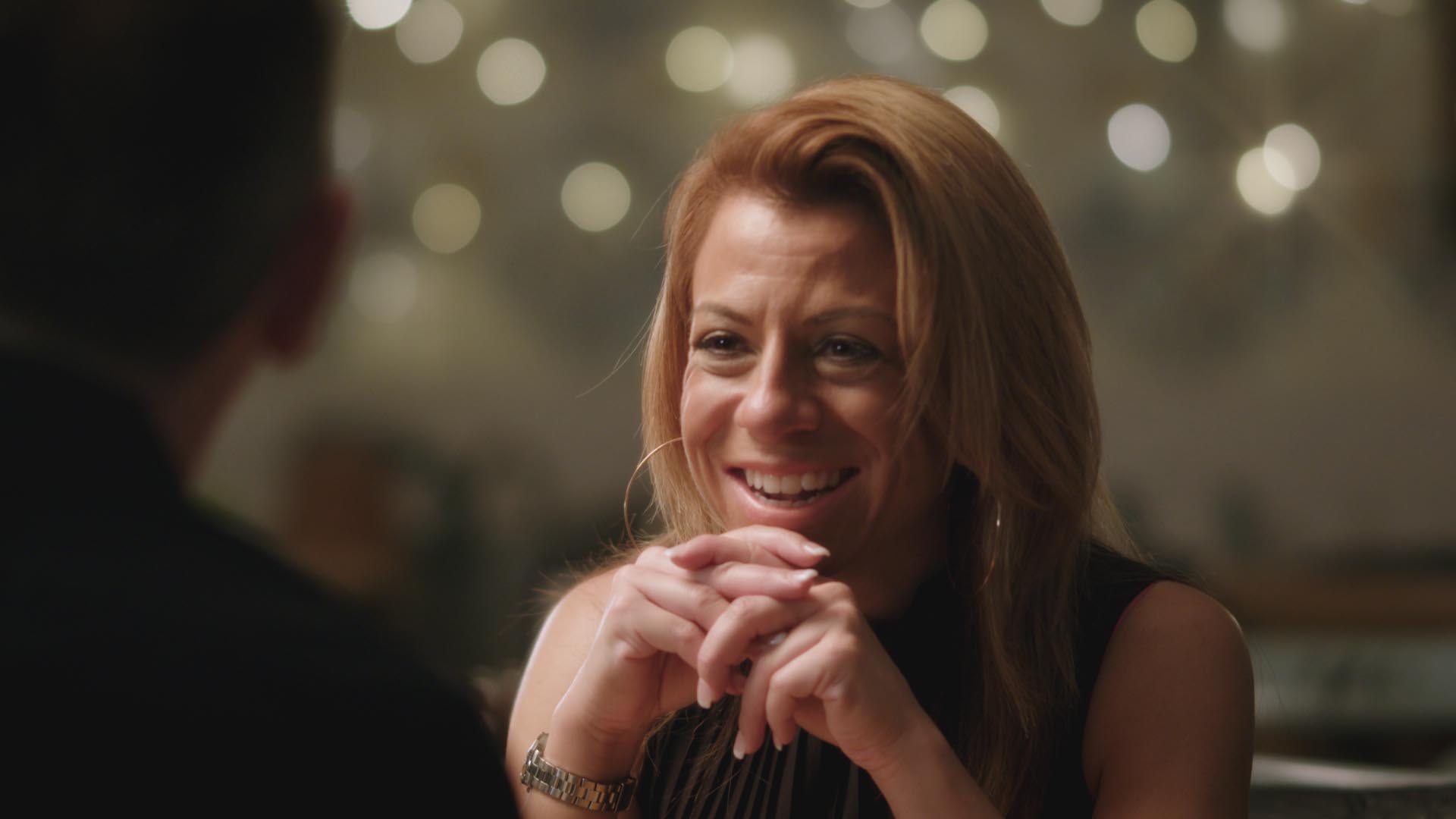 Co-parent candidates go for drinks with their matches to see if they’re interested in having a child togetherCredit: Fremantle

The mums-to-be include high-end nanny Venicia, who spent years caring for the kids of others.

“I raise these babies every day and I’m ready to keep them!”

The online community of people searching for a co-parent is thriving – but it can be a bit of a wild west.

Some have extremely lax vetting processes, and others are simply organised as Facebook groups. 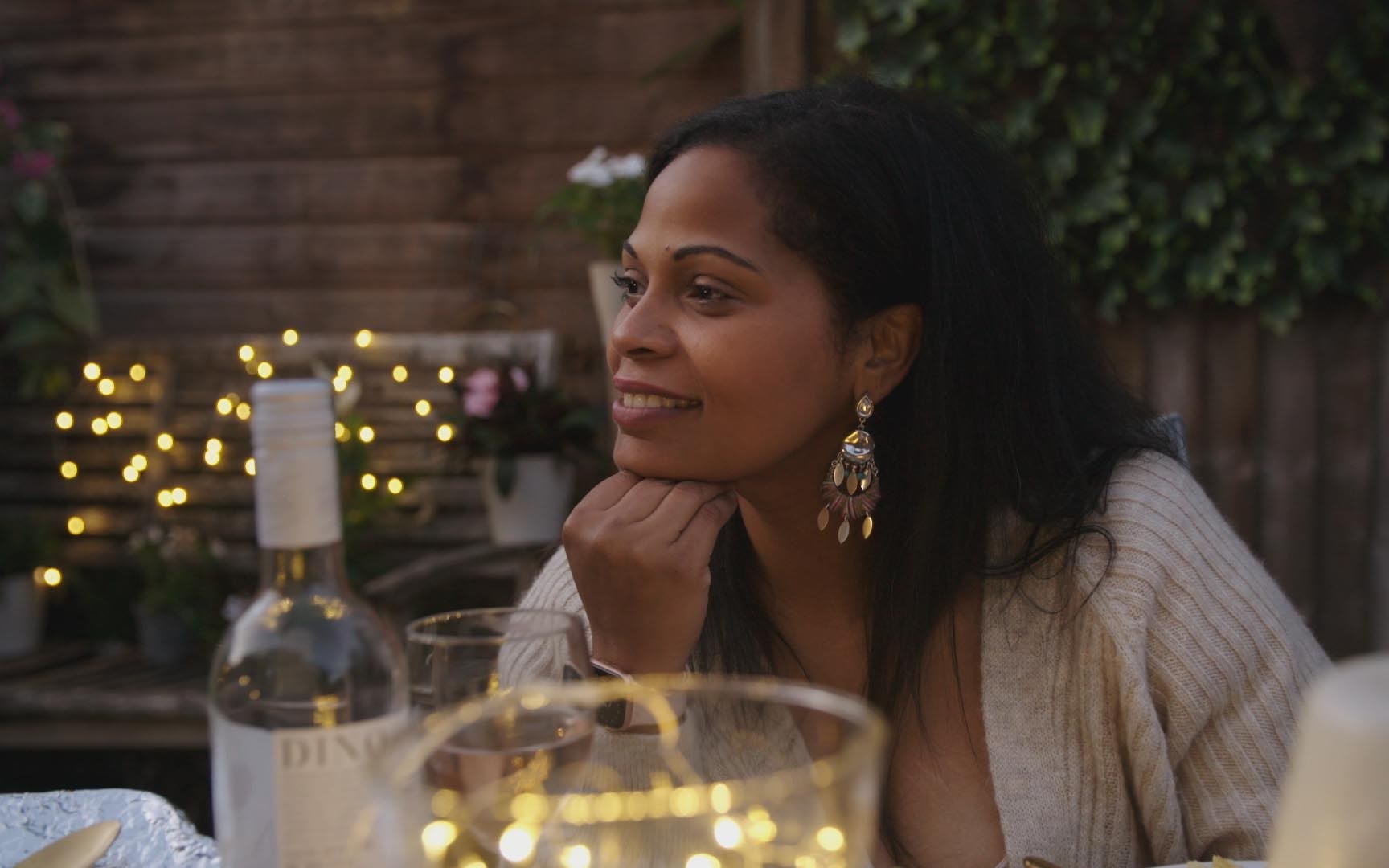 Venicia, 34, looked into co-parenting because she felt time was running out for her to have kidsCredit: Fremantle

These can even end up being filled with blokes who aren’t really looking to raise a child – they just want to have sex.

To get around the pitfalls, Dr Marie Wren, deputy director of the Lister Fertility Clinic in London, created a more professional programme for prospective co-parents.

Factors like a person’s motivation for having a child, how traditional their values are, and what they say they want from others are all considered in the matchmaking process. 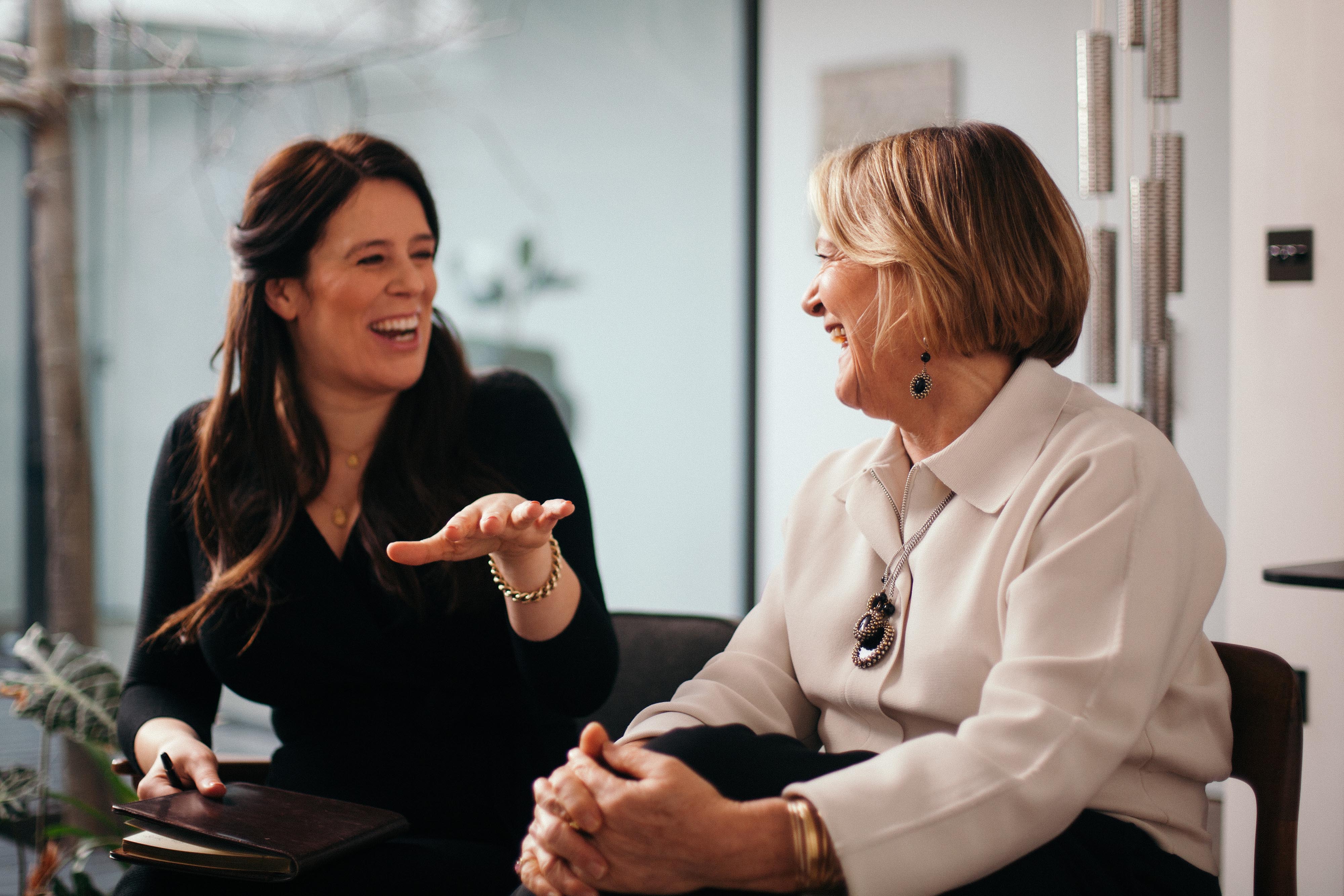 It’s up to the couples how they would actually conceive their child.

While candidates excitedly review the profiles of potential partners, Dr Wren is eager to remind them that this isn’t a dating service.

“It’s perfectly possible that people who meet through this process could have a romantic spark,” she says.

“However, romantic entanglement might just make it more complicated.”

While Dr Wren’s programme aims to make co-parenting simpler, those who want to take part often have complicated reasons for doing so. 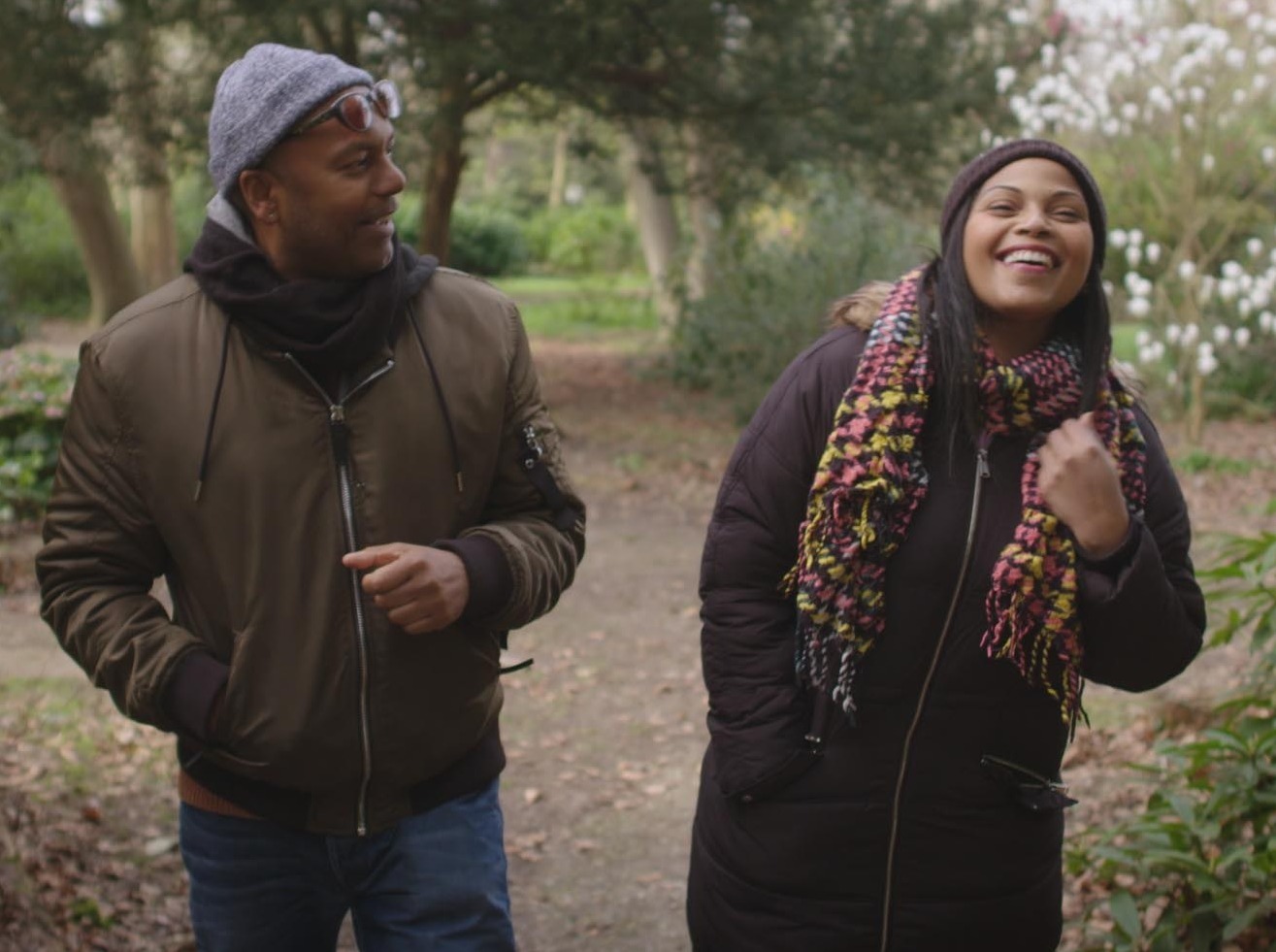 Venicia with Jean-Paul, one of the men Dr Wren put her in contact with as a potential matchCredit: Fremantle

Her glamorous job has taken her abroad to work in places like South Africa and Dubai – but the pain of no longer being needed by the kids when they go off to school has become unbearable for her.

“Every time I leave, it’s getting harder and I feel like I’m definitely ready to start a family of my own,” she says.

“I just feel like I haven’t got the luxury of years between dating and getting to know each other, and then having a child.

“I just feel like time isn’t on my side.” 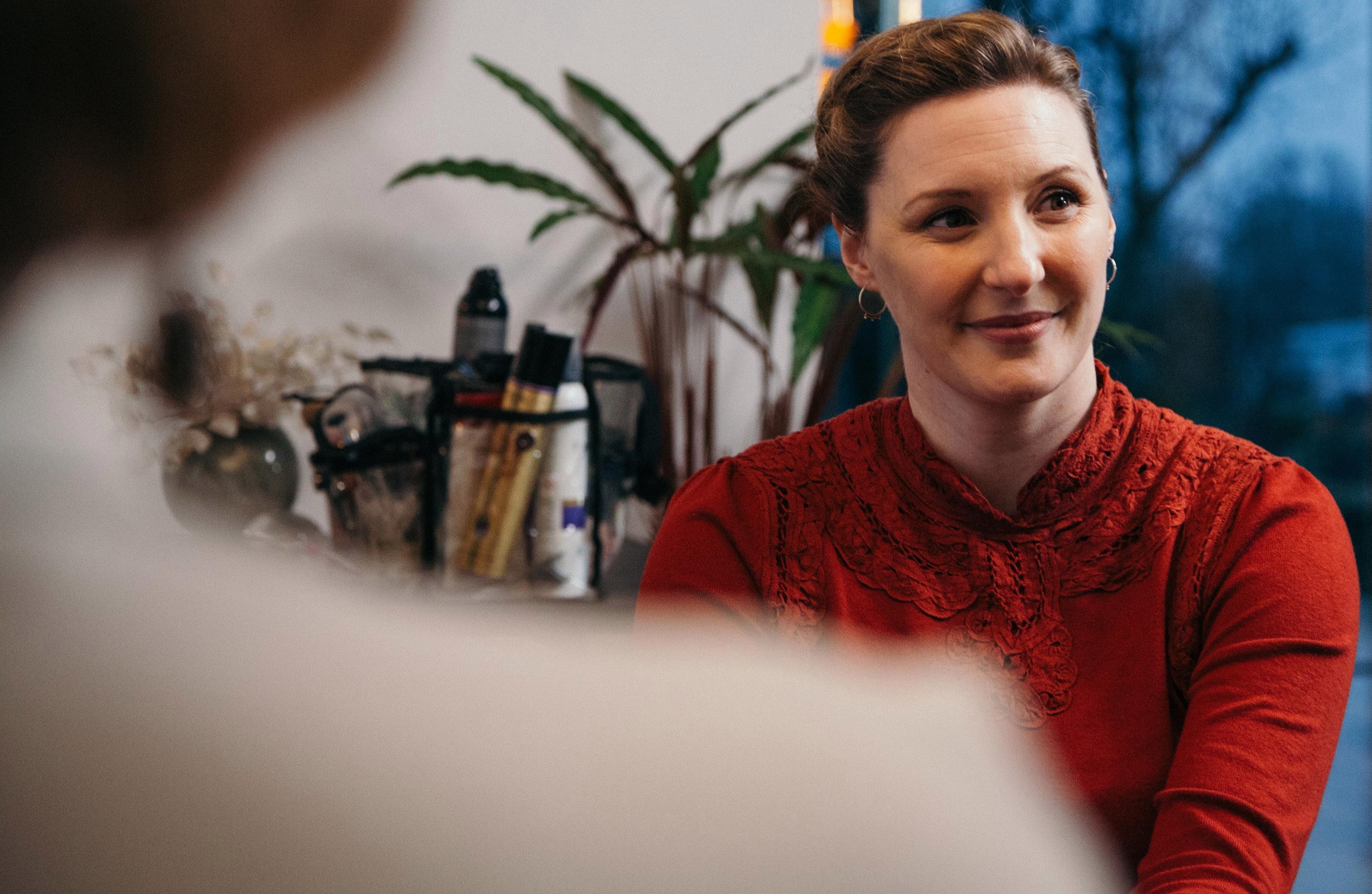 Like Venicia, 38-year-old Sarah sought help from Dr Wren after finding the hunt for a co-parent exhausting.

“Trying to find a co-parent can be a little like shoe shopping because you end up looking for the shiniest of all of the options,” Sarah says.

Because the point isn’t to fall in love, Dr Wren’s service opens the possibility of a gay person co-parenting with a straight person – which some candidates, like Sarah, even see as preferable.

“It means that the focus is all on the child and not on the co-parents,” she says. 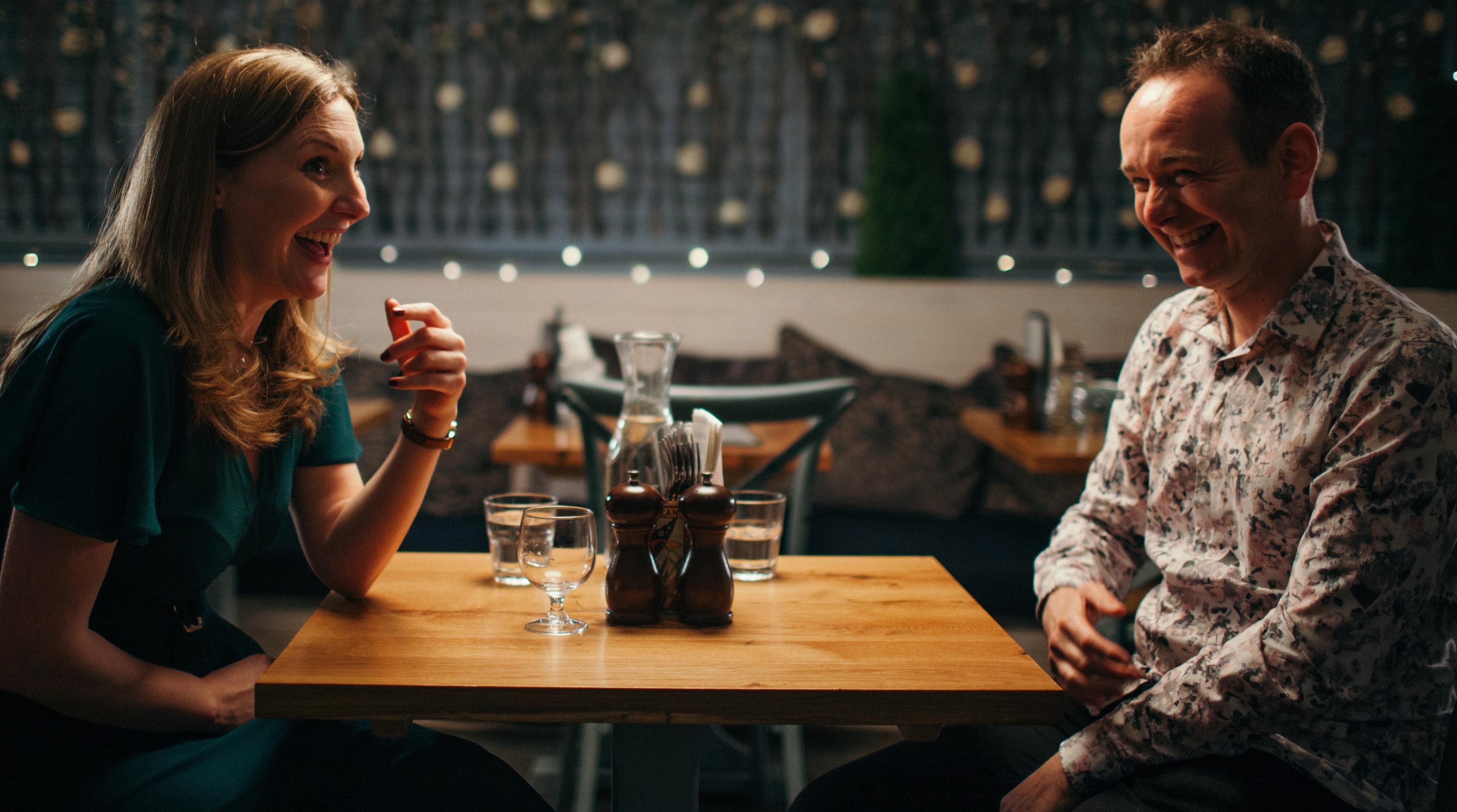 One of the men she’s matched with is 47-year-old Chris from Manchester, who shares that he wants kids so badly that he’s even had dreams in which he’s pregnant.

“If I don’t have children, my family line will die out,” Chris says, tearfully adding that he wants to see his parents become the amazing grandparents he knows they’ll be.

Another man Sarah is matched with, also called Chris, explains he realised he wanted a child while in hospital after a near-death experience.

“I laid there thinking I want a family,” the 40-year-old Londoner says. 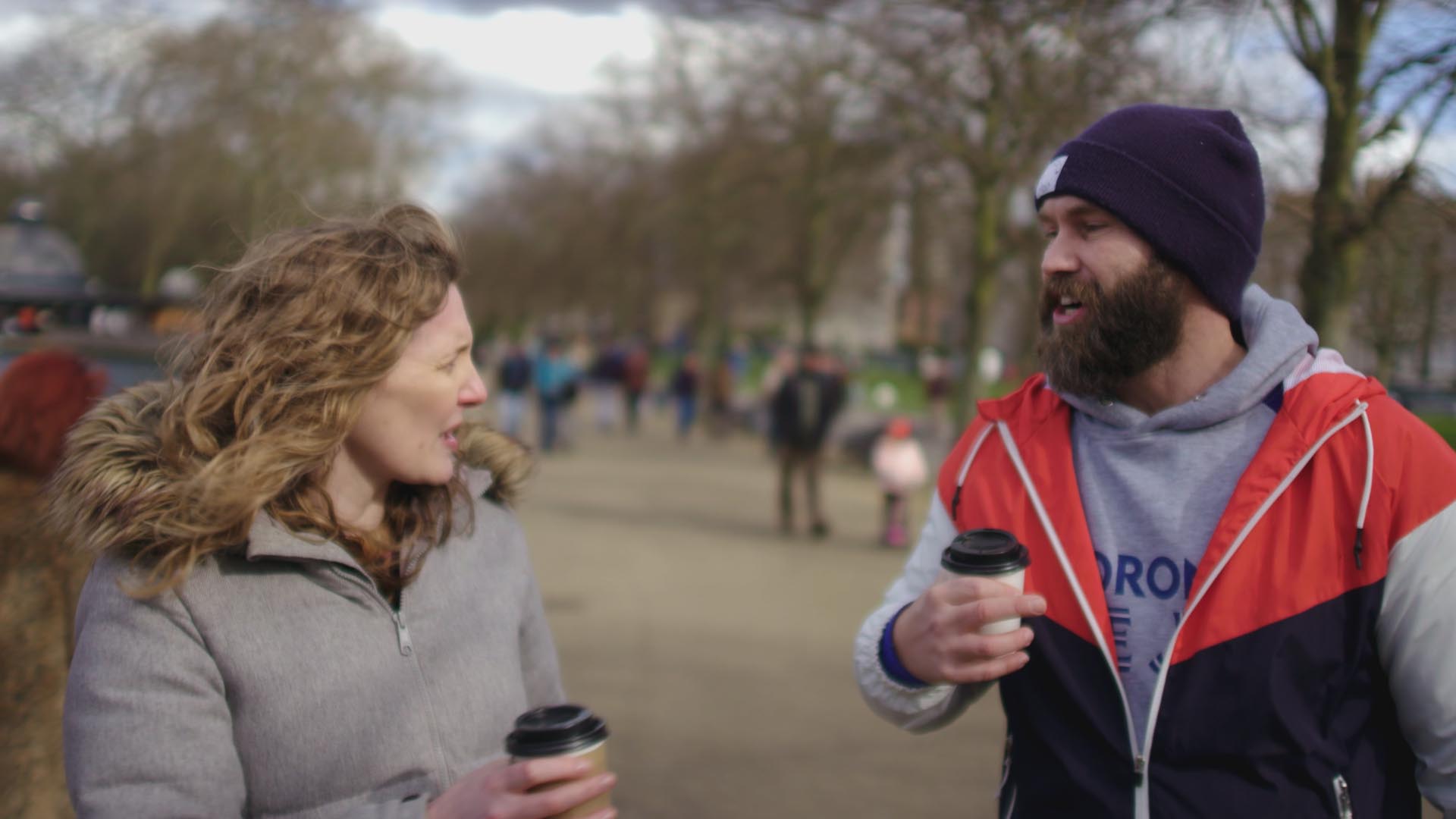 Chris decides not tell Sarah about his health scare during their first meeting as matchesCredit: Fremantle

Whereas for Ian, he shows it’s not just women who worry about time-pressures when it comes to starting a family.

‘I did find her attractive’

Nigel from Hertfordshire couldn’t conceive with his ex-partner naturally or with IVF, and it was only once they began the adoption process they decided to split for good. 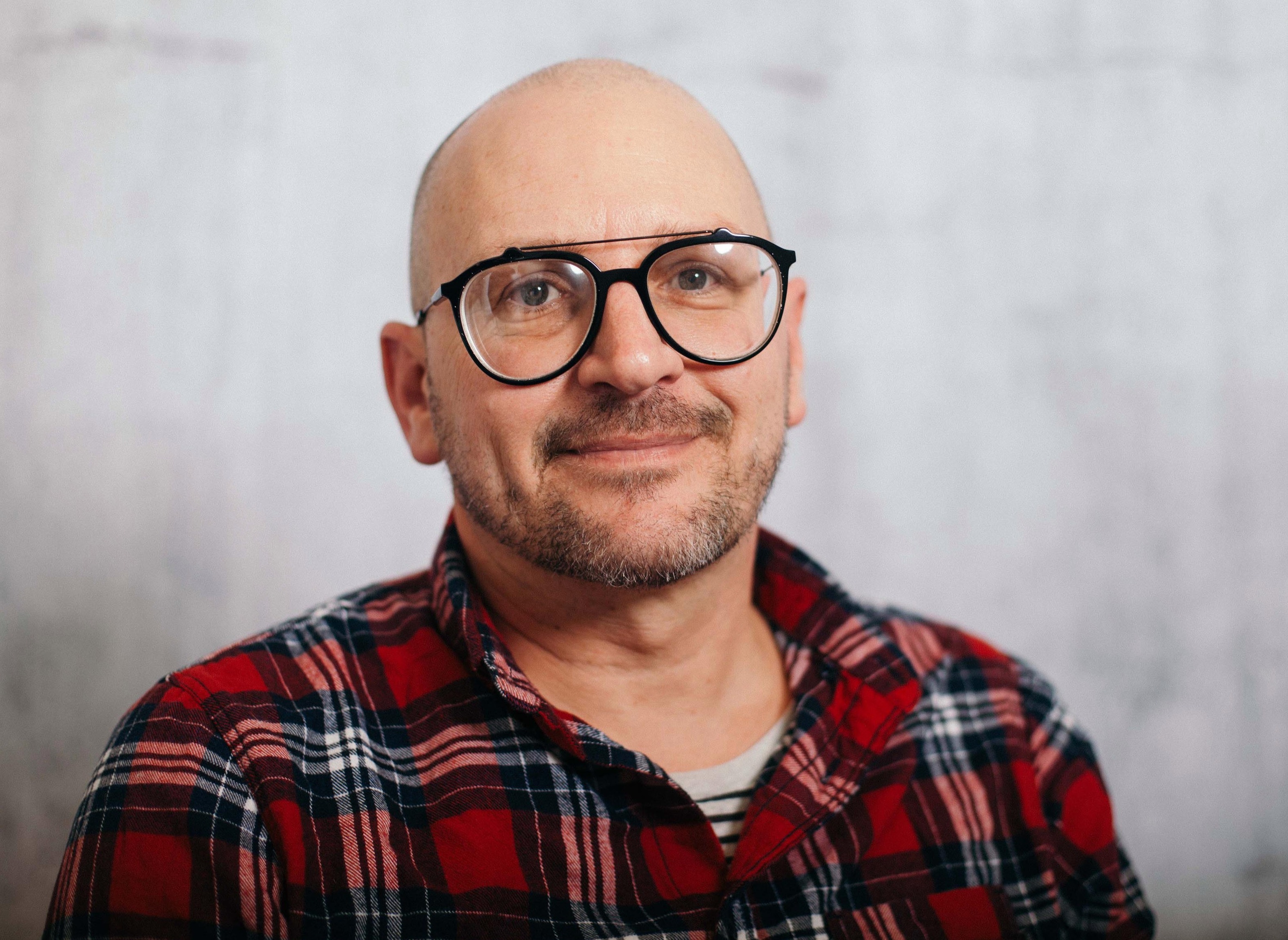 Nigel, 47, knew he wanted to have kids because of the joy he gets from his twin niecesCredit: Harry Winteringham/Fremantle

He still wants to have kids and is hoping co-parenting will be the answer – which is why he doesn’t immediately tell Venicia about his fertility issues.

Whereas for 50-year-old Jean-Paul, who already has two teenage sons from a previous relationship, he just can’t get enough of being a dad and wants to have more kids.

“If I could choose any activity in the day, it would be to spend time with my kids,” the business trainer says. 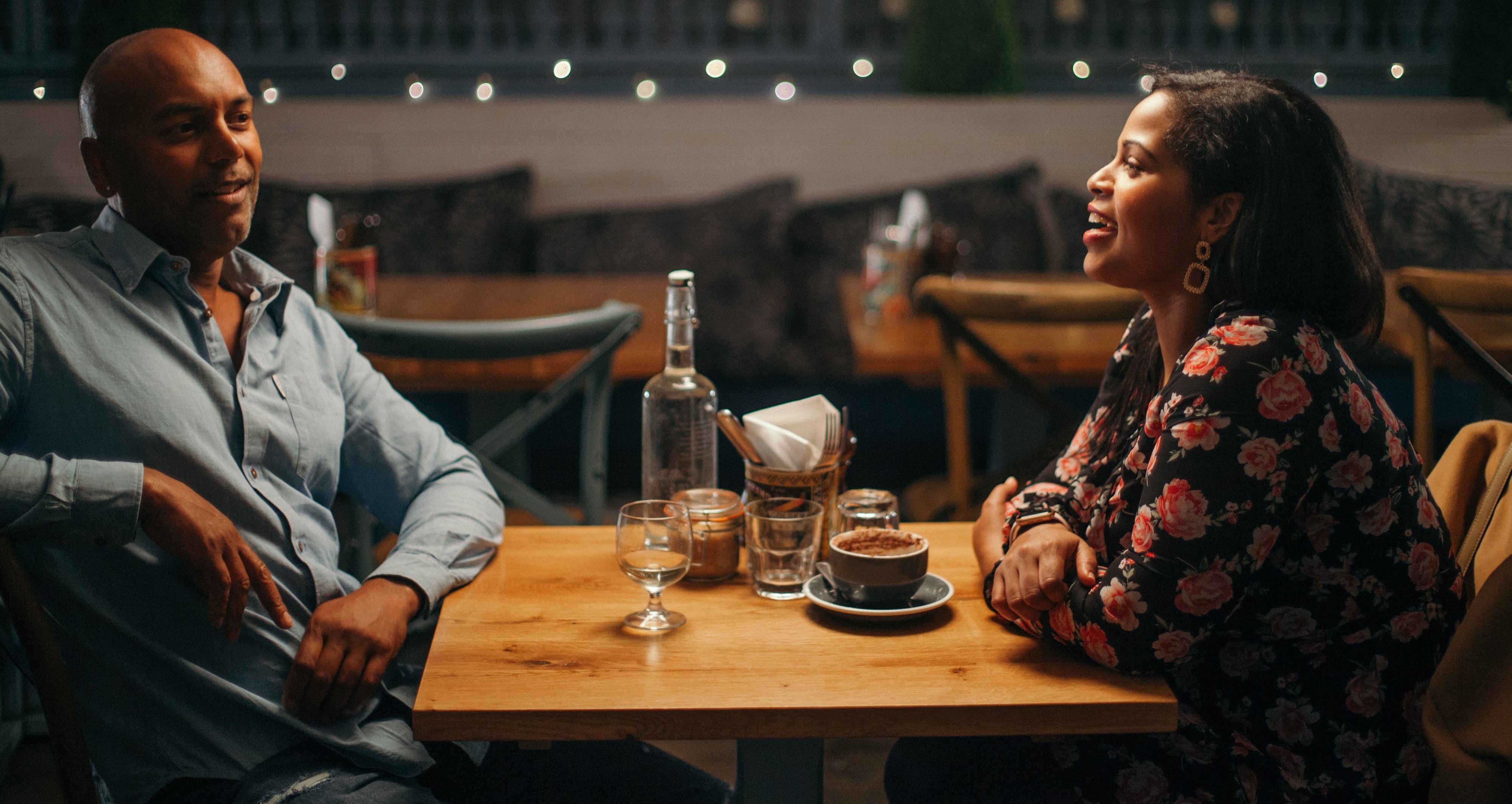 Venicia initially thought she didn’t want to co-parent with someone who was already a dad – but Jean-Paul persuaded her there are benefits from experienceCredit: Harry Winteringham/Fremantle

But after his meeting with Venicia, it becomes apparent that Jean-Paul might have more on his mind than purely practical plans.

“I did find her attractive,” he says.

“I’m not in a romantic relationship, so I’m open to it. But it’s not a prerequisite.

“If it happens, that’ll be brilliant, but if the most that happens is that we co-parent, that would be mission accomplished.”

We’ll just have to wait and see how he gets on with his mission.