BABY loss is still shrouded in secrecy, but more and more women – from Chrissy Teigen to Meghan Markle – are now speaking up.

We meet three women determined to break the miscarriage taboo. 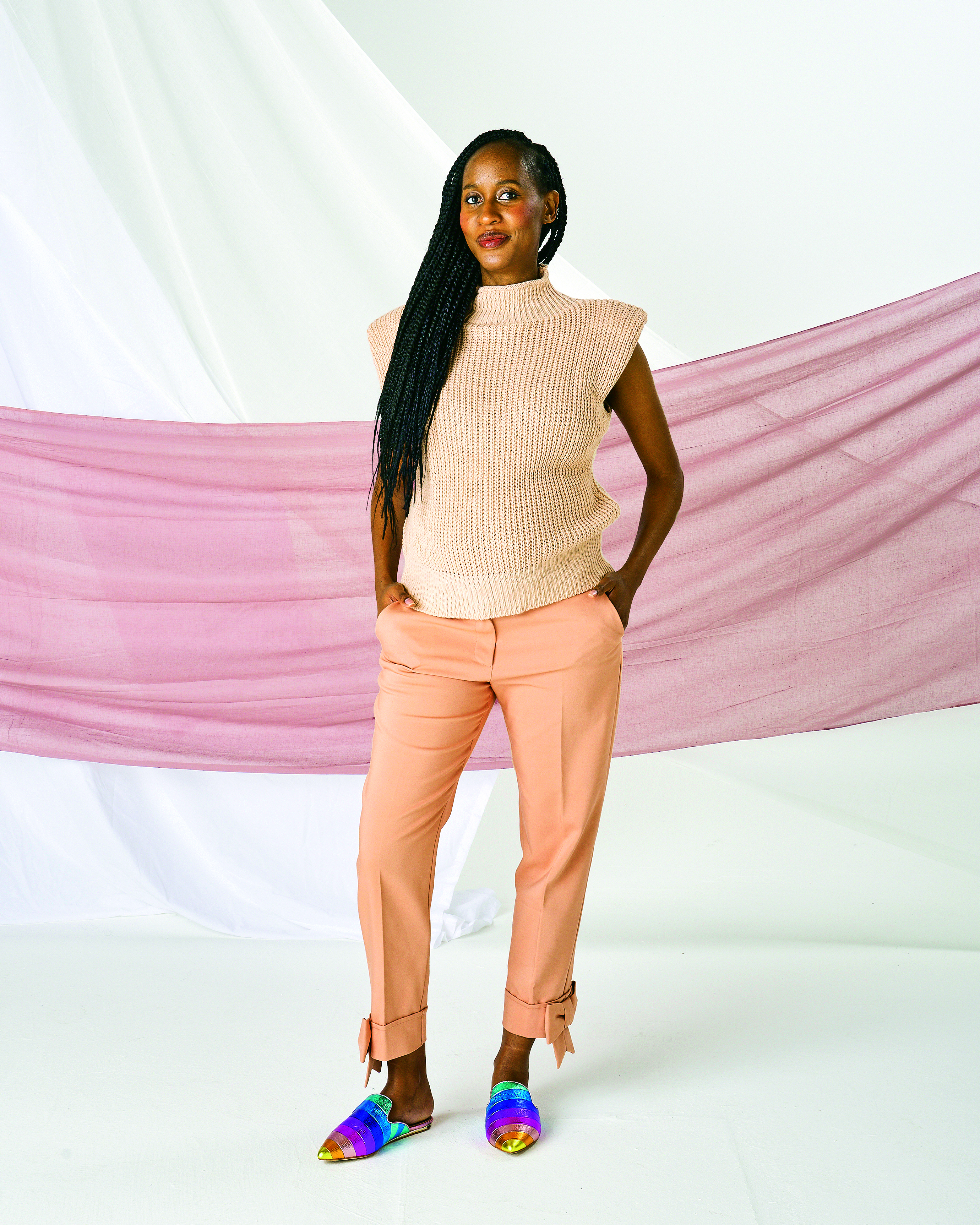 Katiso Ndlela speaks out about her experience of losing a babyCredit: Lancton

‘My midwife cried as she delivered my stillborn son’

Katiso Ndlela, 36, works for a marketing start-up and lives in Hertfordshire with husband Mongezi, 42, and daughter Unami, three. 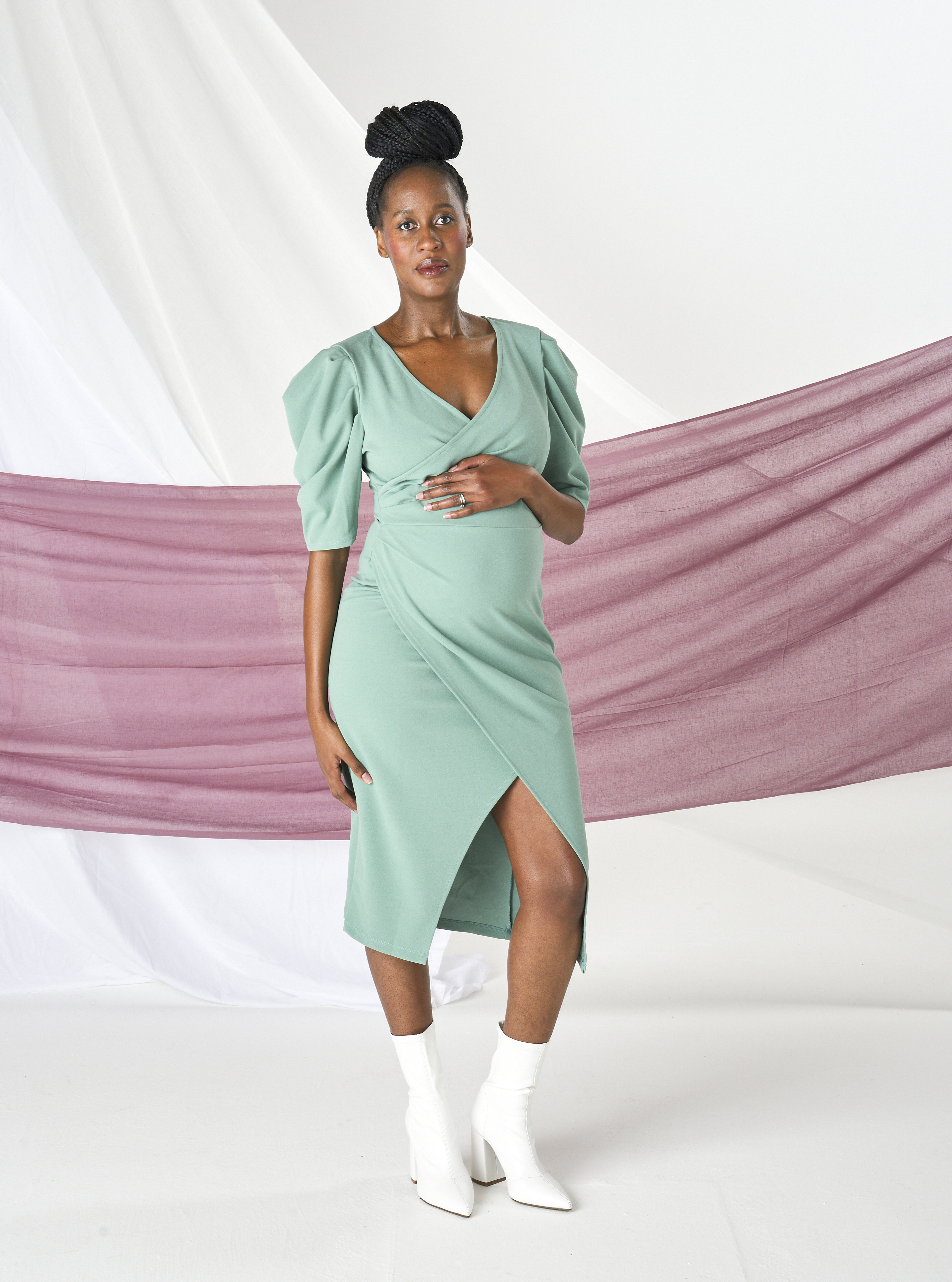 “As I pushed, tears streamed down my face. How could I give birth to a baby I couldn’t take home? I felt like my whole world was at an end.

Just five years earlier, life had seemed full of possibilities. I met Mongezi at a wedding in September 2014, and we just clicked. In November 2016 we discovered I was pregnant and I felt euphoric. We got married the following February, and our daughter Unami’s birth five months later was magical.

In August 2018 I excitedly realised I was pregnant again. At first, things were fine – some bleeding at 16 weeks, a reaction to a flu jab at 19 weeks, but nothing major.

Then in early December, we were on holiday in South Africa where I grew up, when I fell on my stomach. I had a scan, which was clear, so I told myself not to worry – but just a week later, I was mugged while out shopping. 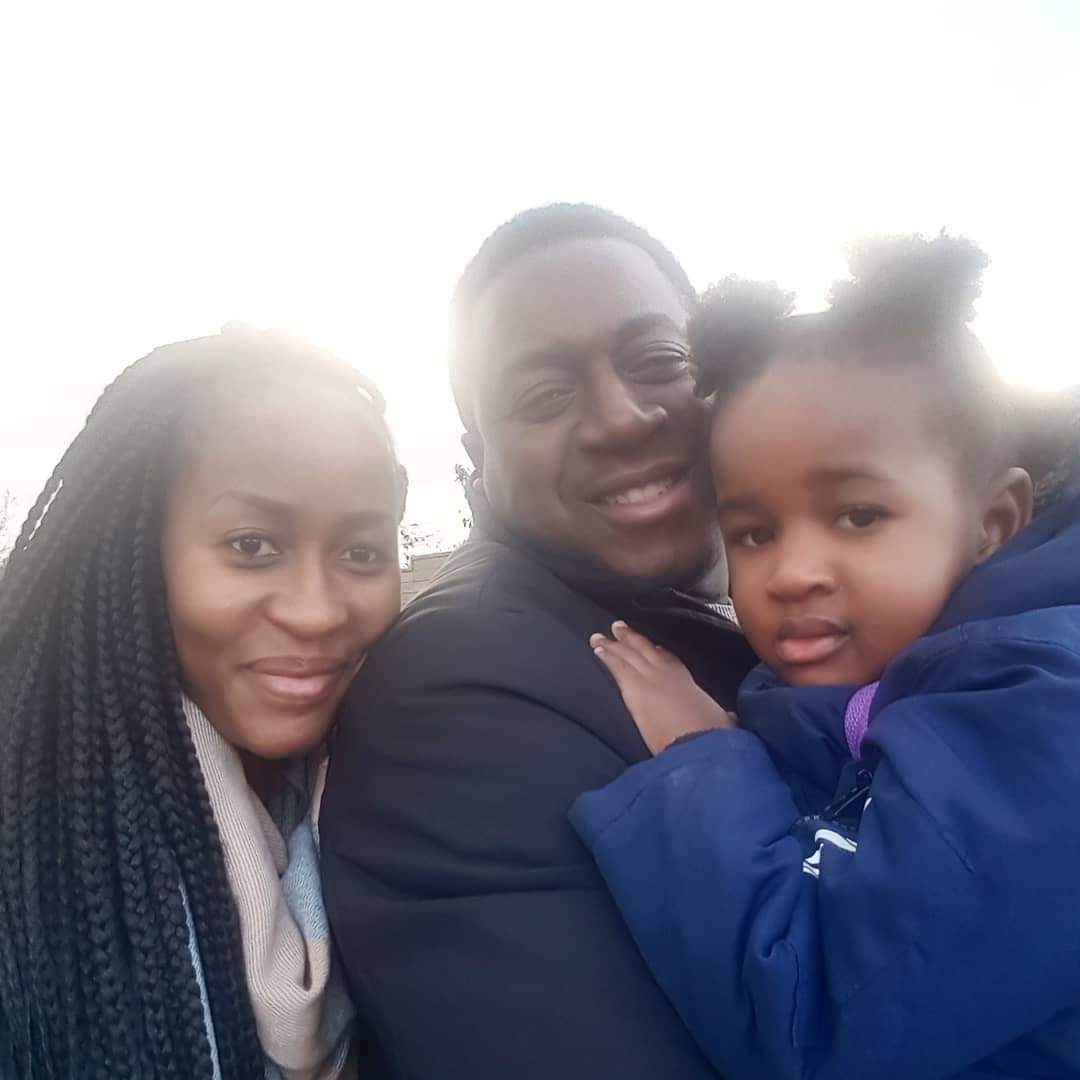 The attacker held a knife to my belly before snatching my money, which was terrifying. With such bad crime rates in South Africa, I didn’t bother reporting it. I wasn’t hurt, but I was very traumatised.

Back in the UK, my 21-week scan went well, and we learnt the baby was a boy. But a few days later, on December 19, I woke up with a terrible headache, and realised my baby wasn’t moving.

With Mongezi at work, I took Unami with me to get scanned again. I wasn’t too concerned – until the doctor told me there was no heartbeat. There was a second of silence, then I felt ringing in my ears and heard screaming – though I didn’t know if it came from Unami or me.

In a blur, I rang Mongezi. Telling him was the most painful thing I’d ever had to do. When he arrived, the staff were incredible and gave us some space to just break down. They listened and cried with me. My pain was their pain. 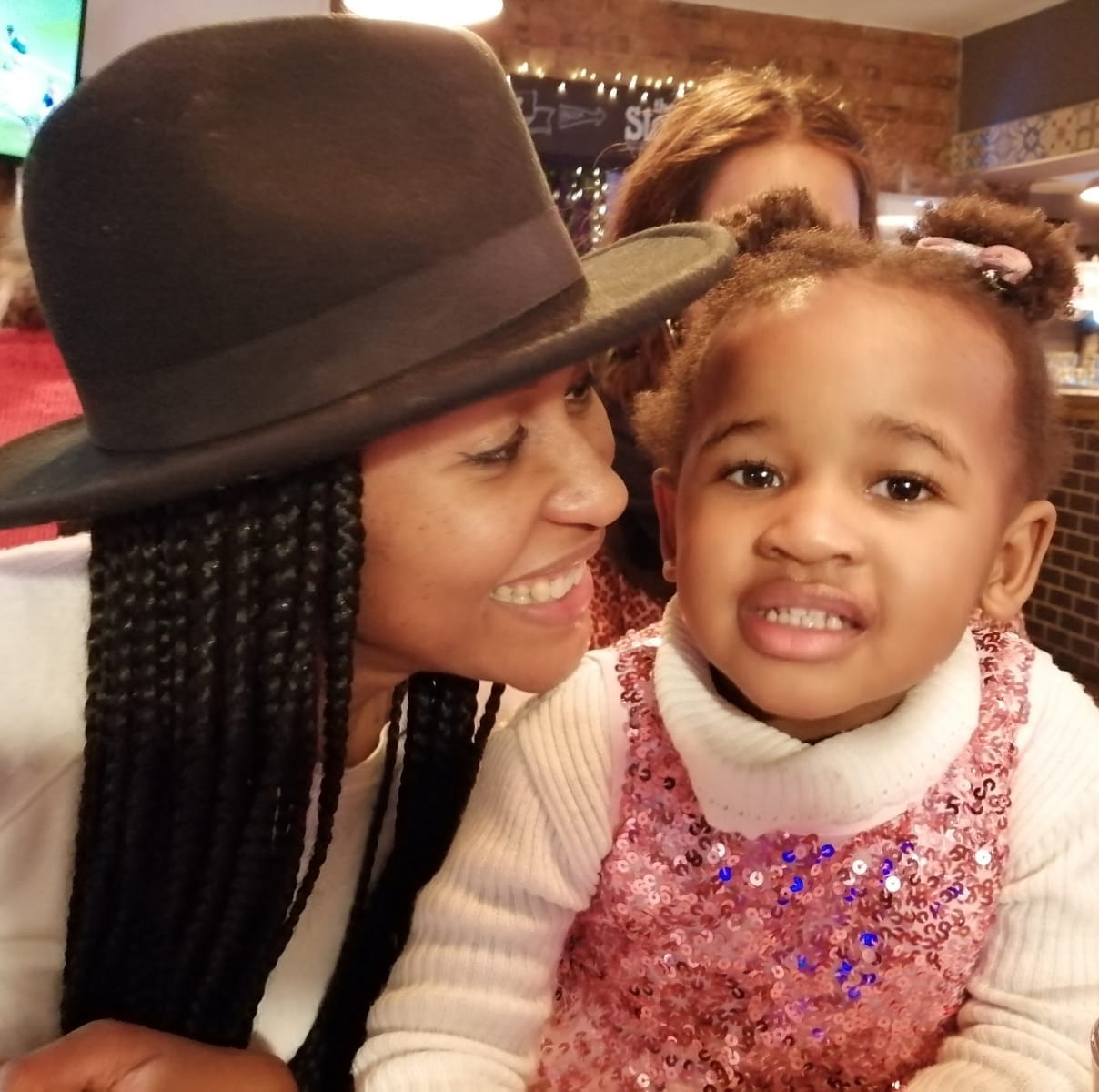 Katiso with her three-year-old daughter Unami

I had to be induced and deliver vaginally, which felt almost impossible. It was only with the help of the midwife and Mongezi that I kept going. When my son arrived he was so beautiful and peaceful.

The midwife cried when she delivered him to me. We named him Imuli, which means family.

For five hours I held Imuli, singing lullabies, telling him how much he was loved. I wanted every minute to count, knowing I’d never be able to hold him again.

The heartbreak came in waves – telling our families, coming home from the hospital on Christmas Eve to a house that would never have our son in it, planning his funeral. 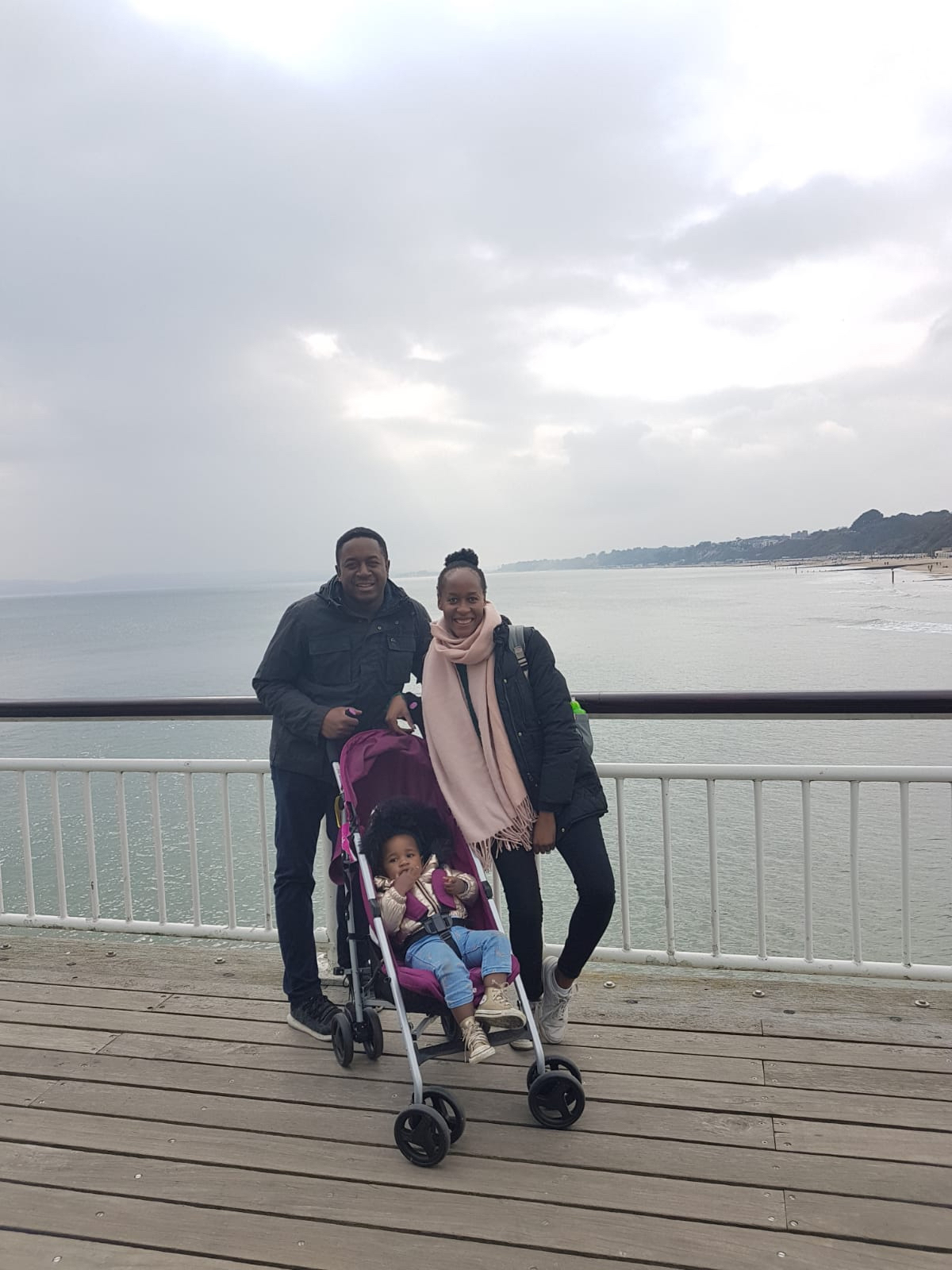 I had endless questions. Had my miscarriage been caused by tripping over, or the trauma from the mugging? We got Imuli’s autopsy results the following March. They found a blood clot behind the placenta but the coroner couldn’t tell us why that happened.

Just a week later I was shocked to discover I was pregnant again. Tragically, we lost that baby at seven weeks. Only the love of Unami and Mongezi got me through it. I also started attending a SANDS (Stillbirth And Neonatal Death Society) support group for people affected by baby loss. It’s been a huge help, and I feel much less alone.

Discovering I was pregnant again in June was hard. Now I’m just counting down until my due date on February 4. I’m speaking out to help create a culture of openness around baby loss and to honour Imuli. I may not be able to hold our son, but he’s with us every day.”

‘Blogging has helped me through the heartbreak of eight miscarriages’

Nicola McGowan, 34, is an activities co-ordinator in a care home and lives in Glasgow with husband Nikki, 33, a graphic designer, and her stepson Kian, 11. 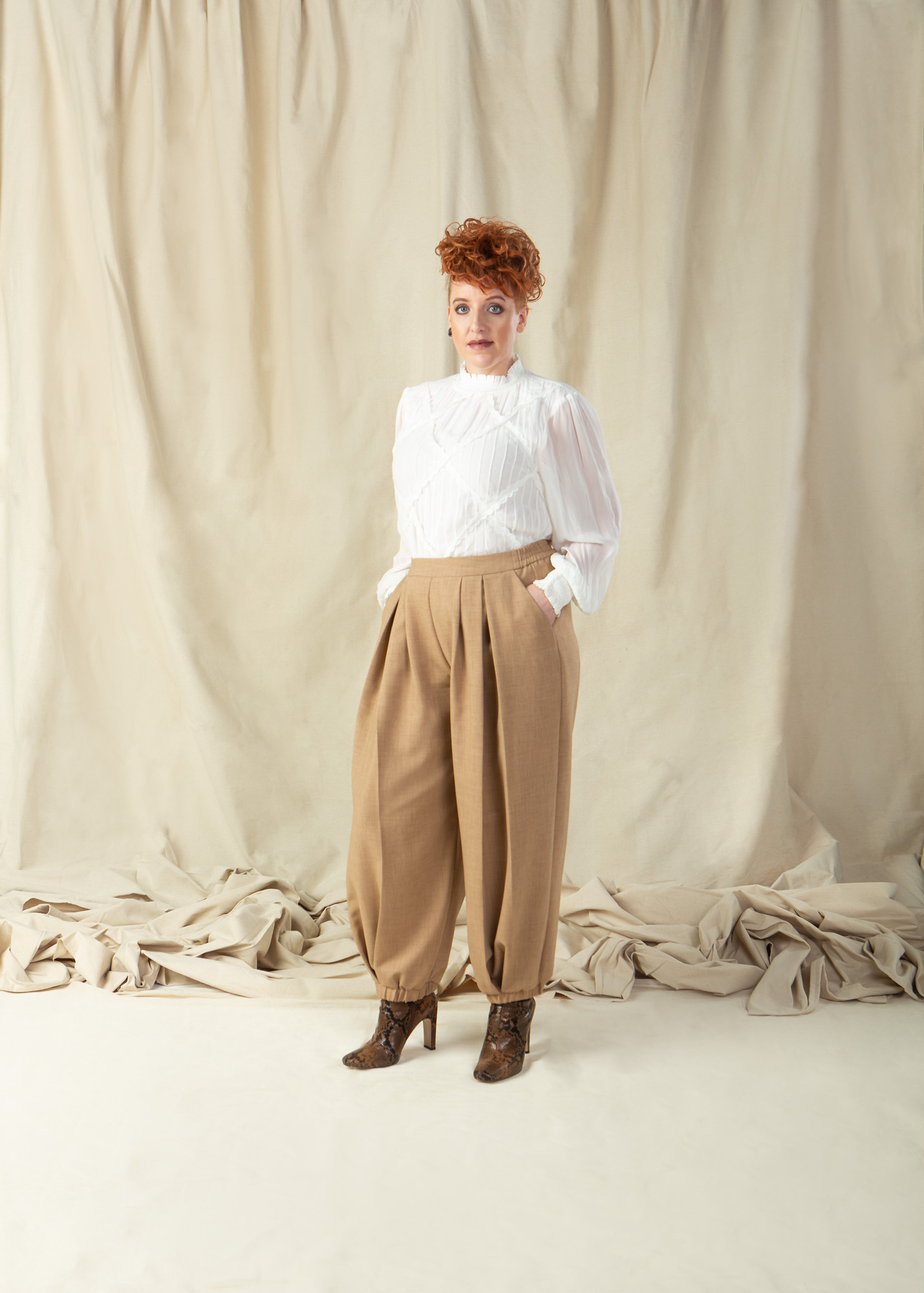 “Listening to my husband Nikki’s wedding speech, I couldn’t stop smiling. Hearing him share our surprise 10-week pregnancy with friends and family was the happiest moment of my life. I had no idea of the heartbreak that lay ahead.

I met Nikki via online dating in April 2014. We were engaged by November and married in January 2015. It seems fast, but I just knew he was The One. At first, I wasn’t sure if I’d ever want a child. But after spending time with Kian – Nikki’s lovely son from a previous relationship – I decided I wanted to try for a baby.

I had the coil removed in October 2014 and became pregnant almost immediately. Heading off on our honeymoon to Cuba, I couldn’t have been happier. In the second week of our holiday, when I was 12 weeks pregnant, I started getting cramps and bleeding. A doctor said I was fine, but I knew something was wrong. While I was in the clinic toilet I felt something land in my hand, and knew it was our baby. All I could do was scream for Nikki.

It’s hard to describe the emptiness. Back home, all I felt was darkness. Those happy newlywed months were stolen from us. I’d see Nikki laughing with friends, and feel furious that I was the only one suffering. But I kept it all inside. Finally, in April 2015, we had a big argument. Nikki admitted that he was heartbroken but wanted to be strong for me. But we finally learnt to open up and support each other. 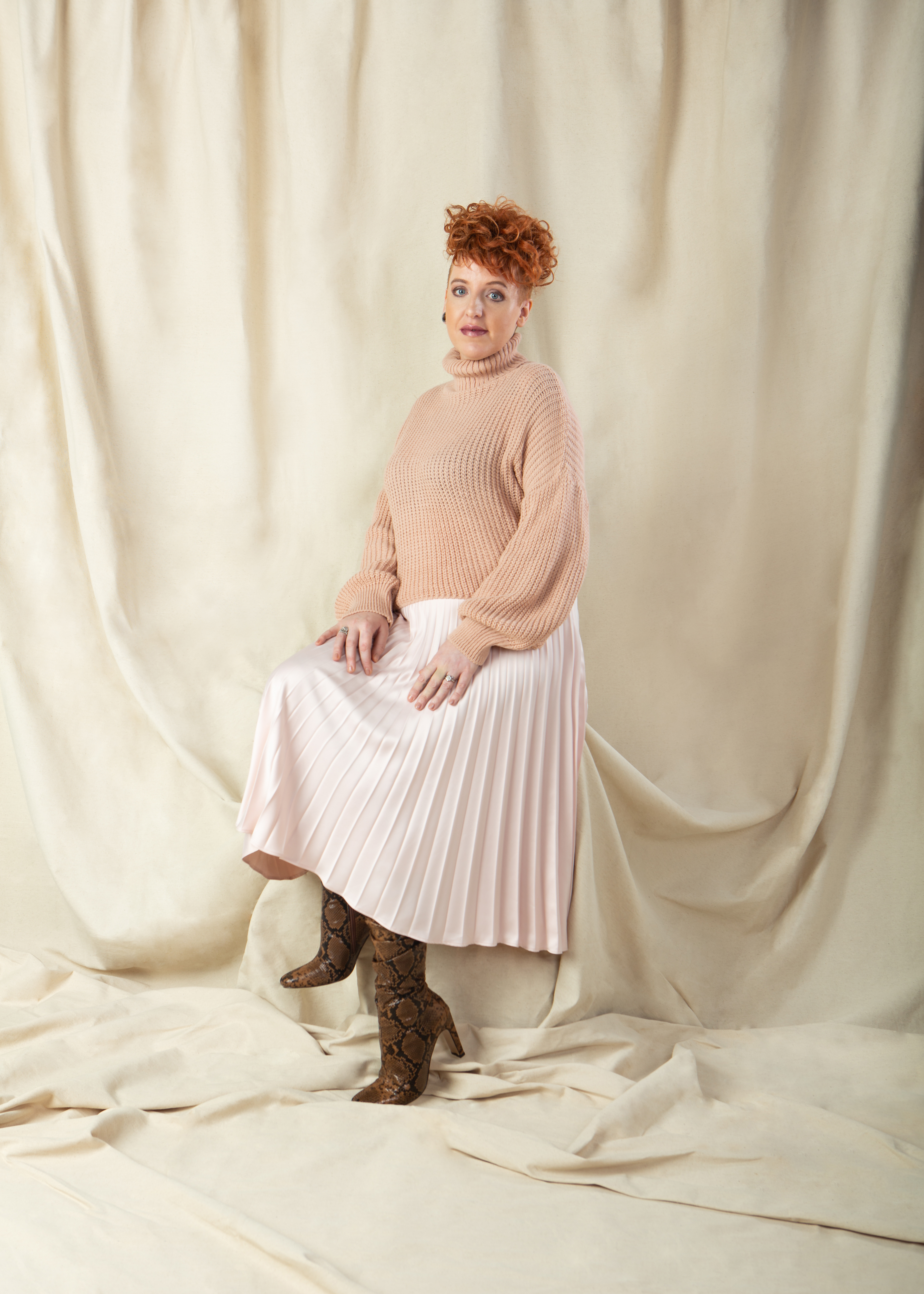 Nicola started a blog to document her experience with pregnancy and miscarriageCredit: Lancton

Desperate to be pregnant again, jealous of the bumps and babies I saw everywhere, I needed a way to express my feelings. So in September 2015 I started a blog. Then two months later, I miscarried at seven weeks, then again the following March and once more in October 2016.

Tests revealed nothing – I felt like such a failure. A proper woman can get pregnant and stay that way, I told myself.

I blogged all through 2017 when I couldn’t get pregnant and also when we started IVF in February the next year and had a failed embryo transfer. On Christmas Day of that year I lost the first of my IVF twins and the second miscarriage happened two weeks later.

Joy turned to sorrow again and again. When people’s sympathy fell away because they didn’t know what to say after yet another loss, or when I was overwhelmed by jealousy, the blog was my refuge. 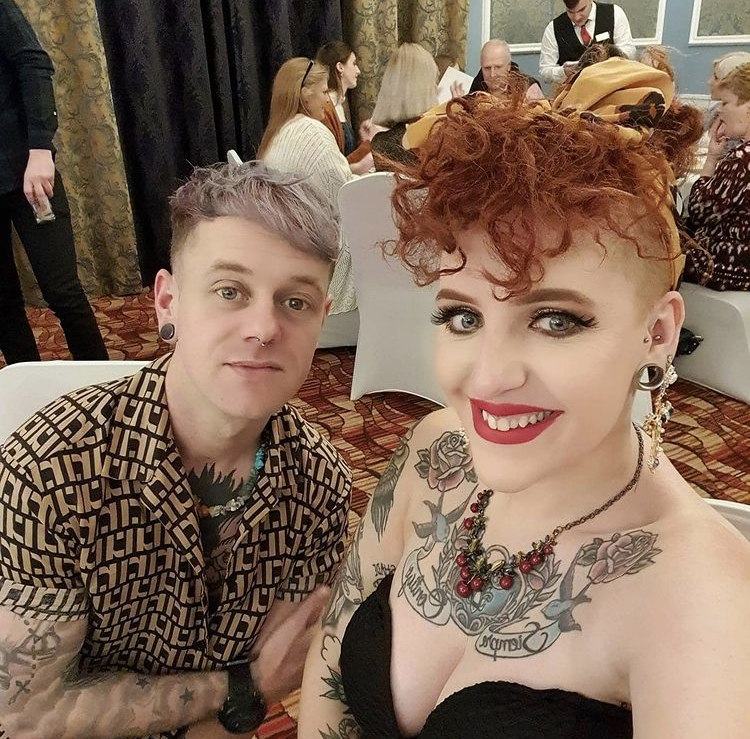 Nicola and Nikki tried IVF, but miscarried each time

I didn’t censor my writing at all. To help myself, and hopefully others, I needed to be raw and real. In 2018, I took the next step and began opening up on Instagram, wanting people to understand the enormous impact miscarriage has.

Last year was hard. After our final IVF cycle led to a miscarriage at six weeks in January, I became pregnant naturally in April, but again it ended in loss at just five weeks.

But the response to my writing has been incredible. Women sharing their stories has helped me enormously. It inspired me to start a non-profit company called NellyBoxes, creating self-care boxes containing items such as mindfulness cards and journals, for those who’ve experienced baby loss.

There is no happy ending to my story. Although I adore Kian, I still feel I’ve missed out on some parts by not having my own child. The experience of having a baby grow inside you, of giving birth, of all the baby stages… I still dream of having them. Nikki and I have discussed other avenues, such
as adoption. We haven’t shut the door on anything. For now, I want to share my story to let others know they are not alone.” 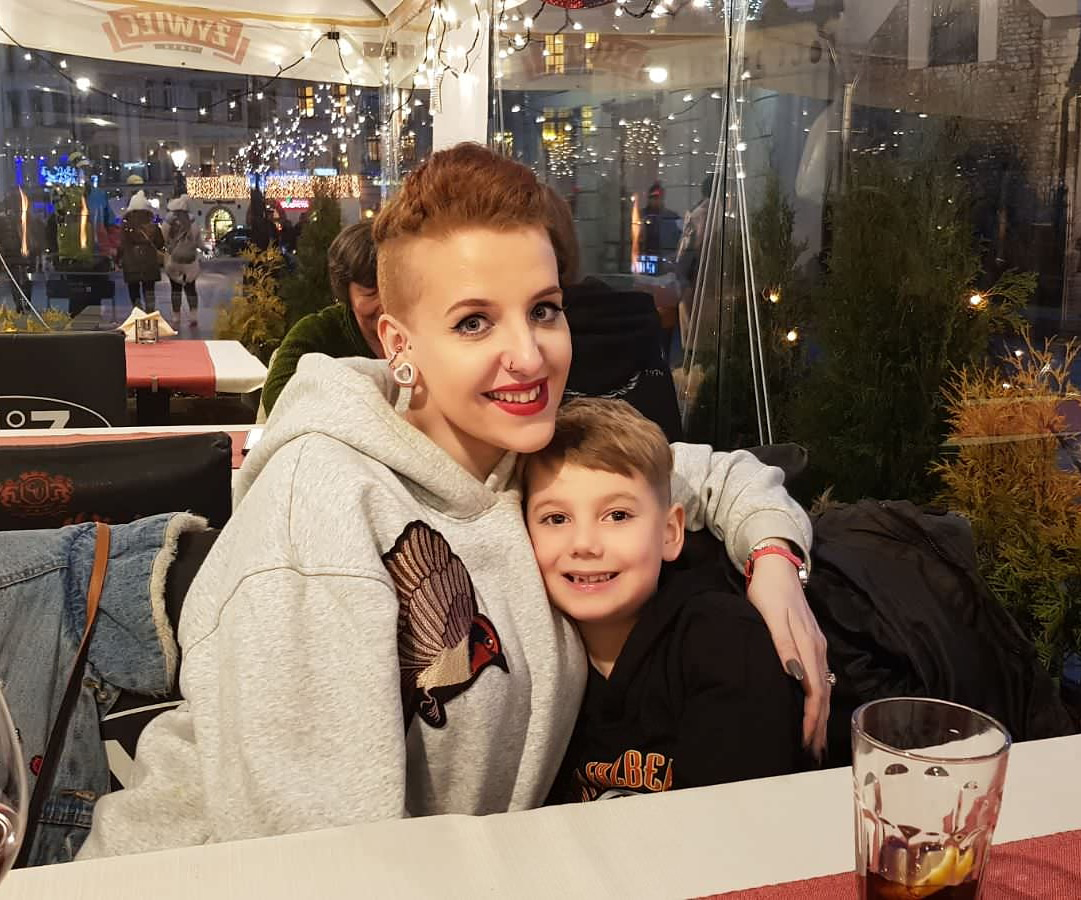 Nicola with her step-son Kian

‘I was pregnant at the same time as my sister-in-law. I lost my baby, and she had hers’ 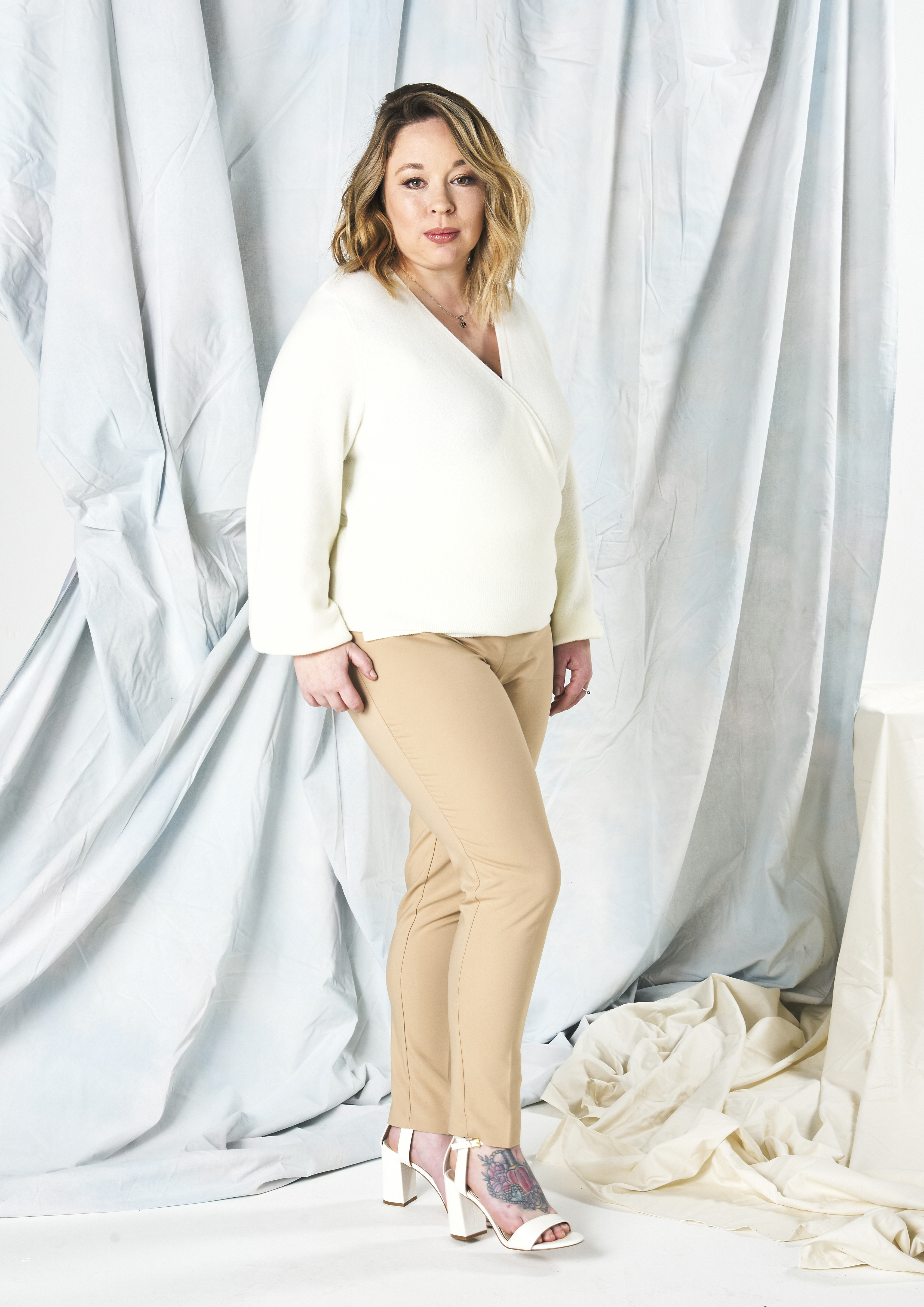 When Charlotte fell pregnant with her second child, she discovered she had the same due date as her sister-in-lawCredit: Lancton

“It’s the phone call no one wants to make – how do you explain that your baby has gone? Calling my sister-in-law Emma was the hardest. She was the woman who, until that day, had happily shared my due date.

When we began trying for a second baby in 2018, I talked about it with Tom’s sister Emma. She worked with me at the family business, and we were very close. We even joked about being pregnant together, although with two children at home, Emma said she had no plans for another baby.

In February 2019, I confided that I was eight weeks pregnant – and as soon as I saw Emma’s shocked face, I knew she was too. Hers was a surprise pregnancy, and we couldn’t believe it when we discovered we had the same due date. 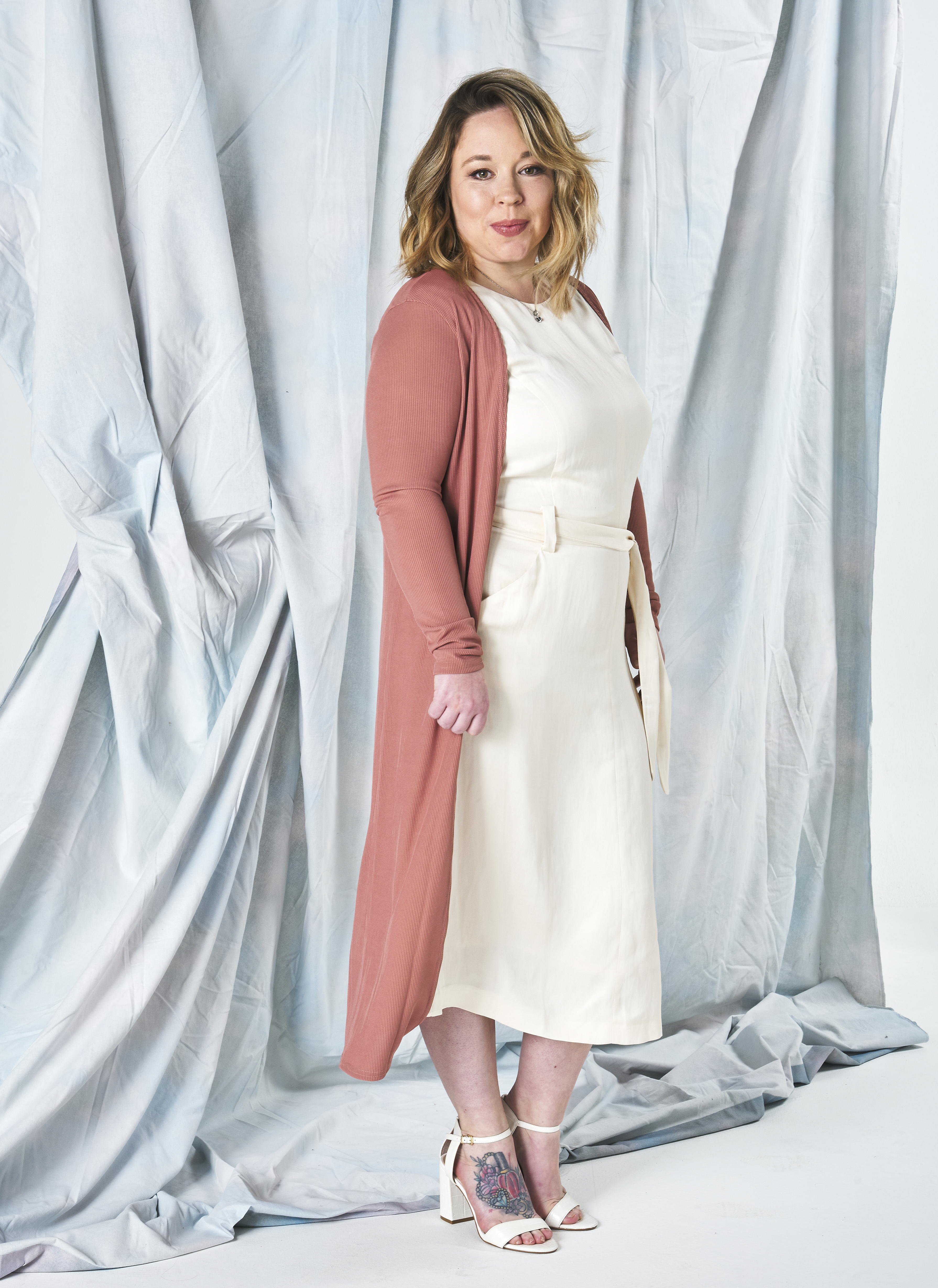 At 12 weeks, a scan revealed the baby had no heartbeatCredit: Lancton

Just before my 12-week scan in March, I felt cramps. The morning of my scan I started spotting, and telling Tom as we drove to the hospital, I burst into tears.

A scan confirmed my worst fears – there was no heartbeat. All the options were explained to us, and I chose to take the medication and go home. In the car we made the calls. Emma doesn’t often show her emotions, so when she cried it was dreadful.

The miscarriage was awful. Dramas often show the emotional side but never the physical – the cramps and clots, having to constantly change pads. I was so lucky my midwife had prepared me for what was to come.

When I went back to work, Emma wanted to protect me, saying that if she was ever being ‘too much’ about her pregnancy, I was to tell her. But I wanted her to enjoy every minute. Tom did struggle, both with our miscarriage and, at times, with Emma’s pregnancy, and of course, I had my moments, too. 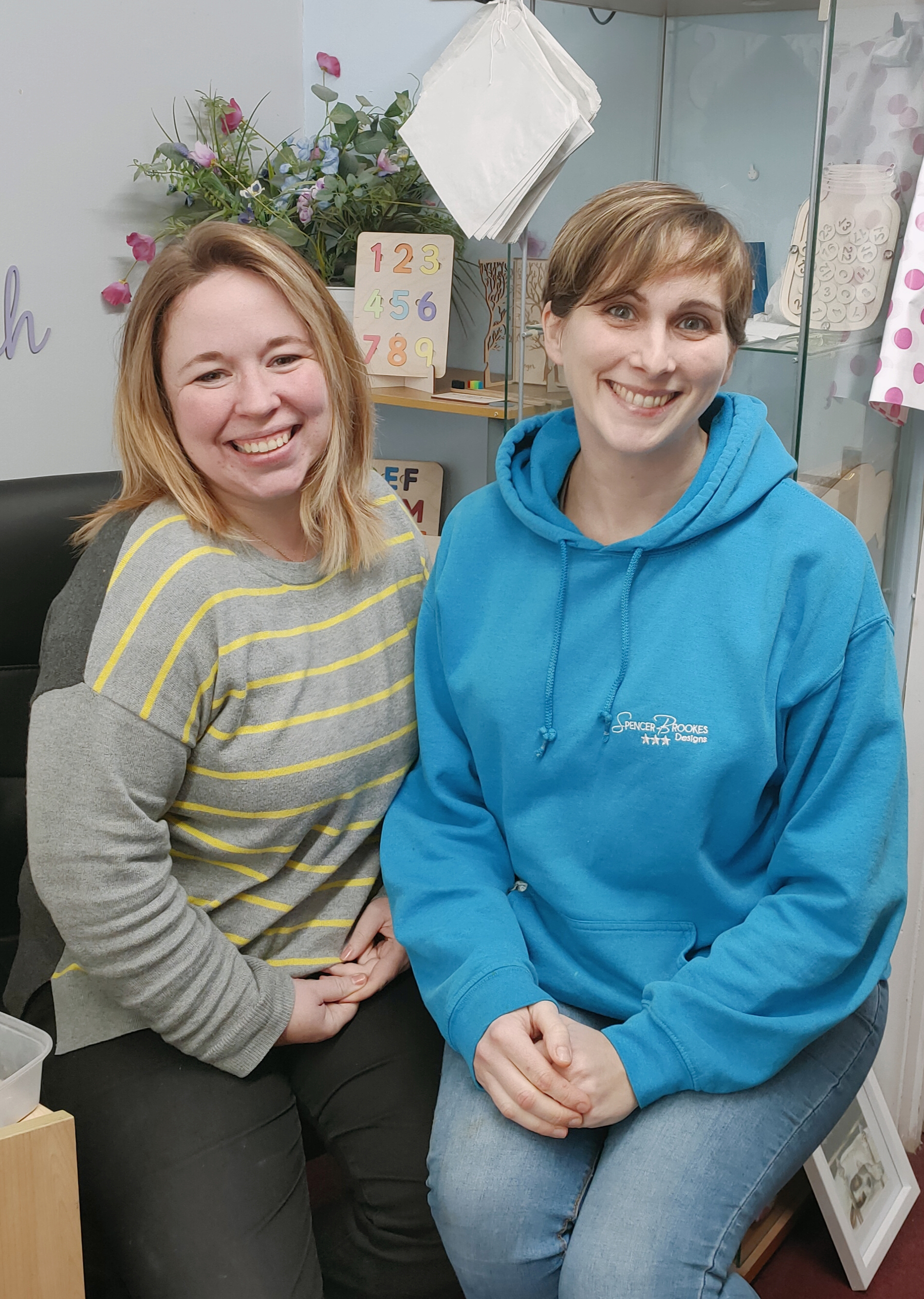 Charlotte pictured with her sister-in-law Emma 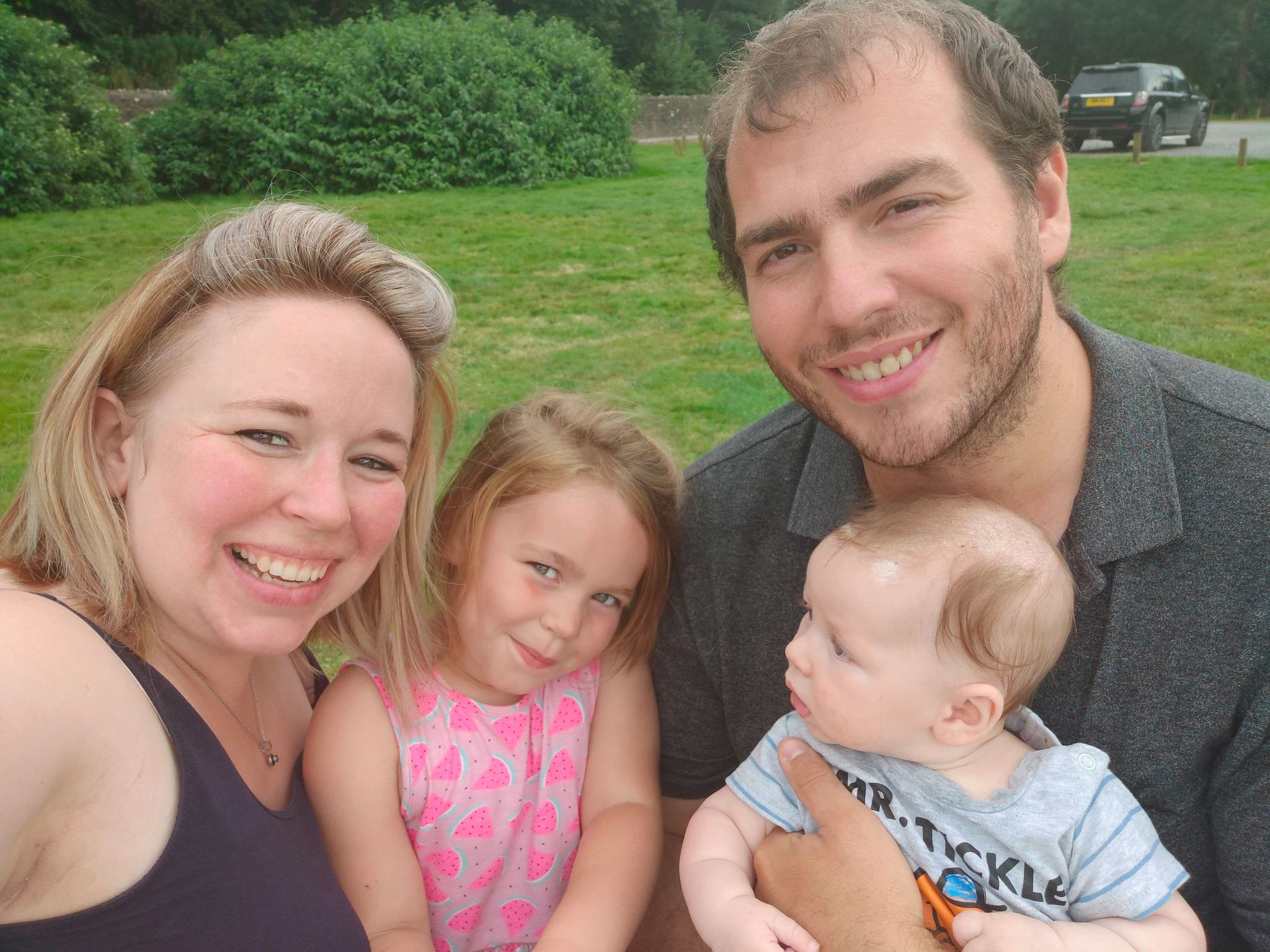 Charlotte had her second child in April last year

Seeing her scan pictures and hearing it was a boy, I thought: ‘What if that was me?’ The day Emma felt him kick for the first time at work was really hard. Our loss suddenly felt real again. And occasionally, seeing her bump was just too much. I had to walk away and cry.

Two things saved it from damaging our relationship or my mental health. First, I loved Emma. She was having my nephew and focusing on that really helped. Secondly, Tom and I had started trying again, and when our nephew Arthur was born on September 9, 2019, I was seven weeks pregnant.

Our son William was born on April 27 last year, and I’m thrilled that he and Arthur will grow up together. When I had my miscarriage, almost every friend said they’d experienced one too. Suddenly, I didn’t feel alone. To anyone who’s been through it, please don’t be afraid to speak out.”