BABY names are like Marmite – you either love them or hate them, there’s not often an inbetween.

But it’s rare that you find someone who settles on a baby moniker that they’re not particularly keen on, just to please their other half and his parents.

An anonymous mum-to-be, from the UK, took to Mumsnet and told how she is settling on a name for her baby girl even though she’s not a fan. Pictured, stock imageCredit: Getty

That’s the situation one anonymous woman, who is from the UK, found herself in when it came to naming her baby girl.

Taking to Mumsnet, she explained: “DH wants to give our daughter the middle name ‘Tuesday’ (won’t go into the reasons why).”

“I actually don’t hate it but don’t love it either but I know it would make him very happy and his parents.” 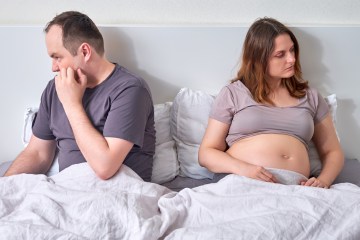 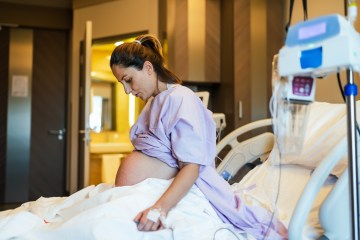 And it wasn’t long before social forum users took to the comments to express their views on the unusual moniker.

“I love it and no she doesn’t have to be born on a Tuesday for it to work,” wrote one. “I have a Holly and she wasn’t born at Christmas.”

A second admitted: “I like it but it’s a bit of a mouthful. My GDs have got middle names of Autumn and Summer (neither were born in those seasons).”

A third wrote: “I recently met someone called Tuesdae and at first it made me double check I’d heard correctly (by listening carefully not by asking), but quickly became totally normal.”

Meanwhile, a fourth commented: “Not my cup of tea. I don’t really understand why you would want to name a child after a day of the week!”

Another recalled how she worked with someone called Tuesday and explained: “Listening to her making appointments was always worthy of a smile. ‘No I’m called Tuesday, I’m coming to see you on Thursday…. No, I’ll be there Thursday’ and on it would go.”

However, one person took issue that the mum-to-be settled on a name she wasn’t entirely sure on and penned: “I’d be annoyed if he seriously thinks his parents get a say in what you name your baby.

You both have to really like a name to give it to your own child, imo. If you don’t, just calmly say so and look for another name you both like enough to use.”

Another warned: “I like it but I think it may attract rude comments about being conceived on a Tuesday…”

Meanwhile, others argued that the moniker is just on the right side of unusual.

“I think it is really cool and the right side of ‘out there’. Go for it!” reassured one.

A second enthused: “What a bloody amazing name! Love the whole comic book feel of it, without it being outrageously different.”