WHETHER you’re a parent, work in childcare or have to deal with young children in some way, shape or form, you know how frustrating it can sometimes get.

It often feels as if they’re on a mission to test your limits; they’ll do absolutely anything to see you break – throw noodles all across the living room, stain the freshly painted walls with their oily fingers, hit their siblings for no apparent reason.

This parenting coach has revealed that these labels will stick to the child for the rest of his life.

We understand why you’d be tempted to shout and get cross – but a parenting expert has revealed the reason you should never resort to calling your child ‘naughty’.

Csilla Love, from New South Wales, Australia, is a mum-of-two and certainly knows what it’s like when your kids don’t listen to you, no matter what.

The parenting coach explained that as parents, we tend to get frustrated – which is understandable – but often struggle to realise that who they are as children is completely separate from their behaviour.

The easiest way of dealing with mischief then naturally seems to be simply labelling your kid as ‘bad’ or ‘naughty’.

However, from a child’s perspective, being called ‘naughty’ makes them think that that’s the only way his parents see them – as a troublemaker.

“This has a huge impact on their self-esteem, their friendships and their relationship with you,” she explained.

She then added that when a child’s constantly being labelled a certain way, not only will they start believing it but they’ll also act accordingly.

It will take a lot of hard work and ”inner child healing” to undo this ingrained belief, she said.

”And this is why I go to therapy…” one user wrote, ”Along with many other things.”

She wasn’t the only one, as another TikToker shared the trauma from her childhood: ”Growing up with a parent like this, unable to do better in their eyes, getting diagnosed with bpd (borderline personality disorder), adhd, ptsd & ocd but still misunderstood.”

”Well, my mom told me I was the stupidest child in the world and fat…”, one wrote, ”Even though I had good grades and my weight was normal.”

Want your children to behave? This dad has found the sneaky way to get his kids to be like little angels!

Meanwhile, ”I’m an ex-school teacher & this is what your kids’ Nativity play character really says about them.”

Also, this parent was banned from seeing her son in his Christmas nativity – ”I have to watch on YouTube instead & I feel robbed of memories.” 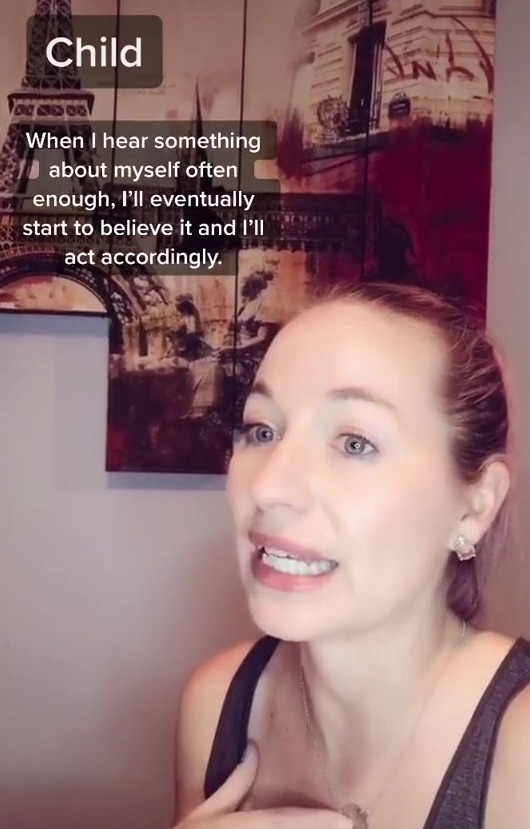 Calling your young one ‘naughty’ won’t help the situation – in fact, it will only make it worse. 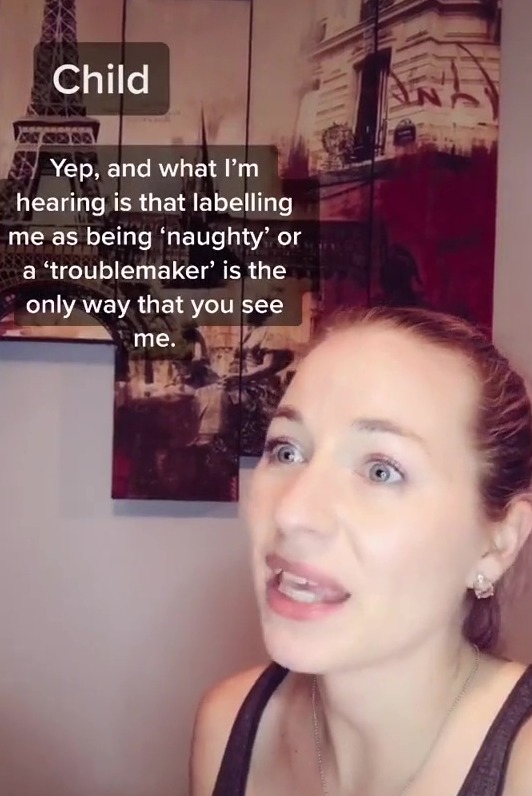 According to her, these labels are damaging for the child’s psyche.

Covid cases are rising in 278 areas

You’ve been brushing your hair wrong

I regret having a baby so much, I’m a shell of my former self & wish I could go back so my son never existed

My parents bought me a baby for Christmas

My FIVE-year-old still sleeps in his cot

Grandma Asks For Two Thirds Of Daughter’s Salary To Babysit Her Grandson, Asks If That’s Wrong

People can’t believe the size of my baby