I’m a mum-of-two and I’m doing Christmas on a tight budget this year, here’s what I’ve got the kids for stocking fillers

WE’RE all looking for ways to save money this Christmas due to energy bills and food prices increasing.

And one mum has revealed the ways she’ll be keeping the festive fun while sticking to a tight budget. 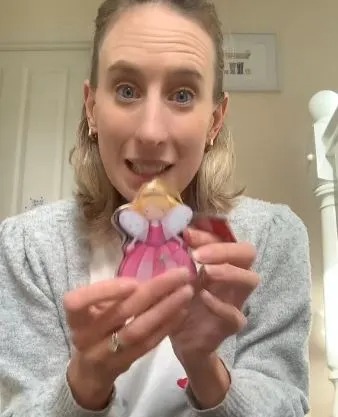 Jamie shared how she filled her daughter’s stocking for just £20Credit: Tiktok/@jamie_rose88 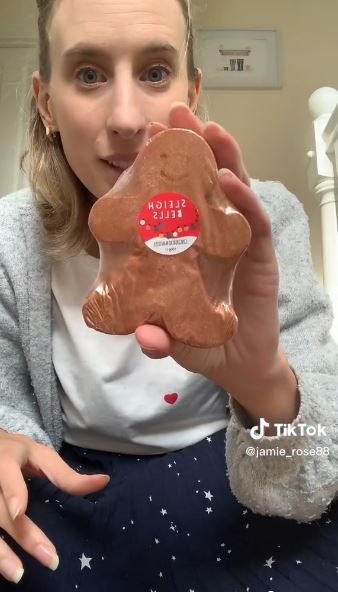 The mum-of-two wants to normalise doing Christmas on a tight budgetCredit: Tiktok/@jamie_rose88

Jamie Rose, from the UK, is a mum of two and started a series on TikTok on how to do Christmas on a budget.

In one video she said: “I remember when I had my first baby, her first Christmas six years ago and I remember seeing all over social media these incredible Christmas scenes.

“Huge wrapped presents, new bikes, Barbie Dream Houses, the works, and I remember feeling so inferior that I couldn’t afford to provide that for my child.”

Jamie revealed she wanted to normalise Christmas on a budget and share some of the ways she does it.

The mum shared how she uses charity shops and sales in stores to find presents for a discount. 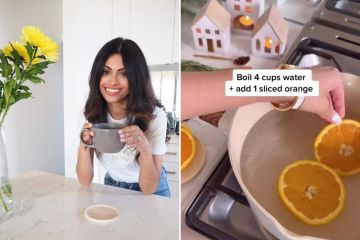 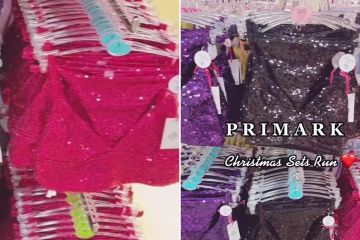 She then revealed everything she’s bought for her daughter’s stocking this year for just £20.

Jamie revealed in a video that she bought the stocking itself for just 99p on the second-hand selling app, Vinted.

Her first tip was to buy multipacks of items and divide them to save money, which she did with a pack of bamboo toothbrushes.

She also bagged a couple of sweet treats to put in, but rather than going for the Lint Reindeer chocolate she bought an Aldi version to save money.

She also grabbed a Princess tin of chocolate coins from Home Bargains for 99p as well as some Halloween face masks as her daughter ‘loves spooky things.’

She also nabbed a Gingerbread bath bomb from Home Bargains and a colouring book, a craft kit, and drawing paper.

Next was a set of nail stickers and temporary tattoos from Rex of London for £3 each.

Lastly, she got her daughter a Scheich spider figurine for her stocking.

The total cost was just £20 and Jamie revealed in total she has spent £40 on her daughter for Christmas this year.

The video went viral with over 750k views and over 70k likes, and people were seriously impressed with her haul.

One wrote: “I love this! Kids don’t need thousands of pounds of stuff.”

Another person commented: “This is a great series to do, so many kids are spoilt to the point they’re opening and discarding presents with no joy due to the sheer volume.”

A third penned: “Yes Christmas doesn’t have to break the bank. I found a lot of thrift store finds this year so far.” 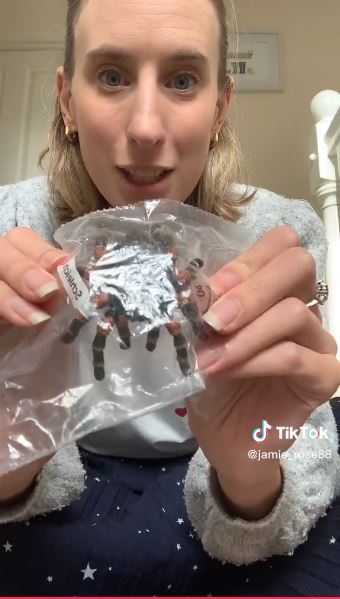 She looks out for good deals in charity shops as well as Home bargainsCredit: Tiktok/@jamie_rose88 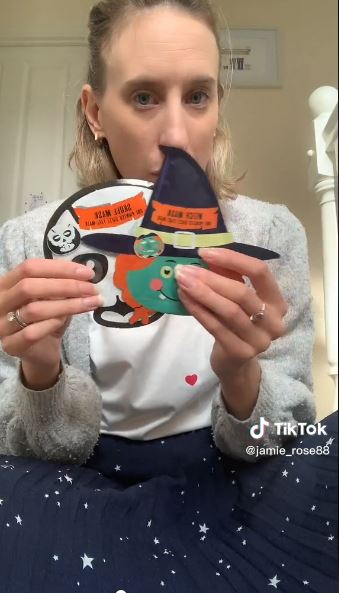 Jamie managed to get all of her daughter’s presents for just £40 this yearCredit: Tiktok/@jamie_rose88

Can you spot what’s wrong with these dodgy Geordie £20 notes?