AS a mum, there’s nothing worse than seeing your baby in discomfort.

Whether it’s from being over-tired, hungry, or gassy, all you want to do is make them feel better.

Meredith was shocked by how quick the burp trick worked on her daughterCredit: @mrsstringy

That’s why one mum has shared her clever trick to get babies to instantly burp, and she claims it works every time.

Meredith Rayes posted the video to her TikTok account, mrsstringy, where it went viral with over four million views.

She wrote in the caption: “Goodbye back pats.

“This works every time & makes her burp like a full-grown man.” 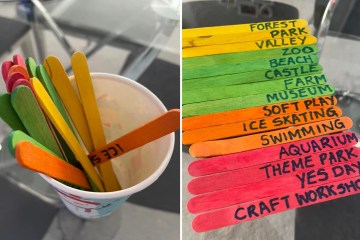 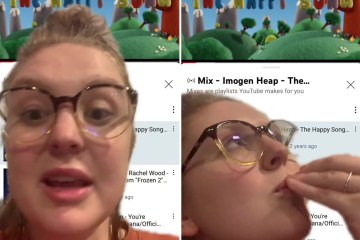 The mum demonstrated the hack in her video and said it was one of the best things she has learnt from TikTok.

She holds her daughter on her leg and presses her hand on her back to make sure her daughter has a straight posture.

The other hand goes under the baby’s chin to support their head and to open their airway.

She then holds the position for a few seconds before her daughter lets out an enormous burp, and the mum looks shocked by just how effective the burping hack was.

Parents who also viewed the video were stunned, and one woman, claiming to be a midwife backed the mum’s burping tip.

She wrote: “I’m a midwife and this is what I teach people. It works. Back pats do nothing lol.”

Other viewers tried it on their babies and were stunned by the results.

Another added: “Omg!!! I just tried it with my newborn who is impossible to burp and it worked! This is going to make nightly feedings so much easier!”

“The magic burp. My son had acid reflux and this is the only burp that ever helped!” A third woman commented.

A fourth mum said: “Just did it and it worked almost immediately!!! She’s so difficult to burp that now I’m excited. Thanks for this.” 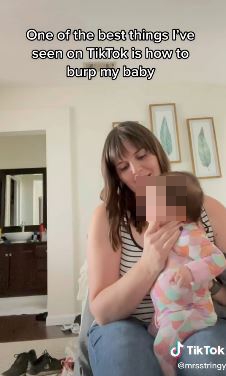 Other parents said the hack worked almost immediately with their little onesCredit: @mrsstringy 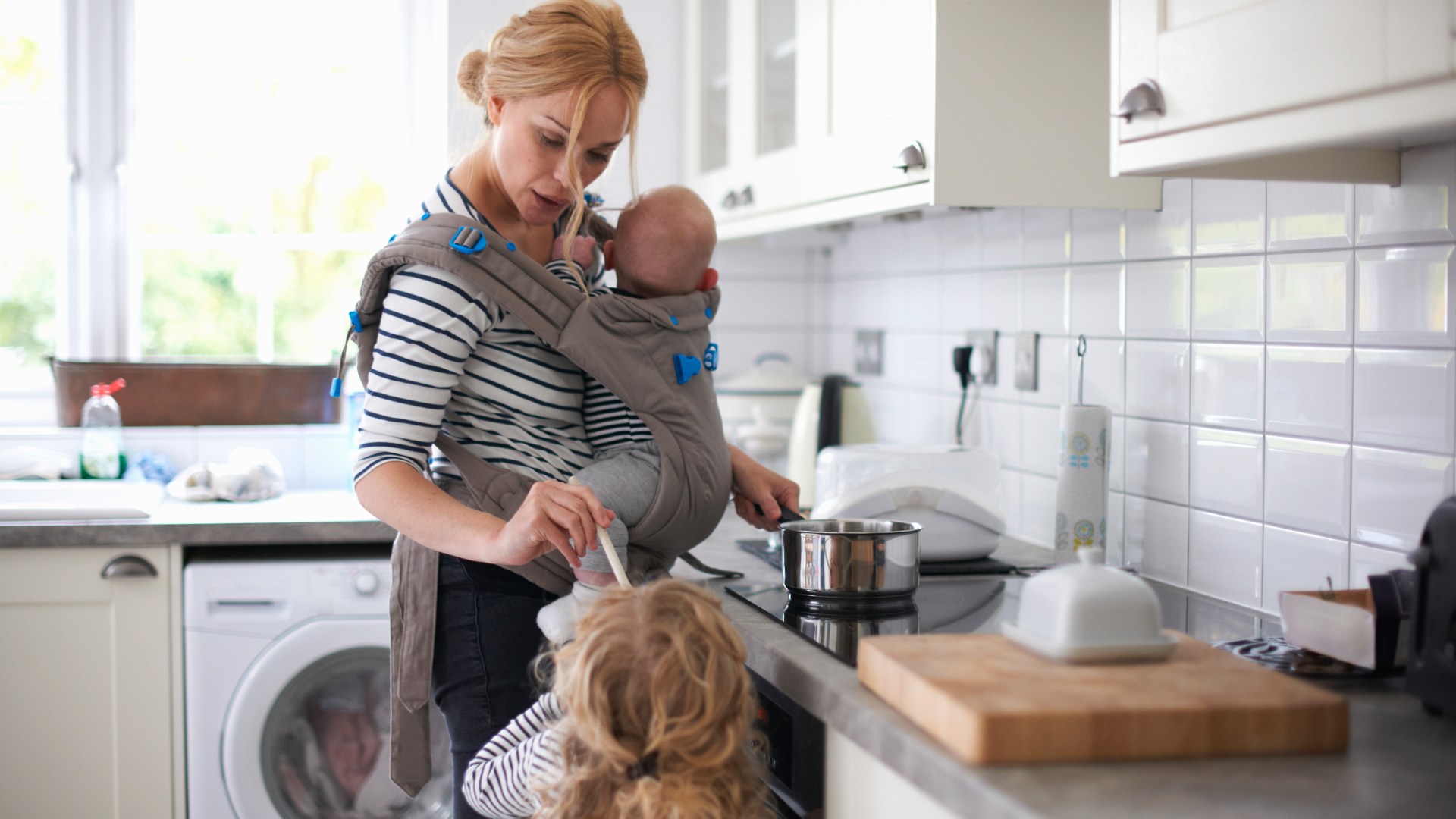