A TEENAGER revealed she was cheerleading while nine months pregnant – as she had no idea she was expecting a baby.

Tailyn Norman, from North Carolina, was living life as a normal 16-year-old, going to school and cheerleading practice. 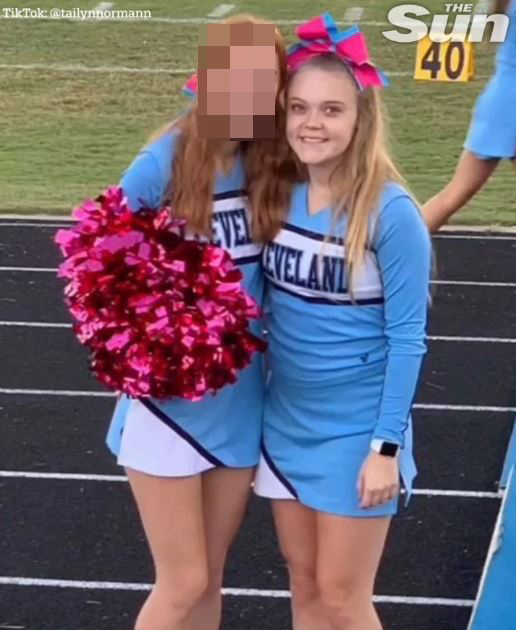 The teen shared clips showing herself jumping, twirling and doing stunts while cheerleading

While Tailyn, now 18, admitted she put on weight, she had no idea she was pregnant – as she didn’t have a bump.

Clips on TikTok show the teen doing incredible jumps and gymnastics for her cheerleading team, while a selfie taken the day before she gave birth shows her with a flat stomach.

She put the weight gain down to ‘thyroid issue that ran in the family’ – but really she was 38 weeks pregnant.

“My thyroid gland was very swollen so my mom was about to take me to the doctor after the new year, but we never got that far,” she said on YouTube. 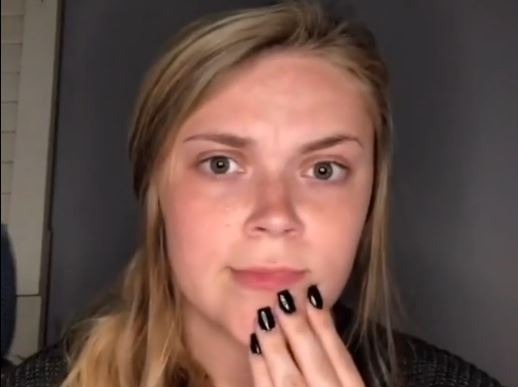 The teen only realised she was pregnant when she was in labour – and having her babyCredit: YouTube 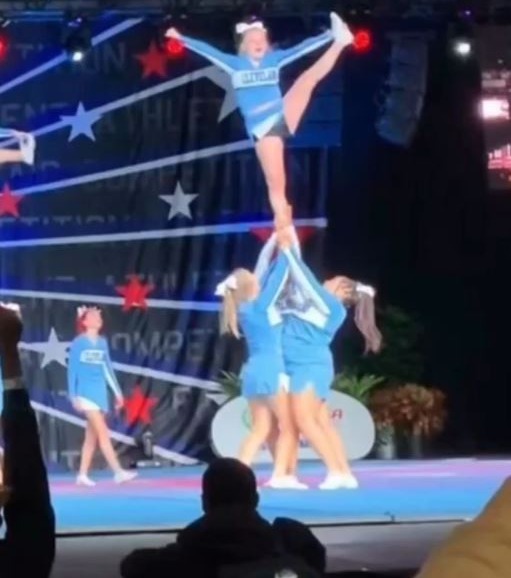 The teen, who fell pregnant when she was 16, said she only realised she was having a baby after her parents rushed her to hospital with severe cramps – which later turned out to be contractions.

She said: “I didn’t know I was in labour I thought I was having a super bad period. I woke up puking and bleeding.

“Sometimes when I’m on my period I puke, and the contractions at first just felt like bad period cramps. Then they got worse and worse.” 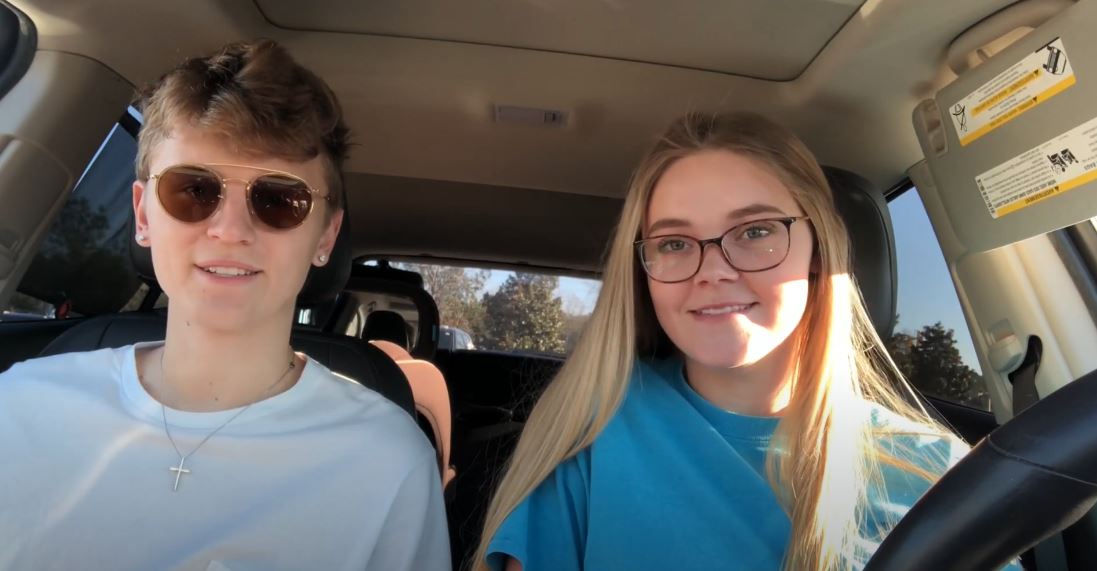 The mum said she woke up at 1am on new year’s eve, then sat on the toilet for 11 hours while ‘bleeding and puking everywhere’ while in ‘awful pain’.

“Then I thought I was trying to poop,” she added.

She said she ‘finally screamed for her mum’ because she couldn’t take the pain anymore, and they rushed her to hospital.

Tailyn said the nurses ‘freaked out’ as they also had no idea what was wrong with the teen – until one examined her. 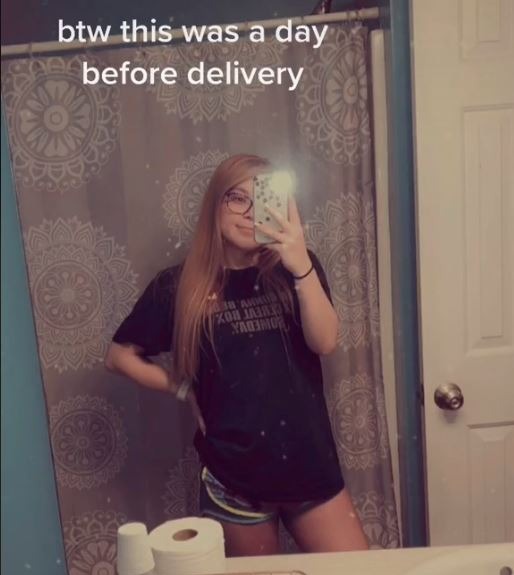 She said the nurse told her she was about to ‘have a baby any second’, and she was already crowning – meaning there was no time for pain relief.

Tailyn said: “My parents were shocked.”

While Bryson added: “My parents were also shocked.”

Bizarrely Tailyn revealed she and her sister were pregnant at the same time without realising it – while her sibling had a traditional baby bump. 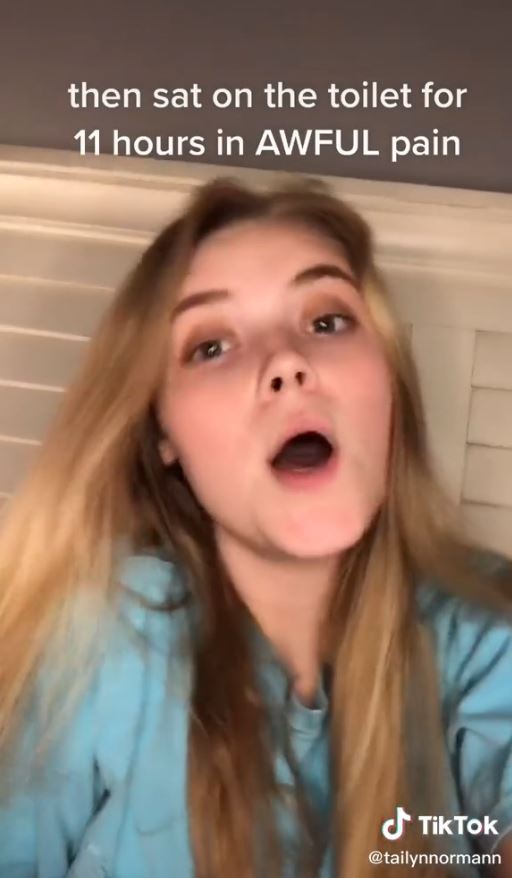 She said Mason was situated further back in her womb, which meant she didn’t show.

After giving birth her boyfriend had no idea he was a dad, with Tailyn saying: “I texted him when I had the baby”, with Bryson admitting: “I didn’t believe her. I just thought she was lying.”

Although she wasn’t on birth control, Tailyn said she didn’t suspect she was pregnant because she still got her period. 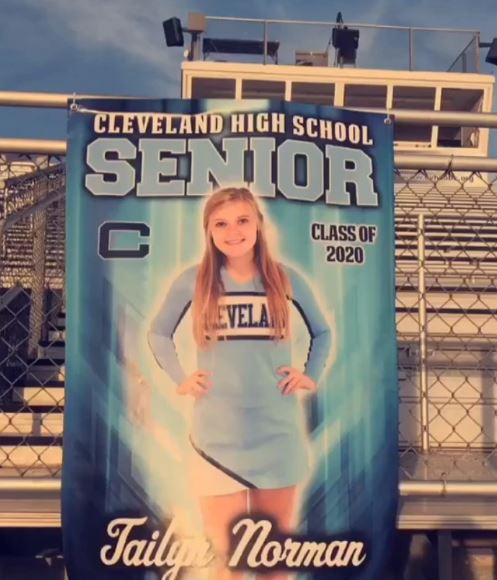 The teen was living her life as a regular 16-year-old right up until the day she gave birth Credit: YouTube

“I wouldn’t say I missed nine periods, I would say I bled a little,” she added.

Now with Mason just over a year old, Tailyn said she wants to be a midwife when she’s older, adding: “It was the absolute worst pain I’ve ever felt.” 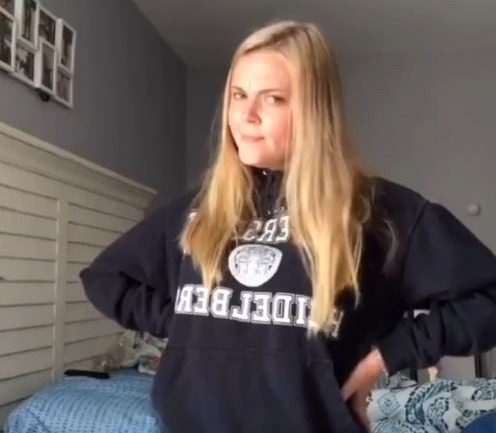 Tailyn revealed she and her sister were pregnant at the same timeCredit: YouTube

Plus this mum-to-be reveals she fell pregnant while already expecting – and is now having TRIPLETS ‘conceived 10 days apart’.

And a mum-to-be reveals she fell pregnant while already expecting – and is now having TRIPLETS ‘conceived 10 days apart’.

Meanwhile this mum found out she was pregnant 30 minutes before giving birth.

Up to 100,000 Brits have five days to get home or get cleared by Covid test after Government impose new border rules