A BROKE mum became a millionaire after coming up with her own baby mat idea while on maternity leave – starting a company now worth £3m (US$4m). 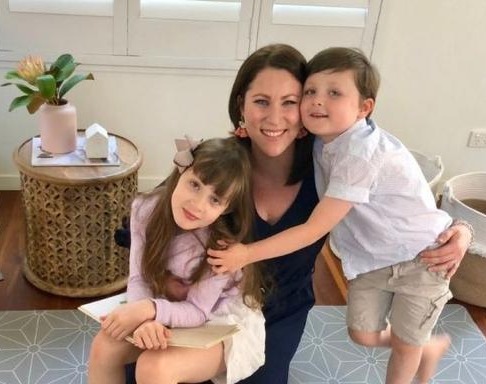 When her first child Chloe was born in 2013, she purchased the pricey foam mat with pull-out letters which she also used three years later for her second baby, Rupurt.

But Alana, from Brisbane, Australia, said she’d turned away for a minute and in that time he’d “pulled he puzzle pieces apart”, fell forward and hurt his head.

That’s when she got the idea to create her own, and within just 30 minutes of launching a website she’d sold her first one – which led her to rake in over $200k (£113K/US$160k) in the first year alone.

Alana told her story to Kidspot: 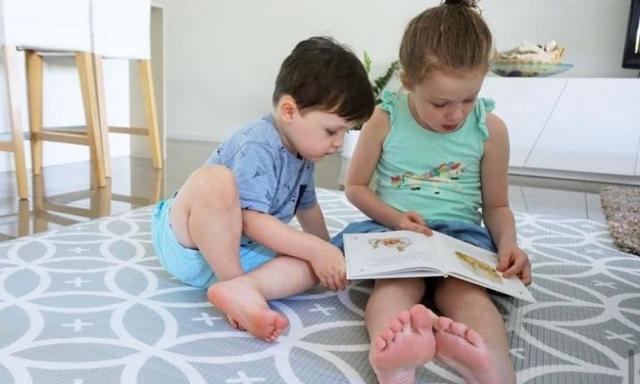 She has her own line of foam baby mats and a business called Munchkin & BearCredit: KIdspot

“Rupert was six months old, trying to crawl on our ABC playmat and he’d pulled the puzzle pieces apart.

“In the brief moment that I’d left the room, he lurched forward and knocked his face on the floorboards really hard and had a bloody nose and bruise on his forehead. There was blood everywhere and I called my husband in tears not knowing what to do.”

The horrible accident was something Alana knew she couldn’t ignore.

Ever since she bought the brightly coloured playmat, the mum-of-two wished she could create a better alternative for parents – something that was non-toxic, safe for toddlers and complimented the decor of a room.

“That day, I said to my husband, ‘We have to get this idea off the ground.’”

All the money we had invested was our own. I was really scared but I knew that there was a huge gap in the market for a product like this.

So mid-way through her maternity leave from her corporate job as a branding manager, Alana decided not to return to her demanding role and put every spare moment she had into her business idea.

“When Rupert was sleeping, I was working on every part of the business from the kitchen bench. I was designing, finding manufacturers, researching what other products were made of and how I could do it better,” Alana recalled

“There were so many times when my self-belief was tested and I didn’t think I could do it, but I just kept going.”

A year later, Alana and husband Tim took a huge gamble and extended their mortgage by $150,000 (£85k/US$120k) to start production of luxe playmats under the brand Munchkin & Bear . 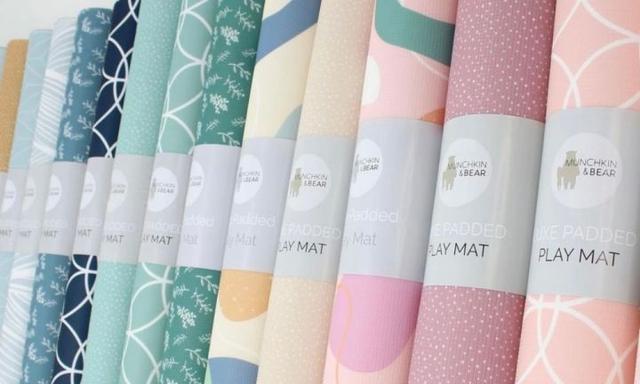 She sold her first mat in 2016 in Australia and now ships worldwideCredit: KIdspot

“It was terrifying,” the first-time business owner said.

“All the money we had invested was our own. I was really scared but I knew that there was a huge gap in the market for a product like this.”

In February, 2016, Munchkin & Bear sold its first product. It was a momentous day in Alana’s household.

“I hit ‘live’ on the website the day Chloe had her first day at primary school and we sold our first product within the first 30 minutes,” Alana smiles. “It felt unbelievable. Every single sale back then brought a tear to my eye.”

It was far from a glamorous start, however. In an effort to keep the business financially afloat, Alana’s ‘office’ remained her kitchen for the first two years and every square metre of space in her home became her warehouse.

“Every night once the kids were in bed, I would roll the mats up and pack the orders in our spare room. Our daughter would even come out of her room and ask us to use the tape gun more quietly,” she laughed. 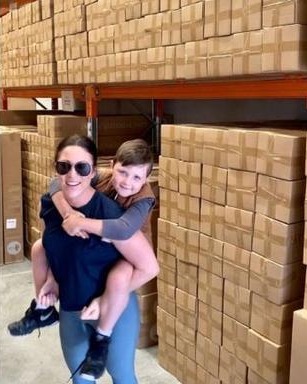 The business gre very quickly and the mum-of-two now has a team of mums who work for herCredit: KIdspot

“At any one time there would be up to 500 mats in my house, filling up the spare room, and we had to build storage under the house to fit them all. Then all the orders were stacked up at the front door and if the courier was late, we couldn’t actually get out the front door.”

“I was blown away because I was still really trying to be a mum first and foremost still. Then the next year doubled and it grew from there.”

While Alana appreciated the fact that she was always there for her daughter’s school run, after-school activities and her son’s toddler milestones, she admits the first years of her business were no walk in the park. 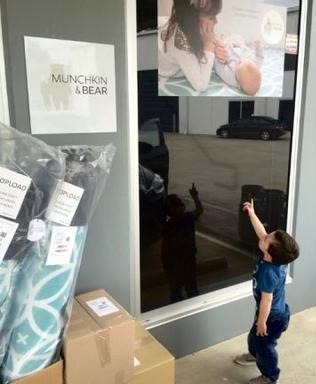 Munchkin & Bear now operates out of its own office in Brisbane, with two warehouses filled to the brim with playmatsCredit: KIdspot

“I worked countless hours late into the night and spent the day trying to be the best mum I could be, and my health completely took a back seat,” she confessed.

“I gained a lot of weight and felt unhealthy. Physical exhaustion was pretty unbelievable. And we had to change manufacturers in China, so the first year was incredibly challenging both personally and professionally.”

Munchkin & Bear now operates out of its own office in Brisbane, with two warehouses filled to the brim with playmats.

As well as growing the businesses’ reach around the world, one of Alana’s biggest priorities is providing a well-balanced workplace for her six employees, four of whom are mums who had been out of the workforce for an extended period after having children.

“I approached them and what we have built is a workplace that gives them a sense of belonging and cares about their family and their own health too,” said Alana, whose own children, Chloe and Rupert, are now aged 10 and seven.

“If their kids are sick, we don’t blink an eye for them to take care of that, or to be at school for an awards ceremony. We all work school hours too.

“The children come first and foremost. And I realised that these women had neglected themselves like I had too, so we have a pilates instructor and personal trainer come in every week.”

Alana’s formula for success is clearly working. Five years after it went online, Munchkin & Bear has sold 50,000 mats around Australia, New Zealand, the UK and Europe, with sales reaching a whopping $5 million (£2.8m/US$4m)

“I’m incredibly proud and grateful about how it’s been received,” said Alana, who has recently devoted much of her time to helping local charities’ fundraising efforts.

“Growing something that’s changing my life and my employees’ lives at the same time is what gives me so much satisfaction.”

Meanwhile, a furloughed mum reveals how she set up a thriving home design business after a pic of her £50 room makeover went viral.

And a woman launched a wax melts business from her kitchen table while on maternity leave – now she’s set to make £2.5 MILLION.

Casey Batchelor on pregnancy during lockdown, baby number 3 and her mindful motto