AN ANGRY mum has taken to TikTok to slam adults for trying to force her one-year-old daughter to hug them.

Brittany Baxter said she has been teaching her daughter consent since she was born, and criticised people for trying to “guilt trip” cuddles out of her. 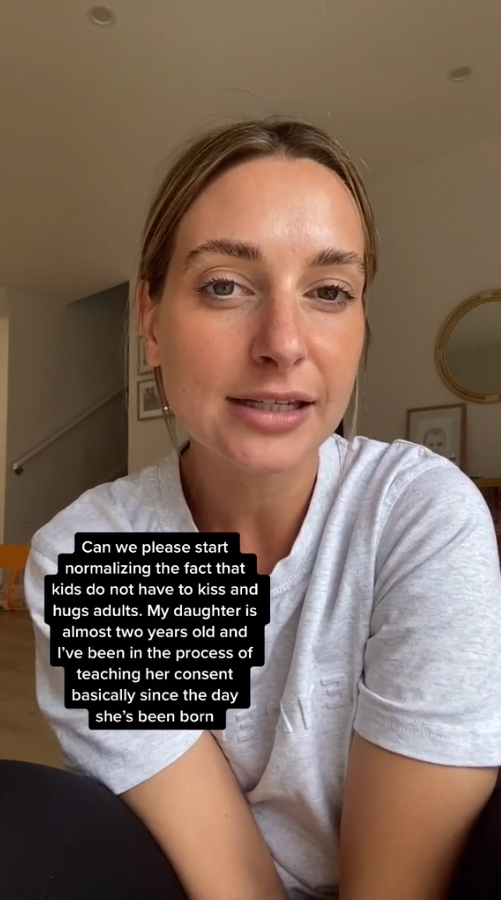 TikTok user Brittany Baxter slammed adults – including grandparents – for trying to make her daughter, one, hug and kiss them if she isn’t keenCredit: @brittanybaxter_x/TikTok

She said she finds it unhelpful when adults decide saying no to a hug or kiss is a form of rejection.

Brittany explained: “Can we please start normalising the fact that kids do not have to kiss and hug adults.

“My daughter is almost two years old and I have been in the process of teaching her consent basically since the day she was born.

“My daughter and her body do not exist to make anyone feel more comfortable and to make anybody feel more loved.” 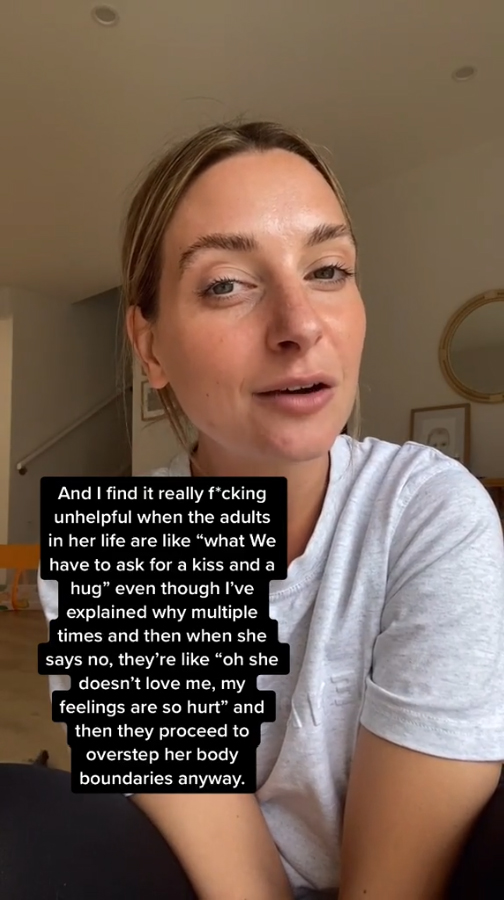 She said she finds it unhelpful when adults decide saying no to a hug or kiss is a form of rejectionCredit: @brittanybaxter_x/TikTok 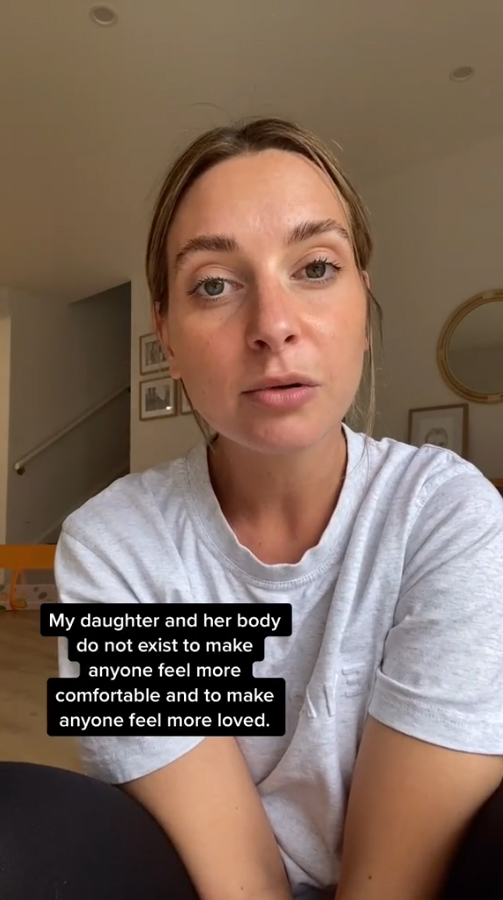 Brittany Baxter said she has been teaching her daughter consent since she was bornCredit: @brittanybaxter_x/TikTok

She said some people get offended when the little girl doesn’t want to show physical affection.

Brittany added: “When she says no they are like ‘oh, she doesn’t love me, my feelings are so hurt’ and then they proceed to overstep her body boundaries anyway.”

She said it is not her daughter’s fault that the older generation don’t know how to control their emotions when someone declines them.

She added: “No ones feelings are ever going to be more important than my daughter’s right to her own body.” 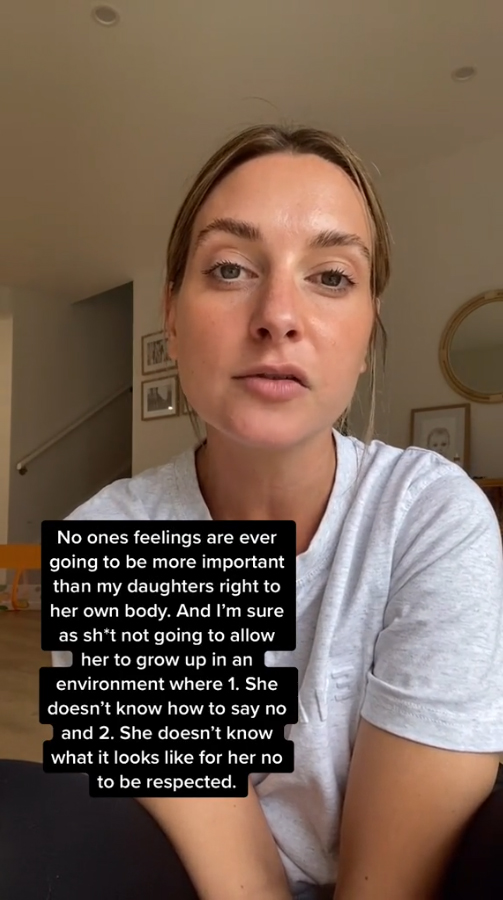 She said some people get offended when the little girl doesn’t want to show physical affectionCredit: @brittanybaxter_x/TikTok

The mum said she wants her daughter to grow up knowing how to say no, and for her decision to be respected.

Many mums were quick to praise her efforts.

One commented: “I am working on this with my two-year-old son as well. We have had to reduce his interactions with my mother due to her not respecting this.” 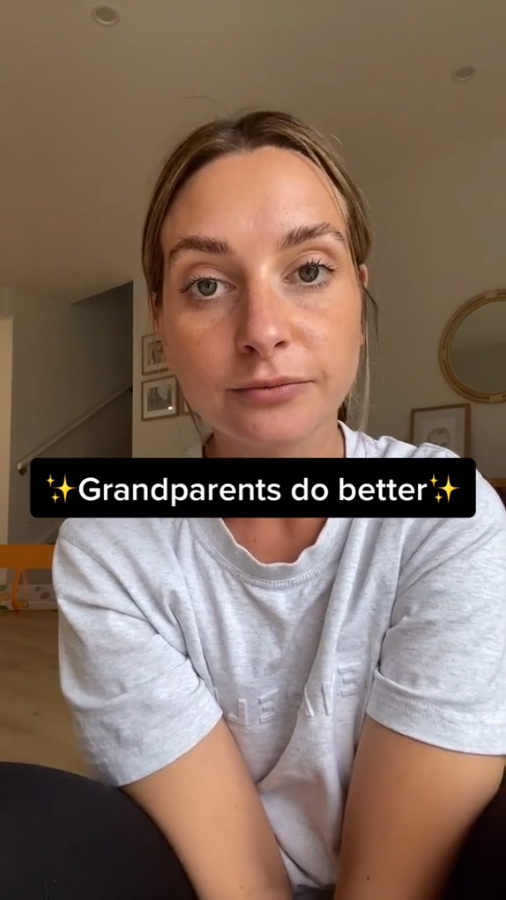 The mum said she wants her daughter to grow up knowing how to say no, and for her decision to be respectedCredit: @brittanybaxter_x/TikTok

Another added: “My mum always taught us we only had to say hello to be polite, we didn’t have to shake hands or hug anyone if we didn’t want to.”

A third wrote: “Do you think saying do you want to give grandad a hug goodbye is okay? I don’t force my kids but I do ask them that?”

Brittany praised the idea, saying: “It gives your child the option to make the choice, and if they say no then just normalise it.” 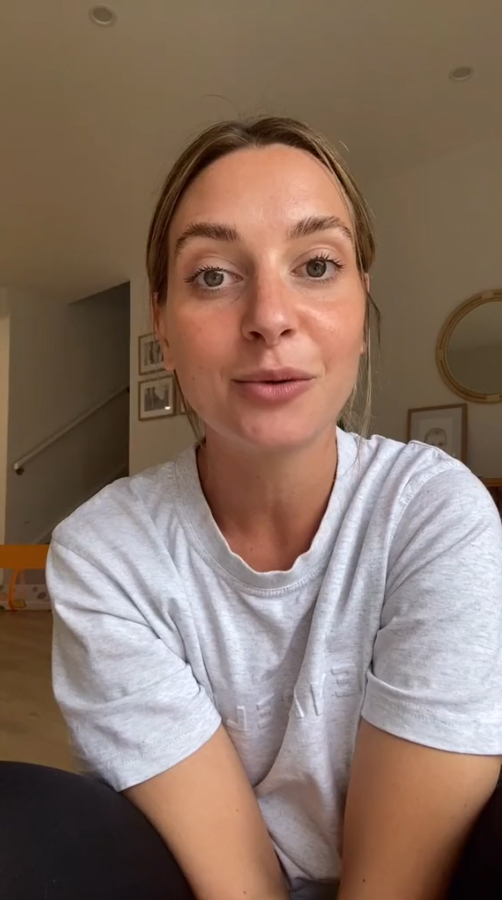 However, some criticised her approach, with one saying: “I encourage my 21-month-old to bond with my parents, physically and emotionally, and she is so connected to them. I really don’t get your anger.”

Brittany added her daughter has a great relationship with her mother, father and stepmother.

We shared how a mum sparked outrage on This Morning after insisting parents should ask their children’s PERMISSION before changing their nappies.

Previously, a furious mum blasted a school after her 13-year-old daughter was given cervical cancer jab ‘without her permission’.