THE ‘World’s oldest mum’ hit the headlines in 2019 after giving birth to twins aged 73.

Yerrametti Mangayamma and husband Raja, then 82, were over the moon to finally start a family. A year later, Yerrametti died of a heart attack. 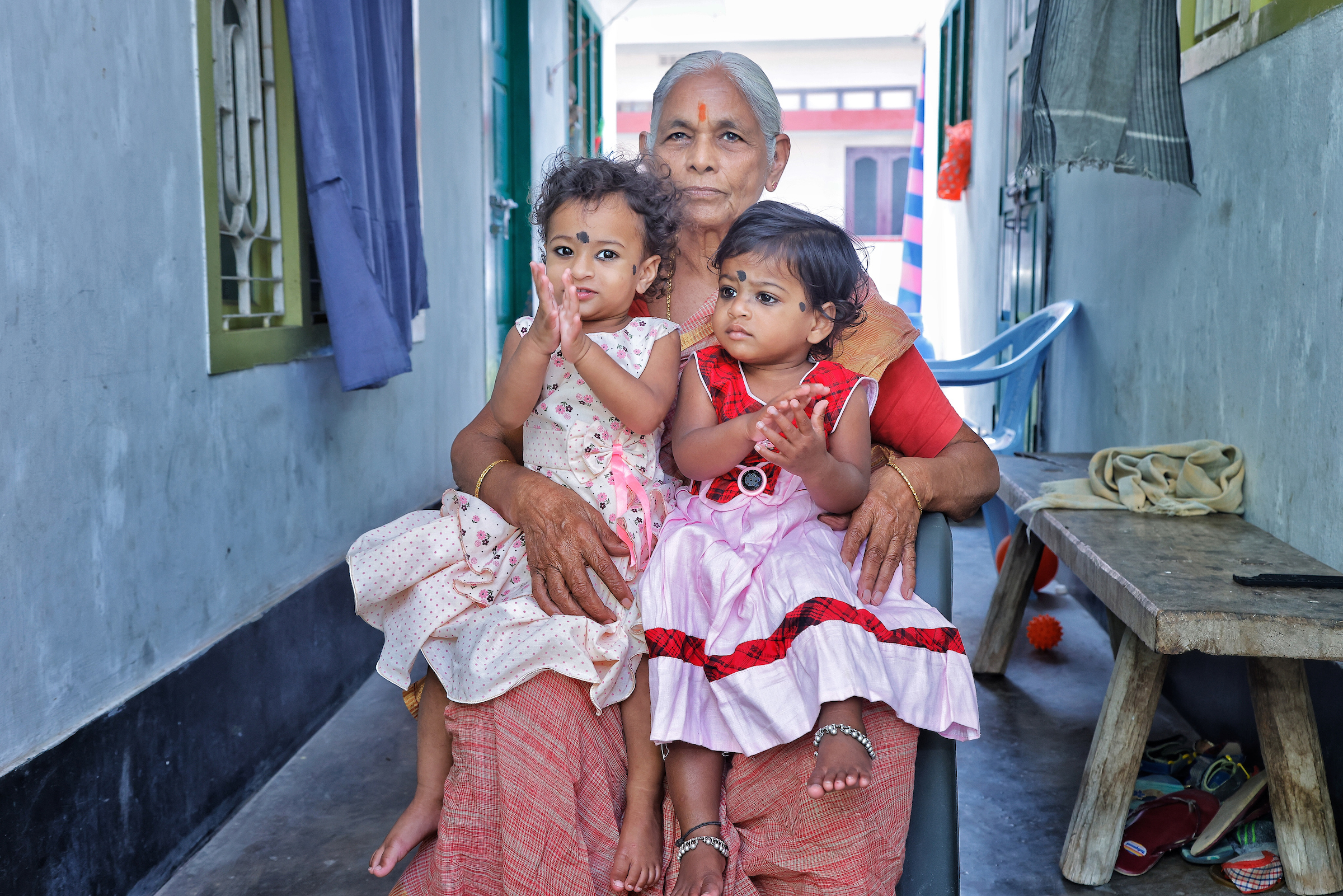 Here, she reveals how she overcome judgment from her community in Andhra Pradesh, India and how her twin daughters Rama Tulasi and Uma Tulasi got her through grief.

“As I walked down the street holding my twin babies in a sling, I felt like the happiest woman on the planet. But my neighbours wouldn’t stop staring at me. At 73, I knew what they saw – an elderly first-time mum. Though their stares hurt, nothing could spoil my joy.

“I married my husband Yerramatti Raja Rao, a farmer, in an arranged marriage in 1962, when I was 16 and he was 25, and we quickly fell in love. We wanted children and assumed it would happen easily, but we never managed to conceive naturally.

“Over the years, we consulted lots of different doctors and tried many medicines, but nothing worked. When I was 40, in 1986, I went through early menopause, which was awful. It felt like a door was shutting. Though we considered adoption, we didn’t go through with it. 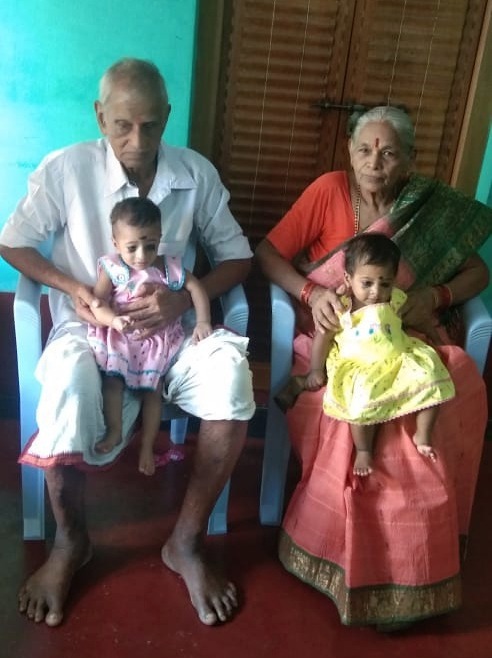 Mangayamma with husband Raja were ‘over the moon’ to become parents

While Yerramatti Mangayamma is assumed to be the world’s oldest mother, it’s not yet officially confirmed.

Greece is the country with the oldest average age of first-time mums, at 31 years old. 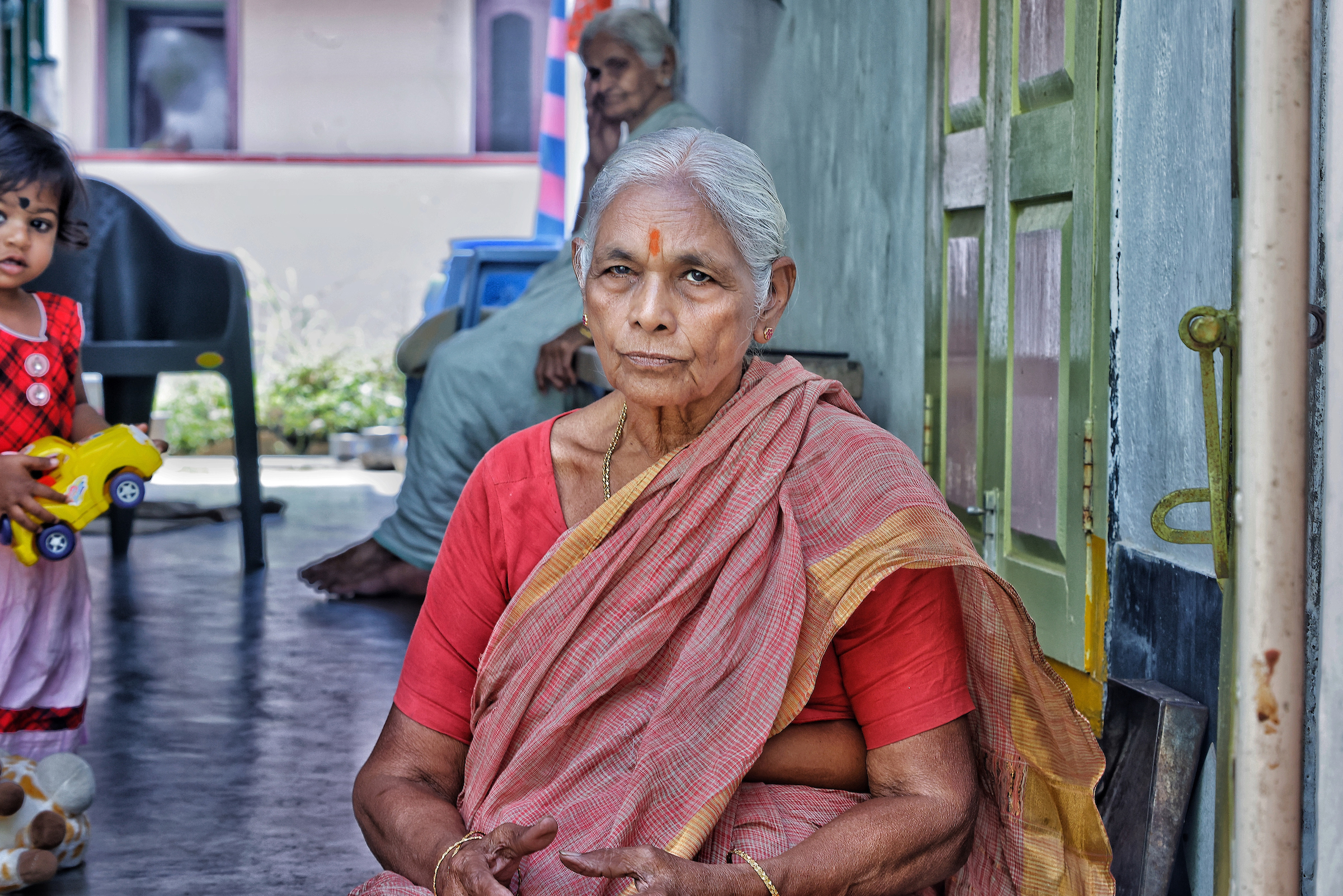 The first-time mum had been with her partner for over half a centuryCredit: Cover Asia Press/Narasinham Ve

“Neighbours often referred to me as ‘the childless lady’ and even our relatives gossiped behind our backs and suggested my husband remarry, but Raja always reassured me that he loved me regardless.

“In the summer of 2018, when I was 72, I heard that a woman in her 30s in my village had given birth to a baby after having IVF. I’d never heard of it and was desperate to find out more. Knowing how much I’d wanted a child, she passed on the details of the clinic. I knew IVF would be tough, but I wanted to try.

“That November, we made an appointment with Dr Umashankar Sanakkayala. He initially thought I was in my 50s, so when I told him my age he was shocked. He did blood and fitness tests and checked my heart, which showed I was healthy.

“I wept with joy to hear there was a chance I’d conceive. The treatment was expensive at £660 a cycle, but it was worth our savings. 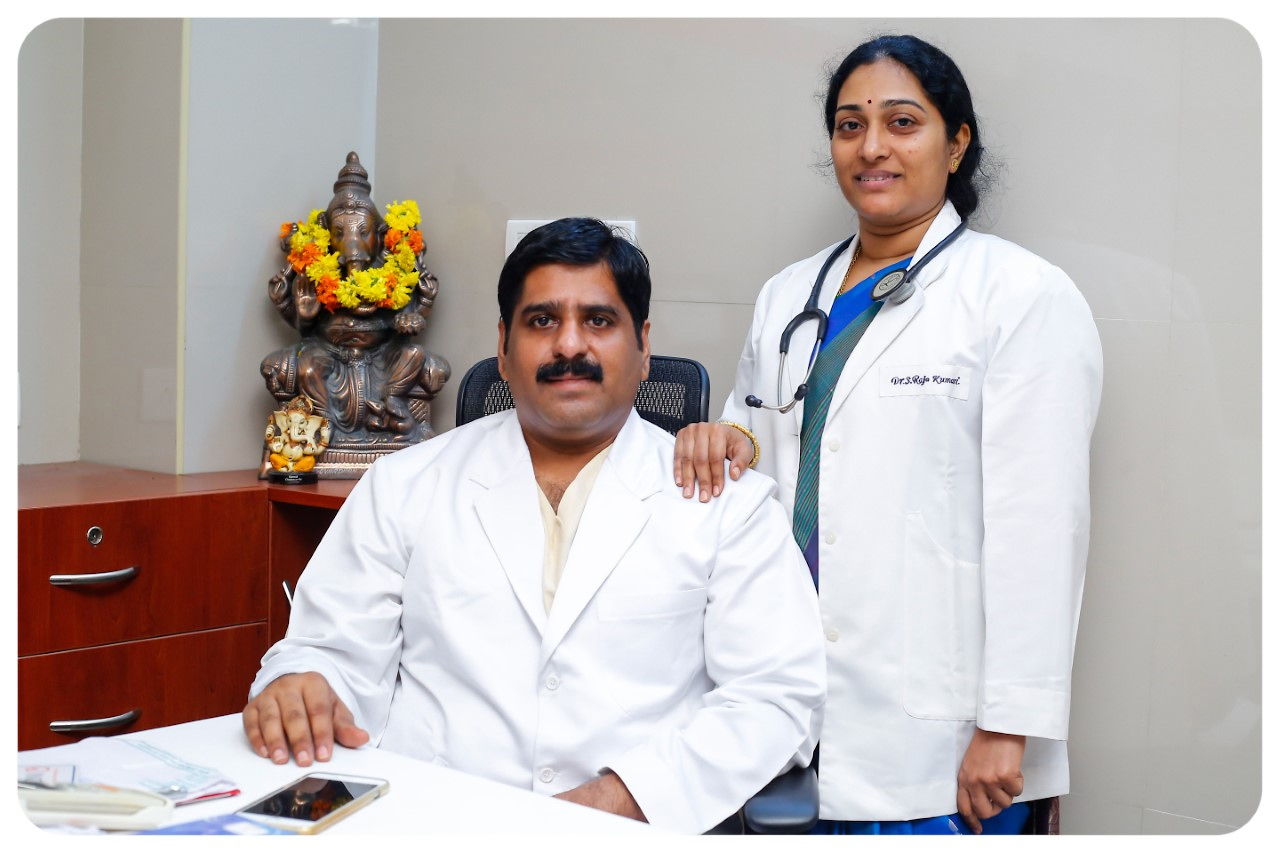 “I wasn’t producing eggs, so a donor egg was fertilised with Raja’s sperm. The treatment was gruelling – I had hot flushes and fatigue – but to our disbelief the first cycle worked, and in January 2019 the doctor told me I was pregnant.

“I was the happiest I’d ever been, and Raja, then 82, couldn’t believe he was going to be a dad. Our community told me I was wrong to fall pregnant and that I’d die before my child was an adult, but our longing overtook every other emotion.

“When I was three months pregnant, the doctor said I was expecting twins, and though the news was daunting, it felt like a miracle. The exhaustion was almost unbearable, but I still loved being pregnant, and thankfully I had no other complications or morning sickness.

“On September 5, 2019, our twin girls were delivered by caesarean at 38 weeks. We named them Rama Tulasi and Uma Tulasi and they weighed just over 4lb each. Holding them for the first time was beautiful. We were kept in hospital for a couple of weeks so doctors could make sure the three of us were healthy, but thankfully we were then allowed home. 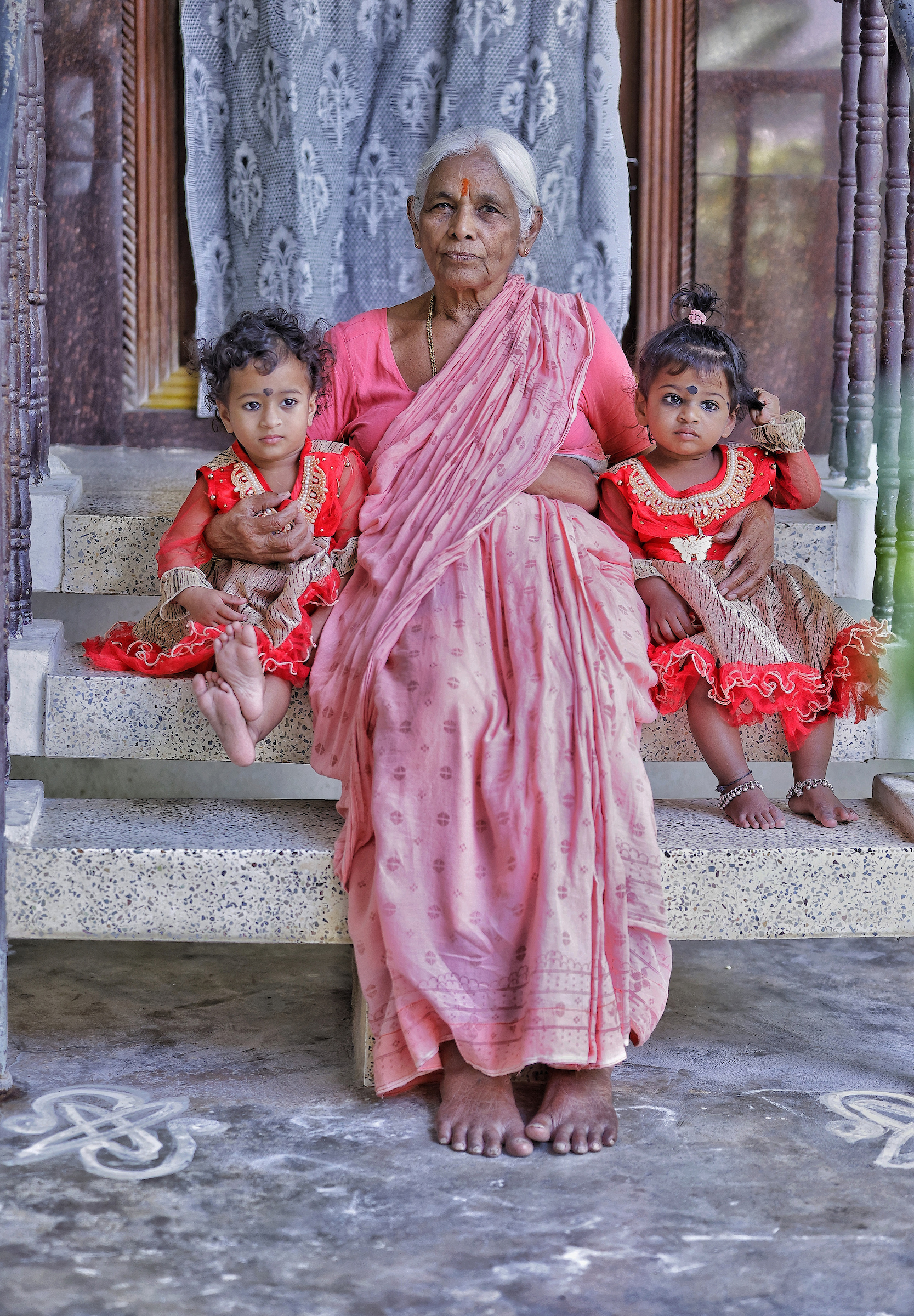 After undergoing early menopause at 40, Yerramatti Mangayamma became pregnant with the help of an egg donorCredit: Cover Asia Press/Narasinham Ve

“At first it was hard. The doctor told me not to breastfeed, as it would put pressure on my body, so I used milk banks. The sleepless nights were relentless, but I found meditation helped.

“It’s not traditional in India for the husband to be too involved with babies early on, but Raja helped where he could. I soon got into a routine and started to enjoy life as a mum. 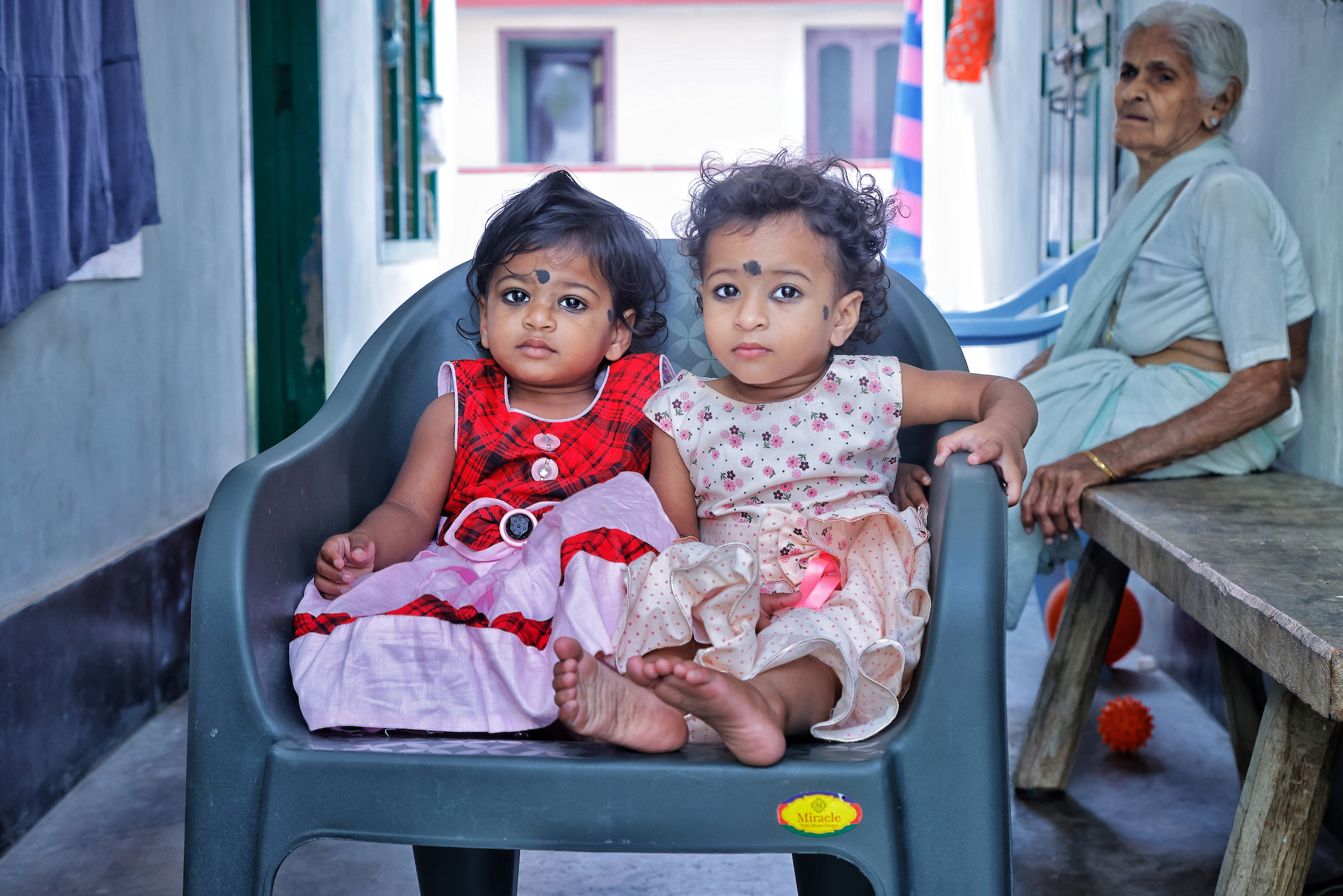 “In October 2020, Raja died of a heart attack, aged 84. I was bereft, but the girls helped me through my grief. Raja only had 13 months with the twins and it’s tough without him, but my family and friends are close by, and I have savings and own our home.

“I’m determined to be here to see the girls grow up, but I’ve chosen a family friend to raise them if anything happens to me.

“I’m so thrilled I got to be a mum after all the years I spent heartbroken without children.”

With a six-year-old shielding and foster kids to homeschool I had to step up, Fabulous’ Mum of the Year 2021 says