A NEW mum who didn’t know she was pregnant was shocked when she gave birth on a plane, according to a viral TikTok video.

Passenger Julia Hansen shared footage from inside the plane on the social media platform, taken in the moments after the unidentified mother had given birth, where cries of a newborn can be heard and fellow passengers applauding. 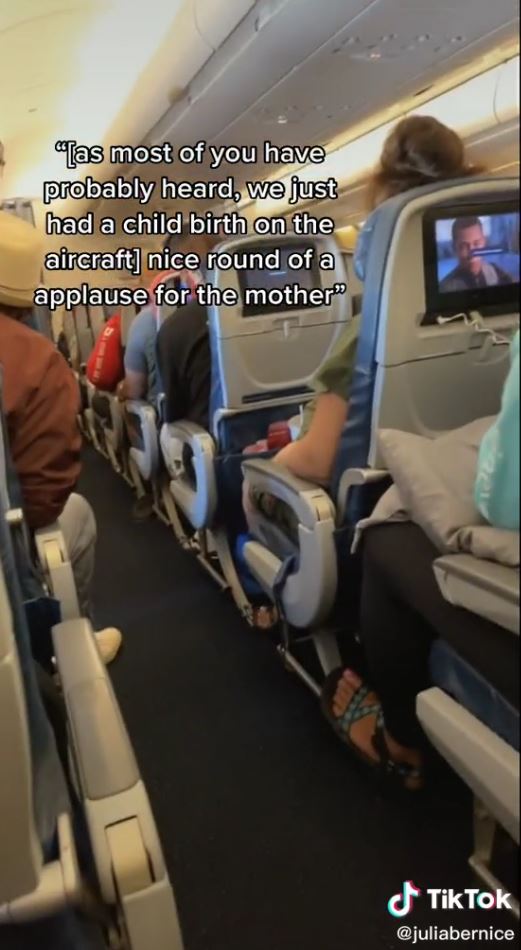 Julia Hansen captured the moment that a woman gave birth on an aeroplaneCredit: TikTok/juliabernice

Ms Hansen claimed the woman had been allowed to travel in the third trimester of her pregnancy because she “didn’t know” she was expecting.

The TikTok clip begins with Ms Hansen whispering: “A baby was just born on this plane.”

Footage then captures passengers on board a Delta flight from Salt Lake City to Honolulu on Wednesday applauding and congratulating the woman for her incredible mid-air feat.

Later, a crew member can be heard over the plane’s intercom asking passengers to remain seated “to allow a passenger to seek medical assistance”. 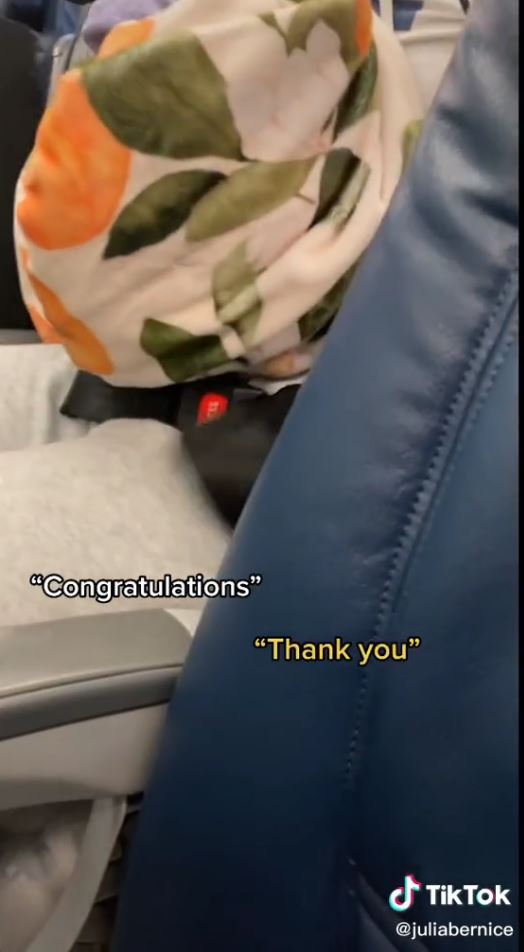 The mother apparently had no idea she was expectingCredit: TikTok/juliabernice 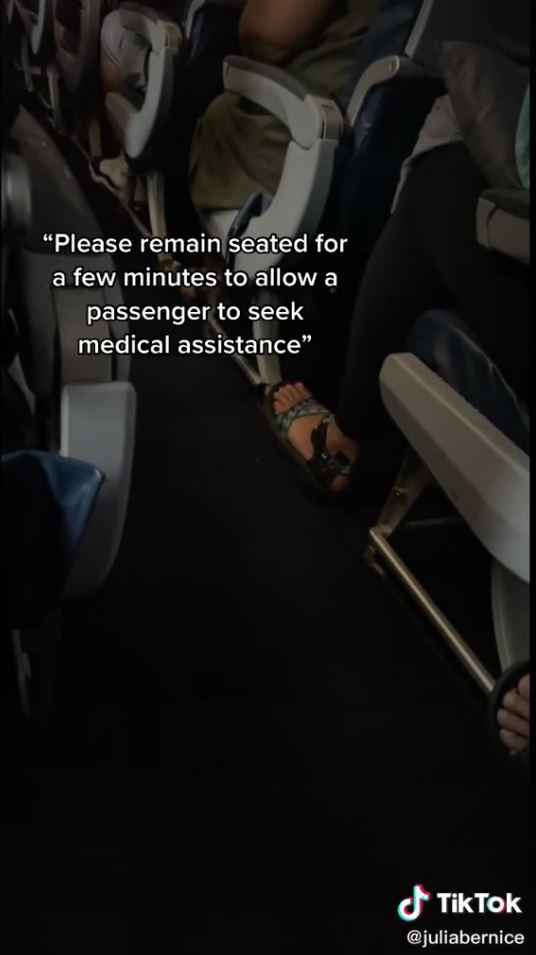 The new mum and her baby were then wheeled off the plane upon landingCredit: TikTok/juliabernice

Upon landing, she shows the mother being wheeled off the plane by paramedics, holding the newborn bub in her arms.

Ms Hansen’s video has been viewed more than 10 million times since it was shared Friday. She did not show the “overwhelmed” woman’s face or baby in the clip.

“The mother and baby were perfectly healthy when they got off the plane,” she wrote in the comments.

“To those wondering how she was able to fly in her third trimester, I sat next to her dad on the plane and he said they didn’t even know she was pregnant.” 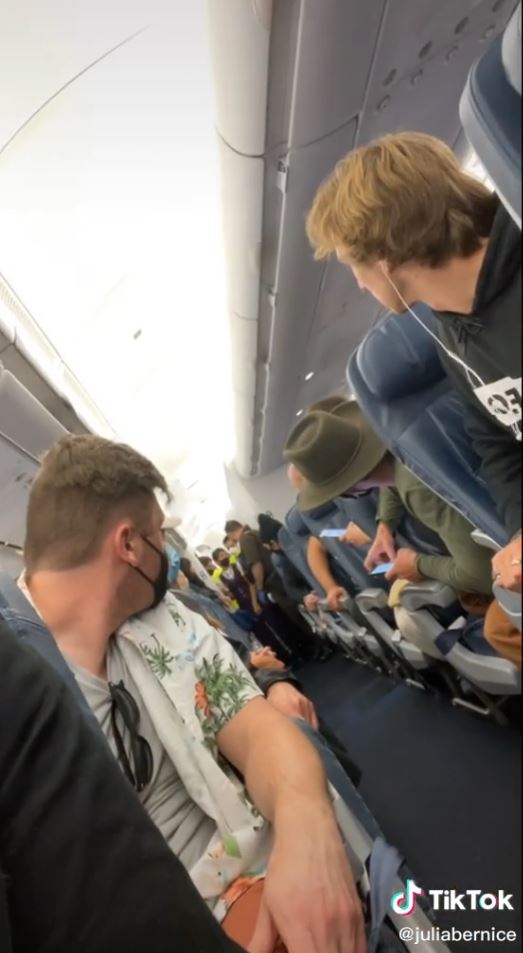 Many commenters praised Ms Hansen for “respecting her privacy” by not showing the new mum’s face or that of her baby to which she responded saying “she was already overwhelmed as it was”.

The video has drawn thousands of comments, many from people who said they felt for the mother in the situation.

“I can’t even imagine, she was probably so scared,” one said.

“That poor mum was probably so scared!” another agreed.

“This must have been so traumatic,” someone else mused.

Others joked the baby was “air borne” and teased she should be named “Jet” or “Sky”.

Many wondered how being born in air space would affect citizenship and birth records.

According to the Washington Post, babies born in a plane over US airspace would be considered US citizens.

However, the baby’s birth certificate could be a little trickier if the certificate is registered in the location where the baby deplaned.

Luckily for the mother, a doctor and nurse were on board the flight to help deliver the baby.

This article was originally published on news.com.au and has been republished here with permission.

Ten-day quarantines for people exposed to Covid could be scrapped