THERE are two things I have always wanted to become in life – one was a doctor and the other, a mother.

I ticked off the first back in 2007, but two years ago I was starting to worry that time was running out for the other, so I was exploring ways to have a baby as a single person. 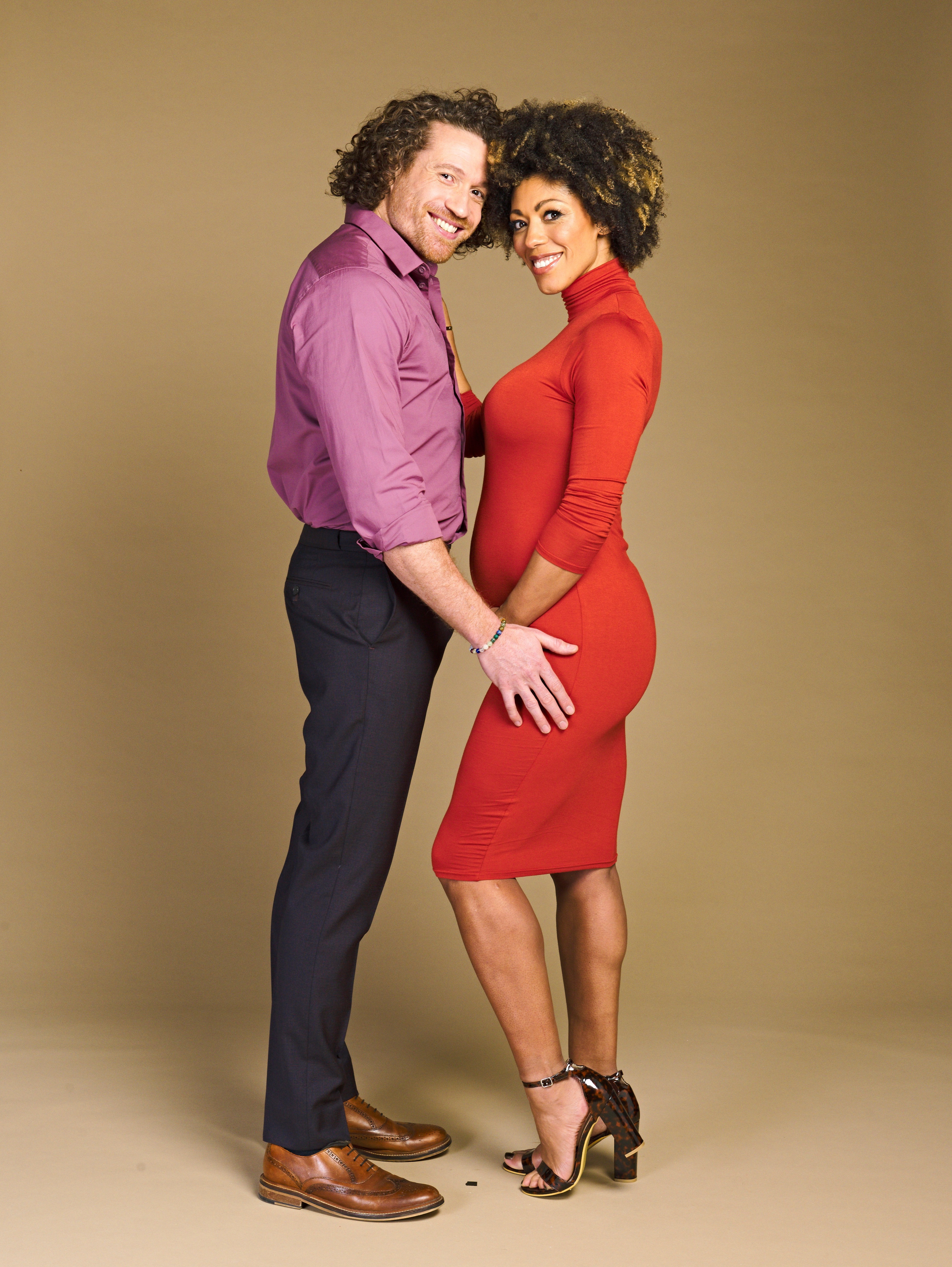 Dr Zoe Williams explored ways to have a baby as a single person until she met her dream manCredit: Lancton

If someone had told me then that I’d now be pregnant and in a serious, committed relationship I would have asked who on earth the man involved was.

But after meeting my partner, Stuart McKay, in a bar in Portugal on holiday in September 2019, we’re set to become parents for the first time in June this year, and we can’t wait.

But, it’s tinged with great sadness that my own mum, Marilyn, won’t be a part of her grandchild’s life, after alcoholism eventually took her from us four years ago.

I thought I knew everything I needed to know about my own childhood, but carrying my own baby has made me wish I’d asked her more about her ­pregnancy and labour with me.

When she died in 2017, she wasn’t the same woman who had raised my brother and I. As is so often the case, alcoholism sadly changed our mum. It’s my memories of her when I was a child that will shape the way I parent.

She was strict, in a good way. She valued good ­manners massively, and respect and integrity — and they are all things I want to bring to my parenting. She always made us feel overwhelmed with love. 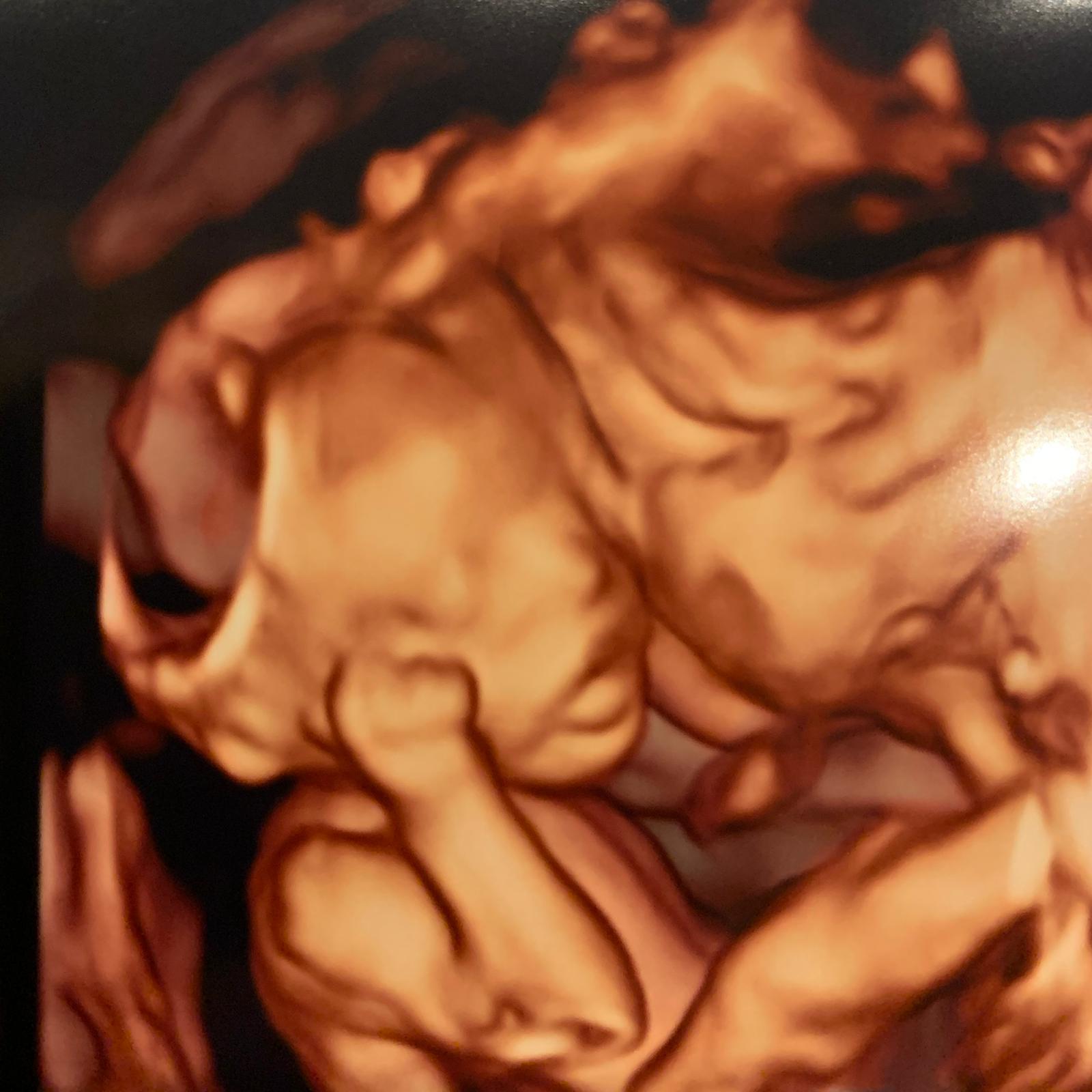 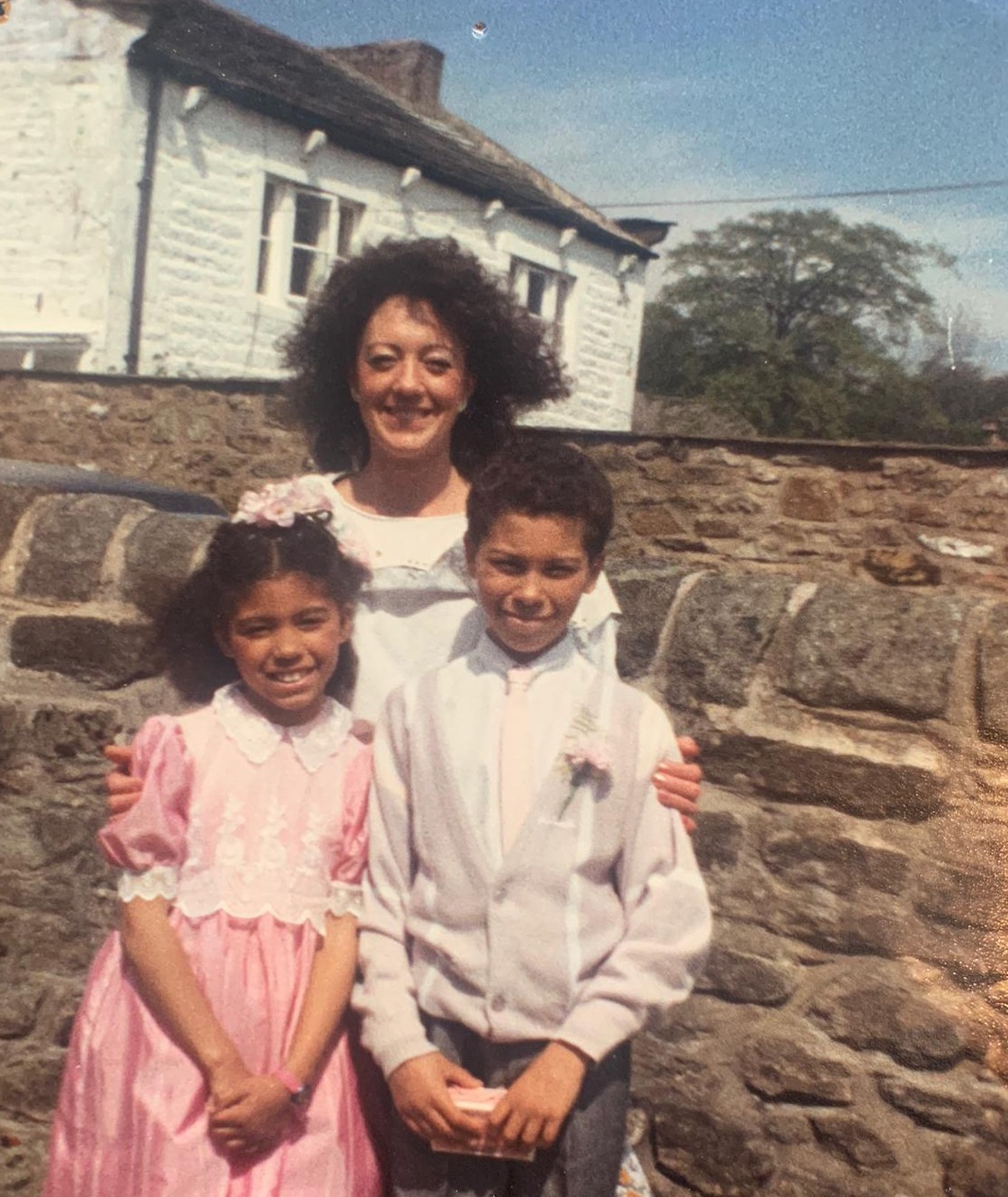 Zoe, here with her mum and brother Linton, says ‘It’s tinged with great sadness that my own mum, Marilyn, won’t be a part of her grandchild’s life’

My mum taught me everything that’s important. For years, she was the first person I’d go to if I needed to talk about anything, or if I needed advice.

Not having that as a new mum myself is going to be really hard. It’s a part of my life she won’t ever get to share with me but there’s a lot about the parent she was when I was young that will live on in me.

While she won’t meet her grandchild, I’m hoping my baby will take on some family traits from both sides. Like me, Stuart is half-Jamaican.

Both our dads’ families are from the ­Caribbean and we both have Caucasian mums — but his skin is lighter than mine, and his hair is straighter, so it’s a bit of a lottery to see what our son or daughter will look like.

On our 4D scan, you could see he or she has big lips like me and we’re both hoping to pass on our athletic genes too. We’ve already spent lots of fun hours ­debating names.

We’ve got a list of around 20, ten boys’ and ten girls’ ones but we’re still not convinced we’ve got “the one”. 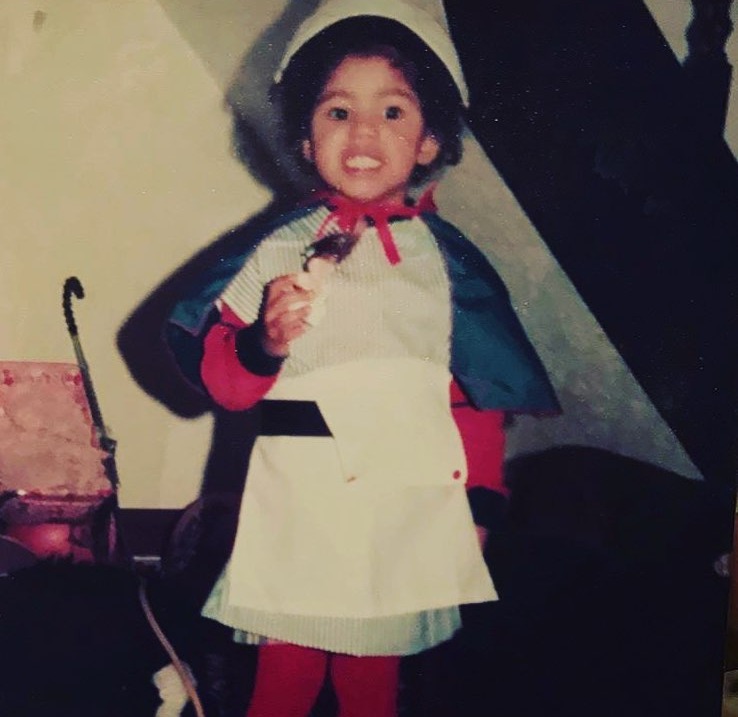 Zoe wants to follow in the footsteps of her mum as she becomes a parent, she says ‘She always made us feel overwhelmed with love’ 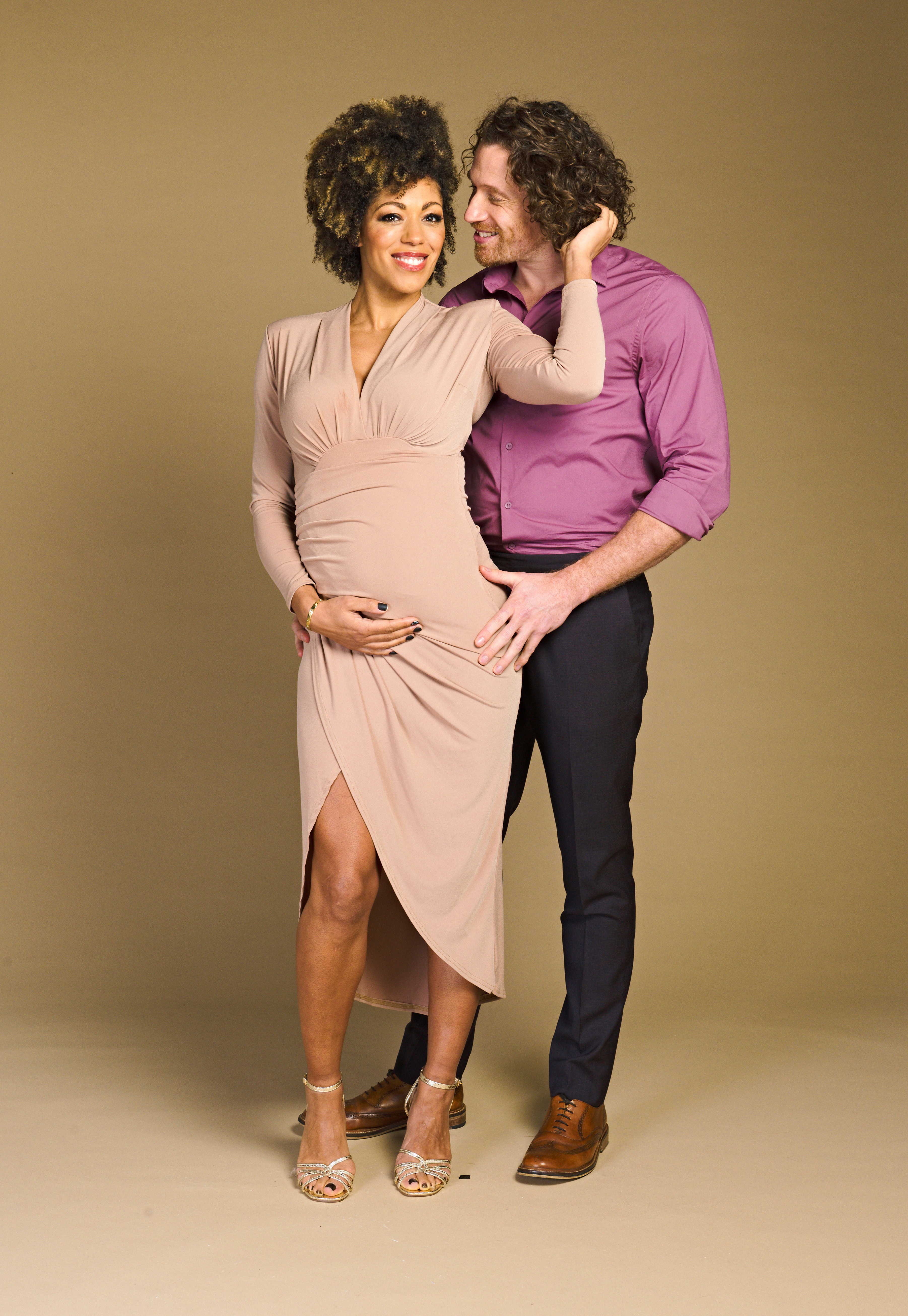 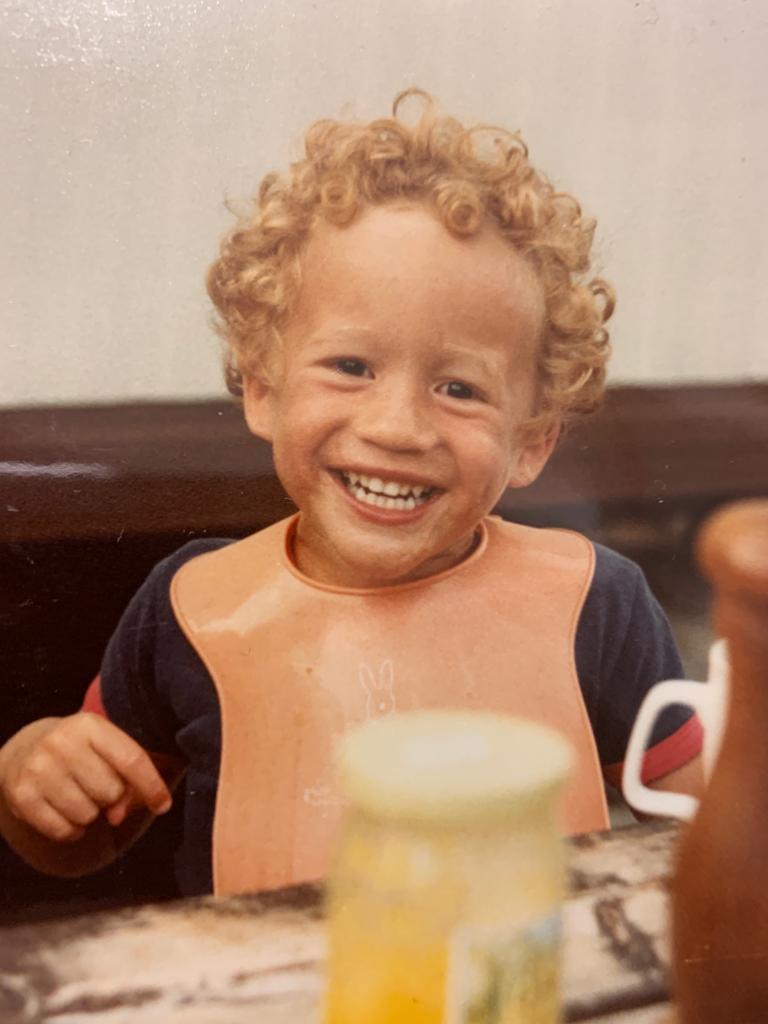 Our child’s Jamaican roots may not be so obvious from their appearance, but our heritage is really important to us both, so we’ve been toying with some Caribbean and Jamaican names too.

I was raised as a mixed-race child in a predominantly Caucasian area in Burnley, and I always felt that I stood out growing up. Yet my nephew Rayan, 11, is also mixed race and while he knows about Black Lives Matter and race issues, he’s never experienced anything that has made him feel “different”, which is unlike how his dad and I grew up.

I love the North. It will always be my home but we are both excited about raising a mixed-race child in London — it’s such a culturally diverse place. In my GP practice, we have people of so many ethnicities, skin colours and religions — that’s part of what makes London so incredible.

My whole family has been so ­supportive. Dad was delighted and cried when I told him — we both did as he knows how much I’ve wanted this. He’s a pops already to my nephew Rayan, and is always the one to be mischievous and have a bit of fun.

He’s super-fit and healthy, always climbing trees and playing around, so I can’t wait to see his relationship develop with our little one.

He’s always been pretty hands on with Rayan — who thinks it’s “cool” that a baby cousin is on the way. I’m over halfway through my pregnancy now and while my obstetrician has told me how fit and healthy I am, I’m still labelled a geriatric mum, which is an outdated term that doesn’t leave you feeling great.

‘I’m growing another human being’

The average age for women to give birth in the UK is 30.7, the oldest it’s ever been, but the number of women giving birth in their 40s is also at the highest levels since records began.

Older mums are at higher risk of high blood pressure, miscarriage, gestational diabetes, and their babies are more likely to have Down’s syndrome, Edward’s syndrome and Patau’s syndrome.

They are all chromosomal conditions and the risk increases with the age of the mum and the dad. So because we’re both 40, Stuart and I opted to go one step further than the tests available on the NHS, and had what’s called a non-invasive prenatal test (NIPT).

It’s a simple blood test done from as early as ten weeks, and can pick up the baby’s DNA in mum’s bloodstream. It’s expensive — costing between £350 and £500 — but it can tell ­parents whether these chromosomal conditions are likely to be present.

We took a few days to think about it, and didn’t know what we’d do if the screening came back ­positive. The life expectancy of Edward’s and Patau’s is no more than a few weeks, but children born with an extra 21 chromosome, meaning they have Down’s syndrome, can live full, happy lives.

We decided we wanted to know either way, and that we would make a decision regarding abortion if the results showed an abnormality. 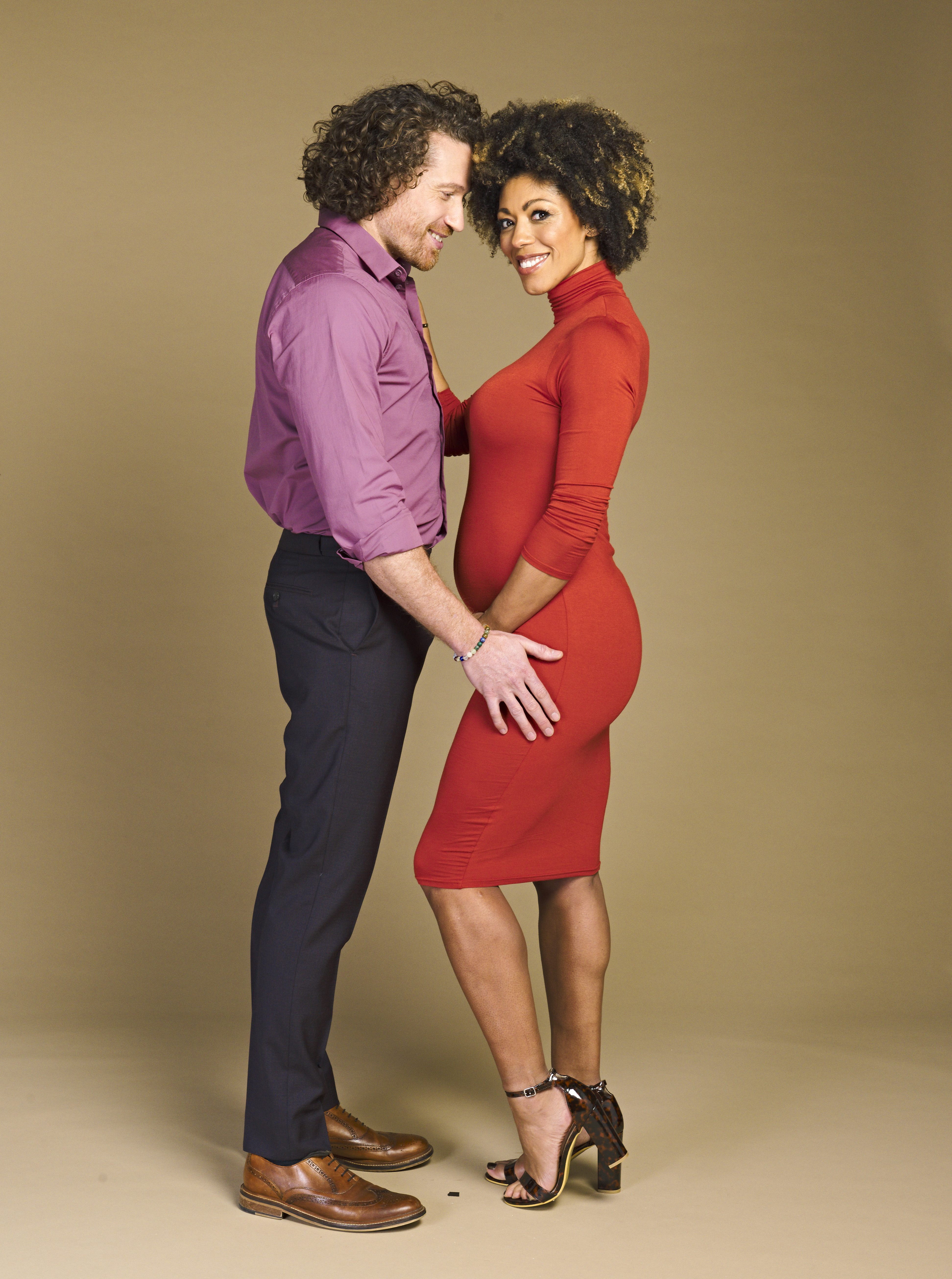 With Stuart and Zoe both being 40, pregnancy risk increasesCredit: Lancton 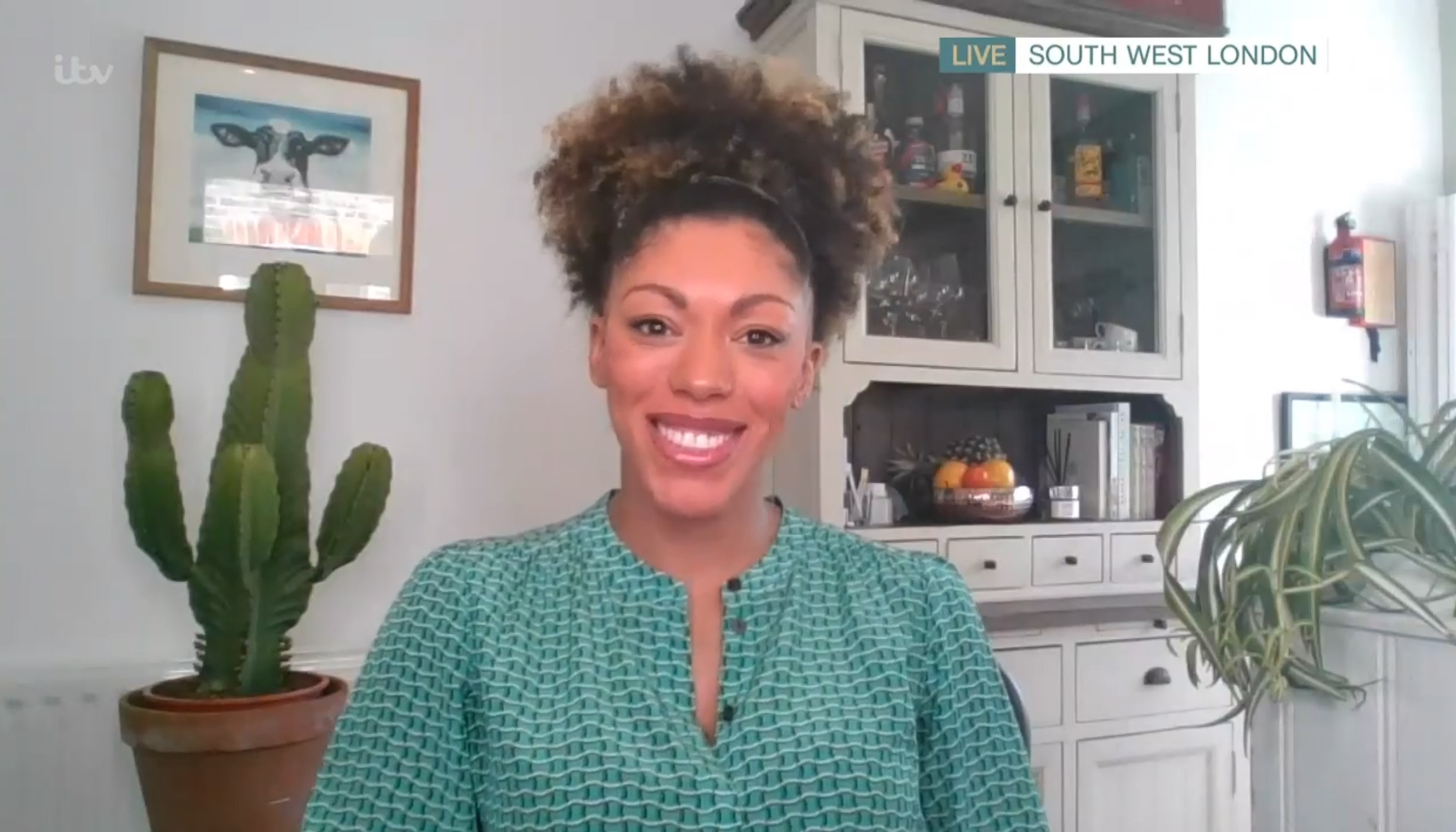 The couple got the all-clear that their new born baby will not suffer from any chromosomal condition after taking a non-invasive prenatal testCredit: Rex

Fortunately, we got the all-clear — with more than 99.9 per cent certainty. While this was right for us, it won’t be the right decision for all parents-to-be. Each woman or couple will have ­different factors to consider, but I hope one day NIPT tests will be on the NHS as it can reduce the need for other, more invasive tests.

I am completely familiar with the whole pregnancy process, from a medical point of view. But when it happens to you and your body, it’s a completely different experience.

I’ve loved seeing and feeling the changes. It’s mind-blowing to think I’m growing another human being. As a doctor, I’ve seen many women who have the extreme, and sometimes serious, symptoms of pregnancy such as severe morning sickness. So by comparison I feel as though I’ve been quite lucky.

In the first trimester, I did have nausea most days, and felt very tired at times, but I know from my clinical ­experience that I got off quite lightly. My boobs are out of control though and I’m not even in the third trimester yet. I don’t normally have a sweet tooth but can’t seem to get enough of cake at the moment.

I’m pretty healthy and I’m still exercising, doing yoga and running a few kilometres a few times a week. I sometimes forget I’m pregnant though and get frustrated my legs won’t go where I want them to go and then I remember I have a bump and a baby growing inside me.

Exercise is as much about my mental health as being in the best shape to give birth. I’ve suffered with anxiety and depression in the past and exercise is one of the keys to me looking after myself. I’ve been at lots of births, both as a doctor and when I was a birthing partner for my friend Emma. 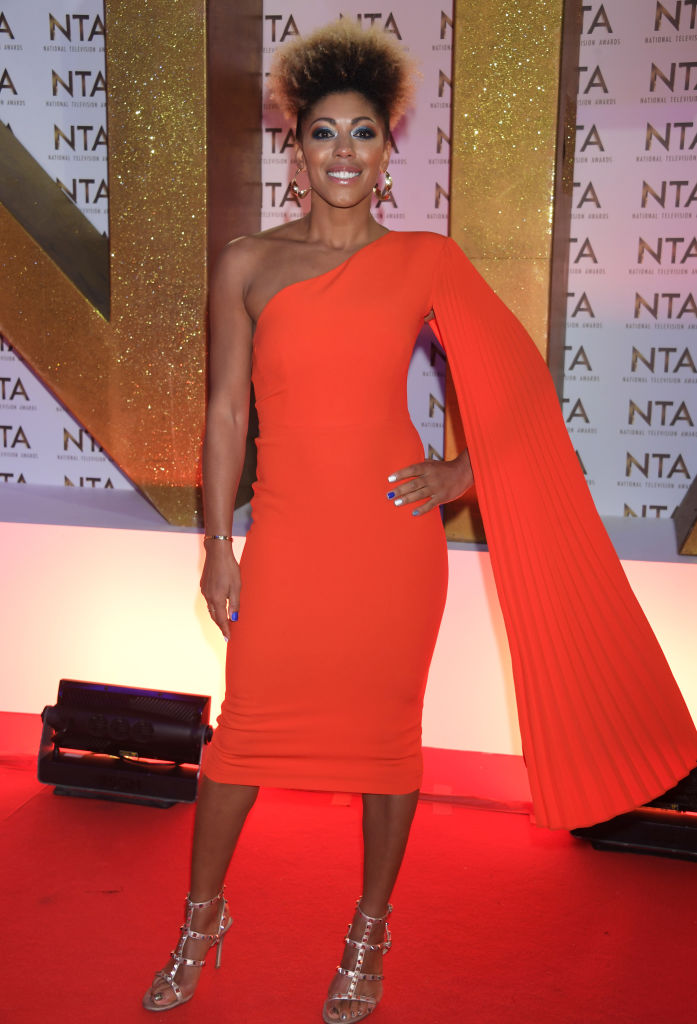 Zoe keeps fit by exercising as she explains it is ‘as much about my mental health as being in the best shape to give birth’Credit: Getty 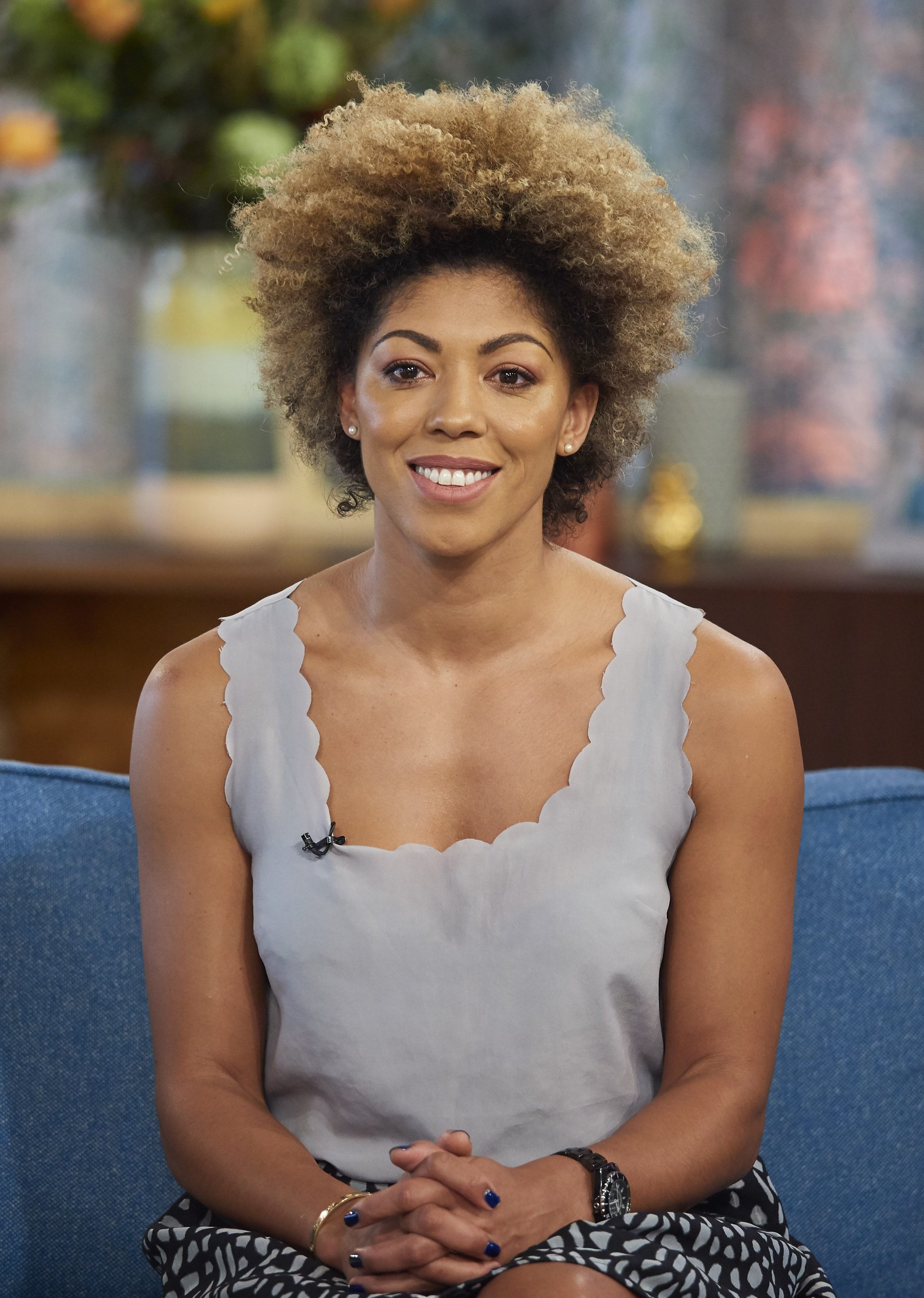 So I know I want it to be as natural as possible, and I couldn’t wish for a better birth partner than Stuart. He’s caring, supportive, and not squeamish or grossed out by anything. Not only that, but because of me — and his job in health sciences — he’s got a pretty sound medical knowledge too.

While I am only three months away from having my second dream come true, I know I’ll miss my work when I take maternity leave. My patients mean a lot to me and it’ll be hard taking time off, but I’m so excited to see what the next chapter brings.

It’s taken a while to get the two things I longed for from a young age but it’s ­happening at the perfect time. People always say you’re never ready or prepared for your first child, but I’m so ready.

How you can have an eight-hour orgasm