A MUM has revealed that she gives her baby dog toys to play with, as they are cheaper than kids ones and keep them entertained for hours.

TikTok user Catherine Glover shared her tip on social media after spotting a “durable and non-toxic” snack dispenser on Amazon. 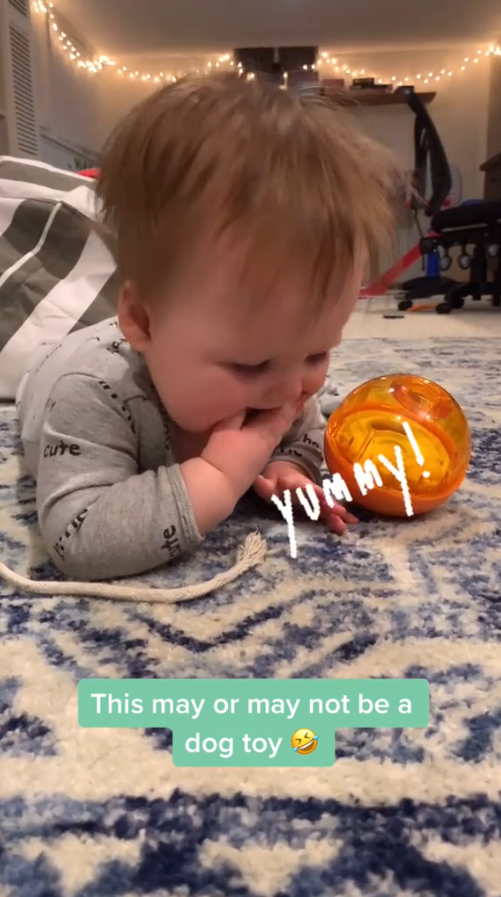 A mum has revealed how she buys her baby dog toys and it keeps them entertained for hoursCredit: filipinahalfsie/TikTok

She fills the plastic ball with some cereal shapes before placing it on the floor ready for her crawling baby to play with.

As the tot knocks the plastic sphere, the snacks drop out onto the carpet one by one, keeping the little one busy for hours.

Viewers were quick to praise her hack, with some admitting that they already do the same.

Commenting on the video, one wrote: “Do you have any idea how many dog toys my granddaughter has lol.” 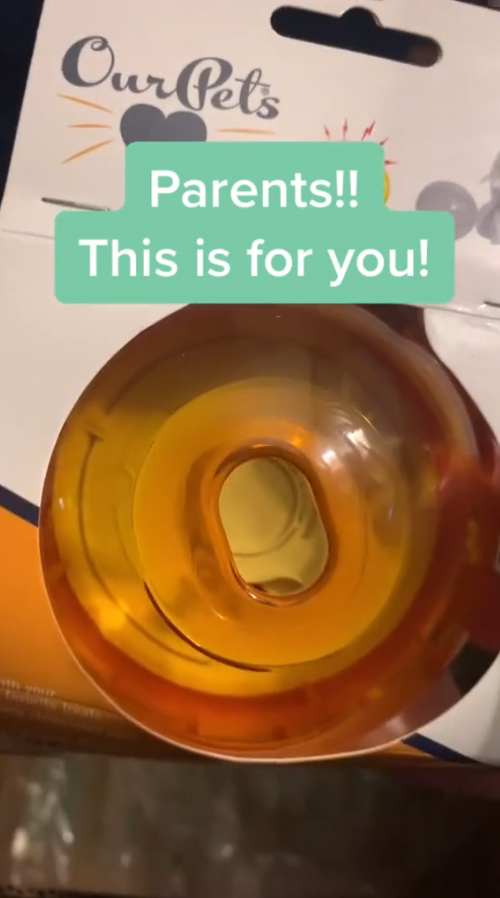 The plastic toy is designed to prevent “destructive” behaviour in dogsCredit: filipinahalfsie/TikTok 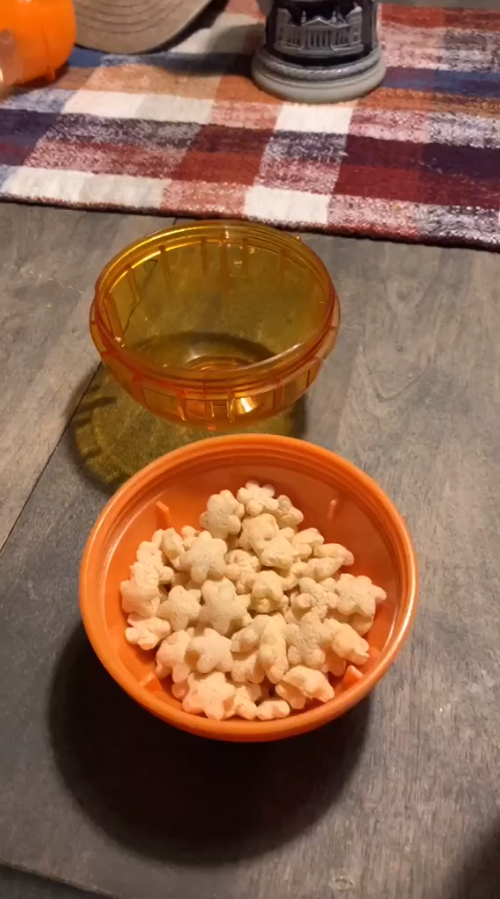 But filled with cereal it works just as well for babiesCredit: filipinahalfsie/TikTok

“It’s great for little ones looks like”, agreed another, while a third added, “If it works it works.”

However, other naysayers warned that it could be dangerous to eat off the floor.

“So teaching them it’s OK to eat off the ground. Wow 5 second rule”, commented one.

Another agreed adding: “Ohhh noo why can I imagine this rolling into cat litter or dog dodo and the baby eats it still?”

But Catherine was quick to reply: “Lol what, I don’t have poop just lying around my carpet.”

In other parenting news, this shopper has a shock when her waters broke in B&M.

And this mum let her child pick their own gender, but says she gets abuse for it.

Plus this mum-to-be reveals she fell pregnant while already expecting – and is now having TRIPLETS conceived 10 days apart.

Super-organised mum-of-two, 30, shares her hacks for EVERY room and the 20 items to bin