A MUM has been left unable to brush her little girl’s hair due to a rare condition that leaves her looking like she has constant bed head.

Zoey Freda, five, has uncombable hair syndrome (UHS) – an extremely rare genetic condition, characterised by frizzy, untameable locks, which grow out from the scalp in multiple directions and are fragile, slow growing and very difficult to style. 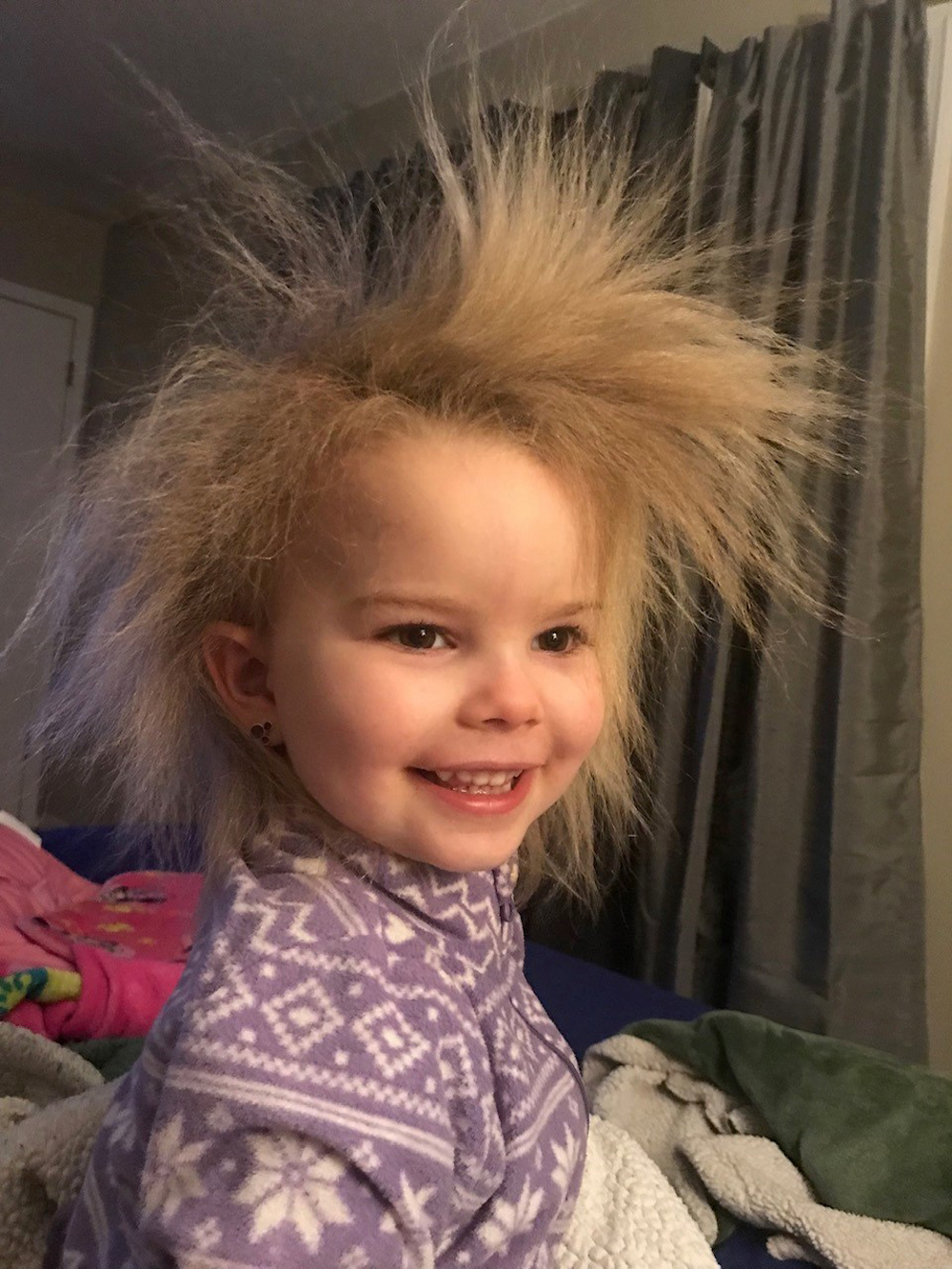 Now mum Tiffany Lequieu, 35, of Toney, Alabama, who works at her school in the virtual learning team, to start a Facebook account called The Chronicles of Zoey, to raise awareness of UHS, which can be accompanied by related symptoms including heart trouble.

She said: “I’ve had people say to me, ‘Look at that bed head, don’t you take care of your daughter?’

“It got me thinking how, as adults, we tend to judge a book by its cover a lot.

“So, the more awareness we can bring to the fact that there is nothing wrong with Zoey, the better. She is smart, quirky and perfectly healthy and she embraces that. She just looks different. 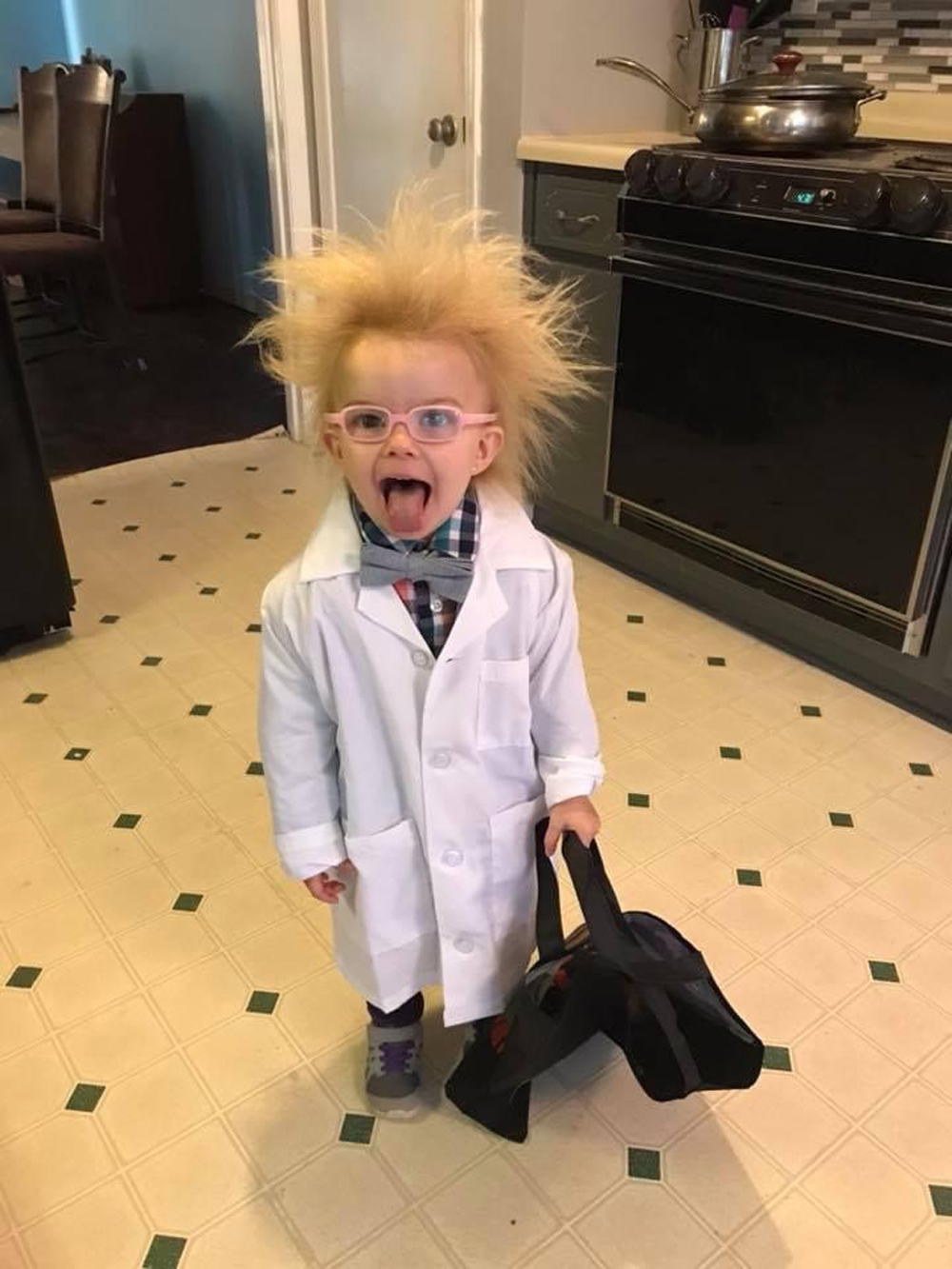 The condition leaves Zoey with frizzy, untameable locks, which grow out from the scalp in multiple directionsCredit: PA Real Life

“If we can reach just one person to say, ‘Don’t judge a book by its cover,’ then Zoey can be proud that she’s making a difference.”

Oddly, Zoey was born without “a lick of hair on her head,” according to Tiffany, who said “peach fuzz” then grew, but fell out when she turned one.

“When it grew back it looked crimped, like one of those dogs with really crazy fur,” laughed Tiffany.

“It looked like I had taken a crimper from the 80s and crimped every single hair on her head.

“I was perplexed, because no-one in my family had hair like hers – ours is all brown or black.” 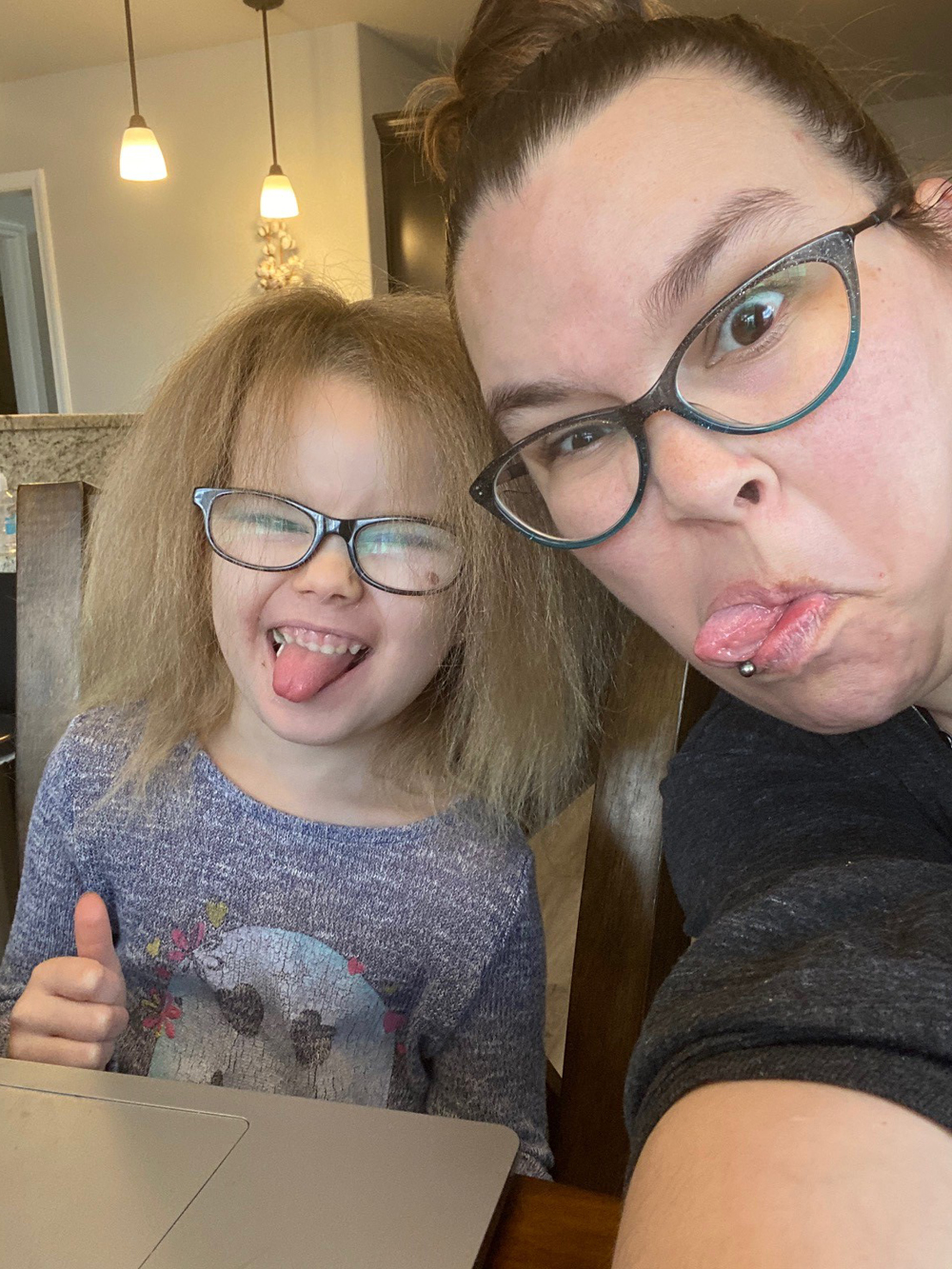 Zoey’s mum Tiffany says that strangers have accused her of not taking proper care of her daughter’s hairCredit: PA Real Life 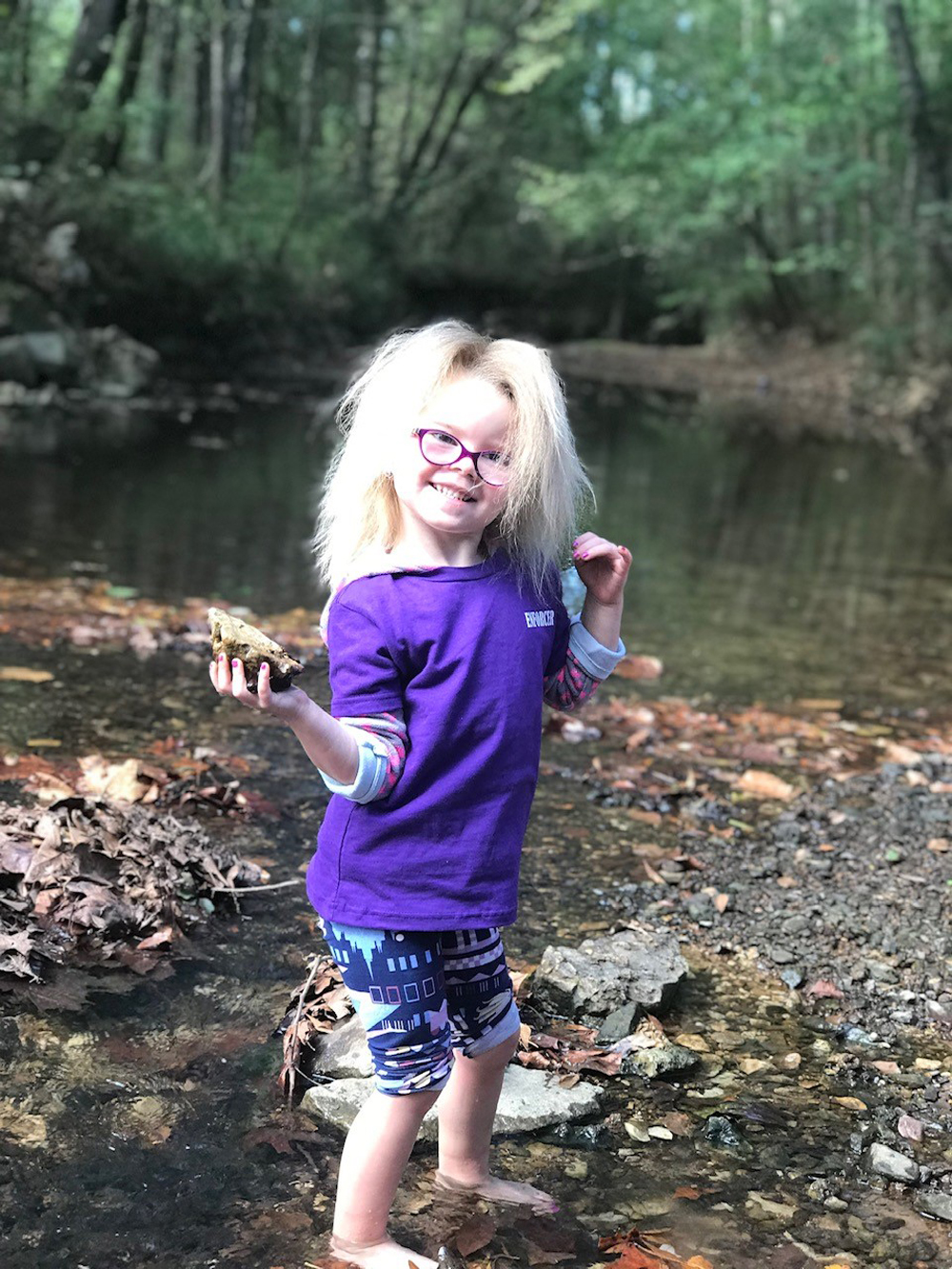 Taking ages to grow, Zoey’s hair could not be styled – making it impossible to tie in girly bows without handfuls snapping off.

While she realised it was unusual, it was not until her daughter was two and she read about another child with UHS, that Tiffany realised this was what she had.

Through a support group for the condition on Facebook, she spoke to other parents and discovered there could be additional symptoms linked to the syndrome that can affect nails, teeth, and most seriously, the heart.

“Although it’s thought to be extremely rare, the heart condition freaked me out so much that I took her to see a dermatologist when she was two-and-a-half, who confirmed she had UHS, and then a geneticist for tests to rule out any of the other co-morbidities,” said Tiffany.

What is Uncomable Hair Syndrome?

Uncombable hair syndrome is a condition that is characterised by dry, frizzy hair that cannot be combed flat.

This condition develops in childhood, often between infancy and age 3, but can appear as late as age 12.

Affected children have light-coloured hair, described as blond or silvery with a glistening sheen.

The hair does not grow downward but out from the scalp in multiple directions.

Despite its appearance, the hair is not fragile or brittle, and it grows at a normal or slightly slower rate.

Only scalp hair is affected in uncombable hair syndrome.

For unknown reasons, this condition usually improves over time.

By adolescence individuals with uncombable hair syndrome have hair that lies flat and has normal or nearly normal texture. 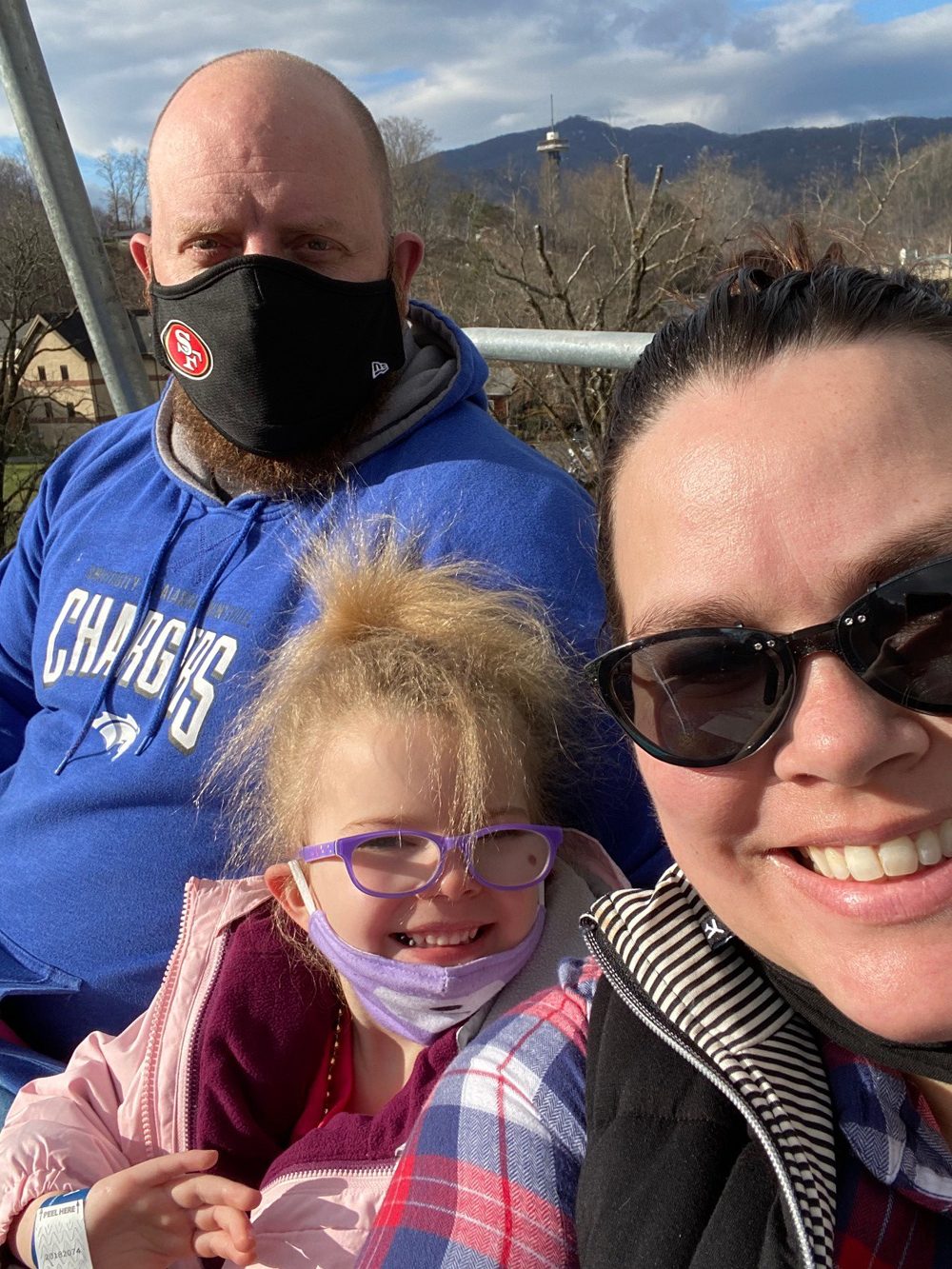 Zoey’s condition can also be linked to heart issues, but thankfully she has not symptomsCredit: PA Real Life

“That whole period was such a whirlwind.

“Thankfully, they said she had no symptoms.”

Recalling an incident when she was two and a round brush became entangled in her unruly mop, Tiffany said: “Her hair was matted from sleep, so I tried to untangle it, but the brush got stuck.

“I managed to get it out very carefully, but there was a lot of hair loss and breakage that time.

“The crown of her head still hasn’t recovered fully – it’s much shorter back there.

“This was before we learned that silk pillowcases are the best thing to stop her hair getting matted like that.” 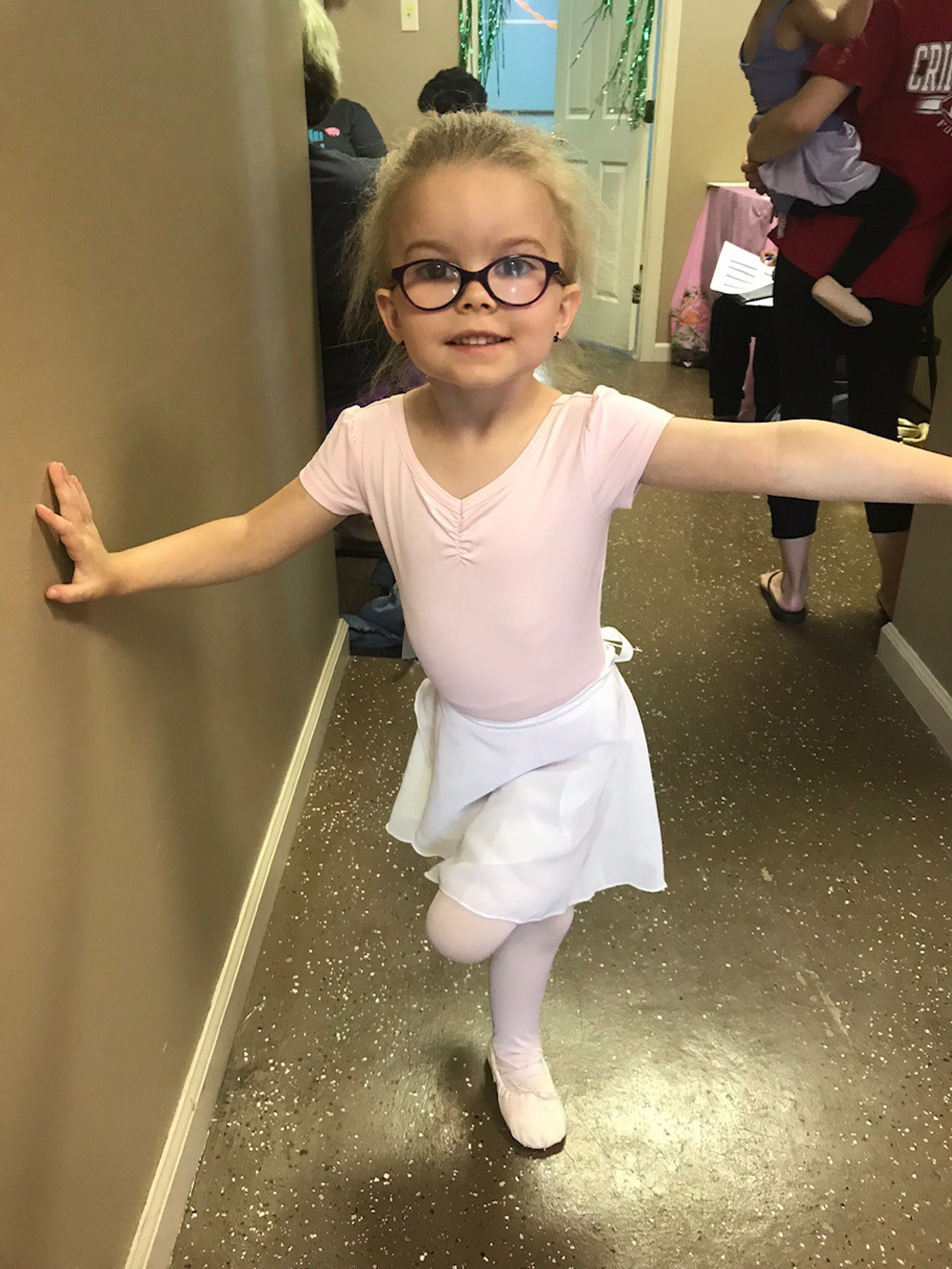 Zoey has to sleep on a silk pillow case to prevent her hair from mattingCredit: PA Real Life

Aged three, the playful toddler had another run in – this time with a pot of toy slime.

Tiffany said: “Zoey was given a slime-making kit as a Christmas present. We had already made one type of slime with no problems.

“I was cooking dinner and left her unattended, because I thought a three-year-old would never think to put slime in their hair. I was so wrong.”

Horrified when she saw Zoey’s gloopy hairdo and fearing she would cause irreparable damage, leaving bald patches that would take years to grow back, Tiffany managed to clean it out using washing up liquid Dial – used by environmentalists to clean up seabirds after oil spills.

She said: “It was terrifying for me, because I got gum in my hair once and I had to cut it out. I thought this might be the equivalent for Zoey.

“It wasn’t a big deal for me, because my hair grows out – but if we cut her hair, we see the effects of that for years to come. 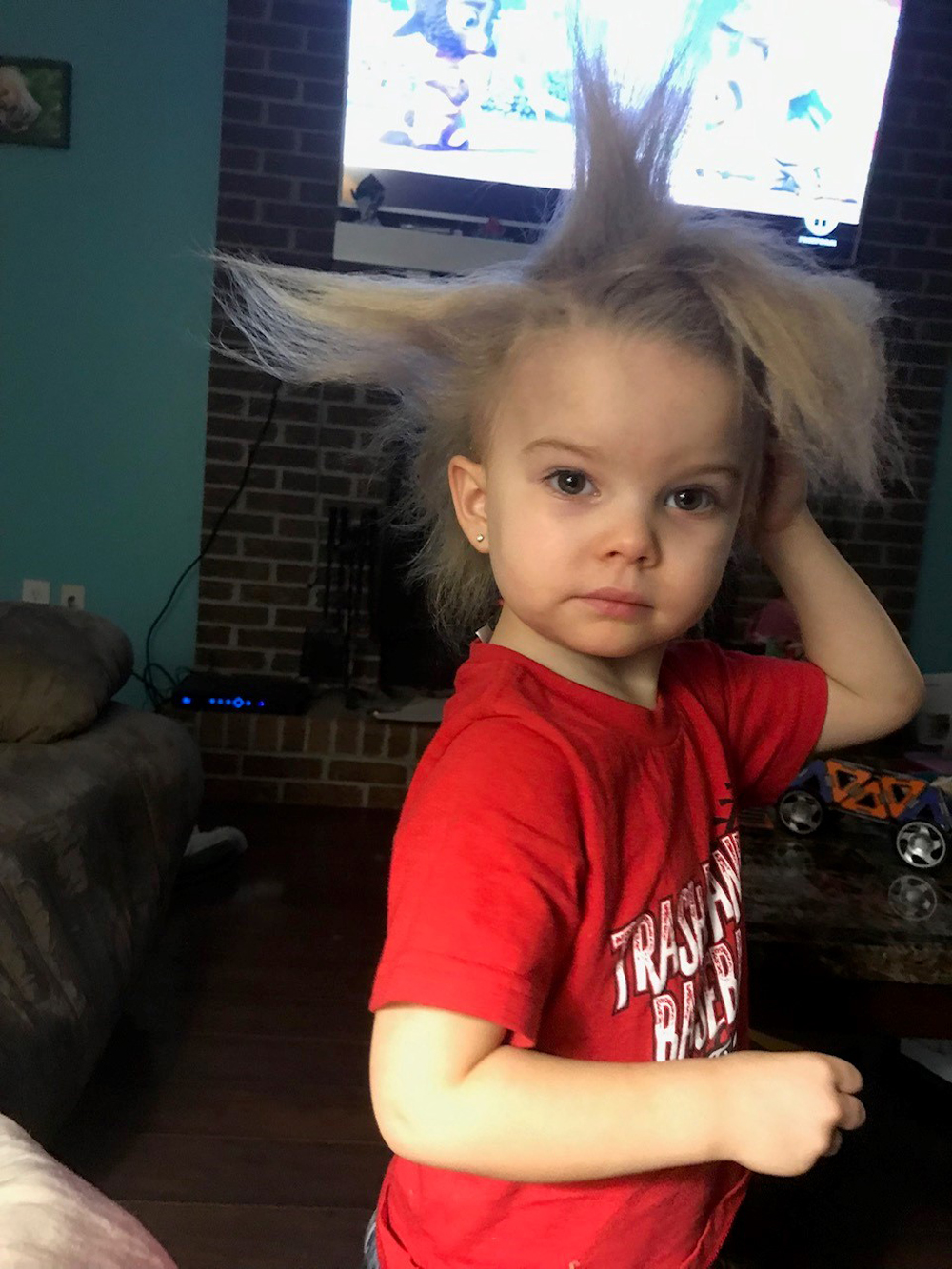 Unless it gets really dirty from playing outside, Tiffany will only wash Zoey’s hair every two to three weeksCredit: PA Real Life

“It has left a lasting impression on me and we don’t let slime come anywhere near our house now!”

Unless it gets really dirty from playing outside, Tiffany will only wash Zoey’s hair every two to three weeks.

Because she hardly sweats – something Tiffany claims is common among UHS children – her hair stays soft and smooth.

After trying every mask or treatment under the sun – including those designed for afro hair – the only things Zoey’s locks can handle are the odd small spray of detangler and a specially-designed brush.

“There are multiple times a week when she will be walking around with a clump of hair in her hand,” said Tiffany.

“When it first started happening, I thought my child would be bald for the rest of her life, but her hair is extremely thick.

We’re very positive about her hair in our house, and we’ve drilled it into Zoey from a young age to be the same

“However much falls out of that child’s head, there’s a lot more where it came from.”

Sadly, as she gets older and more girly, Zoey longs to try out different hairstyles, but she can only wear hats, fabric hair ties and headbands, with elaborate plaits and braids being a no-go.

After trying to tame her daughter’s hair – even once attempting and failing to straighten it – Tiffany now embraces her extraordinary style, which she shows off proudly whenever there is a photo opportunity.

The one exception was when Zoey started ballet and tap classes in August 2019, when she had to attempt a bun – a very risky style. 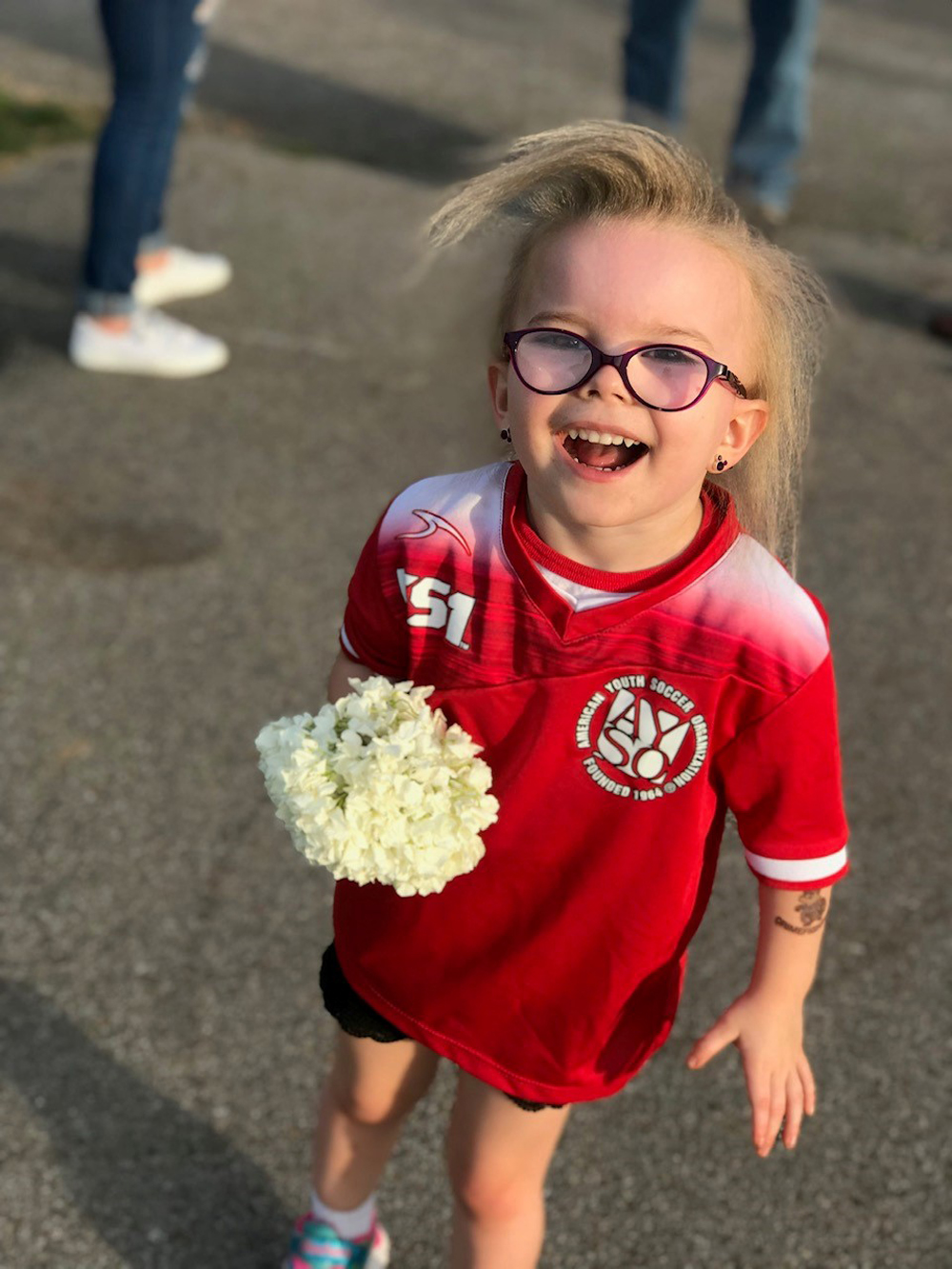 “It just wouldn’t go the way I wanted it to, but eventually I did it,” Tiffany recalled.

“We were a little happy when she said she didn’t like those classes anymore and wanted to do hip hop instead, because that doesn’t require her hair being pulled back.”

It was also a blessing when she failed to show the same aptitude for soccer and softball that Tiffany had enjoyed at school.

She said: “Zoey tried out for soccer for three to four-year-olds and we did our best to tie her hair up in a ponytail.

“But as she was running it kept falling out and she couldn’t see where she was going, so she kept tripping over the ball and bumping into the other kids.”

And, inspired by a friend who has a child with UHS, Tiffany set up her Facebook page in 2018 and has documented her daughter’s life ever since – through good and bad hair days.

Calling her daughter a “drama queen,” Tiffany, who is also studying for a master’s degree, said: ” She absolutely loves posing and is always ready for a photo opp.”

And while most people have fretted about hairdressers shutting during lockdowns because of the pandemic, Zoey’s hair does not split and she has only had it cut three times in her life.

Tiffany said: “If can be tough for her, as she keeps saying she wants to have princess hair, but her hair doesn’t work that way.

“We both got our hair cut a few weeks ago and she wanted hers styled like mine, but she could only have the ends of her hair trimmed, which she was upset about.”

Thankfully, now she is a bit older her hair has become slightly more manageable, to the extent she can wear ponytails.

When she started elementary school at the end of January, Tiffany feared that Zoey’s hair and glasses, which she has worn since she was eight-months-old due to hereditary short-sightedness, could mean she was picked on.

But, so far, she has breezed through school, making friends with other children and her teachers and rocking her UHS.

Tiffany claimed that her daughter’s hair will continue to get more manageable as she gets older, and may even become ‘normal’ when she reaches puberty, according to scientific research into the condition.

But in the meantime, Tiffany is making sure Zoey loves the hair she has.

She said: “We’re very positive about her hair in our house, and we’ve drilled it into Zoey from a young age to be the same.

“We talk about how it’s crazy and that’s okay, and that the good Lord just spent a bit more time on it to make it that way.”

In other parenting news, this mum was blasted for sharing a video of her “favourite child.”