A MUM has sparked controversy by sharing a video of herself giving her two-year-old daughter a brutal coded message in her dinner.

Quiarna took to TikTok to post the clip, which showed her handing little girl a plate, on which she’d arranged some potato letters to spell out “F**k you”.

A mum took to TikTok to share a video of herself giving her toddler daughter a brutal coded message in her dinnerCredit: TikTok/@its_liloandme 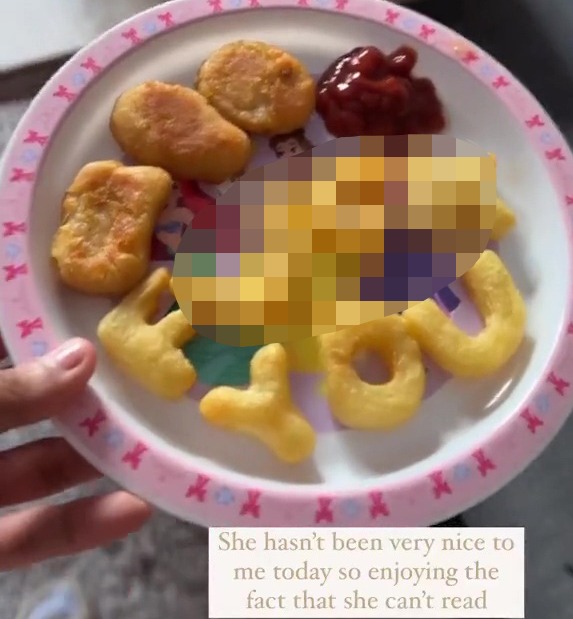 She’d also put some chicken nuggets and ketchup on the plate, but her daughter looked a little confused as the meal was placed in front of her.

“She hasn’t been very nice to me today so enjoying the fact that she can’t read,” she wrote over the clip.

Quiarna also captioned the video “Karen’s… ASSEMBLE”, despite turning comments off on the clip, which has had over three million views.

However, despite her attempts to get rid of trolls commenting on the video, they took to her next one to weigh in on the coded message. 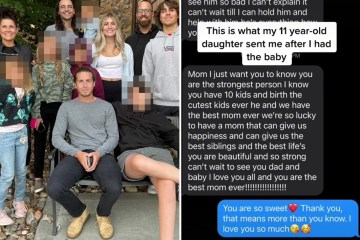 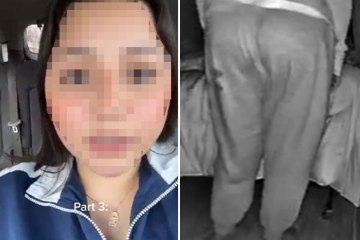 While another added: “All the jokes in the world why that one? Degrading your child? For views?”

“I hope she does the same to you when you’re old and senile,” someone else wrote. 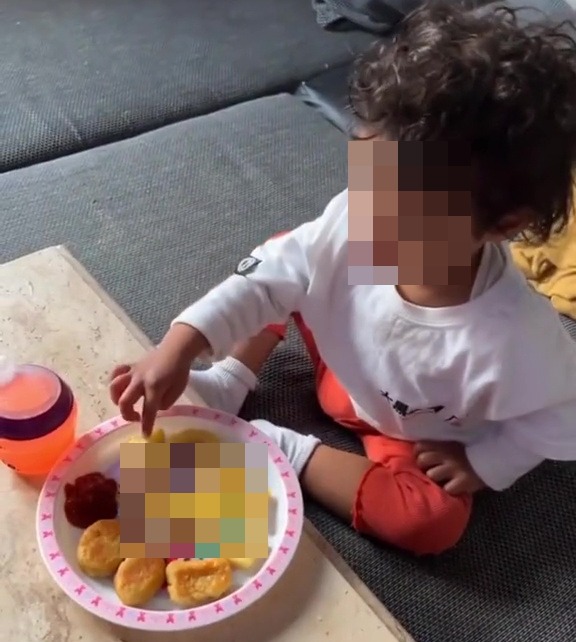 The little girl almost appeared to understand the message her mum had given her as she gave it a once overCredit: TikTok/@its_liloandme

“Imagine degrading your child for views and laughs …… and the women defending you, a pathetic excuse as mothers,” another comment read.

Others were on Quiarna’s side, with one writing: “If you’ve haven’t thought ‘f**k you’ to your child at least once, you’re lying.”

And someone else added: “Mad respect for last video kids be Lil s**ts sometimes.”

While a third added: “Last video is what all us moms want to say lol – kids can be a*sholes.”

I had a Cheshire mansion, designer clothes and dream wedding but I was suffering in silence, says ex-Man Utd WAG