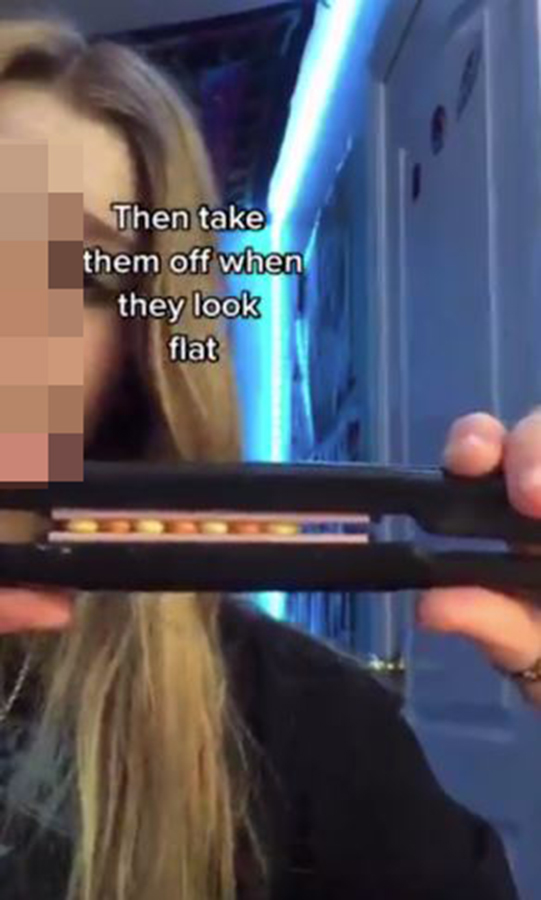 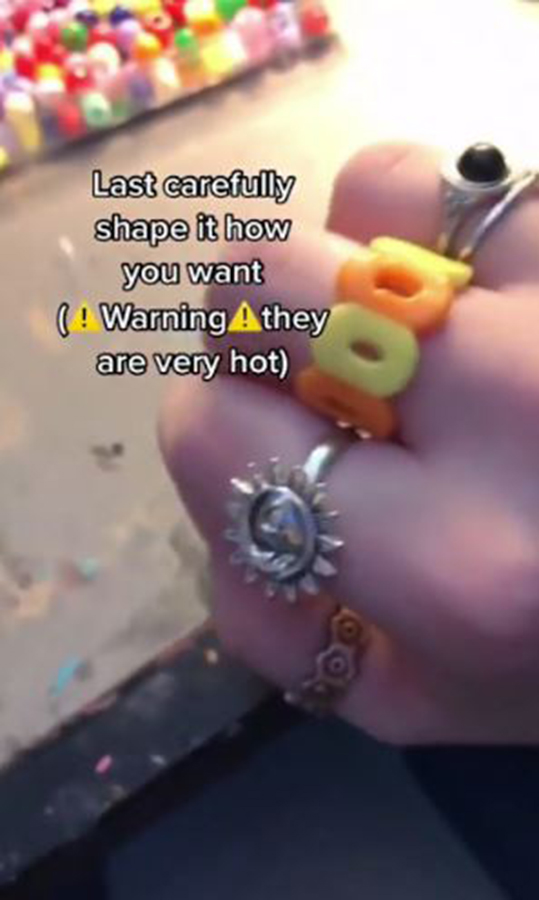 The idea is to make 90s-inspired plastic rings

In the clips, the craft beads are squished between two heated blades to melt them together and create a 90s-inspired ring.

One viral vid shows a girl telling viewers: “Want to make easy diy Rings? All you need is beads and a straightening iron.

“First, pick out your colours and lay them out. Next, carefully put them on your straightening iron.

“Then take them off when they look flat. Last carefully shape it to how you want – warning they are very hot.” 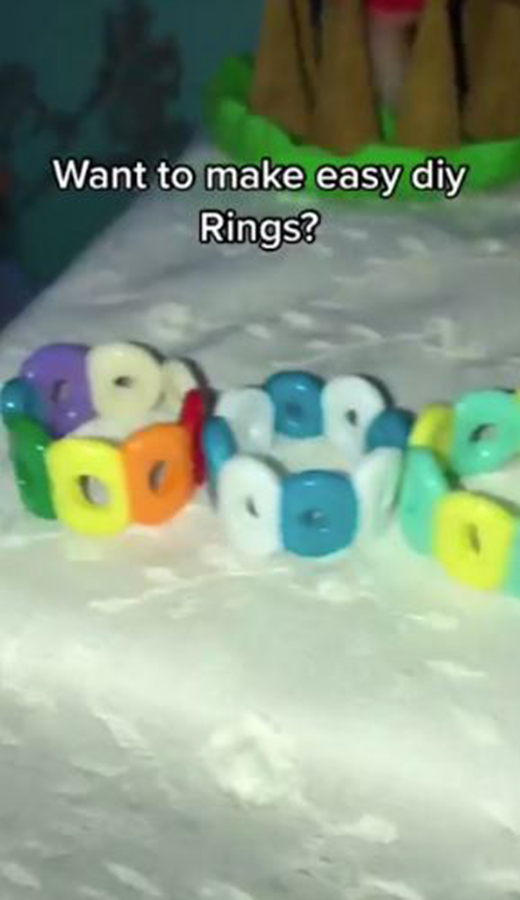 It was touted as an easy DIY tutorial on TikTokCredit: TikTok 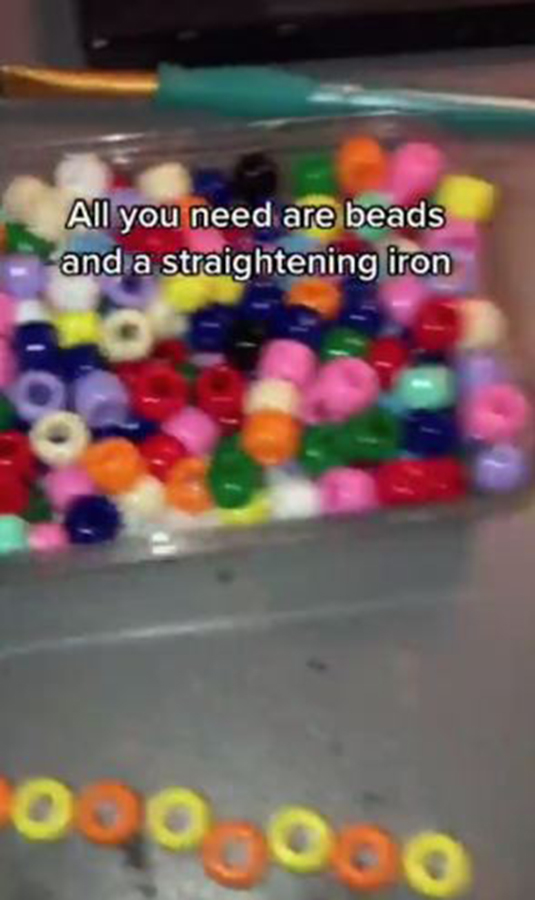 But these plastic beads should be going nowhere near your hair straightenersCredit: TikTok 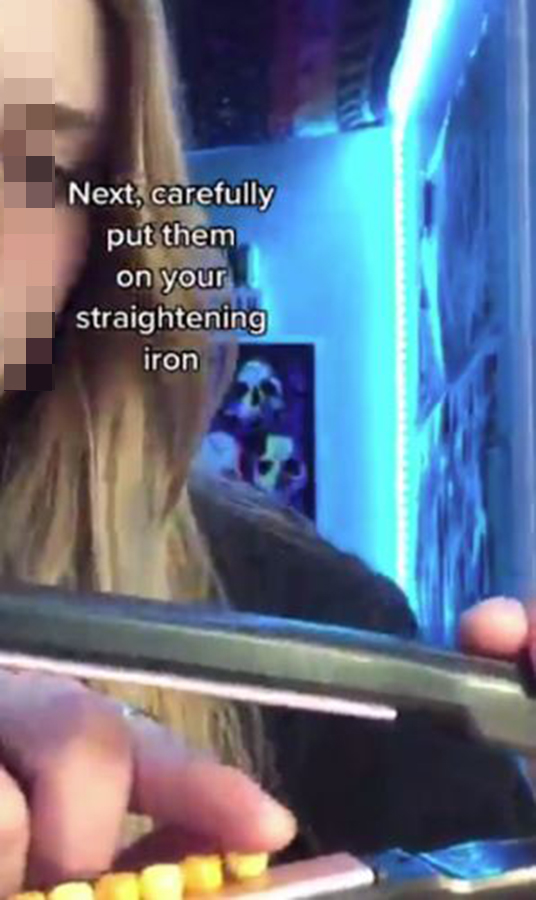 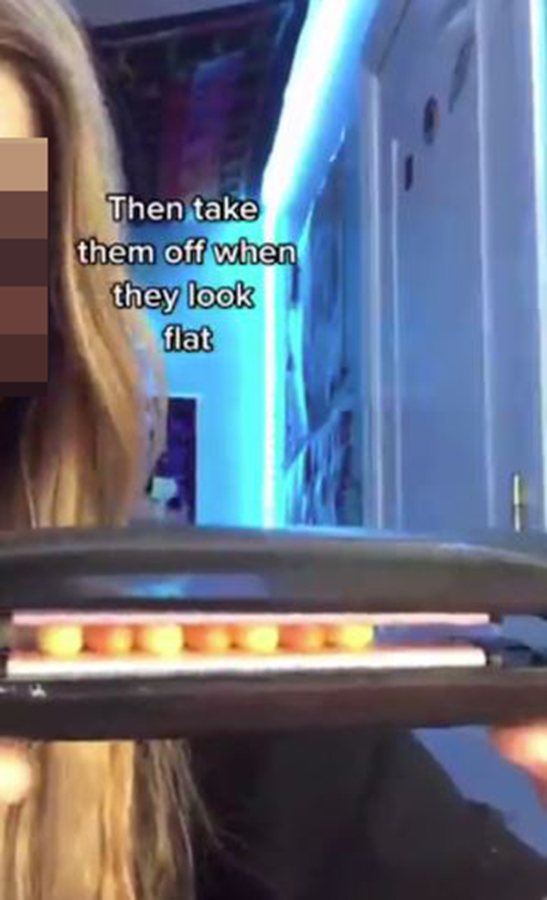 The girl uses her straighteners to flatten the beads and mould them togetherCredit: TikTok

She then shows herself wearing the finished object, making it looks rather easy.

But of course you should never put your hands near the plates of hot hair straighteners, not to mention the fire risk from melting plastic.

A London Fire Brigade spokesperson told Metro.co.uk: “Hair straighteners get extremely hot, so it’s really important that you use them carefully and only for the reasons they are intended for, or you risk starting a fire.

“If you use hair straighteners for any other purpose, you could also damage it. If the wires are loose, or if there are any other signs that they could be damaged, don’t use them.” 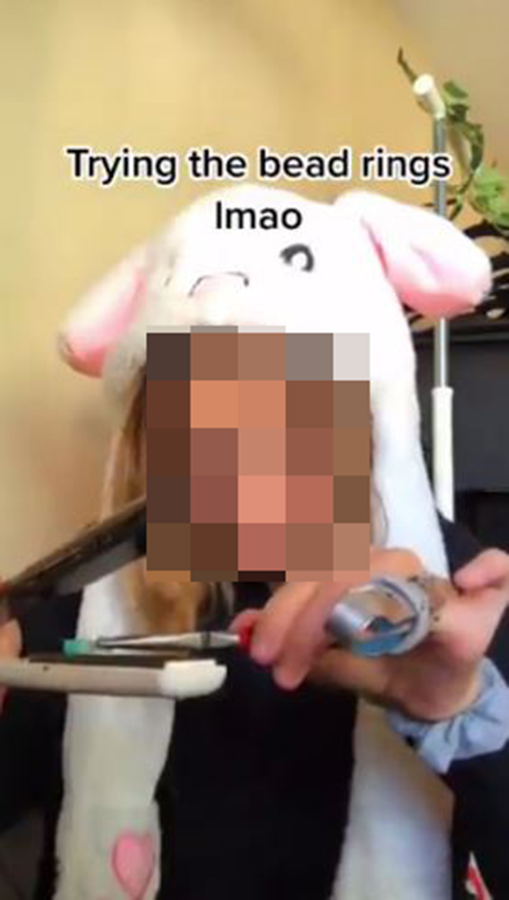 Another girl showed what can happen when it goes wrongCredit: TikTok 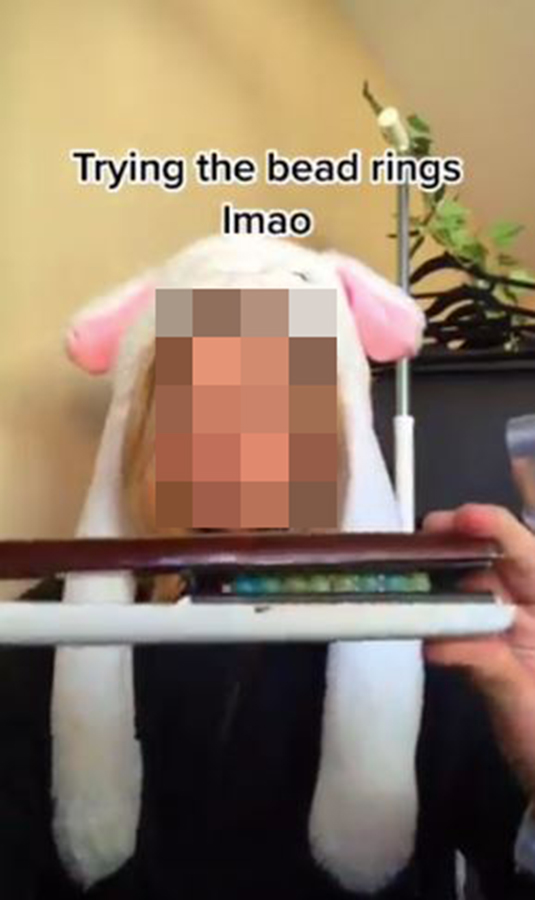 Worryingly, her straighteners got STUCK together with the beads insideCredit: TikTok 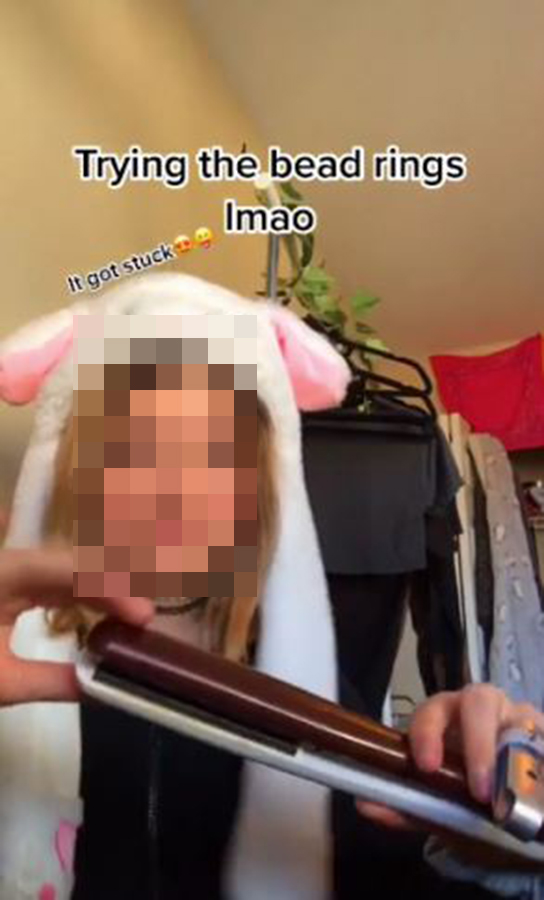 Not only did she break the expensive kit, it’s also a fire hazard 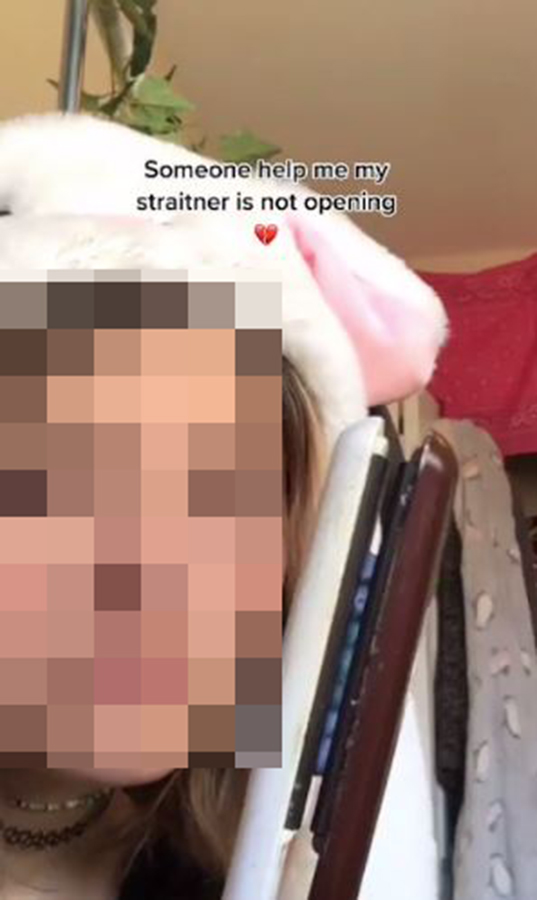 The girl was devastated after trying the hackCredit: TikTok

Another video shows what happens when things do go wrong.

In this clip, the teen’s hair straighteners stick together – with the still beads inside them – meaning there’s no way to get the plastic out of the heat.

“It got stuck,” she frets on camera. “Someone help me my straightener is not opening.”

Richard Fewings, managing director of crafts retailer Cosy Owl, added: “The trouble with creating these rings straight on hair straighteners would be that a) the beads could easily get too hot with possible fire risk and b) the molten plastic could damage the irons.

“I should also mention the burn risk associated with directly placing the beads onto the straighteners and then picking them off with bare hands without any protective gloves.”

If you want to make something similar with your kids, you just need to buy some Hama Beads which you can safely shape using an iron and ironing paper.

Just please don’t try it with your hair straighteners.