A MUM-OF-EIGHT who has seven daughters and one son has given her girls’ bedroom an incredible makeover allowing each of them to finally have their own space.

Four of the girls, aged between seven and 14, share the room, and Julie Rawlinson was desperate to open up the “cramped” space without spending too much. 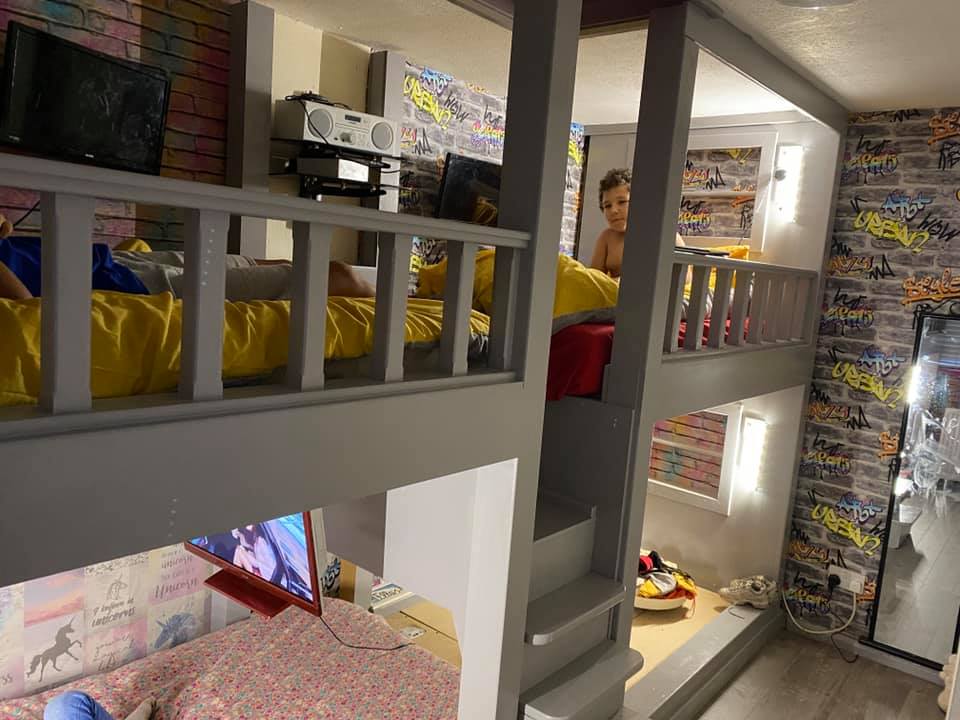 Four girls who share the room now have their own spaceCredit: DIY On A Budget Official/Facebook

The room previously had a “basic triple bunk” and two wardrobes for the girls to share, which took up a lot of space, the mum-of-eight admitted.

Now, the room is decked out with four custom-built beds complete with a TV in each, allowing extra room for the girls to move around.

Julie told Fabulous that a friend was able to build the beds they wanted for cheap, which saved them a fortune.

And as for the rest of the room, she picked up wallpaper samples from B&Q to decorate the walls and used paint from Wilko to add some colour. 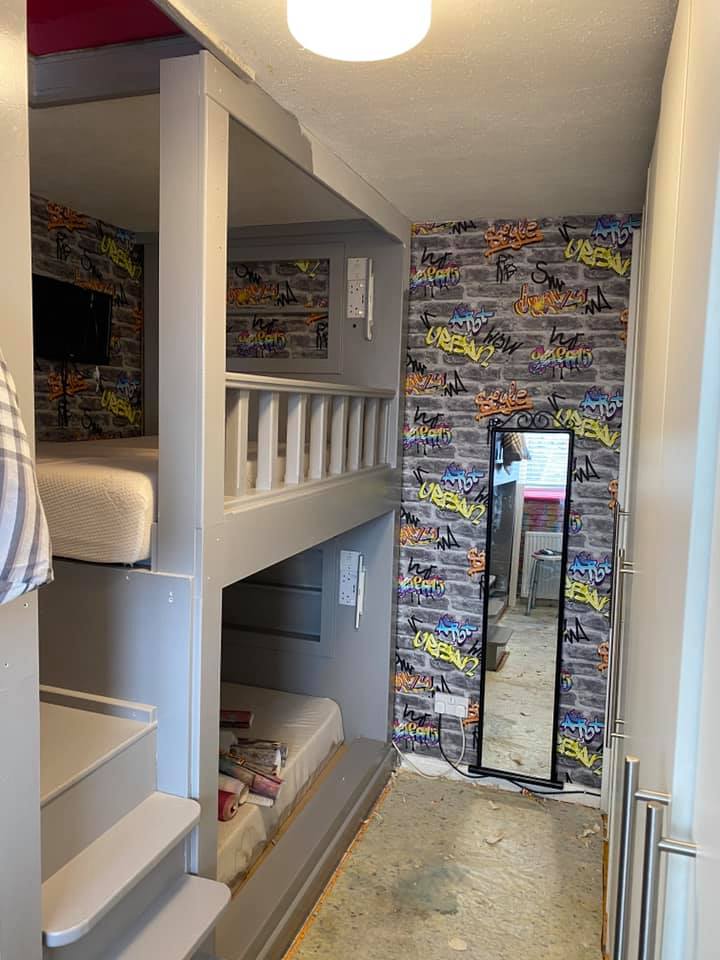 Julie used wallpaper off-cuts she got for free to decorate the roomCredit: DIY On A Budget Official/Facebook 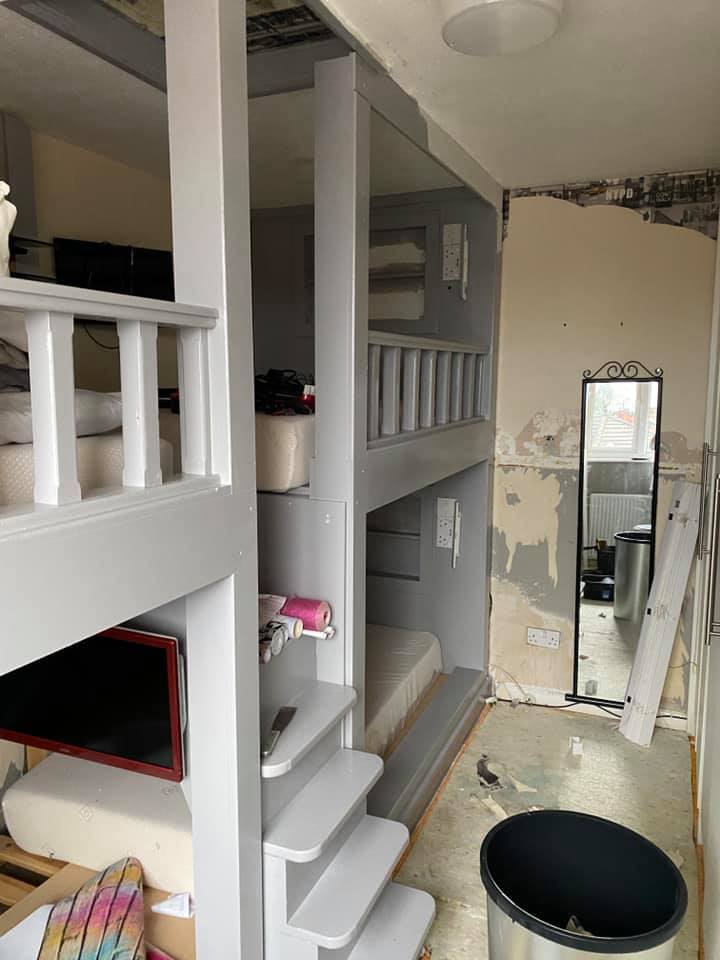 Each of the girls have their own TV built into their bunkCredit: DIY On A Budget Official/Facebook

They also managed to redo the floor with laminate flooring she’d picked up for free – saving her a mint.

Absolutely thrilled with the end result, the doting mum said: “The girls absolutely love it, having [their] own space and choosing their own decor and bits and bobs, being in a family of 8 their own space is hard to find.”

The clever mum revealed that she got the idea from scanning snaps of hotel rooms and holiday villages. 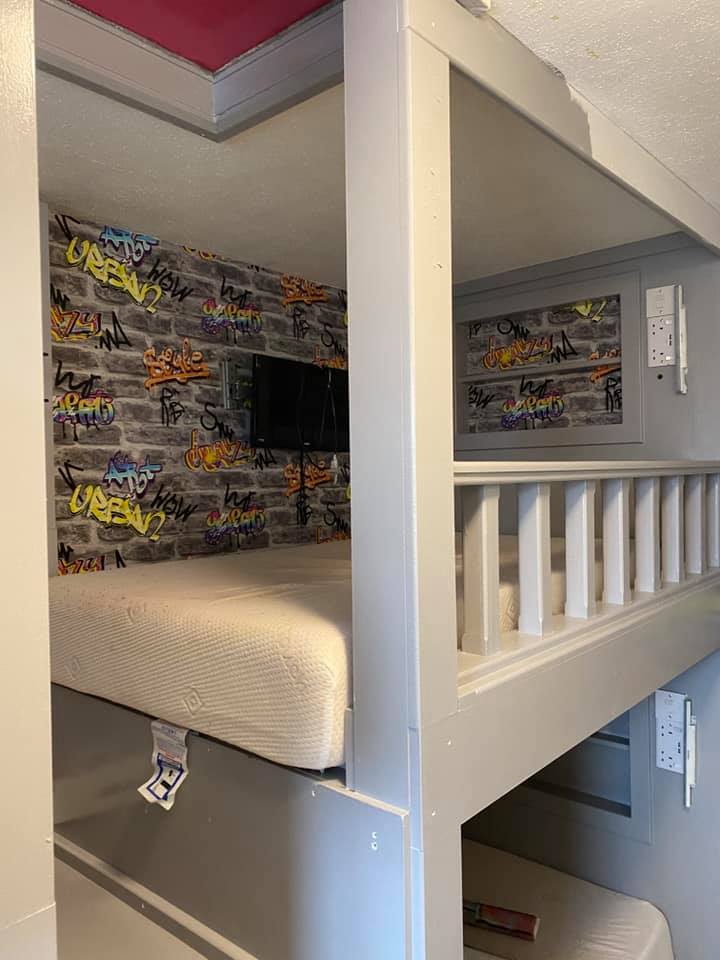 A friend made the custom beds saving them a fortuneCredit: DIY On A Budget Official/Facebook 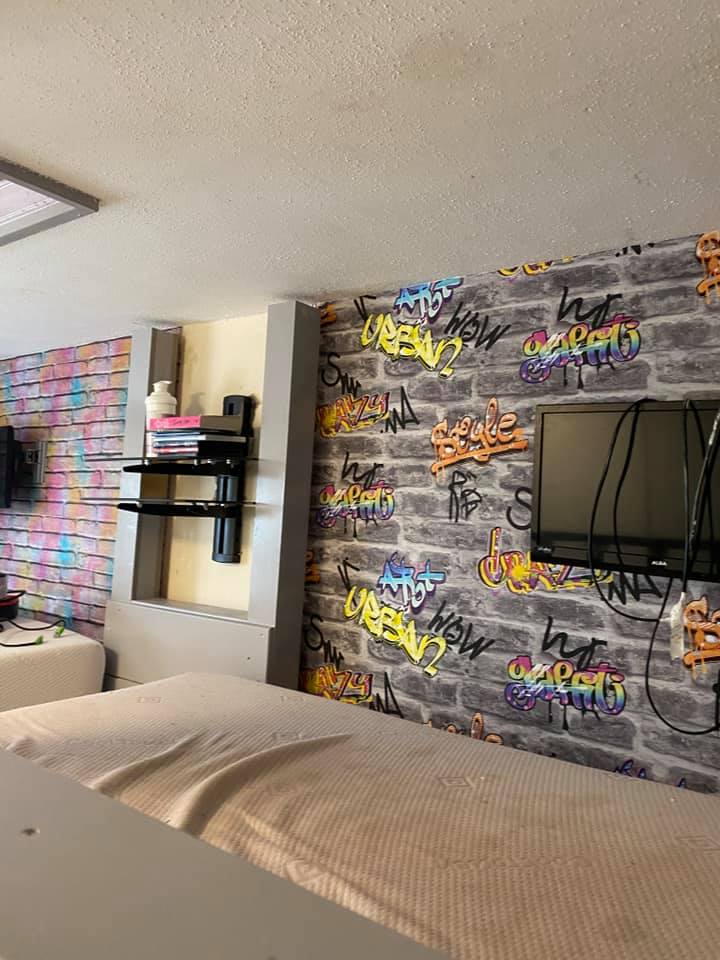 Each of the girls picked their own wallpaper to decorate their spaceCredit: DIY On A Budget Official/Facebook

She said: “I realised I could do that in their bedroom i just had to find someone to do it that wouldn’t charge a fortune.”

And added: “Luckily our friend Jeff really wanted to give it a go and didn’t charge us for the labour.”

Julie shared the transformation in the DIY On A Budget Official Facebook group, which, unsurprisingly, was an absolute hit with group members.

There, she wrote: “Just finished my girls bedroom there are 4 of them in here each have their own space they love it , few more bits to do but i’m very pleased with results.” 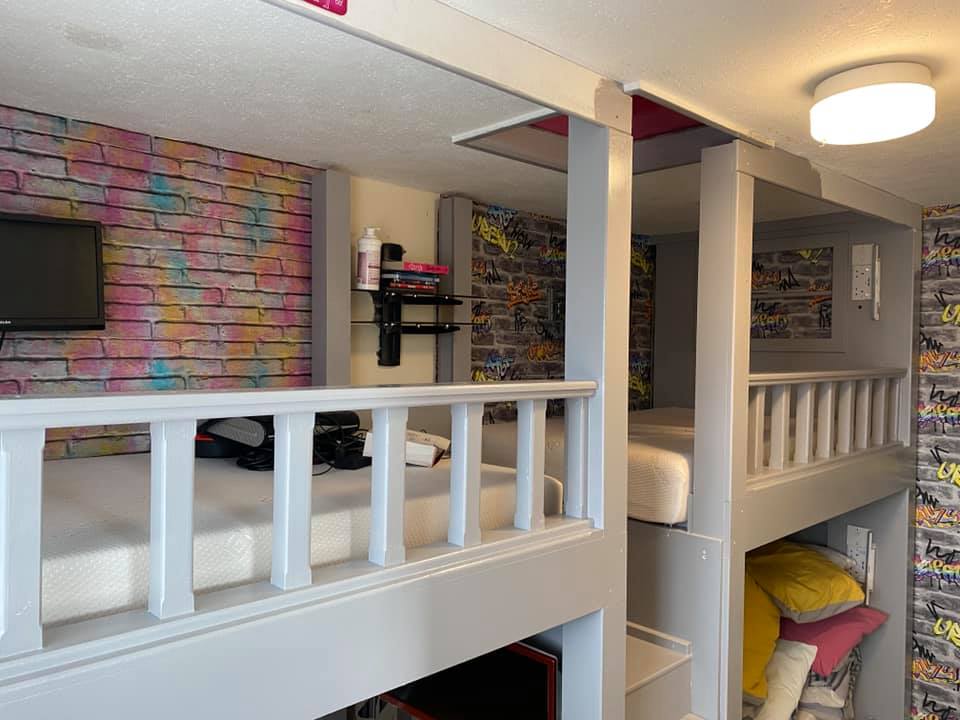 The whole room was done on a budgetCredit: DIY On A Budget Official/Facebook 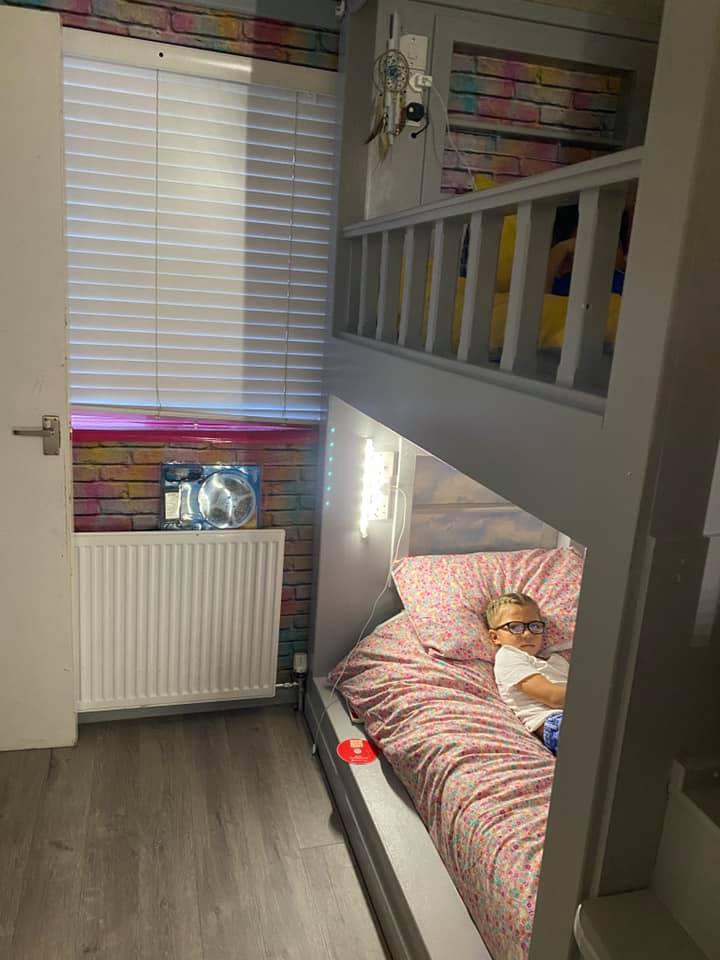 They even got the laminate floors for freeCredit: DIY On A Budget Official/Facebook

The post has racked up 24,000 “likes” and over 3,000 comments from other parents and DIY fans praising the space-saving idea.

And another joked: “That is so clever I love it. Am I too old for one.”

A third raved: “Wow that’s amazing must have been a huge room. Very good use if space.”

While a fourth added: “Wow that is brilliant it looks amazing brilliant job.”

This DIY fanatic completely transformed a three-bed house in three weeks and did it on the cheap thanks to Dunelm and Ikea bargains.

And in other home transformation news, we shared the best makeovers you can do for under £30.