A MUM has gone to extreme lengths to get her tech-obsessed teenagers outside for some fresh air in a desperate attempt to get them off their phone and gaming console.

The woman, who described herself as an “evil genius”, asked the pair to walk a letter their aunt’s house, but little did they know they were being tricked. 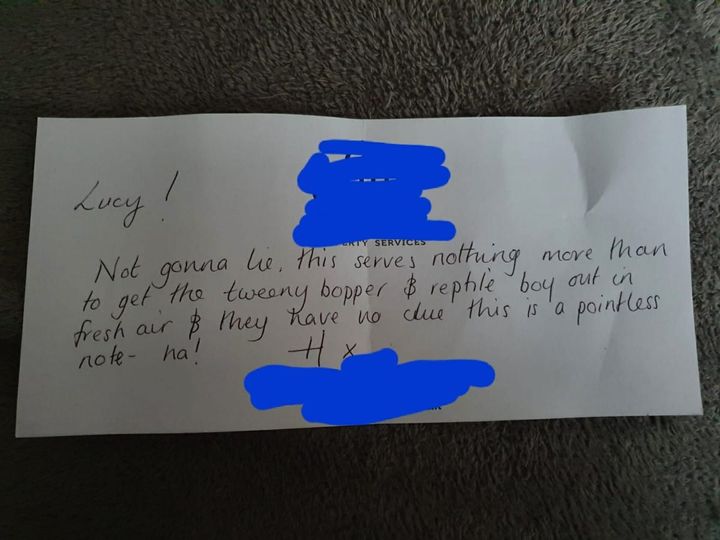 The hand-written note was just a ploy to get her kids outside for a walkCredit: Facebook

While the 11 and 13-year-old refused to step outside for exercise, even for a brief moment, they didn’t object to deliver the hand-written note when their mum had asked.

Unbeknown to them, the note they delivered was entirely “pointless” and it even said so in ink, and other parents reckon it’s brilliant.

The letter, which was addressed to her sister, read: “Not gonna lie, this serves nothing more than to get the tweeny bopper & reptile boy out in fresh air & they have no clue this is a pointless note – ha!”

Feeling pretty stoked that she was able to pull it off, the mum shared her idea in the FAMILY LOCKDOWN TIPS & IDEAS! Facebook group where over 6k people “liked” it.

I think I maybe an evil genius. The phone obsessed 11 year old and fifa addicted 13 year old can be somewhat reluctant when any suggestion of fresh air or exercise is suggested.

She wrote: “I think I maybe an evil genius. The phone obsessed 11 year old and fifa addicted 13 year old can be somewhat reluctant when any suggestion of fresh air or exercise is suggested.

“So I sent them on an errand, which they didn’t object to, to deliver to deliver a letter to my sister, by hand, on the other side of the village. This is the contents. They have no clue. “

Amused, one person wrote: “Hahahahaha this is awesome and the best idea.” 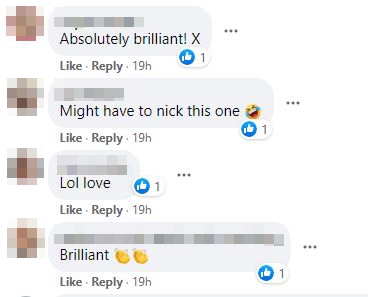 And another said: “Pure evil genius at work, I might steal this idea! Parent 1, child 0.”

Meanwhile, a third admitted: “I really got to do this for my teenagers, they refuse to move!”

The mum later joked: “Anyone that know the kids and I, keep quiet. I intend to milk this one.”

And hilariously added: ” If you get random notes though your door you know the source.”

Meanwhile, this mum-of-three distraught after finding a vicious note on her car after parking in a pram-only spot at a shopping centre.

Plus, this mum shares her son’s hilarious journal entry criticising her homeschooling techniques during the Coronavirus outbreak.

Bridgerton inspired getaways for when we can travel again