A BRIDE-to-be has been slammed online after suggesting that her nine-year-old step-daughter wear shapewear to her wedding because “nothing fits her.”

The anonymous woman turned to Facebook for advice after searching for the ideal wedding outfit for the child but became frustrated when nothing quite worked. 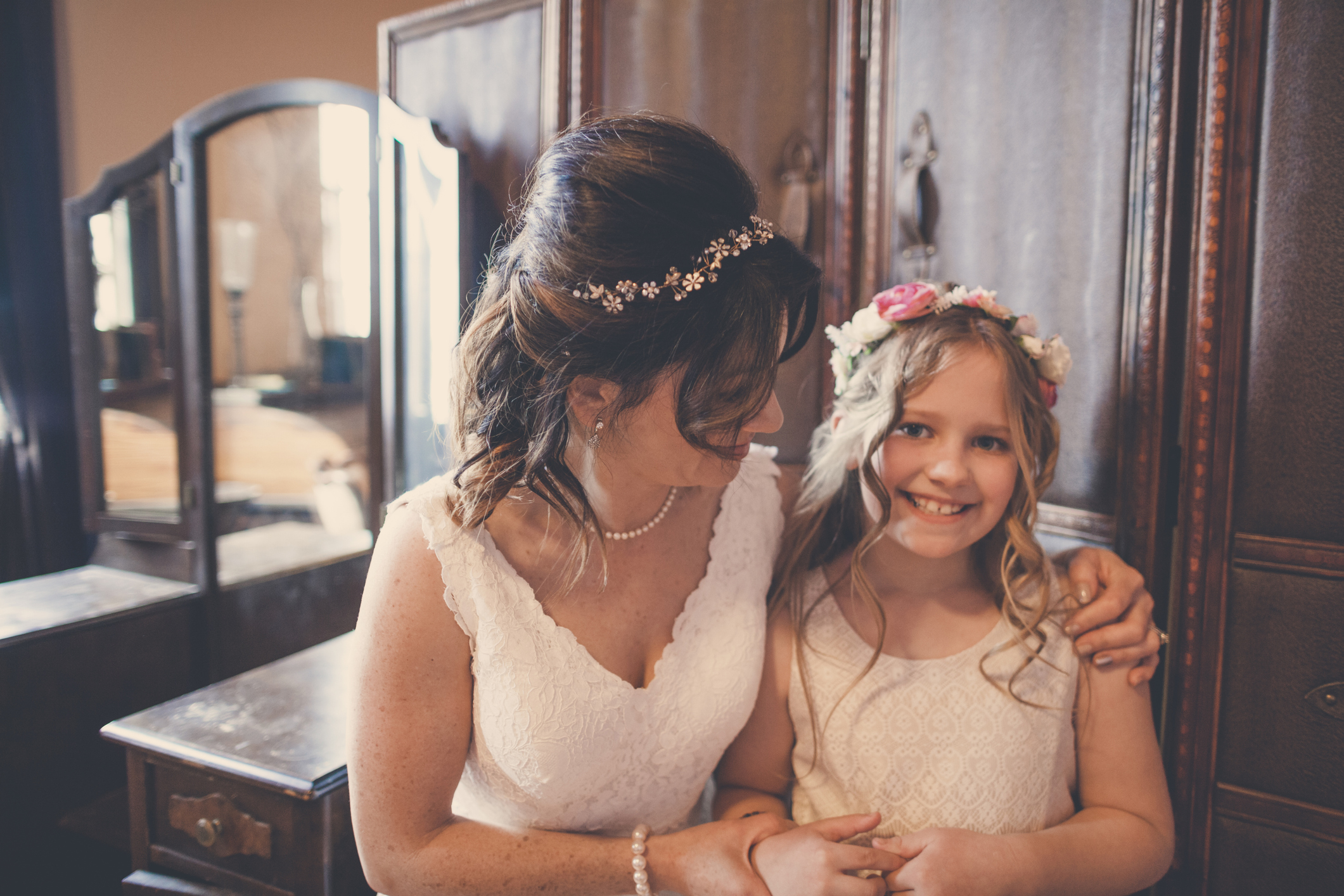 A bride-to-be suggested her step-daughter, nine, wear shapewear to ‘smooth out some edges’ on the big day (stock image)Credit: Getty

“She’s a thick girl. I have tried ‘big girl youth sizes’ and nothing fits her,” she wrote.

“I can’t really go to her mum because (of) the typical new woman situation.”

She hoped Facebook users could offer some tips or advice but instead she was savaged for her cruel suggestion.

She asked: “Definitely not a body-shaming post, but how do y’all feel about a nine-year-old wearing a body shaper (girdle). 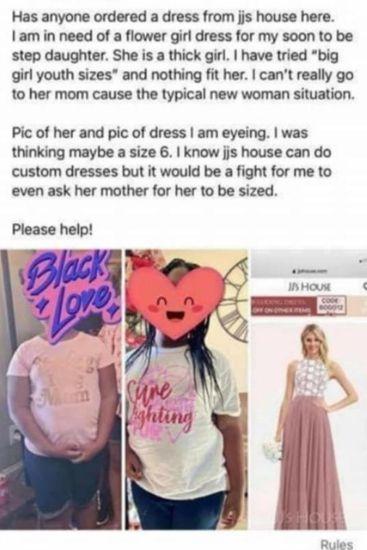 The woman turned to Facebook for advice after struggling to find a dress for the young girlCredit: Facebook

“She’s a plus-size kid. And her dress is a little snug. I figured why not try a body shaper to smooth out some of the edges to give that perfect fit.

“The dress cannot be taken out. And it is only snug in the waist area. Everything else fits perfectly. Wedding is five days away.”

The post did not go down well and the future bride was hit with a string of criticism from Facebook users which led her to eventually delete her post, according to Kidspot.

“This right here is one of the main reasons girls have low self-esteem. If their mothers don’t accept them, who will?” one unimpressed commenter remarked. 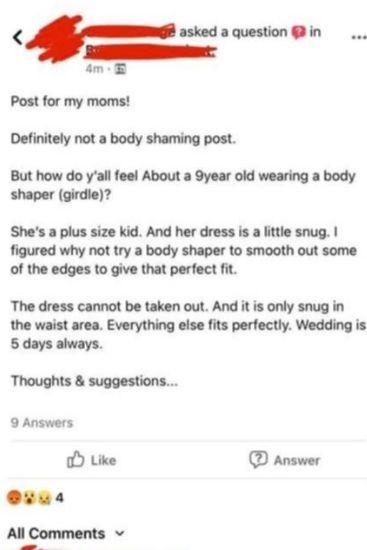 After finding one, she posted again to say the frock was ‘a little snug’Credit: Facebook

“Go get another dress, make sure your daughter is comfortable and she loves the dress, and keep your thoughts on it to your damn self.”

Someone else argued: “Why people are so reluctant to buy the size that fits their kid. Stop taking your body issues out on your kids. It really messes them up.”

Another person shared: “I can’t even begin to imagine the long term ramifications that are going to have on that child. I want to cry.”

One person, however, jumped to the woman’s defence and said that she didn’t think “a body shaper is a big deal at all” – but she too was criticised.

“For a nine-year-old? That is a child. That’s how teenagers end up with eating disorders and body dysmorphia,” someone wrote in response to the commenter.

“She’s nine. It’s never OK to put a child in Spanx – ever. End of story,” another person concluded.

And this pregnant bride was mocked for getting married in a sheer dress with “granny pants” underneath while the groom wore jeans.

Meanwhile, ‘monster’ stepmum slammed for asking for her stepson to be edited OUT of family snap so she has one with just ‘her boys’.

I’m 31 with a 22-year-old stepson and a 21-year-old step-daughter, people call my family weird and disgusting but I don’t care