WITH Instagram flooded with mumfluencers and celeb parents, it’s easy to feel overwhelmed as a new mum.

But childcare expert Sophie Pickles, aka Mummy Pickles, says that when it comes to parenting styles you should trust your own instincts rather than be influenced by somebody else’s. 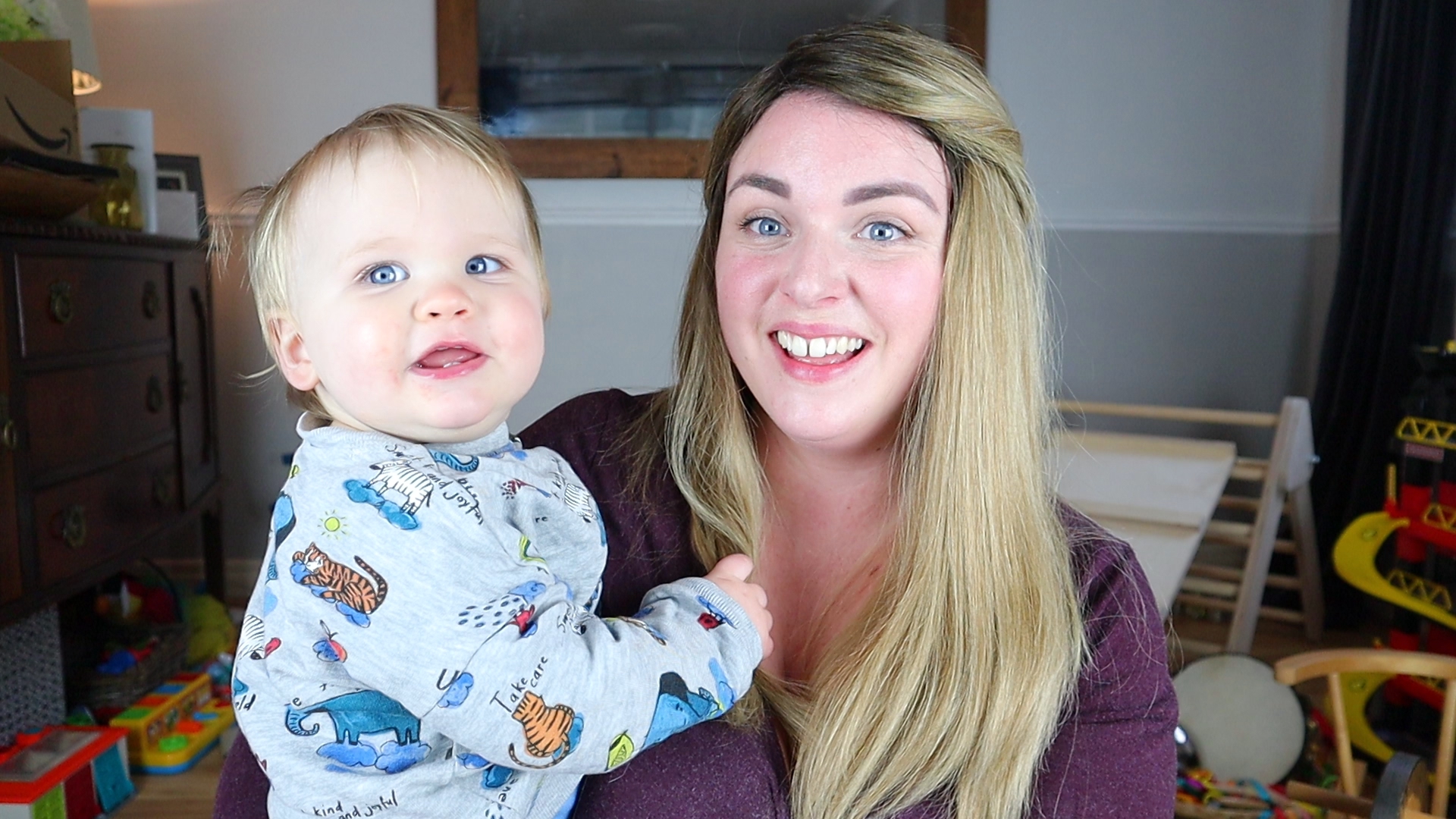 Sophie Pickles is a baby parenting expert and has shared her tips from weaning to walkingCredit: Mummy Pickles

Sophie’s free Instagram baby classes have been growing in notoriety and caught the attention of Lauren Pope, who has been attending the classes online with baby Raine.

Unlike many of the parenting experts out there, Sophie’s expertise comes from not only being a mum-of-two, but also a qualified early years teacher so she knows a thing or two about babies. 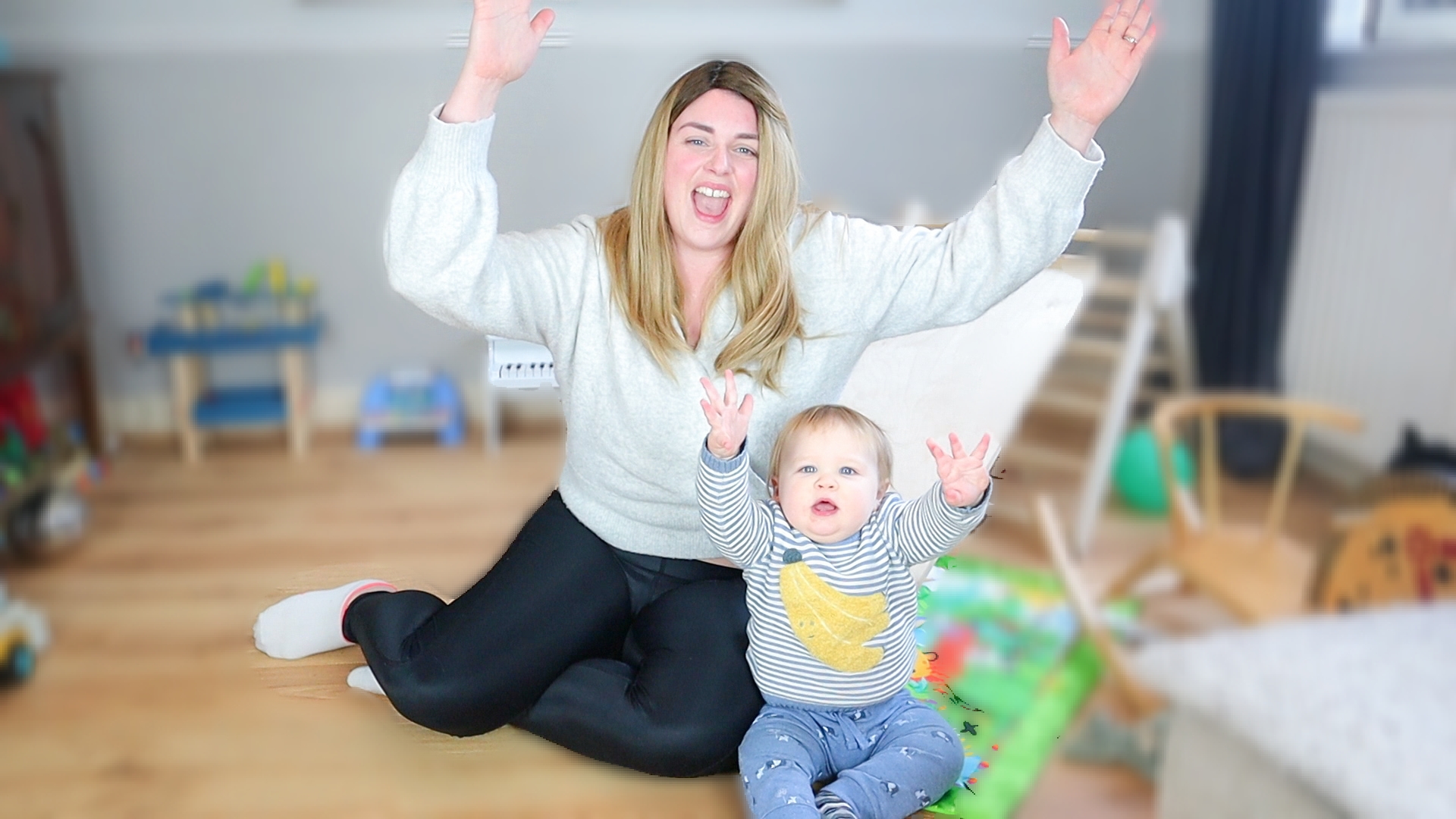 Sophie says that when it comes to sleep you should follow your baby’s natural patternCredit: Mummy Pickles 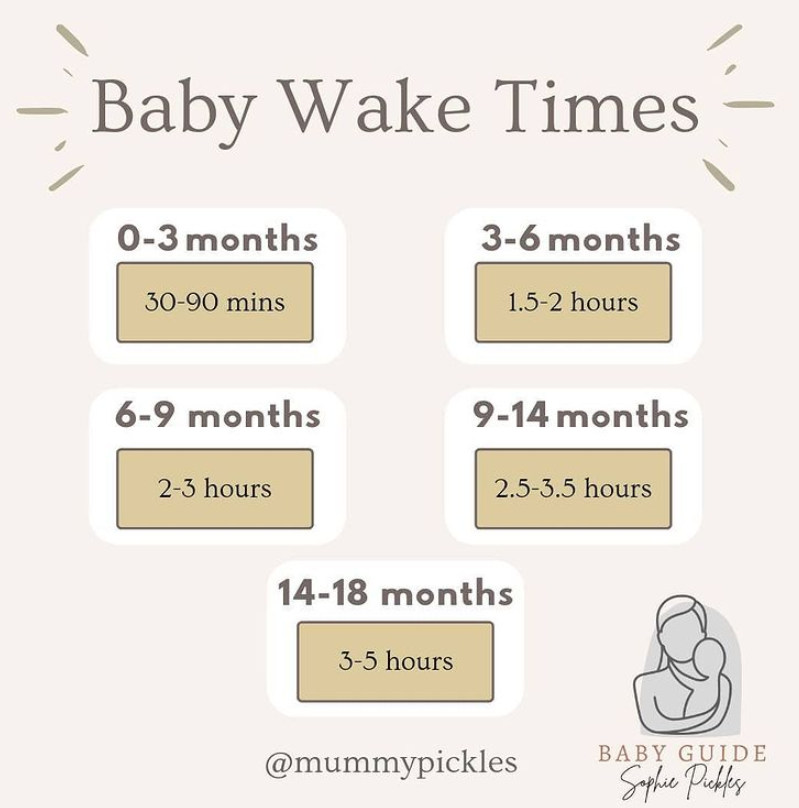 Dependent on your baby’s age you can expect them to be awake for different periods of timeCredit: Mummy Pickles

“While it is important to establish a sleep schedule the most important thing actually is following your baby’s natural routine.

From about four months old you might start to notice that babies will fall asleep around the same time every day and equally they might start getting cranky at similar times throughout the day.

Make a note of these over the course of the day, it can be really helpful because you get to know your baby’s natural sleep patterns.

Contrary to popular belief, you don’t have to wake up your baby after a certain amount of time, let them do what they want to do.

Most of the time, at four months old, babies will only be able to stay awake for about an hour to an hour and a half. 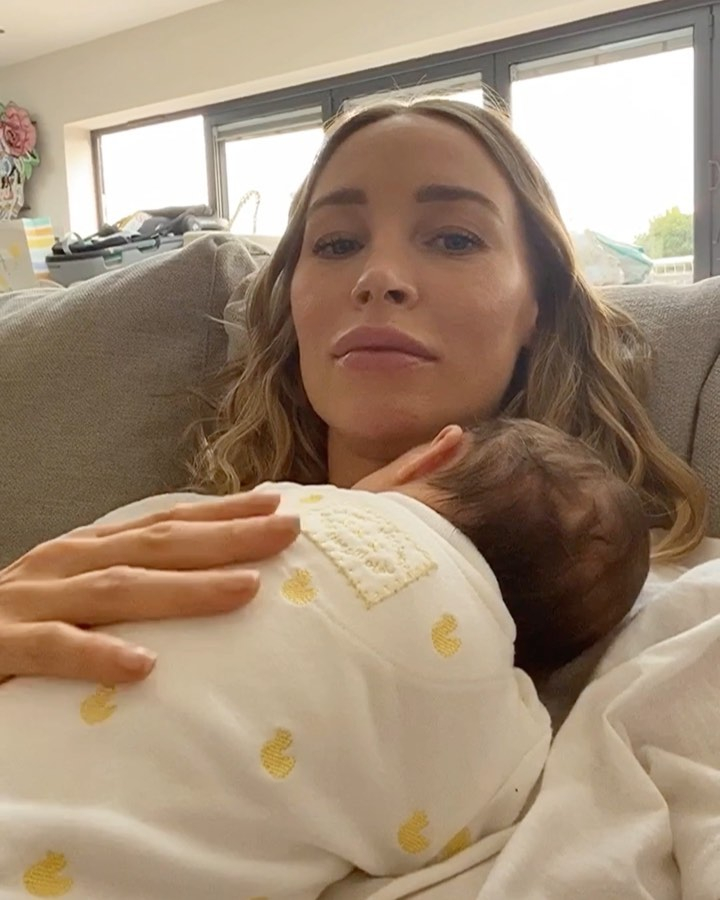 Lauren Pope is a fan of Sophie’s baby classes and attends them with RaineCredit: Instagram

All you need to do is when they wake up, have a look at the time and then think okay, in an hour and a half, they’ll probably be ready to go down for another nap.

It’s much less pressured than having this regimented routine that often goes against what the baby naturally wants to do.

There’s no one size fits all when it comes to feeding. If you’re breastfeeding it’s really about how happy you are as a mum.

Breastfeeding can be painful and really, mentally challenging, especially at the moment when people are already suffering with poor mental health.

Always seek advice from a lactation consultant and try not to feel that guilt if you do want to switch to formula because we all do. 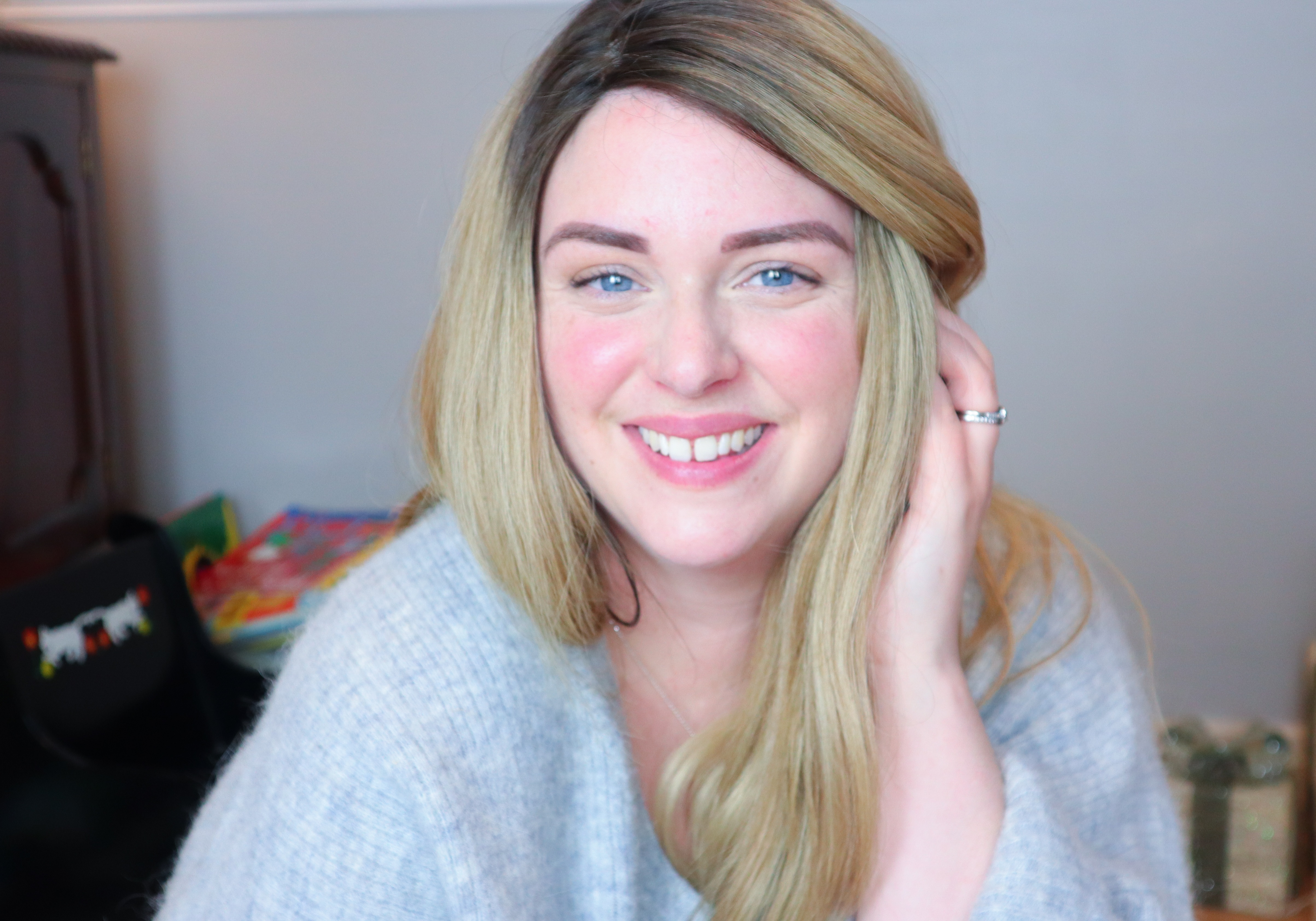 Sophie says that there is no shame if you want to switch from breastfeeding to formulaCredit: Mummy Pickles

With my own son, I did follow his lead and when he was 10 months old, he just started kind of pushing me away. And I found that really difficult actually, because I wasn’t ready to stop.

But there is no shame in that, and it’s important to remember that.

There are lots of pros to baby led weaning, it tends to make children less fussy and more adventurous with food and is great for developing motor skills.

But it’s not for everybody.

I think that some parents put so much pressure on themselves to go down this route when they don’t feel comfortable with it or are scared about their child choking.

And that’s okay, you’re not doing anything wrong if you want to give your child purees. 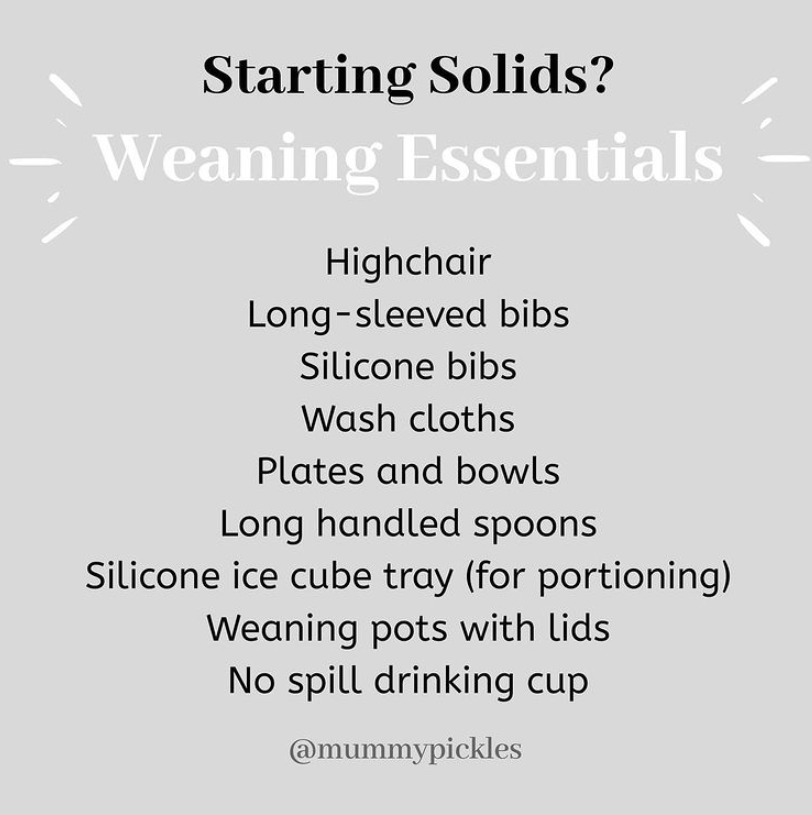 Whether your a traditional or baby-lead these are Sophie’s essentials for weaningCredit: Mummy Pickles

Meanwhile, a lot of people feel that they want to only do home cooked food, which is fantastic and if that’s what you want to do go right ahead.

But it can be overwhelming to be faced with the reality of having to make three home cooked meals a day. And then most of it gets thrown on the floor.

There’s nothing wrong with relying on ready-made baby food if that’s what you need.

Baby play is really important because it allows our babies to make sense of the world and give them a lot of brilliant sensory experiences.

But it’s also about bonding between the baby and the parents.

Having that one on one time with your babies is so important for bonding as they start to attach to you as their primary caregiver. 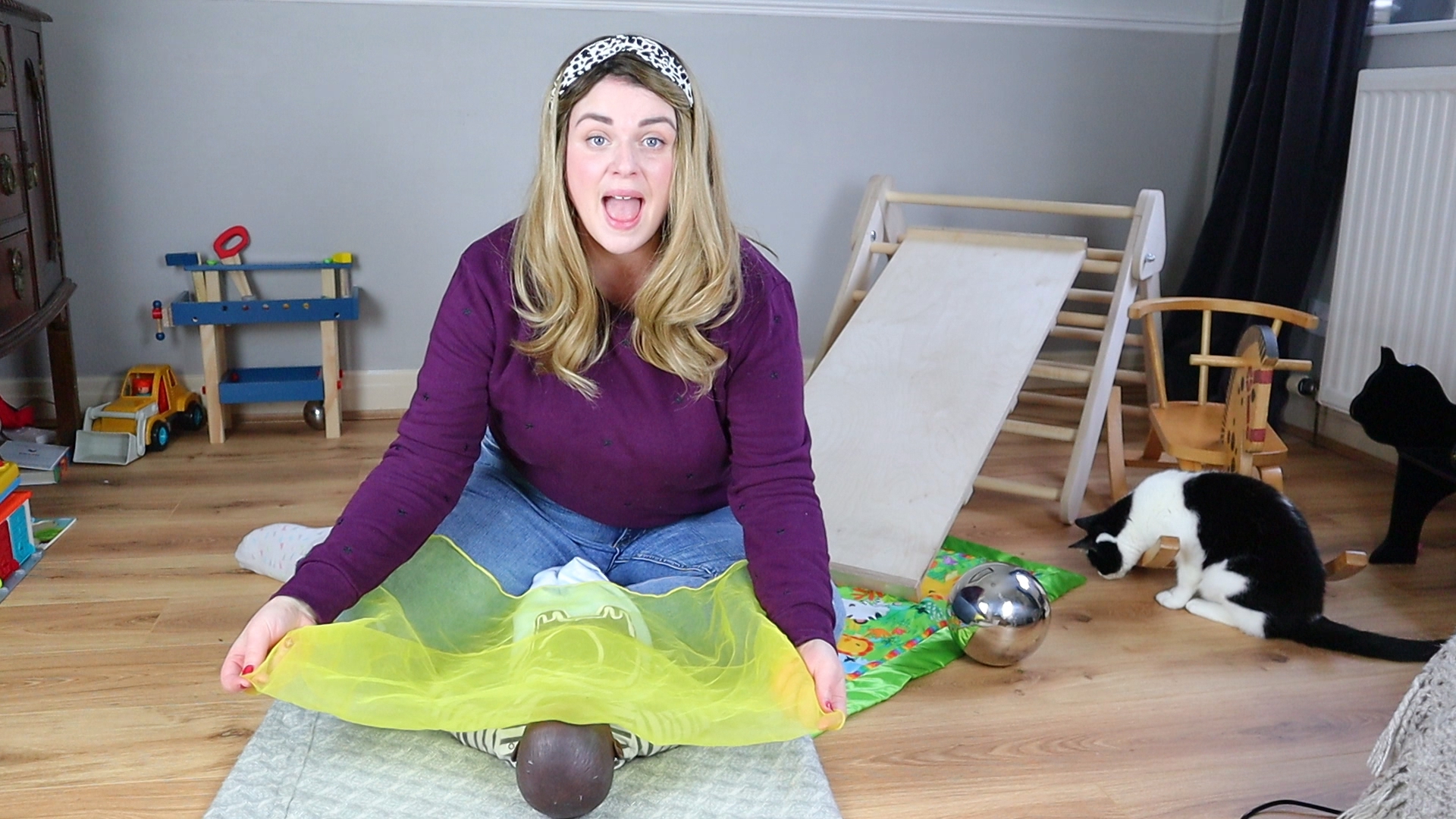 Sophie says that baby play is hugely important when it comes to developing your baby’s cognitive and physical skillsCredit: Mummy Pickles

It will help with things like language and communication skills, even when they’re tiny, their brains already starting to work out how language works.

And then also great for physical development, as well as cognitive, as it helps to build core strength and stability, so that they are ready when they get to that stage to sit up and crawl and eventually walk.

Try not to think of it as teaching your baby how to walk, because you really can’t teach them but you can support their development.

The thing that I would recommend, over and above everything else, is giving them free movement.

Basically, that means putting them on the floor, somewhere safe, maybe toys around them, and then whichever stage they’re at, whether they’re learning to roll or crawl or pull up to stand, giving them that space to move in whichever way their body wants.

You can be their cheerleader and give them a little nudge but really, it’s just about allowing them the freedom to explore those things and they will get there in their own time.

You would expect them to have a certain amount of words at a certain age which can cause a lot of anxiety for new parents.

But sometimes you don’t realise how much your baby can say, until you sit down and write down which words they can actually say.

You will probably be quite surprised that your baby knows a lot more than you think that they know. 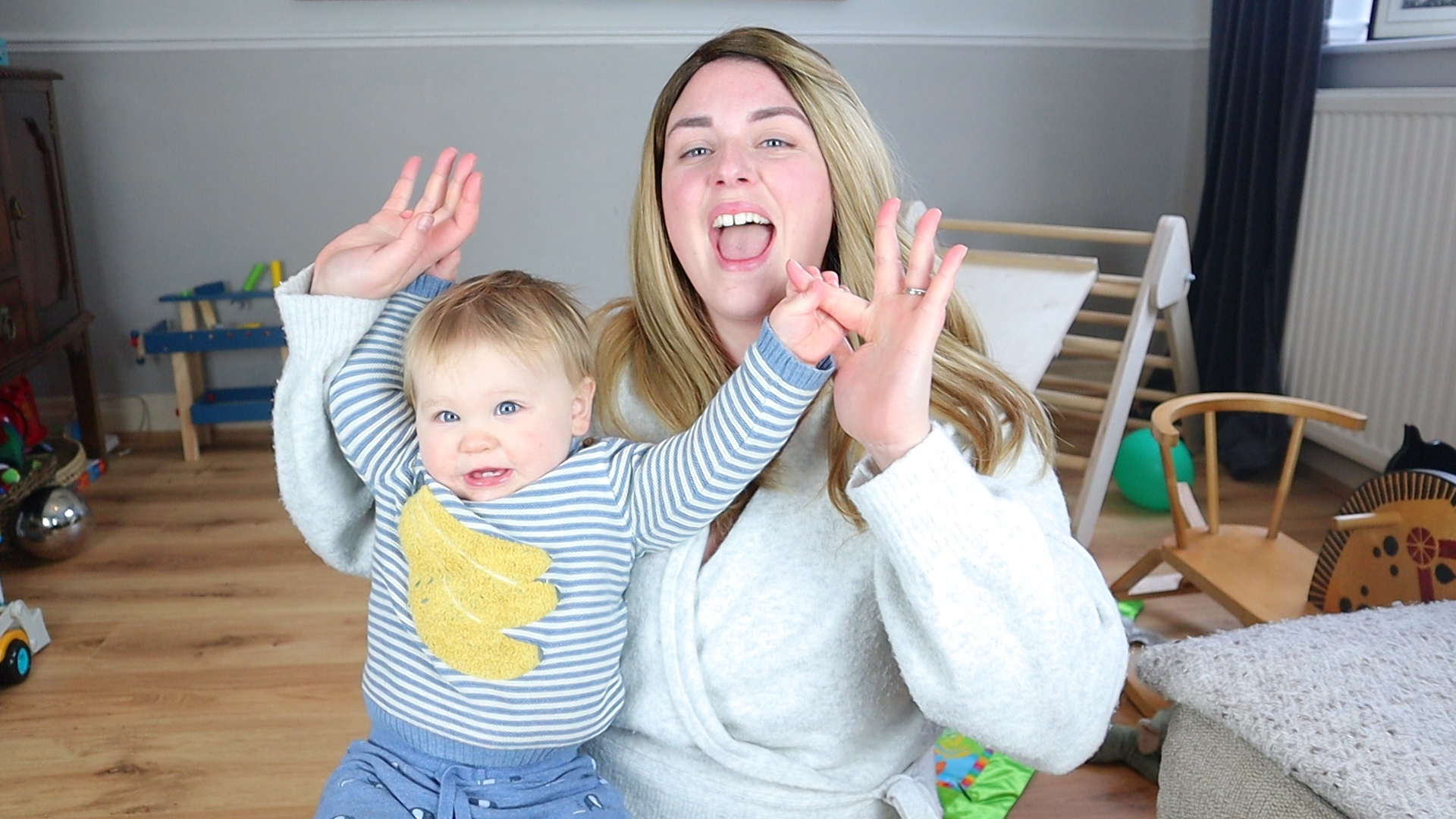 Sophie recommends writing down all of the words your baby knows – it’s probably more than you thinkCredit: Mummy Pickles

If at two years old, they still don’t have any speech, then that’s always the time to seek professional help.

But before then babies tend to focus on doing one thing or another. So communication might be slightly delayed because they’re focusing on learning to walk.

Obviously, the first thing to do is make sure that any dangerous items are out of the way.

Phone chargers are another one to be aware of, because we often have them plugged in on the floor next to the bed and if a baby puts the end in their mouth it can burn very very quickly.

I would also recommend putting stair gates in your home if you do have stairs.

You will get so much unsolicited advice from friends and parents and actually, nobody knows your baby like you.

Trusting your instincts and deciding along with your partner what you want to do for your baby, and then going with that is absolutely the best thing to do.

In other parenting news, the ‘mother’s kiss’ is the simple trick EVERY parent should know & it instantly removes small items from your kid’s nose.

And this paramedic issued an urgent warning about the dangers of mini Easter eggs.

Plus mum’s warning after tot fell into hot bath & suffered burns so horrific his skin fell off.

Drag Race: Jeffrey Bowyer-Chapman will not return for Canada season 2