AN A&E doctor has revealed the correct way to wear a seat belt if driving while pregnant, after realising lots of women aren’t using the safest technique.

TikTok’s Dr Katie, who is 34 weeks pregnant herself, said she was alerted to the common mistake when a mum-to-be came in hospital after being a crash. 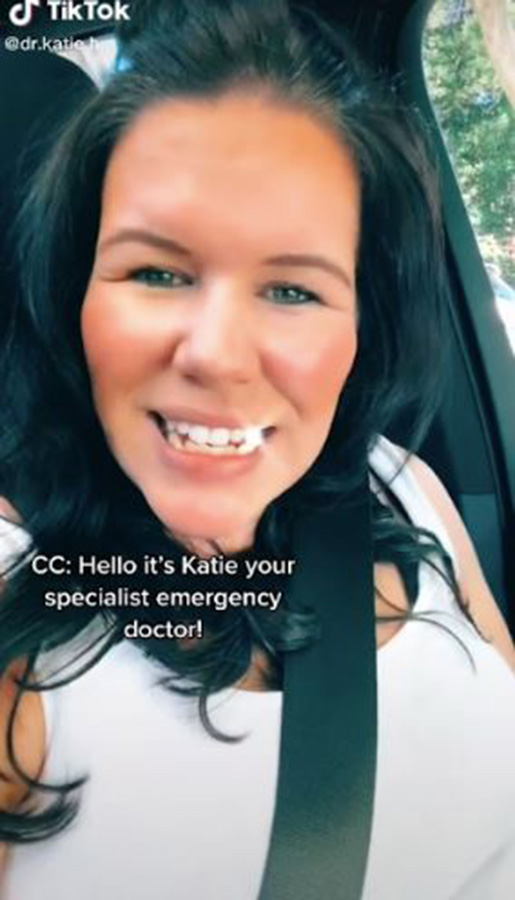 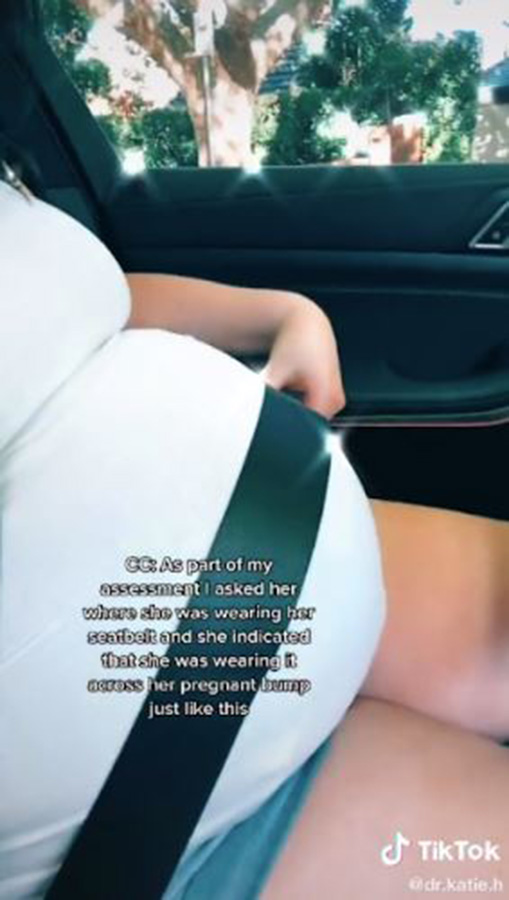 She explained: “Yesterday I was working in the emergency department and I was looking after a young lady who was in her third trimester of pregnancy and unfortunately she had been involved in a car accident.

“And it dawned on me that not everyone may know the safest way to wear a seat belt during pregnancy if they’re travelling in a car.

“I’m 34 weeks pregnant just now and you should be wearing your seat belt UNDERNEATH your bump like this. 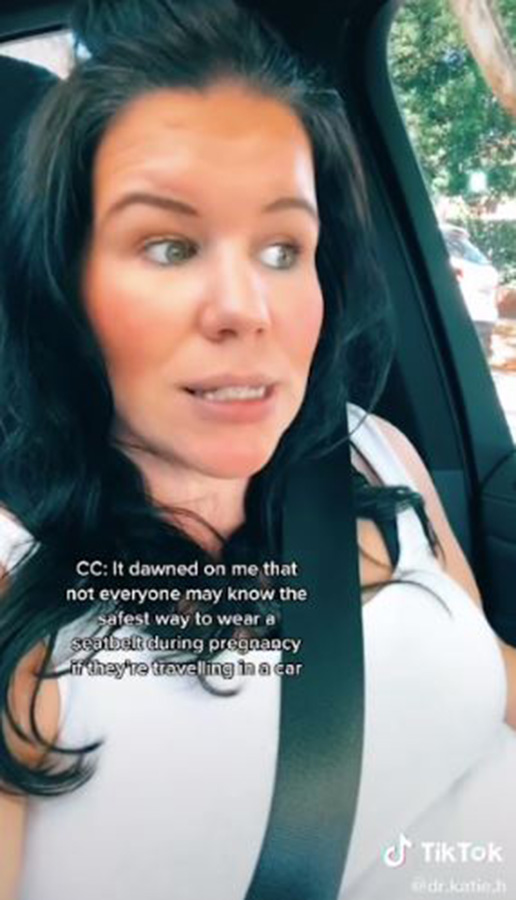 “The shoulder strap should be above your bump and in between your breasts.

“You should have your seat as far back from the steering wheel as is safe to do so.

This is to minimise the impact of the airbags hitting you and your pregnant belly if they do go off.” 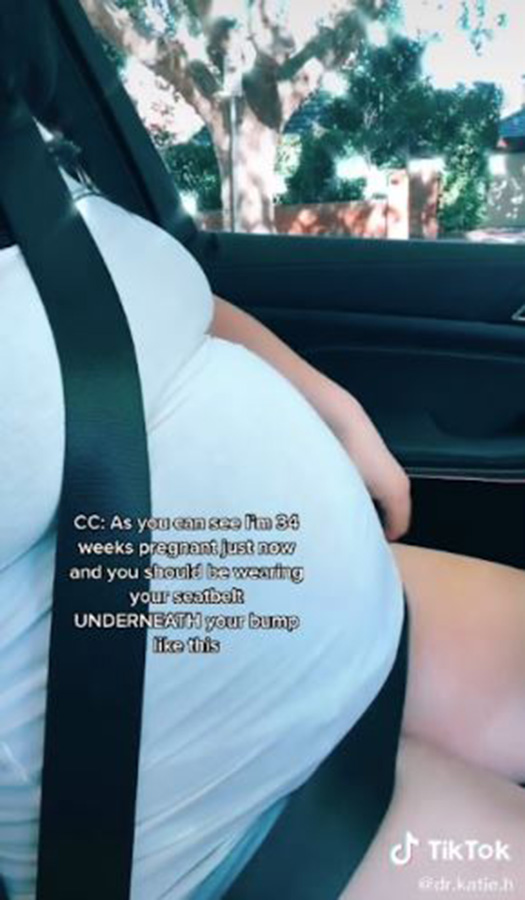 THIS is the correct way to wear your belt 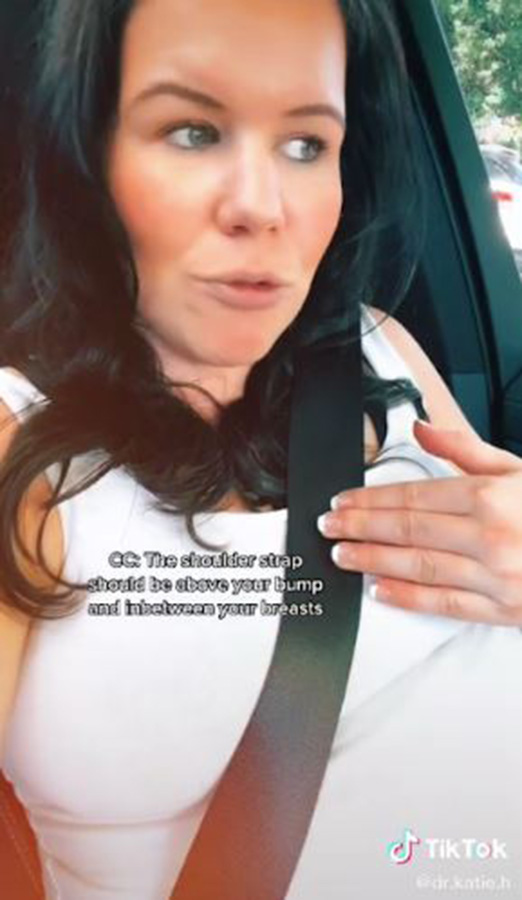 Your shoulder strap goes in between your breasts

And Katie had another important reminder for expectant mums.

She said: “If you are in an accident, no matter how minor it is, you should see your obstetrician or midwife because even minor accidents can lead to complications for you and your baby.”

She shared the post along with the caption: “Safety first!! Share this with a pregnant person to raise awareness!” 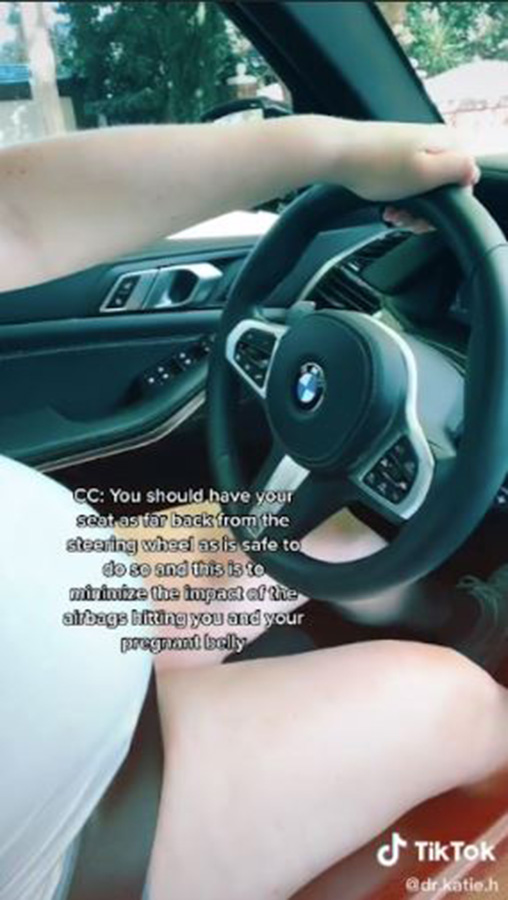 And your seat should be as far back as possible, to reduce impact in the case of a crash

Many mums admitted they hadn’t heard this advice before and thanked Dr Katie for sharing.

One said: “Thank you so much for this! I’m 26 weeks and haven’t been told this.”

While a second wrote: “I was taught this two hours before I was in a bad car accident at 22 weeks. It literally saved my son’s life.”

And a third added: “I lost consciousness and have many injuries (but) because I did what you are exactly saying, my son survived.”

We previously revealed how this mum feels like a “moron” after it took her four years to work out what the holes in the side of kids’ car seats are for.