THE signs are experiencing a total cosmic energy shift today and may feel confident to pursue relationships and whatever their hearts desire.

Today is a good day to plan and visualize what the signs want to attract to their lives the rest of the month. 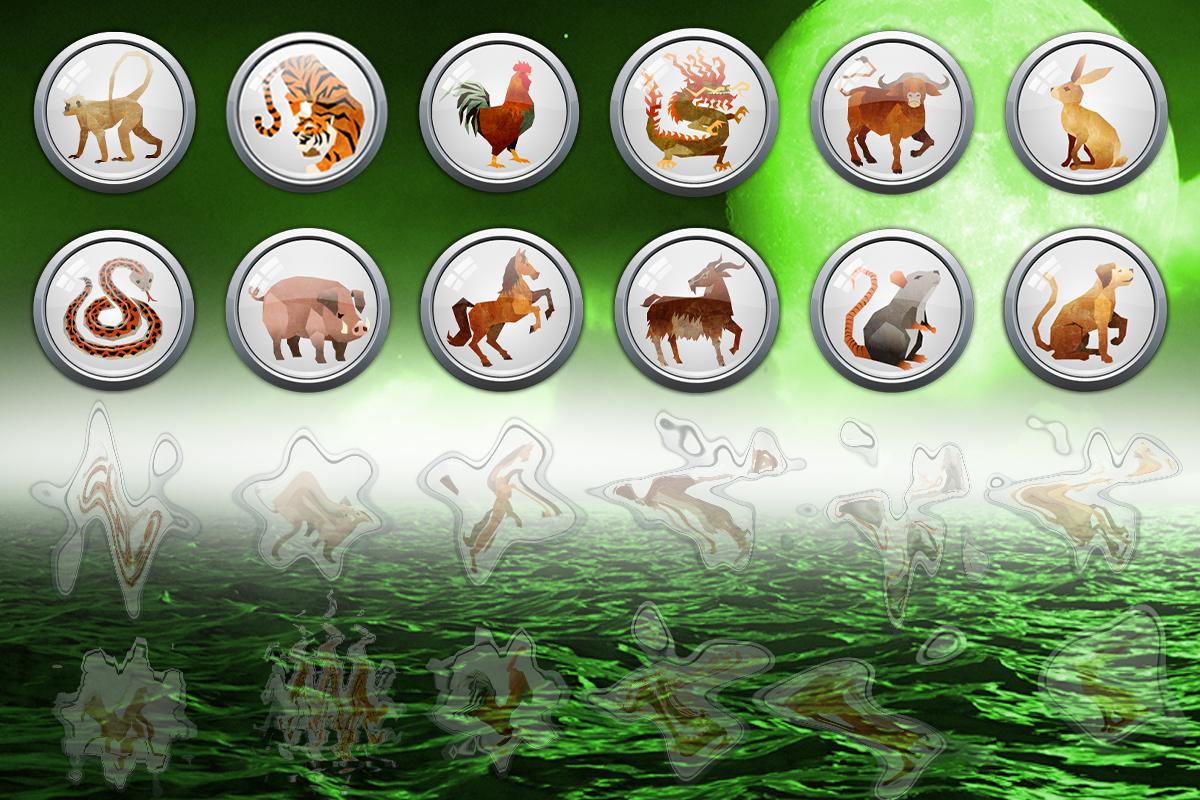 The 21 animals of the Chinese zodiac

Rats, you are done beating around the bush today!

The communication sector in your life is channeling through you and demanding answers from those who have been keeping you in the dark.

Stick to what you feel and speak up.

People think they’ve got you fooled, but they don’t know the half of it.

Oxen, when it comes to relationships, you’re focused on the details because you believe they really matter.

Today, try looking at the big picture and picking your battles with your partner.

If you are constantly focused on every little thing, you may miss more important aspects of your relationship.

Tigers, you are ruthless when it comes to business deals.

Today is no exception.

Keep pushing and accomplishing your goals with relentless pursuit.

You are on the brink of incredible success that will open further doors for you.

Rabbits, you used to settle for the bare minimum, but not anymore.

Keep setting your standards and not allowing others to take advantage of you.

You know exactly what you want and you are done begging for scraps.

Own your truth and practice self-love, the universe has your back.

Dragons, tap into your emotional side today.

You don’t like letting people see your sensitive side in fear that they will judge you or reject you.

If you never open your heart you will never experience love and all it has to offer.

Give in slowly but surely.

Snakes, set some time to do physical activity today!

You’ve been worried about work and others and you’ve been placing your health as last on your list.

Go on a walk this evening to clear your head or hit the gym for 30 minutes.

You will feel refreshed!

Set aside any wild night out plans and spend a few minutes organizing your living space and getting rid of anything that no longer serves you.

You’ve been accumulating some useless items lately and they’ve started to pile up and create a mess.

Place everything into piles and donate whatever you don’t truly use, someone will benefit greatly from your belongings.

Goats, how are you managing your stress lately?

Have you really been taking care of yourself or are you just pretending nothing is wrong and overworking your mind?

Take a step back and really make note of what you think needs a major change right now.

Worry about your needs and how much your well-being matters.

Monkeys, if you are feeling moody today do something that will bring you joy.

It’s also perfectly acceptable to shut your phone off and disconnect from answering calls and texts while you’re self-soothing.

You don’t always have to be available for everyone at all times, even on your “off” days.

Focus on you today, all day if possible.

Roosters, it’s time to start taking risks when it comes to your love life.

You usually try to play it safe when looking for a partner, but it hasn’t truly resulted in anything worth pursuing.

Don’t overlook everyone that doesn’t fit into your mold because you may be ignoring some great prospects.

Do something unconventional and go on a date with someone with different interests, you may benefit greatly from it.

Dogs, you’ve been putting in extra effort into your relationship and it’s showing!

It’s important to show your significant other that you are also invested into your partnership and want to make things work.

Relationships are all about equal parts of giving and taking, making sure everyone’s needs are being met.

Don’t get sucked in to doing more than you should!

Pigs, if you’re having financial troubles now is the time to sit and think how you can fix them.

Don’t try and run from the problem or else it will get uncontrollable and it’ll get you in deeper trouble.

Think about ways you can realistically scale back on your spending.

Put the splurging on hold right now and worry about getting out of the negatives.

Who celebrates Ash Wednesday what is the significance of wearing ashes on your forehead?