THERE is no evidence that women are at greater risk from blood clots after the AstraZeneca coronavirus vaccine, MPs have been told.

But as extremely rare cases of blood clots are “increasing” in line with the speedy jab rollout, the trend continues to show that younger people are more at risk. 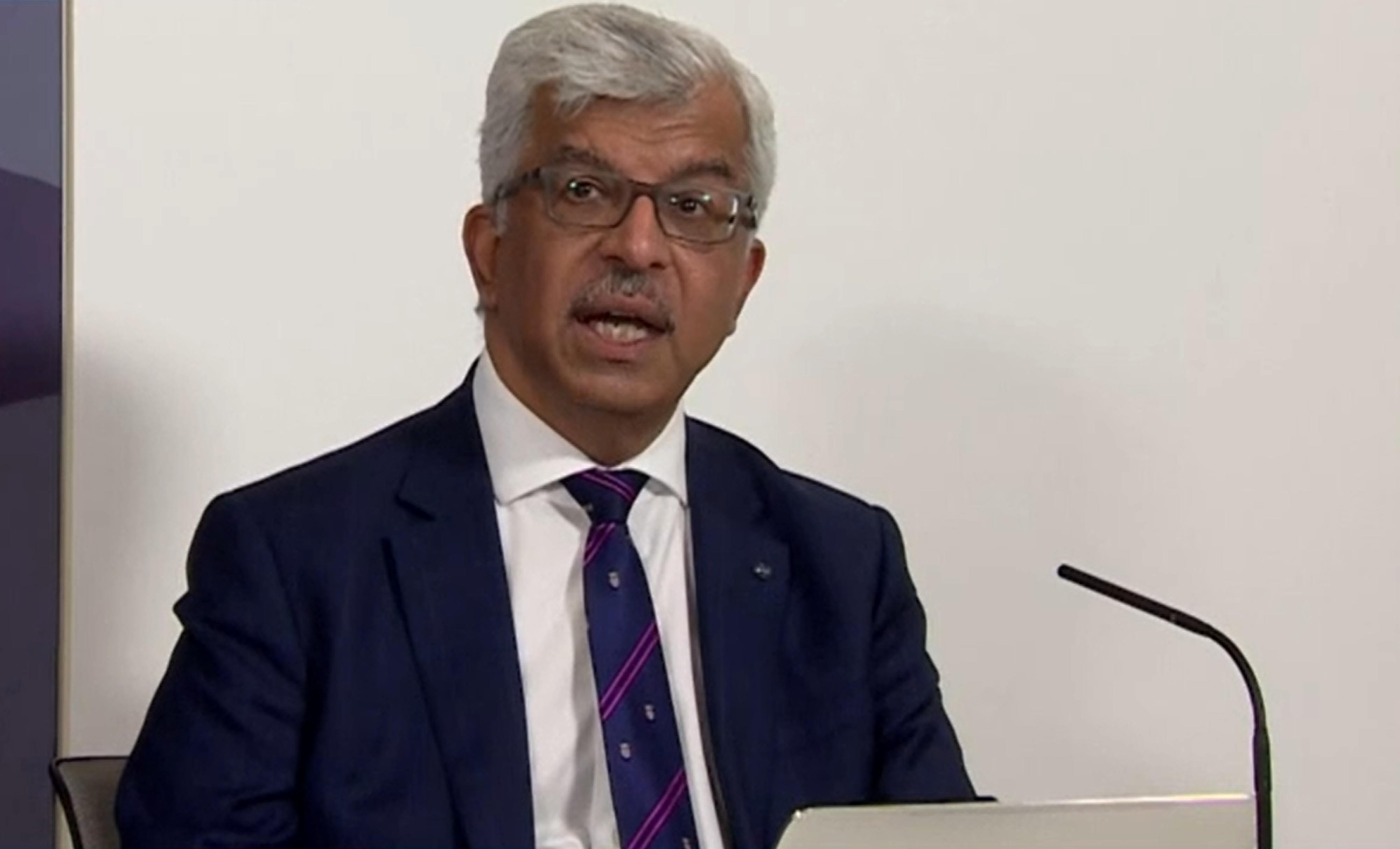 Women do not appear to be more at risk of blood clots after the AstraZeneca vaccine, according to Professor Sir Munir Pirmohamed, chairman of the Commission on Human Medicines (pictured on April 7)Credit: PA

The evidence is “firming up” that the jab is the underlying cause of these unusual and sometimes fatal blood clots, which occur in the brain and stomach.

However, there is still no clear link to prove it.

Regulators in the UK, the MHRA, have reported more cases and deaths in women compared to men.

But experts have said this appears to be due to the way the vaccines were rolled out, as opposed to a genuine higher risk in women.

Professor Sir Munir Pirmohamed, chairman of the Commission on Human Medicines, told the Science and Technology Committee: “There are two things to consider – the first is the way the vaccine was deployed, particularly in healthcare workers and social care workers.

“The majority of the workforce there is female and so they had higher exposure rates.

“But when you then start relating to the exposure rate in different populations, what you find is that the case incidence rate between male and female is actually very similar.

“So, from our data that we’ve got in the UK, it doesn’t look as if the females are at a higher risk of this adverse event compared to males.”

He said in the lower age groups, the rollout was mostly geared towards people working in health and social care.

“Because there was a higher relative number of females to males, it is not unexpected we would see that proportion coming out in terms of cases [of blood clots].”

EU regulators have also said that although most cases of blood clots have been in women, no specific risk factors have been confirmed.

Asked about the medical history of cases, Sir Munir said that a past blood clot is not seen as a predisposer so far.

And he said the “only risk factor that we are finding is age in that there is a slightly higher risk in the younger age group compared to the older age group”.

Some 95 per cent of people over the age of 50 have had their first dose of the jab.

There have been a smaller proportion of younger people – NHS health care workers and people with underlying conditions – who have been jabbed.

Therefore, with more blood clot cases in younger people, this suggests there is an increased risk for them.

The MHRA has decided the NHS should offer people under 30 an alternative vaccine to the AstraZeneca vaccine.

The Joint Committee on Vaccination and Immunisation is considering whether a further change of policy is needed for older groups, such as those in their 30s, the Telegraph reported.

MPs discussed that there had been 168 cases of extremely rare blood clot events in around 21 million first doses of the AstraZeneca jab, the majority of which (93) were in women.

There have been 32 deaths.

Sir Munir said: “It is important to again stress this is extremely rare, only 168 cases given millions and millions of doses of the vaccine has been given.

“The number of cases has been increasing since they were first reported, and what we feel is the evidence is firming up of a possible link.

“But we do not have true causality determined yet.”

He said there seems to be an immune reaction occurring after people are given a vaccine, but the reasons why are not clear.

It comes after blood clots linked with the vaccine from Johnson & Johnson, which uses the same technology as the AZ jab, has led to health chiefs in the US deciding to use a warning label on a fact sheet given to recipients.

After an 11-day pause of the use of the jab in the states, The Centers for Disease Control and Prevention (CDC) and Food and Drug Administration (FDA) said

However the agencies insisted the risks of experiencing the potentially deadly syndrome was “very low”.

Some 15 cases of blood clots have been idenfitied since regulators approved the jab in February.

All were women and most were under the age of 50 – with three dying and seven remaining in hospital.