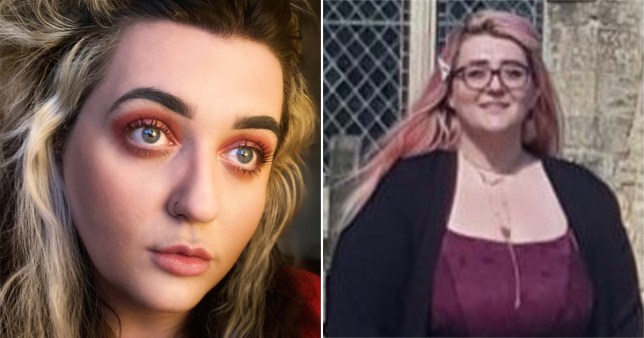 Caroline Watson suddenly gained weight and grew in height as a child due to a brain tumour (Picture: PA Real Life)

When Caroline Watson suddenly gained weight and grew to 5ft 8in tall at the age of nine, her concerned mum took her to the GP.

But the issue was dismissed as ‘puppy fat’ and doctors advised the child to just ‘stop eating potatoes’.

The truth was that her sudden growth spurt was due to a brain tumour.

Caroline, now 26, who shares a house in Cranfield, Bedfordshire, with her partner Jack Mizen, 26, a fellow civil servant, and their pug-beagle cross dog, Bruno, six, said her confidence was crushed when she was advised to join a slimming group.

She said: ‘That advice just made me feel like I must be doing something wrong and eating the wrong things.

‘I didn’t eat more than other children, but I was made to feel like my bloated appearance was my fault.

‘I was so self-conscious. All I wanted was to fit in, but I was towering over my classmates and didn’t have the confidence to approach anyone to make friends.’ 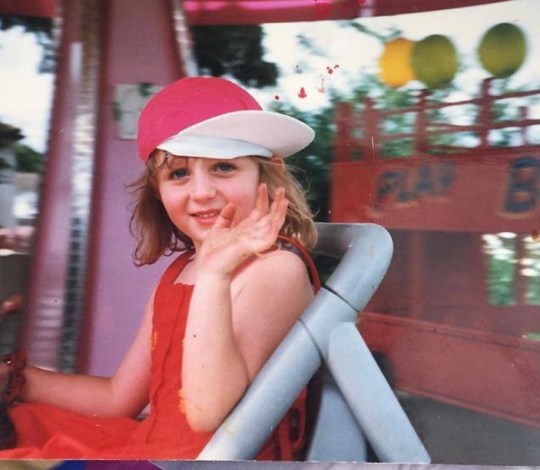 At nine years old she dramatically grew to 5ft 8in and put on weight too (Picture: PA Real Life)

When Caroline turned 12, a school nurse finally agreed that the young girl was unwell, prompting doctors to refer her to hospital.

Scans revealed that she had a tumour growing on the pituitary gland on the base of her brain.

‘It was secreting extra growth hormones, which explained my weight gain and why I was so tall,’ said Caroline. 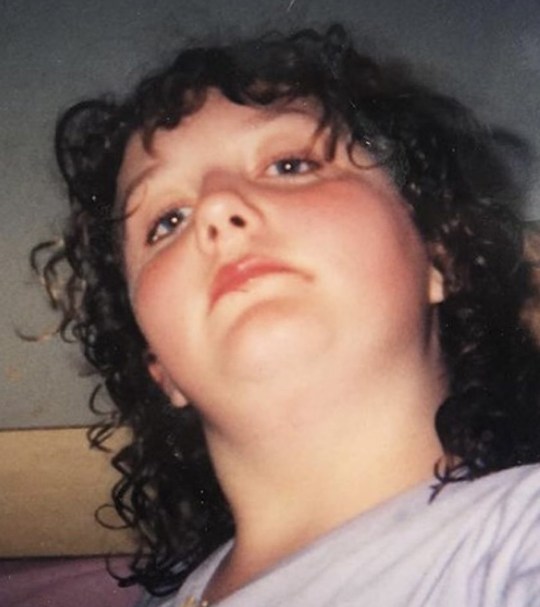 When her mum took Caroline to the doctors, the changes in her body were dismissed as ‘puppy fat’ (Picture: PA Real Life) 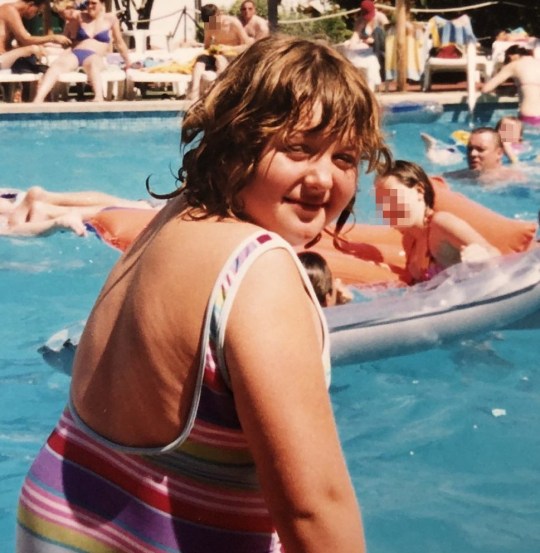 ‘My whole body looked bloated and my face was so swollen that my eyes looked as if they’d sunk into my face.

‘I didn’t even know what the word tumour meant back then, but I did know that it meant what was happening to me wasn’t my fault.’

After the diagnosis, specialists first prescribed medication to reduce her levels of growth hormone, while they waited to see if the tumour changed. 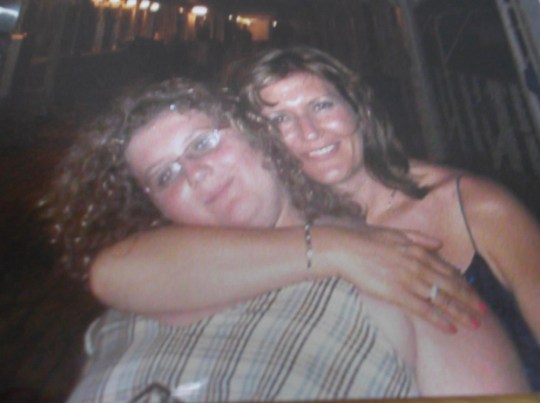 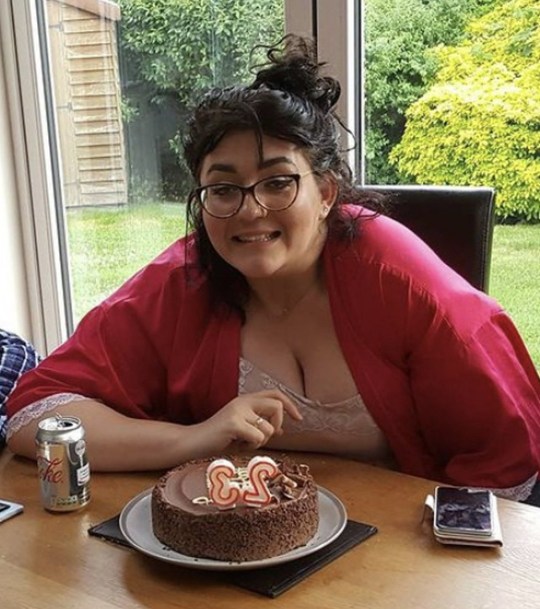 Eventually, scans revealed that Caroline had a tumour in her brain that was releasing excess growth hormone (Picture: PA Real Life)

The five-hour procedure to remove the bean-sized tumour took place at north London’s Royal Free Hospital on October 8, and involved the surgeon pulling out the growth through Caroline’s nostrils.

Unfortunately, after the surgery Caroline sneezed, which caused a gap in her skull to reopen, resulting in a cerebrospinal fluid (CSF) leak.

Given further surgery to plug the leak, this meant another week spent in hospital. 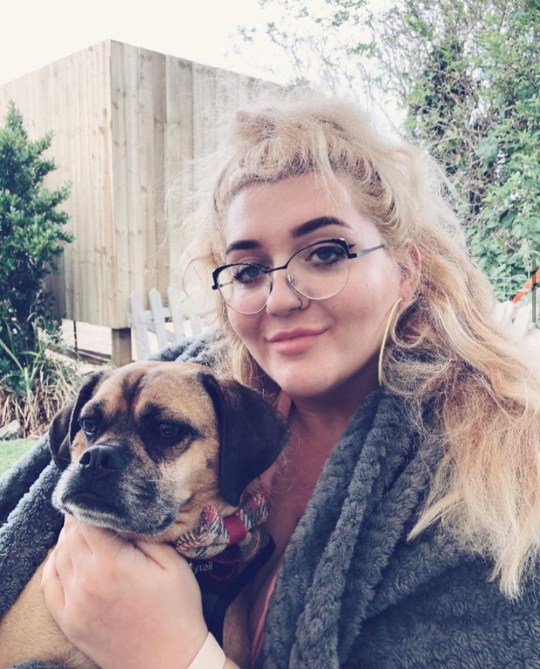 The civil servant had surgery to remove the tumour through her nose (Picture: PA Real Life)

Caroline said: ‘The operation was horrible.

‘I’d also had this false hope that I’d wake up and be skinny with size six feet and normal sized hands, but that didn’t happen.’

While specialists said her levels of growth hormone would drop, Caroline was warned she would always ‘be on the big side’.

She learned to embrace her body despite some low points, but then, lying in bed one morning in October 2016, she felt a strange ‘popping’ sensation in her head and developed an excruciating headache.

After tests and an urgent scan, doctors confirmed the pituitary tumour had grown back. 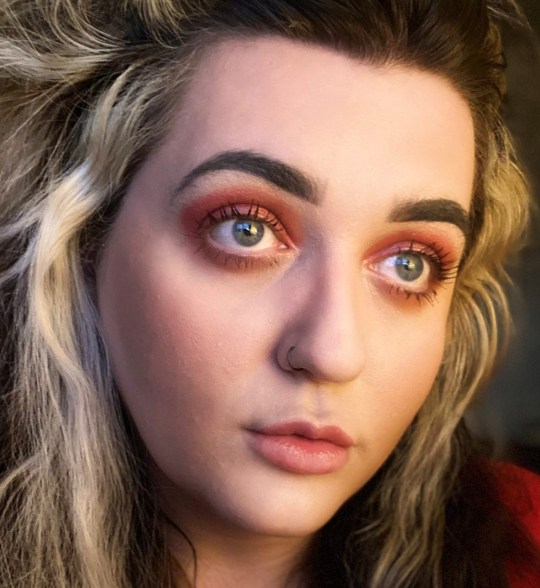 On August 9, 2017, she had more endoscopic surgery, removing a second tumour through her right nostril.

While she experienced bleeding during the procedure and was hospitalised again with viral meningitis surgeons managed to remove the whole tumour.

She still suffers with debilitating headaches and has been told the tumour may have affected her fertility.

Caroline is now an enthusiastic campaigner for the charity Brain Tumour Research, working to raise awareness that brain tumours can affect anyone at any age.

She said: ‘Being told at the age of 13 that you’re never going to look like a normal girl your age is hard to hear.

‘I didn’t have anyone to talk to about it, so told myself I’d have to get used to being who I was. I thought no boys would ever be interested in me, so I’d better just get to used to it. 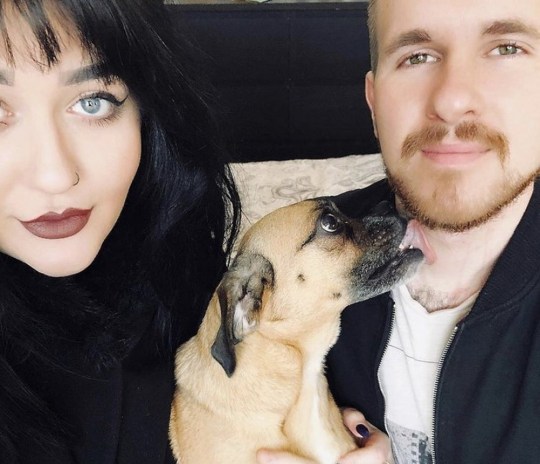 She hopes that by sharing her story she will raise awareness of brain tumours and increase research (Picture: PA Real Life)

‘I always knew I was different, but when I look back now I feel like I didn’t have my childhood or my teenage years.

‘And, after my experience, I want people to know that if they think something is not right, they shouldn’t give up.

‘If my mum had given up I wouldn’t be here today.

‘I also tell fellow sufferers, never to give up on themselves.

‘I went through some very dark patches, but I came out the other side.’

To help Caroline and others like her, you can sign a petition calling for more Government funding to be put into research of brain tumours.

Who is Sarah Silverman and what did she say about Britney Spears?