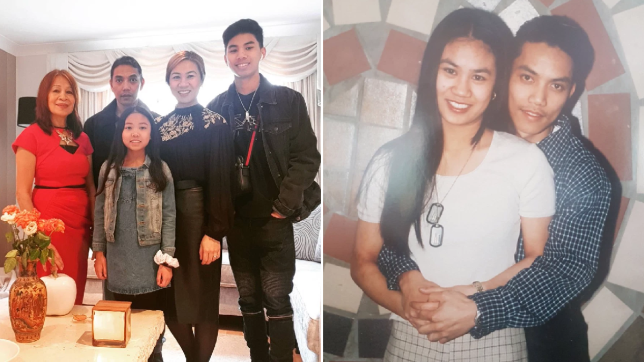 Michelle noticed her husband, David, was acting strangely – and thought he had fallen out of love (Picture: PA Real Life)

A woman who feared her marriage was over after her husband grew increasingly distant was heartbroken to discover the true reason for his withdrawal – early onset dementia.

Michelle Macadangdang, of Grays, Essex, noticed her childhood sweetheart David was behaving more and more unusually as time went on.

The 45-year-old worried her spouse had changed his mind about their relationship and even organised counselling for them.

Michelle said: ‘I confronted him about it and asked if he’d fallen out of love with me.

‘He reassured me that he hadn’t, but I was still worried about our relationship, so we agreed we’d go to relationship counselling.

‘I found that really helpful, but he didn’t engage with it. It seemed to make him anxious and stressed, so we stopped.’ 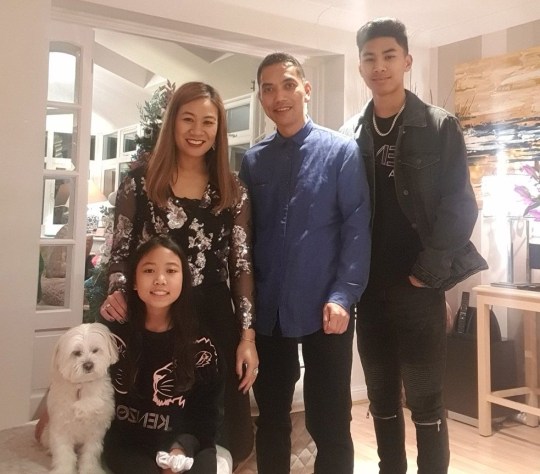 Michelle grew worried about David being withdrawn from their family and even booked couples counselling (Picture: PA Real Life) 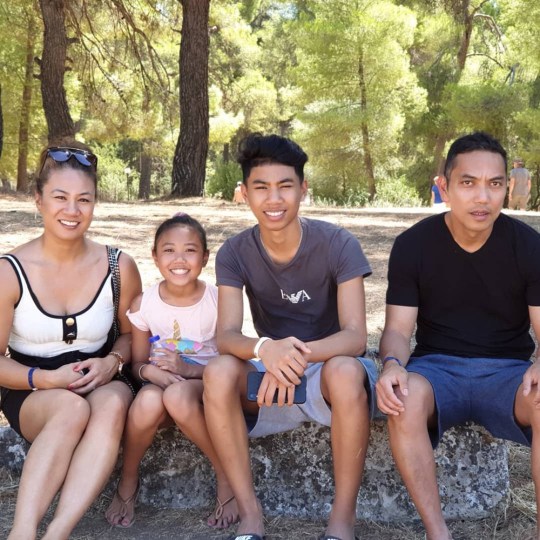 But one day in October 2016, Michelle was phoned by police, who told her they had found David disorientated and driving erratically.

After seeing a professional consultant, David was diagnosed with dementia – at just 46 years old.

Michelle, who is familiar with the diagnosis due to her care home director job, said: ‘I know the end result of dementia. I know there’s no cure.

‘I’m not sure if it was denial, but when David was first diagnosed, all he kept saying was that he felt fine.

‘Then, back home that night, he asked me if he was going to die. I’d tried to be strong for him and the children. I didn’t want them to see me upset, so I went and took a shower and just stood there sobbing.’ 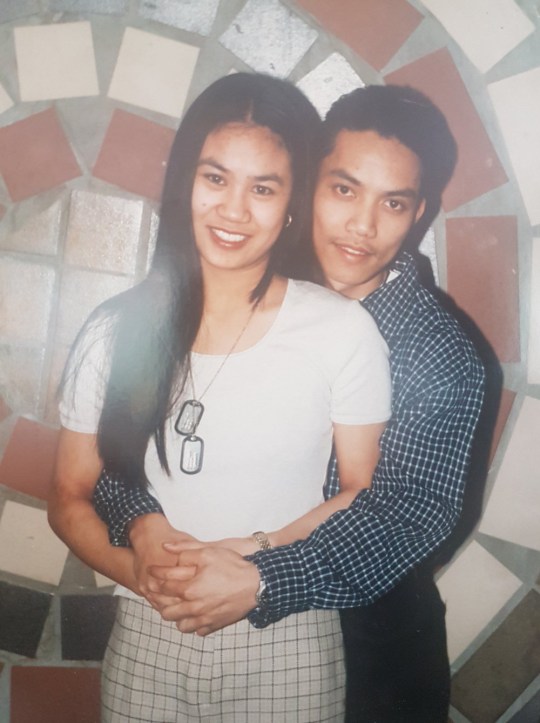 The pair in the early years of their relationship (Picture: PA Real Life)

The couple married in 1998 and share two children together – 16-year-old Samuel and 11-year-old Madison.

Michelle says what she is experiencing is similar to grief – as the man she loves is there physically, but not mentally.

She said: ‘When David was first diagnosed, I was offered bereavement counselling. At first I thought, “Why? My husband is still here.”

‘But I have gone through a loss, in a sense. I’ve lost my friend, somebody to talk to. Somebody to help me make decisions about parenting, or offload to after a long day.

‘David knows who we all are, but he can no longer have a conversation with us or say our names. I miss my husband and have lost so much of him before he has physically gone. It’s like I’ve become one person when I used to be two.’ 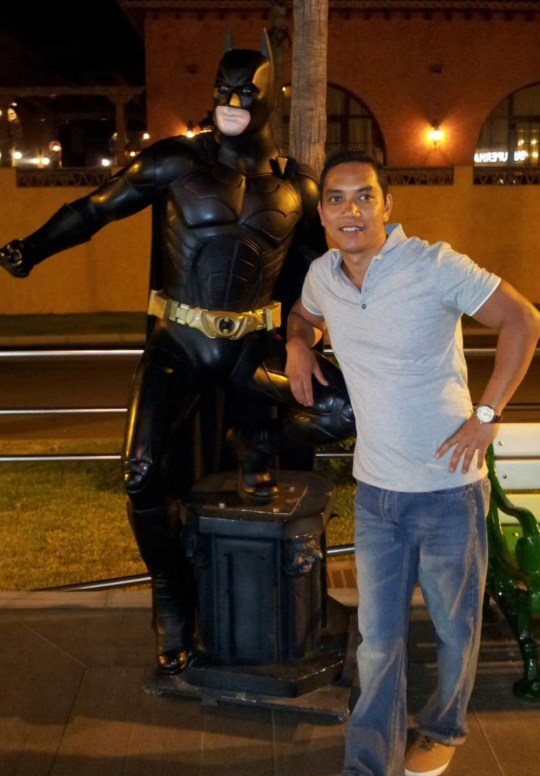 David was just 46 when he received the diagnosis of dementia (Picture: PA Real Life) 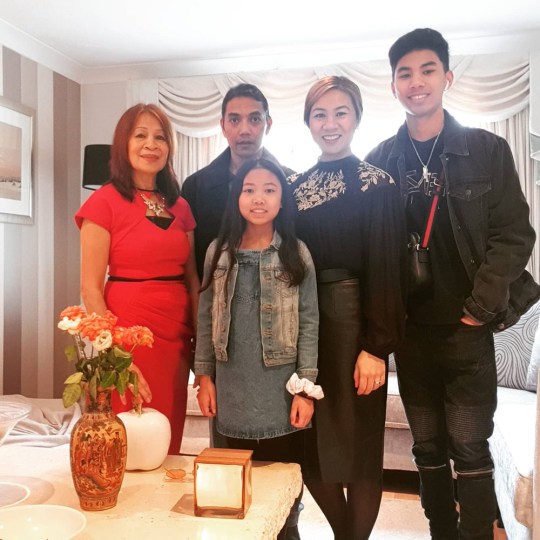 The family live in Essex and are getting through David’s dementia together (Picture: PA Real Life)

Michelle explains that David has always been an incredibly supportive husband.

She added: ‘David was a really outgoing guy and so helpful. He was always making everyone laugh and pulling people together. He would do anything for other people.

‘As a husband, he supported me in following my dreams. I wouldn’t have got where I am today, career-wise, if it hadn’t been for him.

‘He was a real bright spark. He got a first in biology from the University of Greenwich in London, but ended up getting a job with the Royal Mail because he liked the fact it gave him time to be there for the children.

‘He’d get them up in the mornings and take them to school. He’d be there at every school play – he was a really hands-on father’ 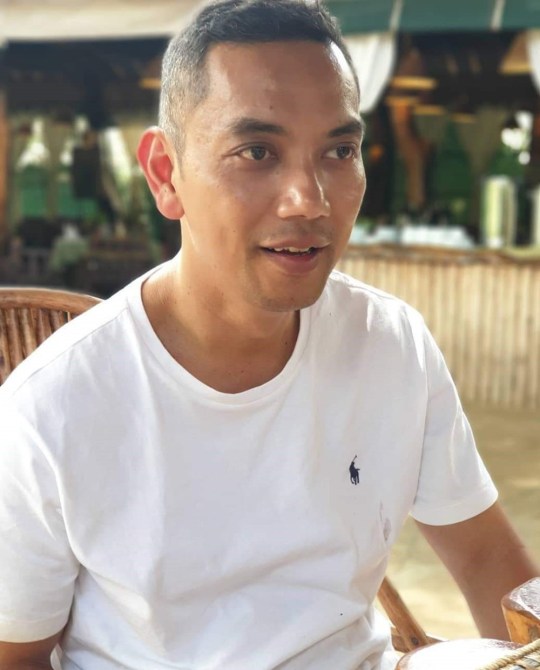 Michelle hopes her story will raise awareness of dementia in younger adults and encourage others to donate to the charity that has been her lifeline – Alzheimer’s Society.

She said: ‘Dementia can affect anybody – it doesn’t discriminate.

‘To look at me, you’d see a smiling, positive woman, but the truth is that everybody has hidden pain – and I’m sharing mine.

‘Nothing can compare to or prepare you for a diagnosis like this, but as a family we have tried to handle everything with dignity, and find normality where we can.’

For more information about dementia and Alzheimer’s Society visit Alzheimers.org.uk

Slow down in Covid vaccines WILL pick up again as UK in ‘amazing place’, says JVT