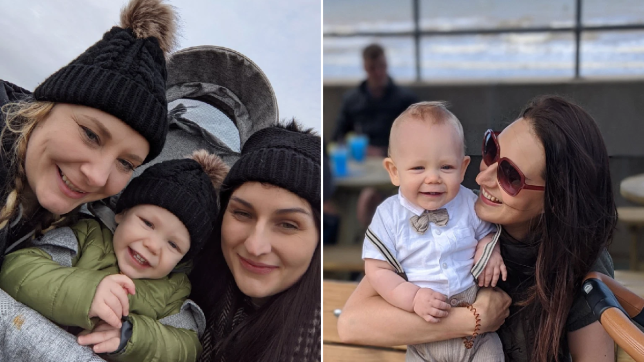 A woman who has suffered with a crippling headache for eight years wasn’t sure if she would be able to battle through pregnancy and labour, in order to have a child.

But two years ago, Rebecca McDonough fulfilled her life-long dream of becoming a mum and welcomed a son.

The 34-year-old was first struck by excruciating head pain in October 2012 – shortly after she married her partner, Sarah.

Rebecca, from Lancashire, said: ‘In those first few months, I was admitted to hospital a few times because the pain was unbearable.

‘In those moments, I’d beg doctors to sedate me because I just couldn’t imagine going through any more pain like that.’

After a number of tests, medics diagnosed Rebecca with both hemicrania continua (which causes a constant headache) and short-lasting unilateral neuralgiform headache attacks (SUNHA), which causes stabbing pains on the right side of her head and face. 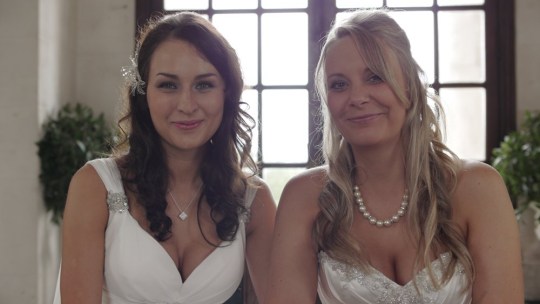 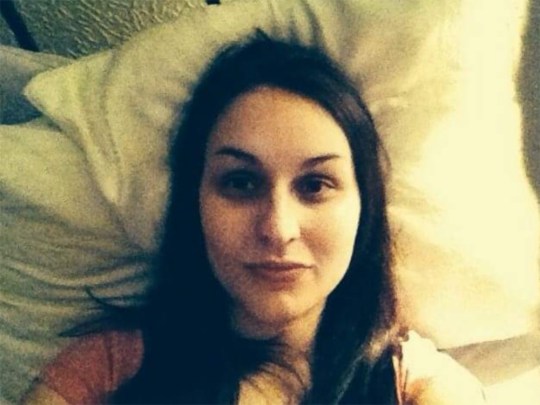 Rebecca explains that the SUNHA headaches – which occur daily and can affect her for several hours at a time – are like ‘being stabbed repeatedly in the head.’ Whereas the hemicrania continua is a constant stream of head pain.

She said: ‘While the SUNHA is more extreme, destructive and disabling, the hemicrania continua means I never get a moment free of being in pain.’

In February 2014, Rebecca suffered her worst ever stint of SUNHA, which lasted for seven hours straight.

Shortly after, she contacted a pain management specialist to help her come to terms with day-to-day life with her condition.

She said: ‘It was at that point I decided I had to accept I was never going to get better and I had to find a way to live my life and stop making decisions based on my headaches.’ 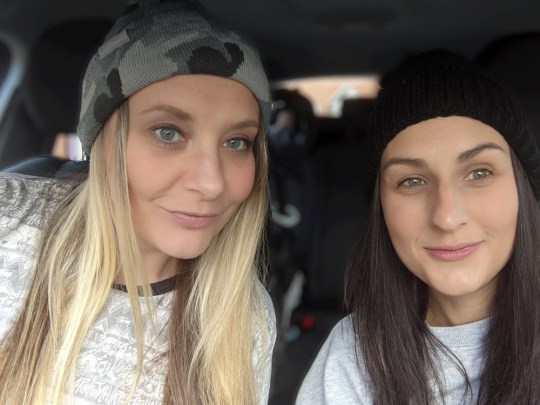 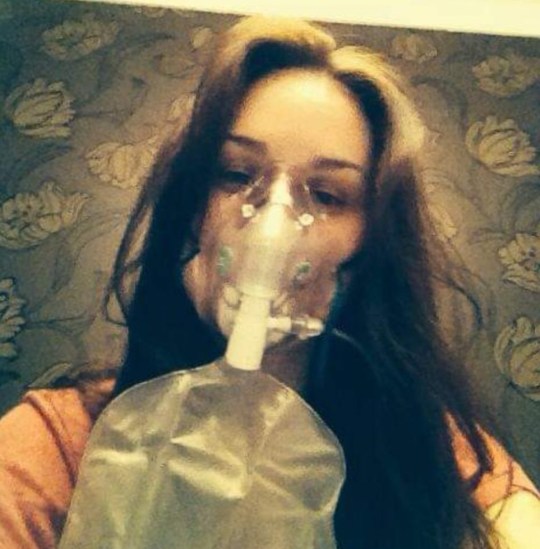 Rebecca and Sarah always dreamt of having children together, but they were unsure how the pain of pregnancy and labour would be managed alongside the SUNHA and hemicrania continua.

Eventually the couple decided to go through with it and, on Valentine’s Day in 2018, Sarah’s egg was fertilised and implanted into Rebecca’s womb. In late March they discovered it had been a success.

Rebecca added: ‘We did talk about whether I’d be strong enough to go through the pregnancy and labour, but it was so important to me to carry the baby.

In November 2019, Rebecca gave birth to their son Jamie – following a two-day labour at the same time as a SUNHA attack.

She said: ‘It was quite hard for the midwife to work out what was a contraction and what was a SUNHA attack. I had one for the first part of the labour and it made it so hard.

‘The SUNHA pain was worse than the pains from labour until the very end, when Jamie got stuck – then that was worse.’ 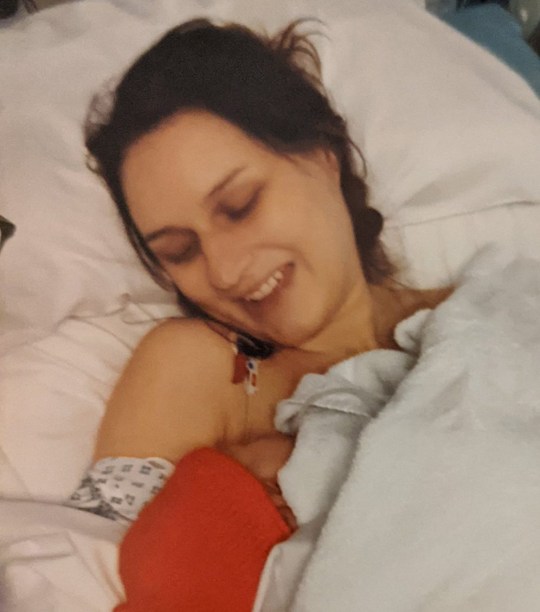 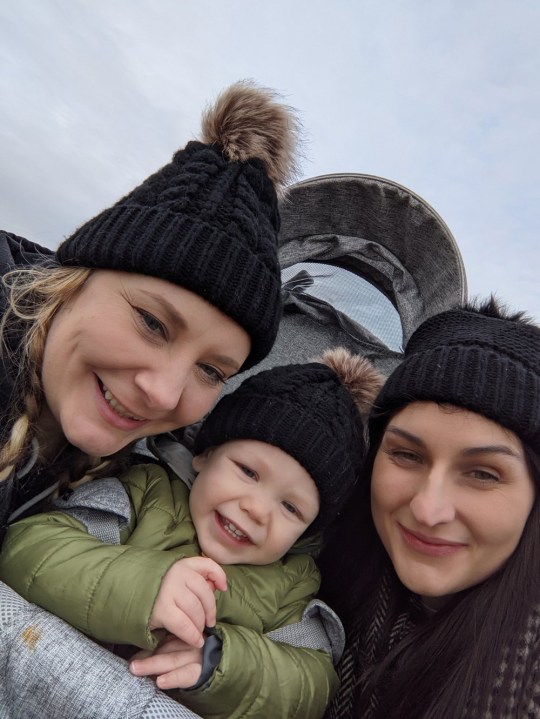 Rebecca now works for Lancaster University, leading an administrative team. Due to her condition, she works flexible hours and the Government pays for a taxi to take her safely to and from work, as part of the Access to Work scheme.

She and Sarah hope to have another baby in future to complete their family. 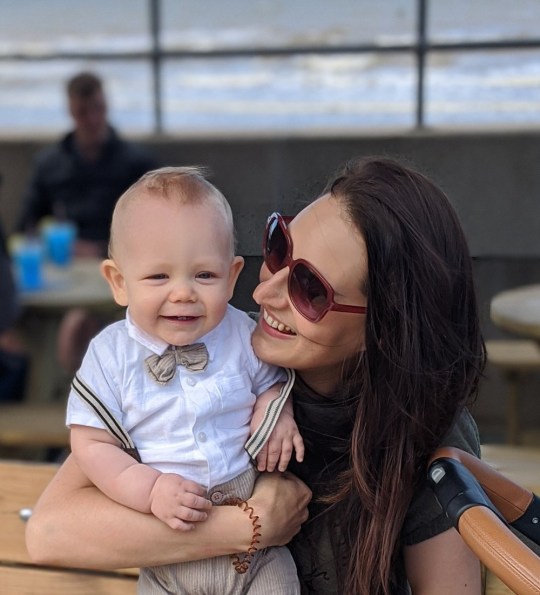 While Rebecca isn’t taking part in the trial, she hopes research will shed more light on the mysterious condition.

She said: ‘I’m quite optimistic, but I learned a long time ago not to live in hope of these things working.

‘One of the most isolating things about SUNHA is that not only is it invisible, but no-one really understands it, even so many medical professionals.

‘I’m not expecting a miracle cure, but it would be great if more people knew about the condition.’