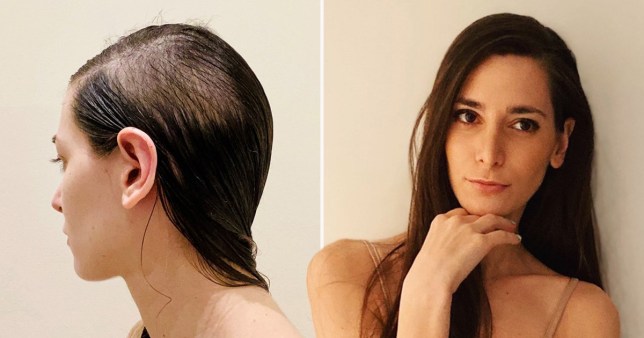 Marlene Mathivaud was 13 when she began to pull out her hair to cope with the stress of being bullied, a disorder known as trichotillomania.

Marlene, now 31, was left with huge bald patches that she hid under a bandana.

The Burberry sales assistant soon moved on to ripping tiny patches of skin off her legs to find relief – a condition called dermatillomania.

Marlene, who lives in South-East London, has battled to stop herself tearing at her hair and skin but admitted the urge to do it is too strong to resist – and lockdown has made her conditions flare up again.

She said: ‘I’d be at my desk trying to work during the pandemic and every 20 minutes I’d have to clear up the floor because there would be this carpet of hair.

‘I’ve had moments where I’d look at it and start crying. I’m disgusted at myself for doing it – I know I should be able to stop myself doing it but I can’t.’

Marlene posted an image of her hair loss on Instagram this year to raise awareness about the disorders which are categorised as OCD. 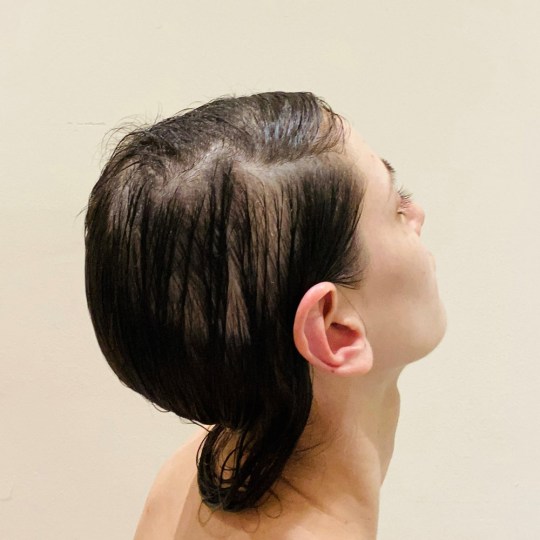 Marlene said: ‘I’m tired of the stigma around my conditions and I want to change that. For so many years I felt ashamed of myself because it is something you have inflicted on yourself.

‘But people assume you are choosing not to control it. It is important for them to understand that is not the case.’

Marlene’s bullying started after she moved back to France where she was born.

By the time she was 13, Marlene was pulling out the hair on her head as a coping mechanism for the bullying she experienced.

Within months, her long, thick locks had been replaced with short, patchy hair all over her skull aside from the nape of her neck, which she hid under a bandana and said made her look like she ‘was recovering from cancer’.

She said: ‘Kids in the playground used to call me names like “pirate” but they still didn’t realise what was going on.

‘I remember I used to sit in our TV room at home and just pull away at my hairs with my sister sat next to me. She’d tell me to stop it but I just couldn’t help myself.

‘My mum sent me to see a child therapist, but my family did not really know then what we know now about the signs of mental illness.’ 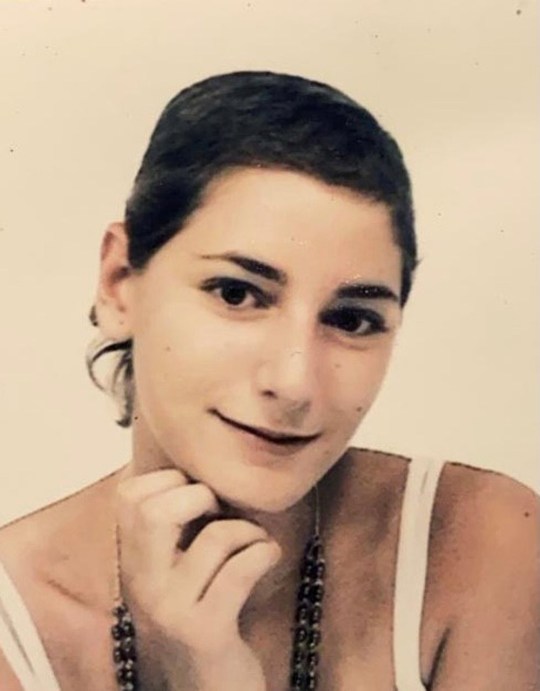 Soon she was pulling out hairs from her legs and, at 14, this led to her picking her skin too.

Marlene said: ‘I would take a pair of tweezers and pull at a hair follicle on my legs, but I would pick the skin too, and it would leave all these tiny little scabs which have now turned into small white scars.

‘I never did this around anyone, only in my bedroom. I think it was because I realised on some level that is was more disgusting than pulling out my hair.’

Marlene was able to hide her conditions away from the world until the first day of starting high school, aged 14.

No longer able to wear a bandana at school, Marlene said she became strategic about where she would pull hair from, focusing on the sides of her head and letting the top grow out so she could gel it into a position which would cover the bald patches – a technique she still uses to this day.

In her last year of high school Marlene also developed eating disorders which she later had a handle on as she entered college.

At this time, Marlene also began seeing a psychologist about her hair pulling. By focusing on her future and her ambitions, Marlene was able to stop.

A few months later, Marlene moved to London and began a career in retail.

But the skin-picking never went away, and the trichotillomania came back in 2016.

She said: ‘I still don’t fully know why. I began writing a book and I just needed a bit of relief. I would just pull one hair here and there, and I’d tell myself it wasn’t a problem.

‘But when you are doing that every week, and then every day, it came back fully. I’d stop for a couple of months and then start again – but it has never fully gone away.’

Due to the scars on her legs, Marlene does not wear shorts, skirts or swimsuits. 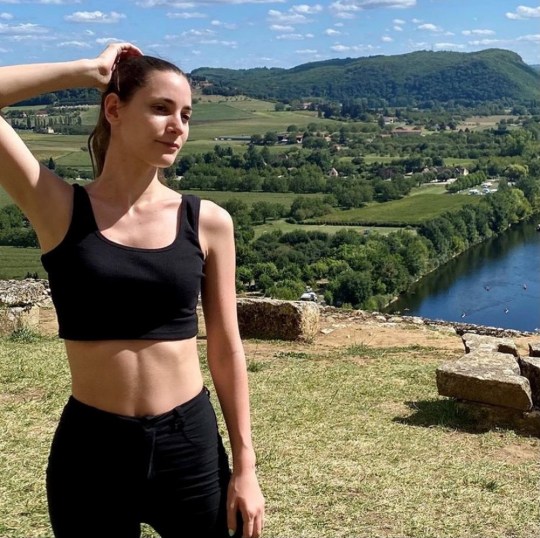 She also struggles with her colleagues at work.

‘If I am trying on clothes with work friends and we’re in the changing rooms, they’ll ask why I don’t just get changed with them,’ she said.

‘It is just something normal for them, but for me it isn’t at all. I would love to feel normal for a day.’

The onset of the first lockdown took a toll on Marlene’s mental health, and her trichotillomania spiralled out of control as she worked from the flat she lives in alone, leaving huge bald patches on the sides of her head.

But in January, she shared pictures of her struggle with her followers on Instagram, and was flooded with support.

With an end to the latest lockdown in sight, Marlene is hopeful for the future.

She concluded: ‘One day, I know I will stop. But there is a timing for everything, and it is a long process.

’18 years ago, I didn’t even know what mental illness was, and neither did my family or teachers.

‘But now there is so much more knowledge out there that if you see someone showing the signs, make sure they seek professional help at an early stage before it has a chance to spiral.’

Australia, the U.K., and Japan