A WOMAN flips the middle finger at cheering passengers as she is kicked off a Southwest Airlines flight for allegedly not wearing a mask.

Video on TikTok also shows the “Karen” yelling at cabin crew as she denies refusing to comply with rules on face coverings. 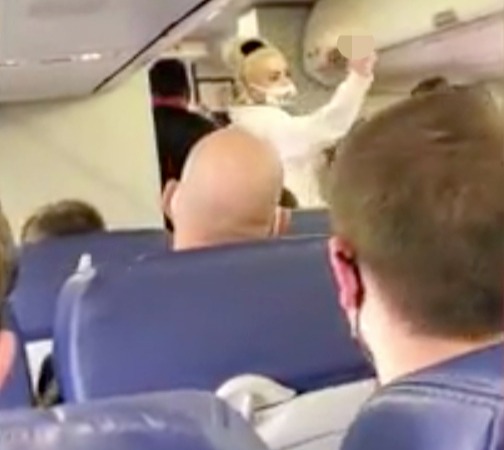 Female passenger flips the bird at cheering crowd on the planeCredit: b_edler56/TikTok 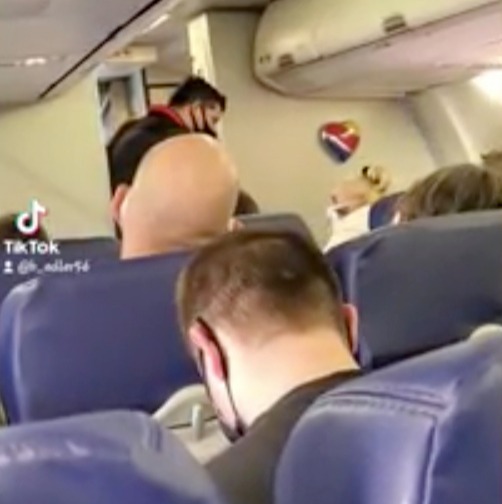 Passengers shouted at her to get off after a row over face masksCredit: b_edler56/TikTok

A clip filmed from a few rows behind begins mid-row after the woman has taken her seat.

She is wearing a mask but appears to be arguing with flight attendants who accused her of earlier breaking federal mask rules.

“It’s better to get off,” a man can be heard saying in the background as passengers join in and start heckling the woman.

She is heard screaming at a steward: “I did comply.

“You’re saying I didn’t comply and put my mask on when you asked me to?

“Are you seriously telling them that I didn’t put my mask on when you asked me to? 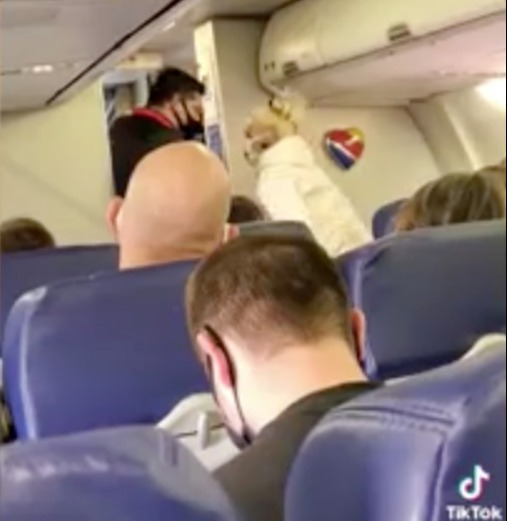 The woman denied refusing to wear a mask and accused cabin crew of lyingCredit: b_edler56/TikTok 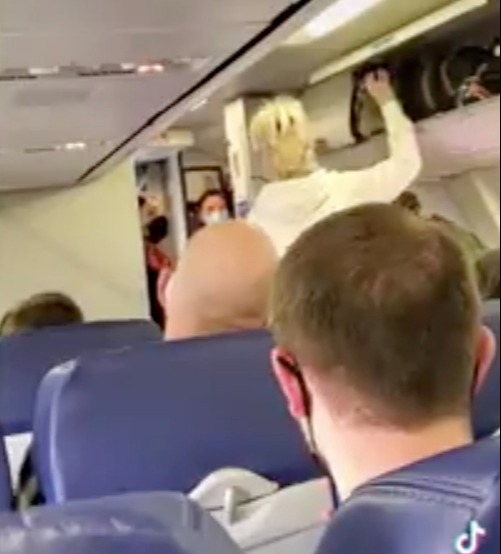 She is quickly drowned out by boos and shouts of “Bye” from the other passengers.

“Get off the plane” someone shouts.

When the woman finally gets up to exit, the crowd breaks into applause.

She throws them the middle finger in response before disembarking with a male companion.

“I hope you’re single, buddy!” one of the men on the plane shouts.

Another woman emerges from where the flight attendants had been standing — and does a “cabbage patch” dance in celebration.

The video was posted last week by TikTok user Brendan Edler with the caption “#karen”.

It is not know where the plane from flying from and to.

Southwest said it had no information on this incident.

A spokesman said: “Federal law requires Southwest to ensure every person age two and over to wear a mask at all times throughout a flight, including during boarding and deplaning.

“We communicate the face-covering mandate to all Customers at multiple touchpoints throughout the travel journey.”

Enforcing mask rules has set airlines in conflict with passengers before.

In December, a family were kicked off a United flight and banned for life after they could not get their crying two-year-old to wear a mask.

Last August a mom and two kids were booted off a Southwest flight because her autistic son aged three refused to wear a mask.

The month before, a jet returned to the gate because a man wore his mask over his mouth and not his nose.