AN elderly woman is believed to have been infected with both the UK and South African Covid-19 variants, doctors in Austria have claimed.

The 80-year-old patient was admitted to a hospital in the Tyrol area and tested positive for Covid-19. 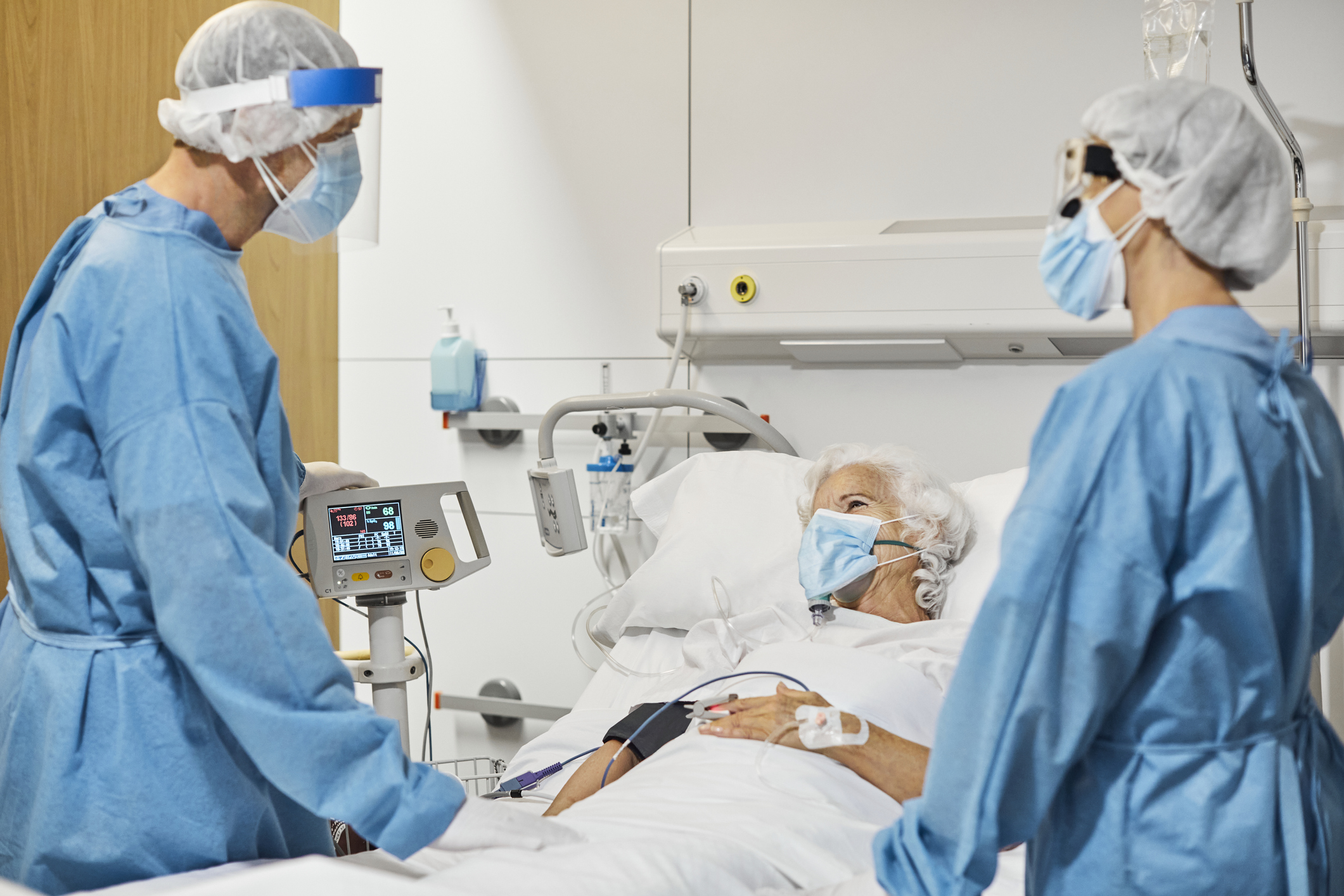 An elderly woman was admitted to hospital in Austria with Covid-19 and is believed to have contracted two variants at once (stock image)Credit: Getty

Local media reported that the woman had contracted both the UK strain of the virus as well as the South African strain.

Being 80-years-old, the woman would have been at the top of the priority list for vaccination – but it is not yet clear if she had been given a dose.

Austria has been giving out the AstraZeneca vaccines to its residents but a batch had been suspended for use earlier this month amid fears around blood clots.

Both regulators in the UK and Europe deemed the jab “safe and effective”.

Experts in Austria said the patient is “doing well under the circumstances” after being admitted last Saturday.

A spokesperson for the State of Tyrol said that in the last few days around 20 cases UK variant had occurred in the Schwaz district that could show further mutation characteristics.

These, he said, related particularly to the B.1.1.7 variant with the South African E484K variant.

Experts in Austria are reviewing the case.

Reports of a woman being infected with two variants of the virus come as health officials in India today revealed that a “double mutation” had been detected.

It is believed that the variant has two mutations – which is not unusual for coronaviruses.

Officials have said the mutation is not linked to a spike in cases in India.