A WIFE was left heartbroken after her husband tragically died from Covid after contracting the virus just TWO DAYS after beating cancer.

Kim Courtney, 61, said she was left “totally empty” after her husband Eugene, 63, sadly passed away three weeks after being diagnosed with coronavirus. 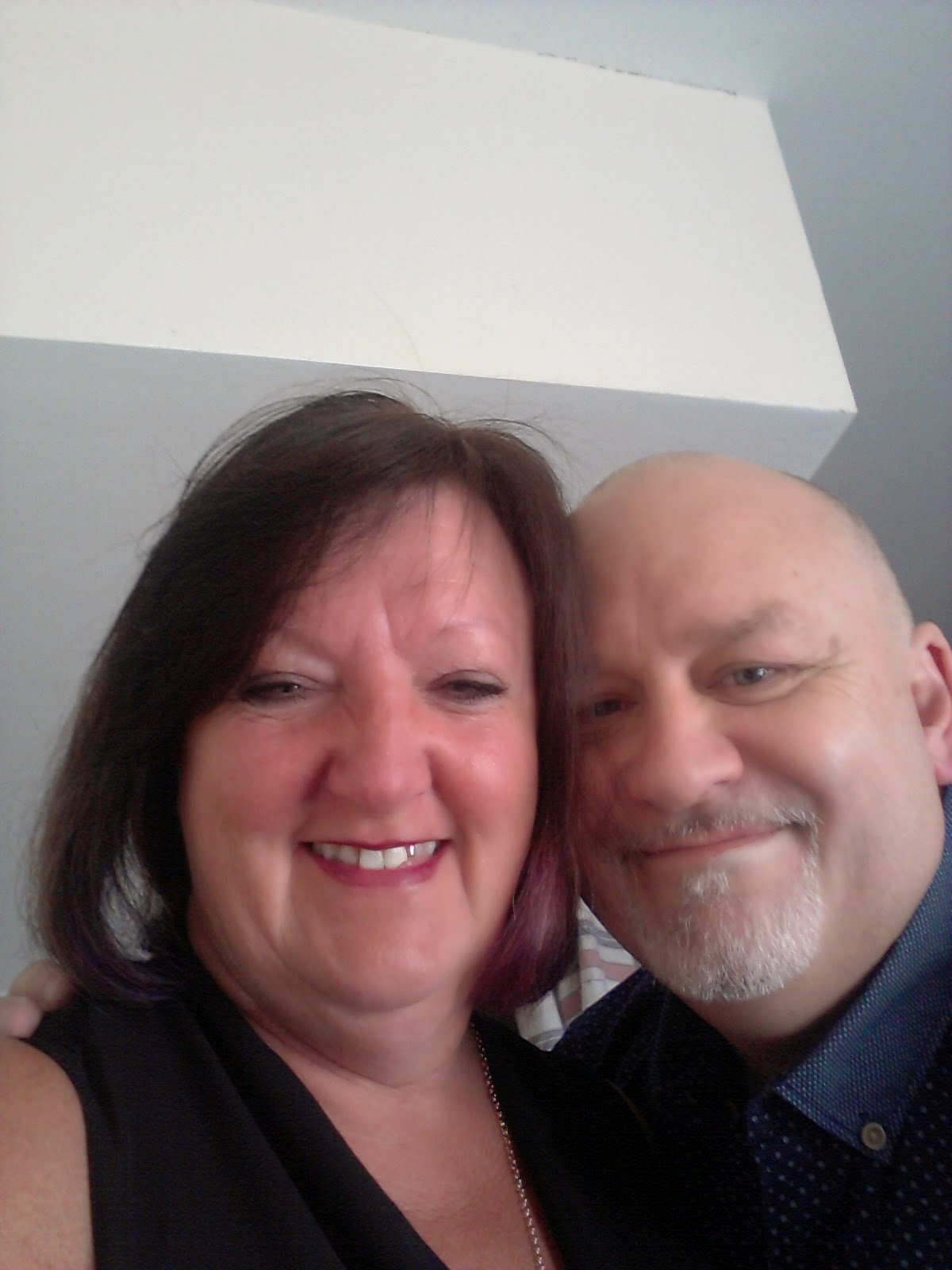 Kim Courtney has expressed her heartbreak at the death of her husband Credit: SWNS:South West News Service 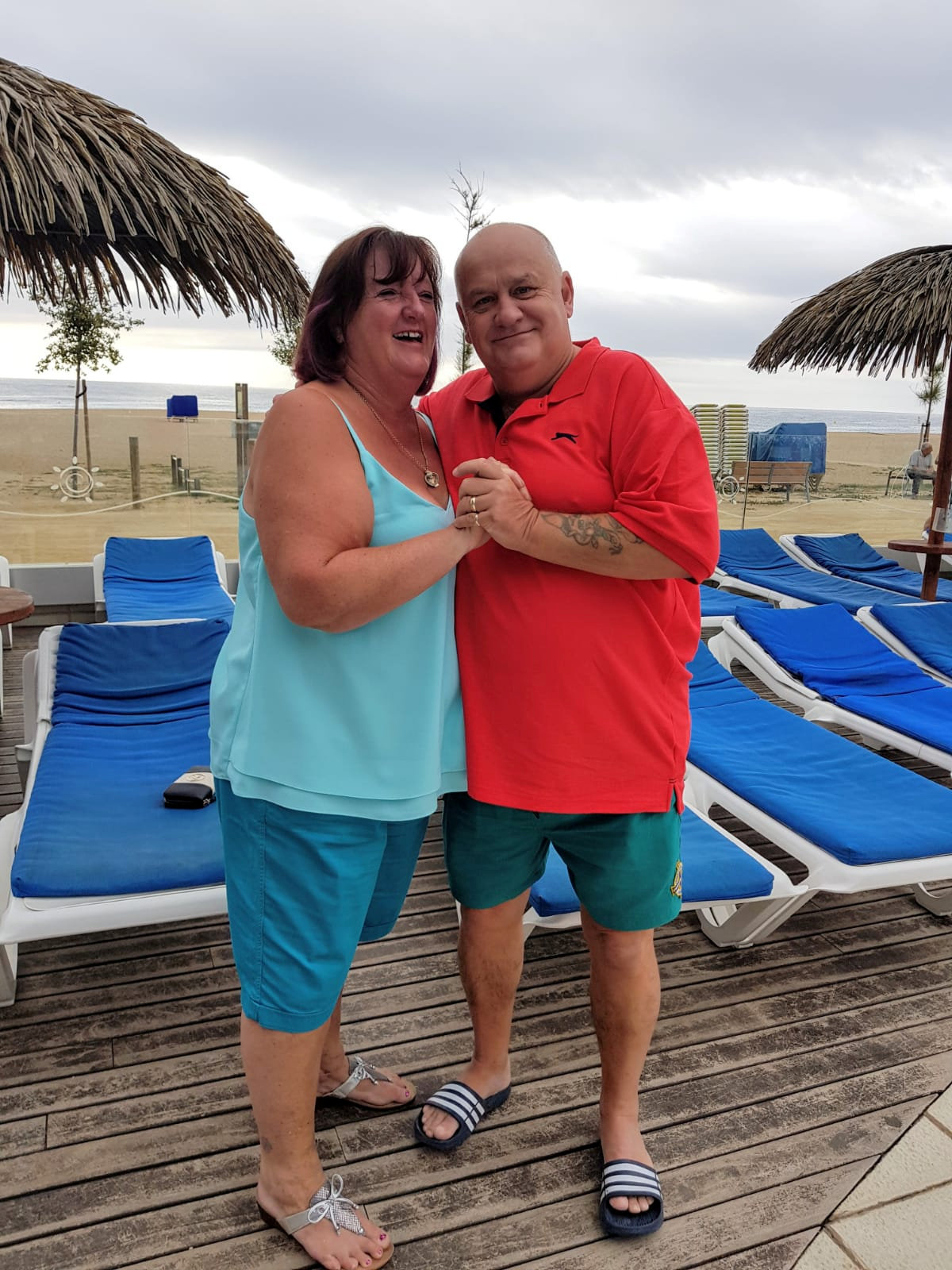 Eugene, 63, had beat prostate cancer at the beginning of the year – but was rushed to hospital with coronavirus days laterCredit: SWNS:South West News Service

The couple, who were married for 13 years, had celebrated Eugene beating prostate cancer on January 4 – but the great grandad suddenly fell terribly ill just two days later and was rushed to hospital by ambulance.

Doctors at Royal Lancaster Infirmary initially believed he had suffered from a heart attack but further tests revealed he had contracted coronavirus.

Just days later he was placed on a ventilator in an attempt to save his life as his condition deteriorated rapidly and he struggled to breathe on his own and his kidneys were failing.

Kim said she was left feeling “totally devastated” after hearing what would be her husband’s final words, “don’t worry wee woman, I love you”.

She said after he beat cancer they thought “nothing bad” could happen to them, as the worst had already passed.

But Eugene sadly passed away on January 25 after 18 days in hospital.

Kim was by his side in his final moments and held his hand for nearly two hours after he passed as she “didn’t want to let him go”.

She said: “When he got prostate cancer I thought that was the most devastating thing in the world, but he was so positive.

“He told me as long as we were together, we would be fine. I was his wee woman, and he was my wee man.

“When he beat the cancer I was so overjoyed, it was the best news I’d ever heard. I thought nothing bad could happen to us now.

“And then he was so ill. I’ve never seen anyone like that before. It was the most difficult thing I’ve ever had to go through.

“I kept telling myself he was going to make it but when I walked into the ICU for the first time and I saw all the patients I was terrified.

“I told him he’d always be my wee man and I would always be his wee woman, and thanked him for everything he’d done.

“I held his hand for nearly two hours after he died, I didn’t want to let him go.

“I will spend my entire life missing him.”

Eugene was diagnosed with prostate cancer in April 2020, but had kept spirits up and told Kim as long as they were together they could “fight anything head on”.

While he was going through radiotherapy treatment at Royal Preston Hospital, they had made an offer on a bungalow where they planned to retire and live out their “golden years”.

They had also planned to buy a motorhome and wanted to travel around Europe together during the warm summer months.

The grandmother-of-ten said: “When you get bad news like that, you just try to forget. I remember one day he just held me and started crying.

“But he put on a brave face and said he was going to beat it. He told me he would have at least 20 of our best years still together.

“He got prostate cancer but said I shouldn’t worry and that as long as we were together, we’d fight anything head on.

“He was going through treatment and said we would get through it all and we’d plan the rest of our lives.

“We’d get a motorhome and travel around the country.

“We made a bid on a bungalow. We were going to move into this new house.

“He said he wanted to just plan our future and live the rest of our lives together.

“I’m so hurt for him because he worked so hard all his life, and he had all these plans. He’d beaten the cancer, we had so much to look forward to.

“He worked his whole life, and we were just preparing for the next stage of our lives. Our golden years.

“To have it all whipped away. He deserved so much more.

“Now all I’m left to plan is his funeral.”

The couple met on Valentine’s Day in 2004 when Eugene surprised Kim at the Shell garage where she worked as a cashier with flowers, a teddy bear and some sparkly shoes.

Taxi driver Eugene would see Kim every so often but his advances were unsuccessful until November that year when they shared a kiss on a night out.

They married in 2008 which Kim said was the “happiest day” of her life.

She said: “He was the kindest, most lovely soul in the world. The love of my life.

“Marrying him was the happiest day of my life.

“He was generous, and never thought about himself and only ever about what I wanted and what he thought would make me happy.

“I still expect him to walk through the doors each day, I don’t know what life is without him.”

Eugene, who is originally from Belfast, Northern Ireland, is survived by six children, 14 grandchildren and two great-grandchildren. 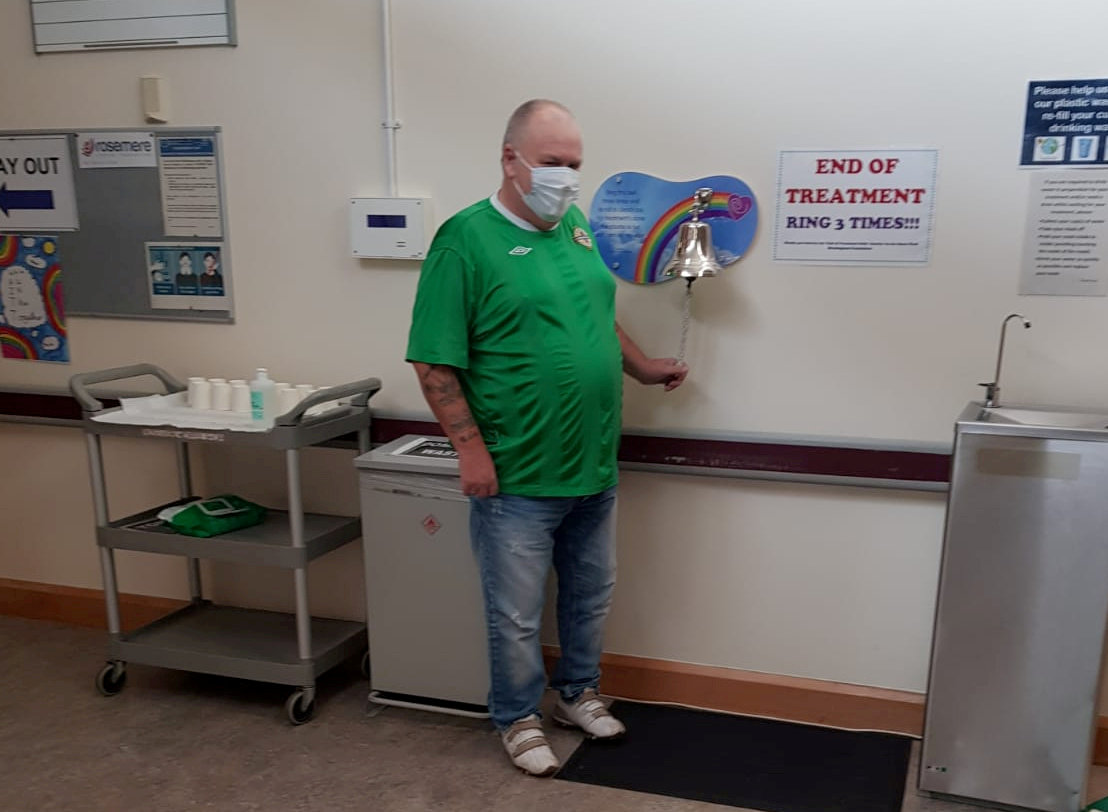 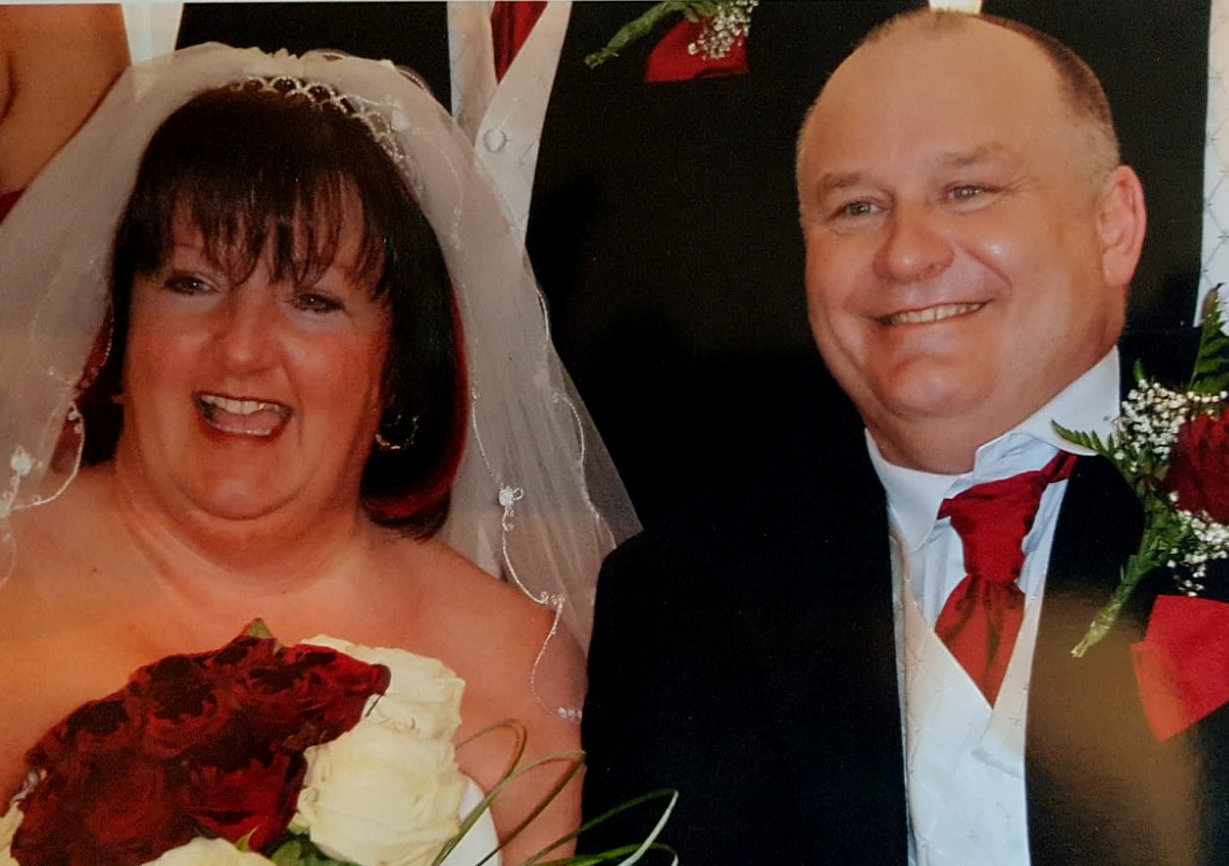 The couple met on Valentine’s Day in 2004 and had been married for 13 yearsCredit: SWNS:South West News Service 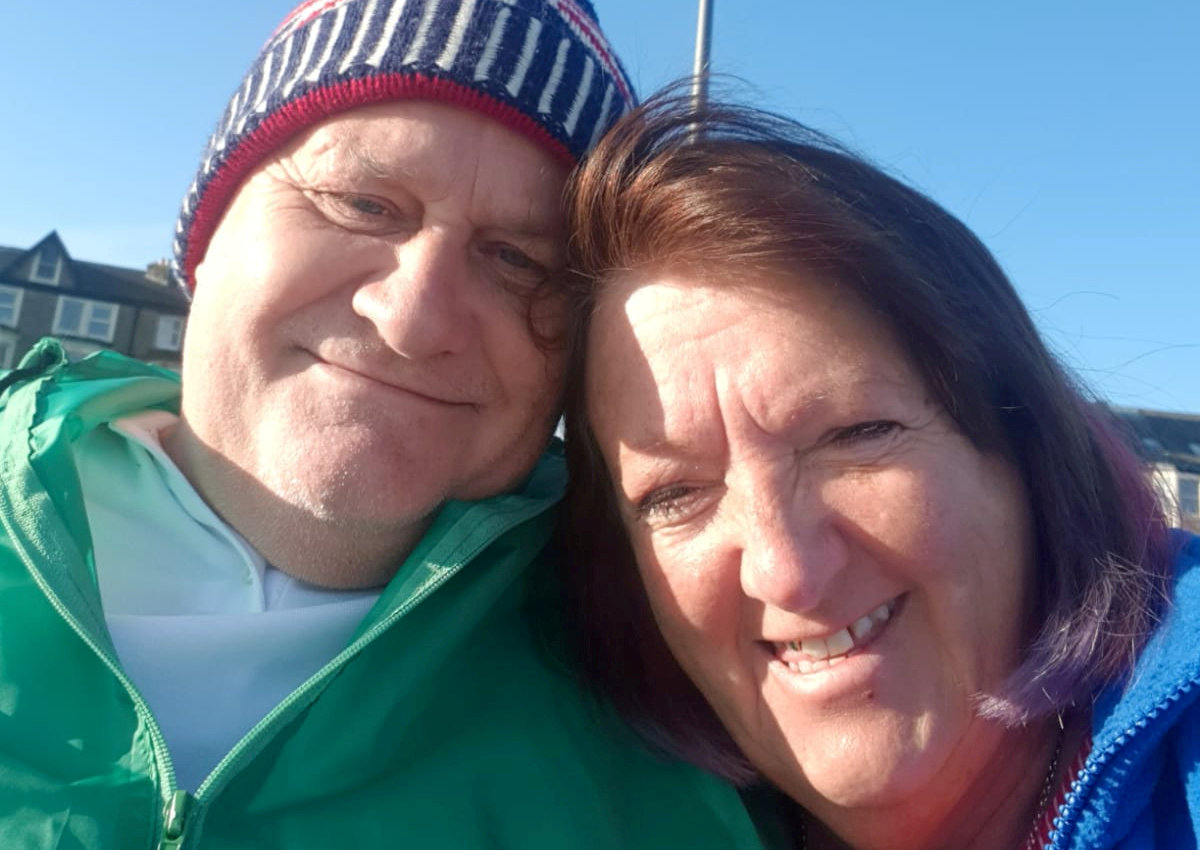 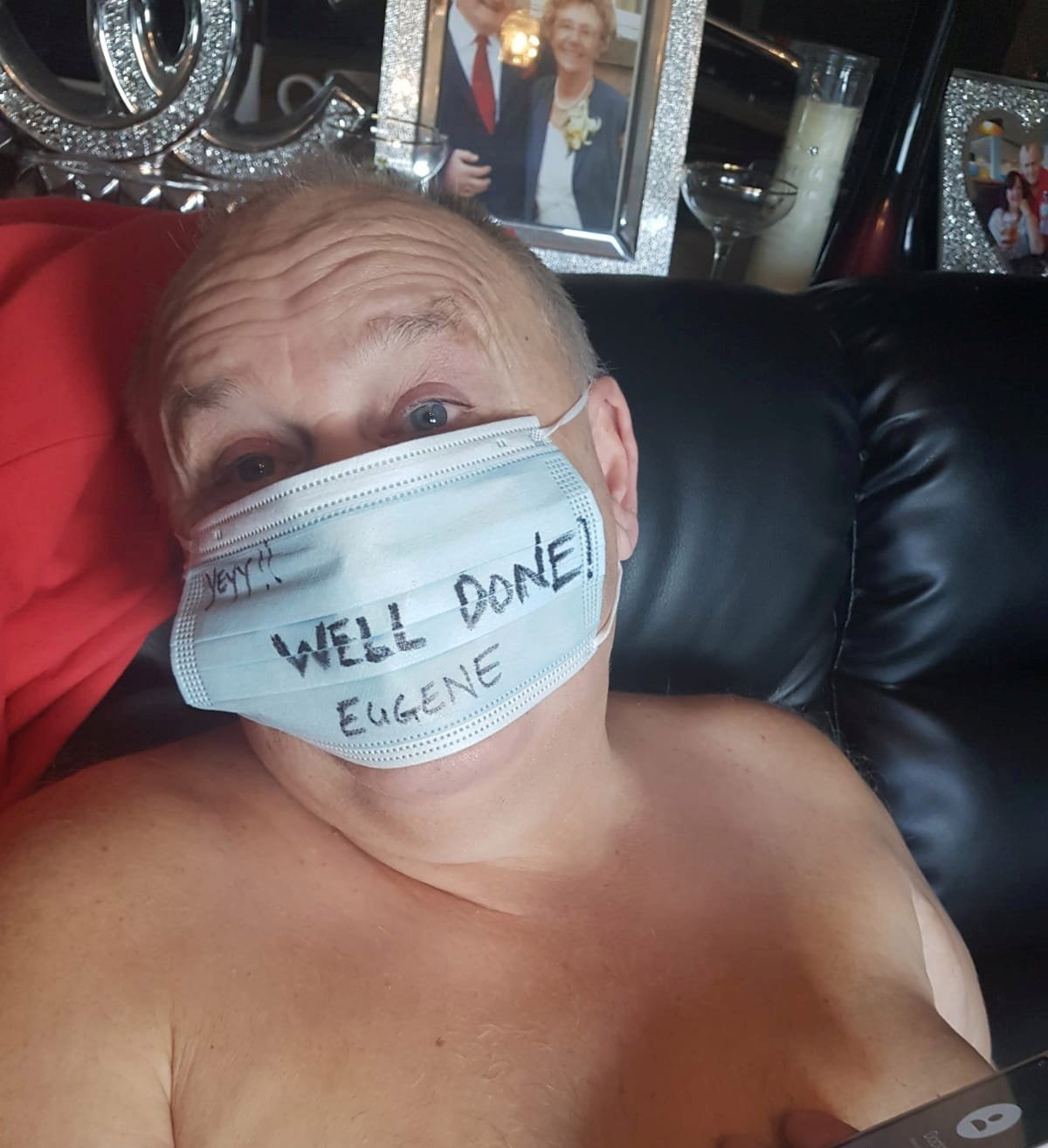 Kim was by his side in his final moments and held his hand for nearly two hours after he passedCredit: SWNS:South West News Service

LeBron James Speaks Out After ‘Courtside Karen’ Ejected for Heckling

Dancing on Ice: Graham Bell had biggest strop in show history after axe