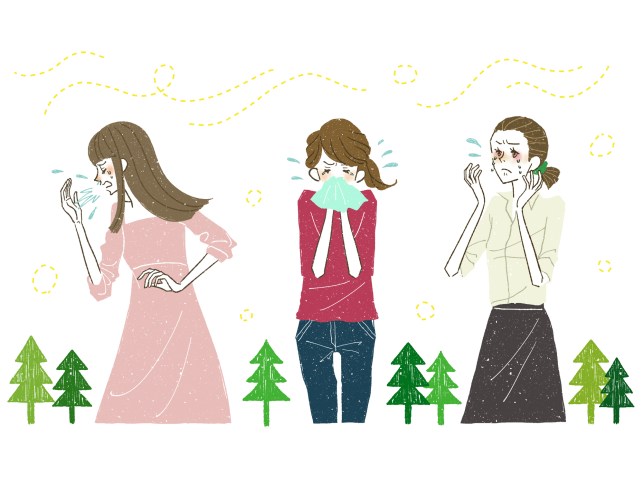 Be warned, hay fever could be much worse this year (Picture: Getty Images/iStockphoto)

After a year spent mostly indoors, getting outside as restrictions start to ease is pretty exciting.

But for those with hay fever, sitting in a park with their rule of six group can cause a lot of problems.

Now, doctors are warning that a year of lockdown could make symptoms much worse this year, and more people who have never had hay fever could start to notice signs.

With hay fever season running from around March until late September, it’s time to stock up on antihistamines.

Dr Chris Rutkowski, Consultant Allergist at The Harley Street Clinic, part of HCA Healthcare UK explains: ‘Hay fever (allergic rhinitis) is one of the most common allergies in the UK, affecting around 13 million Brits.

‘Hay fever starts early in the year if it is due to tree pollen allergy (February to May) or in summer in patients allergic to grass pollen. It can be present all year round if you are allergic to house dust mites or pets.’

The impact of lockdown

Being indoors means that we have been exposed to lower levels of pollen over the last year and now as we all prepare to spend more time outside, it may come as a bit of a shock for our bodies.

Dr Chun Tang, a private GP at Pall Mall Medical explains: ‘Hay fever occurs when an individual is allergic to pollen. Pollen is found in the air all year round, but the pollen count is much higher in the warmer months, which is why this time of year is dubbed ‘hay fever season’.

‘With lockdown restrictions and the stay at home message, Brits have typically spent more time inside than ever before. However, as restrictions begin to ease and we start to spend more time outdoors, those who suffer from hay fever may feel heightened symptoms this season than in previous years.

‘This is because, to those who suffer from hay fever, pollen is an allergen and the more we are exposed to an allergen, the more we build up a certain level of immunity. As we have spent much more time indoors and away from pollen, the immunity may have decreased.

‘As a result of this, hay fever suffers may have a more severe reaction to pollen this year than in normal hay fever seasons, pre-pandemic.’

Dr Rutkowski adds that it’s not just a problem for people who have previously had hay fever, but could also mean more people develop it for the first time.

He explains: ‘The past year has meant most people have spent more time indoors than ever before. This could have an impact on existing hay fever suffers as well as those who may have never suffered from hay fever before.

‘Additionally, as people begin spending more time outdoors, many might discover that they have developed hay fever. People can develop this condition at any age, not just when they are a child or young adult. In fact, around one in five people develop their first symptoms over the age of 20.’

Make sure it’s not Covid

If you do start feeling a little under the weather, it’s important to assess whether your symptoms are more typical of something like hay fever of whether they could be related to coronavirus.

Dr Rutkowski says: ‘The main symptoms of coronavirus are a high temperature, new continuous cough or loss of smell or taste. People may also feel quite unwell.

‘Some symptoms of coronavirus and hay fever overlap but hay fever doesn’t cause fever and most sufferers don’t feel unwell. A blocked nose in hay fever may affect your smell or taste. However, loss of taste or smell due to COVID-19 isn’t usually because of a blocked nose.

‘Many patients are concerned about using hay fever medication during the COVID pandemic. Antihistamine tablets/eyedrops and nasal steroid sprays do not lower your body’s immune response and be used. However, steroid tablets and injections can affect your immunity.’

How to manage hay fever

If you are struggling with hay fever throughout the spring and summer months, there are some things you can do to try to help manage the symptoms.

Dr Rutkowski adds: ‘Please speak to your GP or an allergy specialist to confirm whether you have hay fever or not.

‘Once you have a diagnosis, there are various treatments – both over the counter and prescribed – that can help reduce and manage symptoms. These include nasal steroid sprays, antihistamines tablets and eyedrops designed to treat the inflammation and irritation caused by hay fever.

‘‘Old style’ antihistamines such as chlorphenamine or hydroxyzine should not be used as they can make you very tired. If standard treatment fails, an allergist can recommend a course of desensitisation (immunotherapy) to try to make your hay fever ‘go away’.’

The simplest way to manage symptoms is to avoid going outdoors as much, but after the last year, that might not be what you want

Dr Tang says: ‘Though there is no treatment for hay fever, there are different ways to manage your symptoms.

‘Reducing the amount of time spent outdoors will decrease the amount of pollen the body is exposed to so will naturally alleviate your symptoms. Or if you do wish to enjoy the warmer months outdoors, try avoiding sitting directly on grass or beside large plant areas and flowers, as this is where the pollen count is at its highest.

‘There are also different medications that can be taken to reduce your symptoms, such as antihistamines which can often be purchased over the counter in your local pharmacy without requiring a GP appointment.

‘If over the counter medication does not help your hay fever, we would always recommend seeing your GP who can help to decide the next best steps for you. These steps may include stronger medication, steroids of immunotherapy treatment.’

For people who have particularly severe hay fever Dr Rutkowski has some extra advice for what you can do in addition to medication.