THE World Health Organisation’s conclusion into the origins of the coronavirus pandemic was reportedly reached via a show of hands among a panel of experts – which included Chinese officials.

The shock claim comes after the international team was accused of a “whitewash” by declaring it likely Covid did NOT originate at the Wuhan wet market or come from a leak from a state-run virology lab in the city. 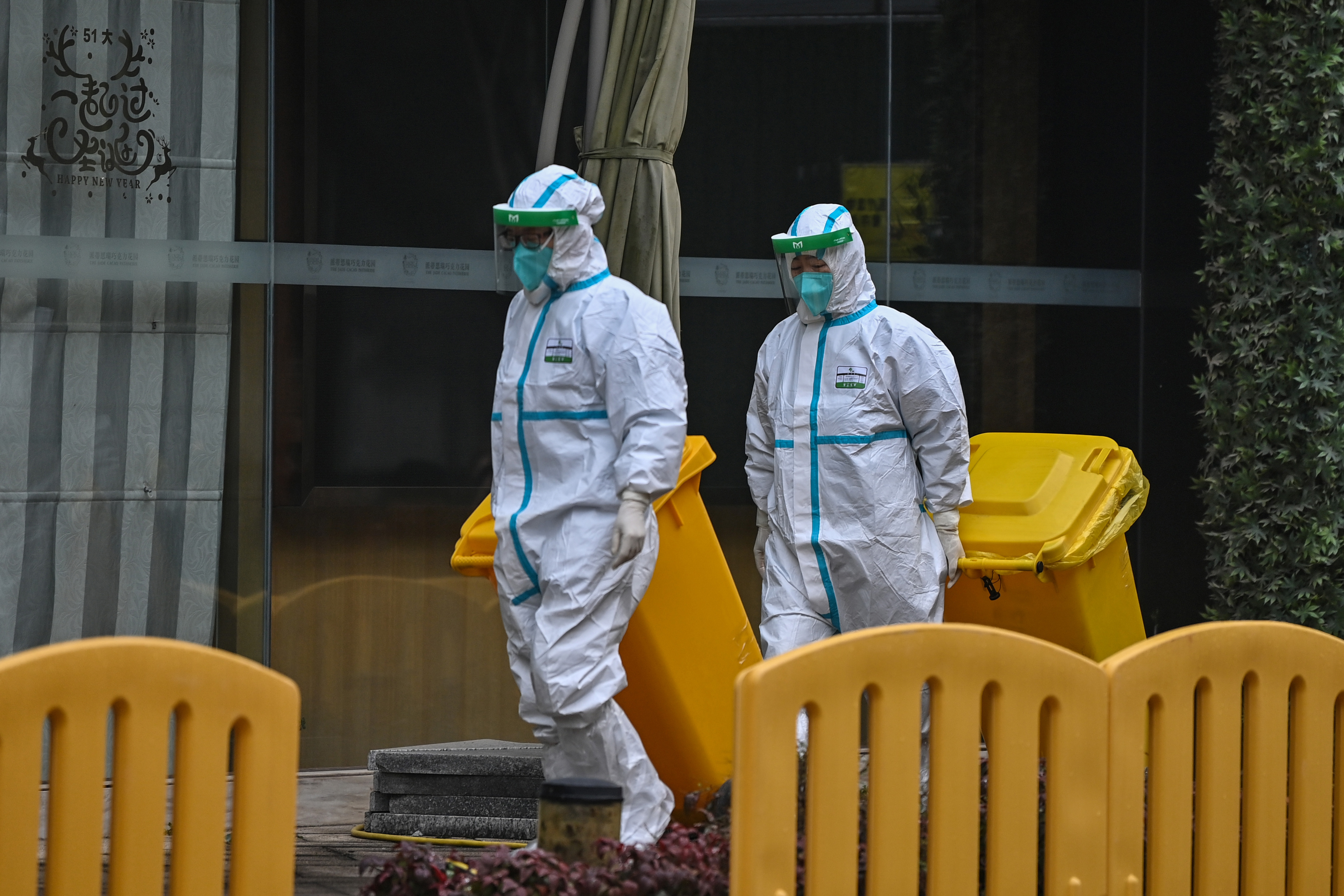 World Health Organisation experts headed to Wuhan to try and determine the origins of the pandemicCredit: AFP

New details of the WHO team’s four-week joint study have been revealed in a thorough Wall Street Journal investigation published in the States.

It highlights the extent of the control the Chinese authorities exerted over the investigation and questions the reliability of its findings ahead of the final report expected to be published sometime next week.

The news report is said to be based on interviews with members of the international team, WHO staff, government officials, diplomats and scientific experts.

It accuses the Chinese Communist Party of “stage managing” the WHO probe including securing veto rights over those who were allowed to take part and give evidence.

“It soon became evident to foreign officials and scientists tracking the mission that the team’s itinerary was partly designed to bolster China’s official narrative that the government moved swiftly to control the virus,” the newspaper wrote.

“The team’s first visit was to a hospital where they met a doctor Beijing feted as the first to raise alarms through official channels about an outbreak of unknown pneumonia.

“The next day, after another hospital visit, the team went to an exhibition commemorating Chinese authorities’ early ‘decisive victory in the battle’ against the virus, paying tribute to President Xi’s leadership.”

In February, The Sun Online reported how one of the investigator claimed China refused to hand over raw data about the country’s first cases to the WHO team probing how the pandemic began.

The investigator said the country’s failure to pass on the information had likely complicated efforts to understand how the outbreak began.

The WHO team requested raw patient data on 174 cases that China had identified early on in the outbreak, in the city of Wuhan in December 2019.

But Australian infectious diseases expert Dominic Dwyer said the request, along with requests for other cases, were not fulfilled and his team was only provided with a summary.

Members of the international 13-strong WHO delegation also told the WSJ that it became clear their Chinese counterparts would only be sharing their analysis and not their raw data.

The Chinese experts said they had analysed 76,000 medical records from Wuhan pinpointing 92 hospitalised patients from October, November and December 2019 whose symptoms suggested they may have had the virus.

However, China said it had retested those patients for COVID-19 Antibodies, and all came up negative. 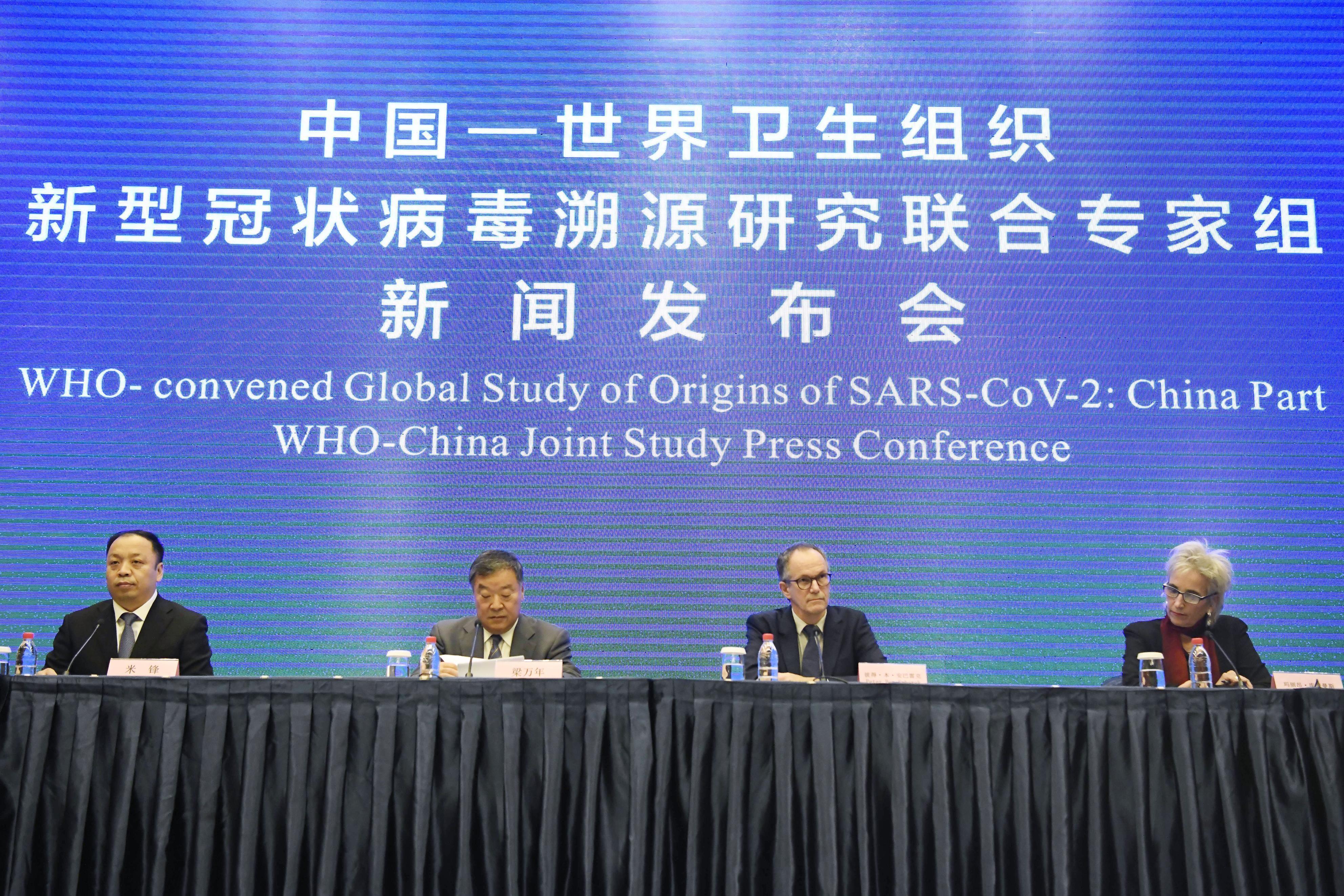 Members of the WHO revealed some of their findings at a press conference on Feb 9Credit: Getty 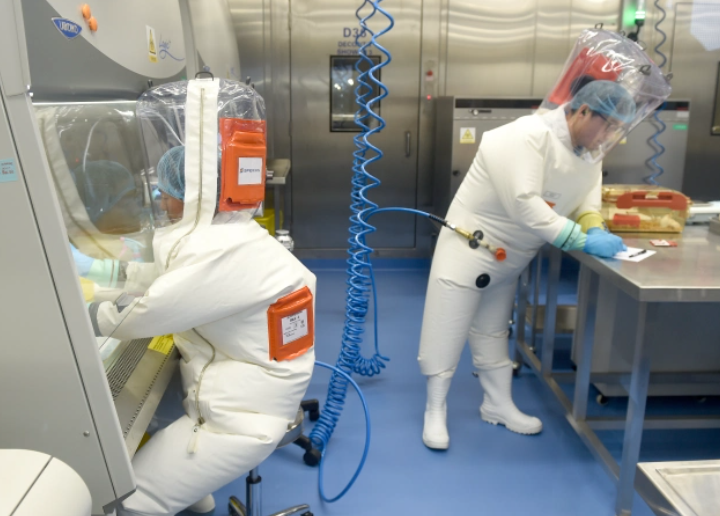 Researchers work in a lab of Wuhan Institute of Virology (WIV) in Wuhan, Hubei provinceCredit: epa

On February 8, it’s reported the WHO team then sat in a row inside a hotel conference room while directly facing their Chinese counterparts.

The assembled experts then reportedly organised a show of hands to rank each of the four main hypotheses – direct animal-to-human transmission, transmission via an intermediate animal, a lab leak, or via imported frozen food products – on a scale from “extremely unlikely” to “very likely”.

The frozen food hypothesis – heavily pushed by the Chinese state – was ranked the second most likely scenario.

The decision to rank the lab leak theory “extremely unlikely” was unanimous, according to team members.

Dr Peter Ben Embarek announced the team’s findings at a press conference the very next day.

WHO’s findings appeared to largely back Communist Party protestations that the virus may have originated from outside of its borders and its repeated denials of a lab accident.

It is a move which will only fuel allegations of “China-centric” bias by WHO which have been fiercely lobbied by the US.

And despite offering further explanations, the WHO team admitted they have failed to identify the original source of the Covid outbreak.

Tobias Ellwood MP, chair of Defence committee, told The Sun Online at the time: “This is a complete whitewash.

In the aftermath of the initial outbreak, Beijing officials tried to cover up the rapidly rising number of deaths in Hubei Province by silencing anyone who tried to warn about the deadly virus.

Wuhan doctor Li Wenliang blew the whistle on the mysterious new coronavirus in December 2019 and died in February 2020 after contracting the virus from a patient.