One evening in July 2011, I was at a bar on a date enjoying a few craft ales and trying to impress the girl sitting opposite.

As she began talking about her trip to Thailand, I felt the sensation of a thick nail being hammered through the middle of my penis.

The only similar pain I’d experience was kidney stones, which I’d had several years earlier. I thought this was either a severe case of dehydration or an STI. In any case, I hoped it would be gone by morning.

For the next hour, I scurried back and forth to the toilet needing to pee. Each time I gave a different excuse as to why I had to leave the table.

I cut short the night and power walked home, peeing in alleyways and car parks like a drunken Fresher. The agony, along with the urgency, would ease for two minutes after each piss then return just as strong.

Almost 10 years later, this is still something I live with every day. And though it is an extremely common male health issue, there is a dearth of content detailing the reality of living with it.

In my bedroom on that first night, I wept on my mattress and Googled ‘home remedies for pain in the penis’. As for what was wrong, the only search result I felt was relevant was some sort of urinary infection, other than it was a total guess between cancer and bladder stones.

I found something on a website like WebMD called sitz bath therapy, which involves submerging the buttocks and hips in water as hot as possible. The idea is to boost blood flow, help inflammation and speed the healing process.

For four days and four nights I tried the scalding sitz baths, soaking at least three times each day. After each one, I’d collapse on my bed with some minor relief, wondering what I’d been hit with.

The pain would randomly shift from static nail to a corkscrew being scraped down the urethra. I wasn’t hopeful my body was repairing itself and the total unpredictability of the pain only added to my panic.

When I finally made it to a GP a week after the onset of symptoms, I was tested for an STI. The results were negative but I was still given prescription after prescription. The GP had no clue and guessed at non-specific urethritis – inflammation of the urethra from an unknown cause.

In my attic bedroom, I became reliant on painkillers. So much so that I ended up in A&E with severe kidney pain after taking too many anti-inflammatories.

A few weeks later I was in a clinic on London’s Harley Street for my first urologist appointment after my father suggested a private consultant.

The doctor treated me to the infamous digital rectal examination. For 10 seconds, he rummaged around with the pad of his finger and found my prostate to be ‘non-tender’ and ‘unremarkable’. Those two terms indicate no swelling and should be heard with relief but, for me, that didn’t offer any answers.

We moved onto a weightlifting session I’d done the morning the pain started. He told me that the army crews responsible for tank tread maintenance are susceptible to prostatitis – a very broad term for swelling and inflammation of, or around, the prostate gland. The doctor said that intense squatting can put pressure on the prostate causing it to become inflamed or infected. 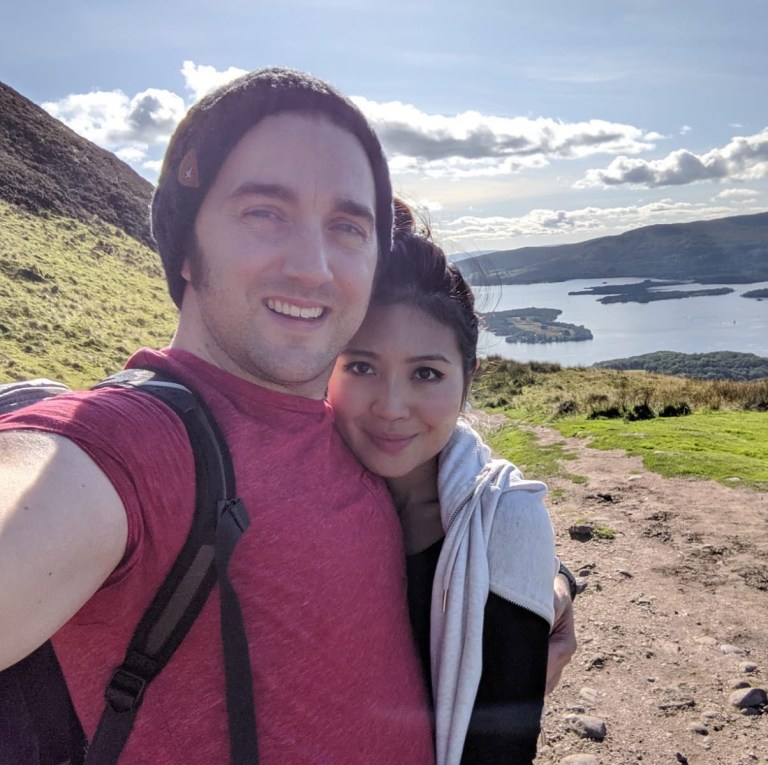 The result can be devastating (Picture: Simon Smith)

It was all so random, so inexplicable and so… non-specific. In any case, the urologist’s view was that my symptoms strongly suggested some type of prostatitis.

At the time I didn’t know just how chronic the condition could be, and certainly didn’t consider I may still have it 10 years later.

By process of elimination, I probably had type three, CPPS, which represents more than 90% of all cases of prostatitis. There’s no known cause or clinically proven treatments. In general, prostatitis can affect men from the age of 18 but most commonly men between the ages of 30 and 50.

Though prostatitis accounts for a quarter of all urology consultations in Britain, it is a complicated and thus poorly understood condition.

Basically, because of a combination of stress, strain and/or infection, the pelvis and/or prostate becomes inflamed. The result can be devastating.

Here is a snapshot of only some of the symptoms: pain in the perineum, pain in the lower abdomen, pain in the penis (especially the tip), and the testicles, pain and burning during ejaculation, premature ejaculation, erectile dysfunction, urinary frequency or urgency, and pain when urinating and blood in semen. This is what I’ve learnt through my own research after my diagnosis.

My urologist advised that an over-the-counter mixture of potassium citrate might help because it supposedly alkalinizes the urine reducing irritation in the urinary tract. It is often suggested for those struggling with cystitis.

He wrote a prescription for ‘the three As’ – the non-steroidal anti-inflammatory Voltarol, the alpha-blocker Flomaxtra and a three-week course of the antibiotic Ciprofloxacin.

Again, the medication made no difference apart from having dry orgasms, ‘retrograde orgasms’, courtesy of Flomaxtra. This occurs when semen enters the bladder instead of leaving via the penis so it’s then passed with the next urination.

Other than that effect, Flomaxtra made no noticeable changes. I wish my urologist had told me this could happen but I didn’t stop taking the medication.

He also recommended ‘double voiding’, which is the process of waiting a few more minutes after you’ve peed to see if there’s more to come. I found that this does help by giving your bladder another chance to expel more water.

Since then I’ve seen specialists on and off over the years, from gastroenterologists to reflexologists with no major progress. There is no known cure and sufferers aim for management rather than total healing.

Now I’m 32 years old, live by myself, and have a flexible daily routine. My coping strategies for prostatitis have had time to evolve and refine. I used to worry about a future of agonising long-haul flights, stop-start sex with future girlfriends and constantly interrupted road trips.

I don’t worry at all about these scenarios anymore. Anyone with a chronic health condition knows the best policy is openness and being frank when a potentially uncomfortable situation presents itself.

My ability to deal with prostatitis is the result of trial and error. I’ve discovered what aggravates and what eases my bespoke set of symptoms.

The most important discoveries came in the form of diet. Rapeseed oil, for example, is a major trigger.

I still have the urge to pee every 10 minutes. The cause will forever be a mystery as to whether or not it’s tension, a genuine urge or an unknown trigger.

In 2016 I wrote a story for The Spectator magazine titled My Condition Affects Half Of All Men And Is More Horrible Than You Can Imagine. The idea was that sharing my experience would help any men suffering in silence.

Every week since then – and increasingly – a guy from a different country emails to tell me that article helped them deal with their pain. They mention the frustration at not being able to communicate exactly what they’re going through.

Six months ago, fuelled by another monthly email, I decided to set up a YouTube channel dedicated to raising awareness about health conditions.

The support has been very strong yet very anonymous. There’s a lot of shame, embarrassment and demasculinization around prostatitis. Men get in touch to share and confess – perhaps as an attempt at catharsis or empathy.

I also receive a lot of emails of just sheer venting, from the casual to a full-blown suicide letter. The emails encourage me that my work offers some form of comfort or outlet for those suffering and unheard.

I am confident most men reading this will have experienced a version of prostatitis.

When I interviewed consultant urological surgeon Professor Richard Hindley he said: ‘The prevalence of prostatitis is huge. The literature says 3-9%. For me, as a urologist, I almost wonder if all men have an element of prostatitis but it’s often subclinical. Symptoms are so mild that you dismiss them and describe them as something else and they are so fleeting. But in others, they are far more severe.’

Spurred on by my experience, my aim is to bring awareness to a range of health conditions and to give a voice to those that need a platform for engagement and exposure.

For myself, I hope I can continue to control my prostatitis so it doesn’t control me; to keep the symptoms tolerable indefinitely.

More men need to speak openly and fully about what they’re going through, to their friends, family and employers. Only then will understanding and support come from the medical professionals and the public.

How Do We Innovate in a World of Slowing Growth?