While my friend spent her 18th birthday drunk under a table in Wetherspoons, I was in hospital for mine – having been sectioned under the Mental Health Act two months earlier.

I had the better venue.

On 5 August 2002, a doctor told me I’d be taken to a psychiatric hospital. I had no choice in the matter.

By this point, I’d felt as though any agency or autonomy I’d had in my life had gotten further away from me the more adulthood drew closer.

My GP also said I was a month away from dying of anorexia. The earnest way he explained this suggested he thought I was unaware of the situation. In a state of numbness I remember assessing: ‘Yep, seems about right’.

My earliest memory of struggling with my mental health was around the age of seven. Around that time, I exhibited symptoms of Obsessive Compulsive Disorder (OCD), depression, anxiety and I gained weight very fast.

This meant that by the time I was 10, I was spending every school holiday being weighed and measured and told I had to lose weight.

My relationship with food was more than just emotional, it was my escapism from thoughts and feelings I just couldn’t handle. But those underlying mental illnesses went undiagnosed until aged 14 – after another few years struggling to manage my emotions and finding new ways to do so using and abusing my body in various ways – when I was diagnosed with anorexia.

My first hospital admission for anorexia was when I was 15 and it was voluntary. But honestly I’d not wanted to go and didn’t want to get better. I entered into that treatment predestined to relapse.

I’m not going to tell you details about my anorexic behaviour, nor any hints or tips or numbers on the scales or on my clothing at the time. 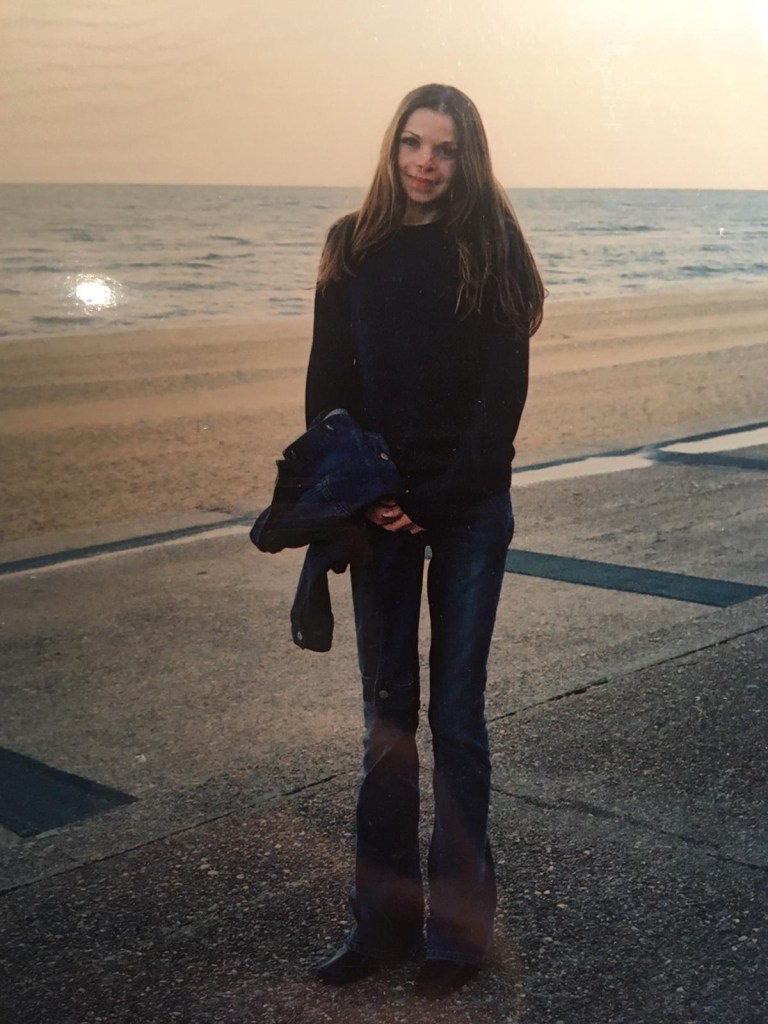 My family had been trying desperately to get me all the treatment they could. But for them, it was hard.

I’m sure my parents just wanted their daughter so full of potential back and not this shadow of her. But I was very ill at the time and very much hidden in darkness.

At the time of being sectioned, my anorexic behaviour didn’t feel insane. Anorexia seemed the solution to the insanity of the world; life experiences, societal messages of diet culture, intolerable emotional pain – all fed into (pun intended) this illness helping me cope.

Obviously I was a month away from dying; I didn’t want to live.

The classic image of a lunatic being committed might be some crazed half-human resisting efforts of men in white coats. But I didn’t resist.

There were no men in white coats that night, just a paramedic leading me into an ambulance. I felt like a horse led by the reins into a horse box destined for a glue factory.

Anorexia often lies to you and tells you you’ve superhuman strength.

But that night, as invincible as I felt, even I knew resistance was futile. Detached, isolated, alone, I looked up and imagined myself suspended in the night sky looking down on the darkness I’d lost myself within.

I spent three months in that hospital and had two rooms during that time.

In the first, the only windows were so high I couldn’t see out of them. There was a bed, plus a bedside table, wardrobe and a small desk. 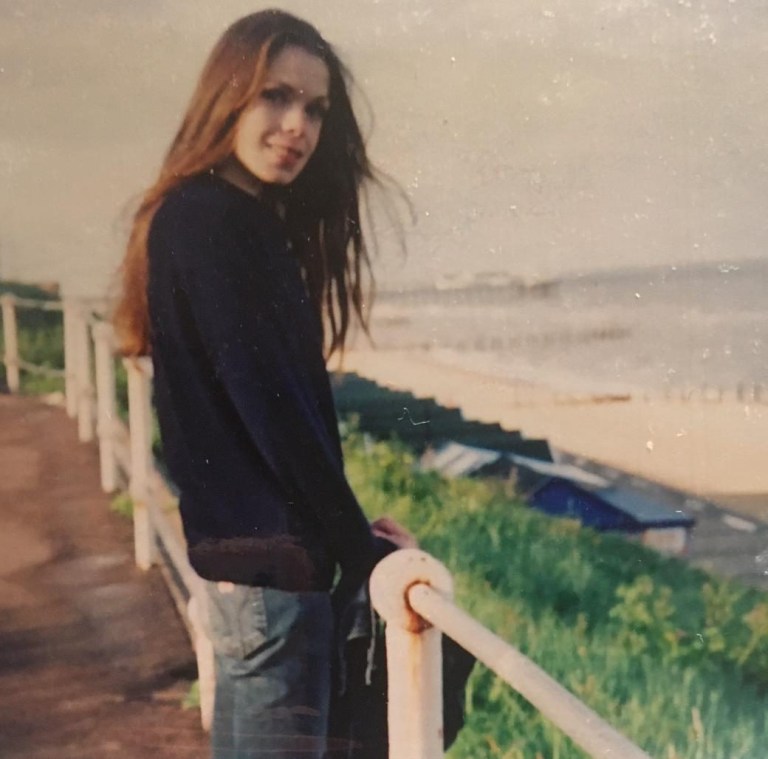 Just because a person is considered insane doesn’t mean they’re not a person (Picture: Juliette Burton)

There was also a basic ensuite bathroom only six feet from my bed, but I was transported in a wheelchair and the door was always left ajar.

Both of these measures weren’t fully explained to me at the time but I now realise the wheelchair was probably to conserve all the energy possible and the bathroom door being left open was also since I was so very close to death my heart may give out at any point.

They confiscated my tweezers, nail scissors, headphones and shoelaces. I suspect in a psychiatric unit they’re probably always on the look out for potential ways people could end their life.

In that first room in this particular ward, there was also The Chair permanently positioned by the always-open bedroom door from which I was observed 24 hours a day by an ever-changing line up of nurses. Some were chatty, some intimidatingly silent, like unresponsive sentinels or guards at Buckingham Palace.

By the time I was in my second more comfortable room about three weeks since first being admitted, the stress of having my freedom taken away meant that I couldn’t enjoy having lovely big windows looking into the gardens and no longer having 24 hour observation.

Because the stress coupled with low body weight meant I had a psychosis; audible and visual hallucinations. It’s the kind of experience people have at Glastonbury. I just did it without being sold a pill for £20 that turns out to be a vitamin C.

To clarify, my hallucinations were less daydreaming trippy and more nightmarish horror movie.

I recovered my faculties (thanks to antipsychotic medication) just in time for my 18th birthday. A birthday card sent to the hospital read: ‘It’s your birthday! Let’s go crazy!’ Oh, I’ve got that covered.

But just because a person is considered insane doesn’t mean they’re not a person. 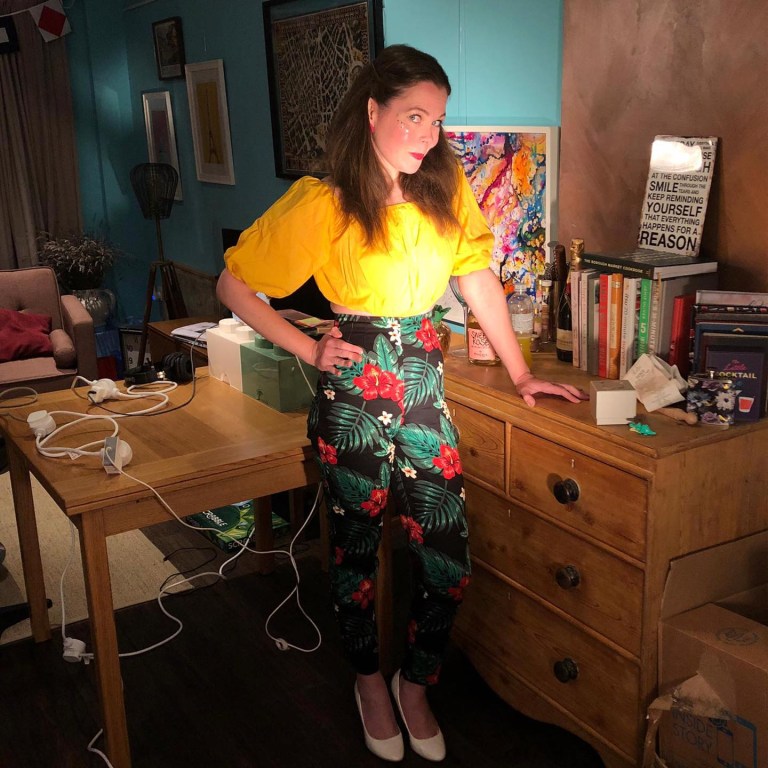 Change in attitudes towards mental illness is long overdue as well as change to legislation. In January this year the Government proposed a reform of the Mental Health Act to mean patients have greater choice and autonomy and ensuring the act’s powers are used in a less restrictive way and that patients are viewed and treated as individuals.

This is a great step forward, however I hope it is not just performative.

Being sectioned wasn’t fun, I’ll grant you. But it wasn’t tragic. There was hope. I could’ve died. I didn’t. My story could’ve been over. It wasn’t. In many ways this was just the beginning.

It certainly marked the beginning of me wanting to get better. It also officially marked my transition into adulthood.

Although I think the older I now get, the more I’m learning from that younger me; her behaviours, her actions.

Mental illness doesn’t define who I am; I am who I am because of and in spite of it. Being sectioned saved my life and bettered it.

But mental illness has made me empathetic; empowered to take responsibility for my thoughts, feelings and recovery journey; constantly seeking joy and fun to make life worth living.

The seriousness of my past gifted me a passion for a future of liberation and laughter not just for me but others.

It’s been over 18 years since I was detained. On the 10th anniversary of the day I was committed, I stood on stage at the Edinburgh Fringe Festival and said publicly for the first time that I’d been sectioned and that was why we were raising money for the mental health charity Mind in that show. 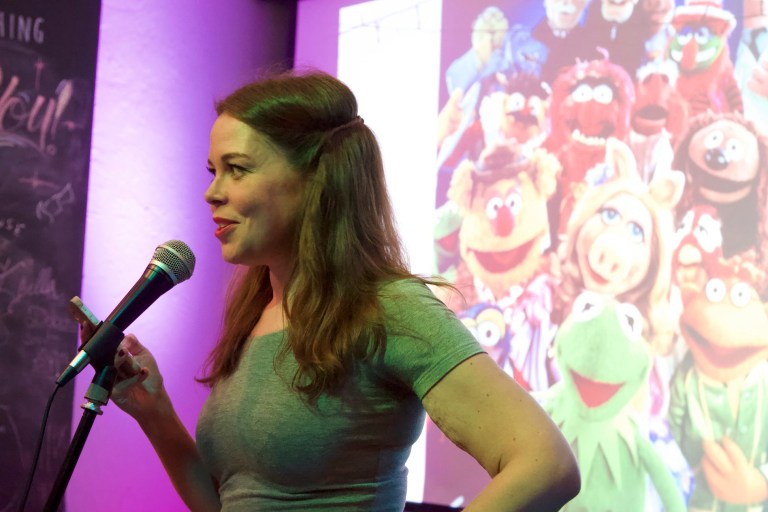 I was terrified, but audience reactions were so overwhelmingly positive that I continued to be more and more open in my shows about my mental health history while maintaining healthy boundaries.

Comedy is a wonderful way to break tension, and believe me there’s still a lot of tension when it comes to talking openly about mental health.

I’m now committed (pun fully intended) to making audiences laugh, challenging inequality, galvanising others to fight the stigma preventing us all from being truly authentic.

I’ve now been diagnosed with underlying anxiety disorder, bipolar disorder, body dysmorphia, bulimia, complex-post traumatic stress disorder, compulsive overeating disorder, depression, OCD (which is why this list is alphabetical) and separation anxiety disorder – which is why my comedy shows sometimes overrun. I never can say ‘goodbye’. Maybe Gloria Gaynor has the same condition.

After the two instances I’ve mentioned, aged 19 I spent time in an NHS ward for suicide attempt and subsequently I spent three months in a psychiatric clinic for binge eating disorder and suicidal ideation.

In my mid-20s, I spent time on NHS wards as the result of bulimia. I really should get around to writing TripAdvisor reviews for each institution.

People often say to me ‘but you don’t look like someone who’s been sectioned’. Well, sure. It’s not like they let you keep the straight jacket… because they don’t give you one.

Those of us who have confronted our crazy aren’t the ones to fear. We’ve at least started to learn from those experiences. It’s the people who deny their craziness to worry about.

We all have mental health, just like we all have physical health. Whether we develop mental health conditions or not, we can all take care of our own mental well-being more and challenge the stigma we see around us.

More funding is desperately needed in education around mental health in schools to prevent mental illness and stigma as well as better funding for mental health services and aftercare. Early intervention, particularly in eating disorders, gives the best chance of long term recovery.

Being close to death has given me a lust for life and a desire to change the world so nobody feels as alone as I did.

Lockdown UK: When will pubs and restaurants open again?