RMD may sound scary but most will grow out of it (Picture: Getty/ Metro.co.uk)

Did you ever have issues with your sleep when you were little? Maybe the problem is still keeping you up?

Well, rhythmic movement disorder could be the culprit.

RMD is a sleep disorder where certain repetitive movements occur during or just before sleep, interfering with your rest and making you drowsy during the day.

In bad cases, it can cause or put you at risk of injury. The sometimes dangerous movements include body rocking, head banging, head rolling – which can range from being mild or violent in nature.

These symptoms should not be confused with seizures, jerks or tremors and if you are concerned you should certainly seek medical advice. 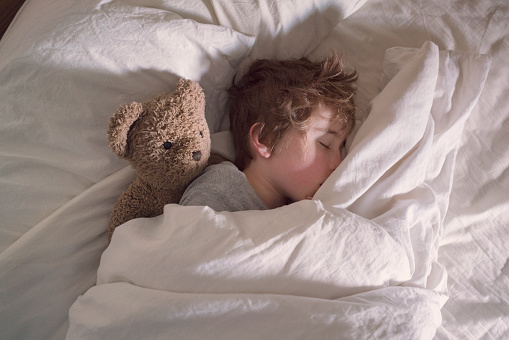 Rhythmic movement disorder can display in one or multiple types of repeated movements.

Head banging is where the child violently strikes their head against a part of the bed or a wall or cot bars.

Head rolling is where a child rolls their head from side to side while on their back.

Body rocking is where the child may rock their whole body back and forth or, if they are upright, rock the top half of their body.

Leg rolling and banging as well as rhythmic noises like loud humming are also indicators but these are not as common.

These symptoms can occur before sleep, when a child is tired, or during sleep and an episode can last up to 15 minutes.

The movements may stop if you interrupt the behaviour and the child will usually not remember the episode.

Other outcomes of this behaviour are a lack of sleep which can lead to difficulties concentrating and staying awake.

Hair loss from head banging could also become an issue. 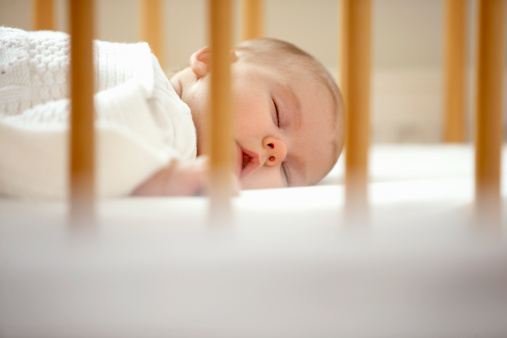 Be careful when trying to improve safety in the cot (Picture: Getty Images)

Who does RMD affect and when does it occur?

RMD is the most prevalent among babies of up to a year old.

At the age of two only 33% of children display the symptoms and from five-years-old only 5% still suffer with it.

Rhythmic movement disorder may run in families but whether it’s learned or genetic is still in question.

Those with autism and down syndrome also are more likely to have it as well as those with other sleep disorders such as sleep apnea.

What are the causes of RMD?

The exact causes of RMD aren’t actually known but there are a couple of theories for the causes in children.

The movements could be a form of self-soothing to help them fall asleep because they mimic the motions of being in the womb or being rocked by a parent.

Another theory could be that the child’s nervous system has not developed enough to control motor functions during sleep which makes sense because they usually grow out of the disorder. 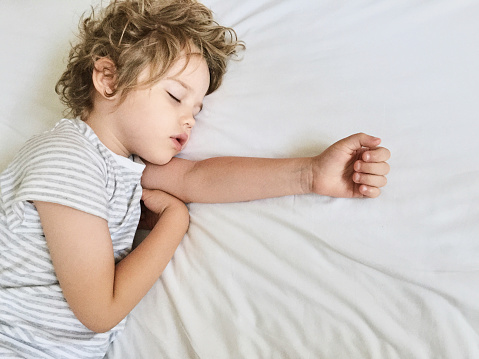 It could develop as a method of self soothing (Picture: Getty Images)

What are the treatments for RMD?

Most cases don’t need treatment, with the only intervention needed being the protecting the child’s safety.

This could include padding the walls or sides of the cot but remember to be cautious when adding things in the cot to avoid sudden infant death syndrome.

If another sleep disorder is the cause of RMD then treating the other condition could help.

In the most serious of cases a doctor could prescribe medication.