THE United States has today reached the grim milestone of 500,000 Covid-related deaths since the start of the pandemic.

It comes as the nation’s top virus expert Dr Anthony Fauci warned a semblance of normalcy may not return until the end of the year. 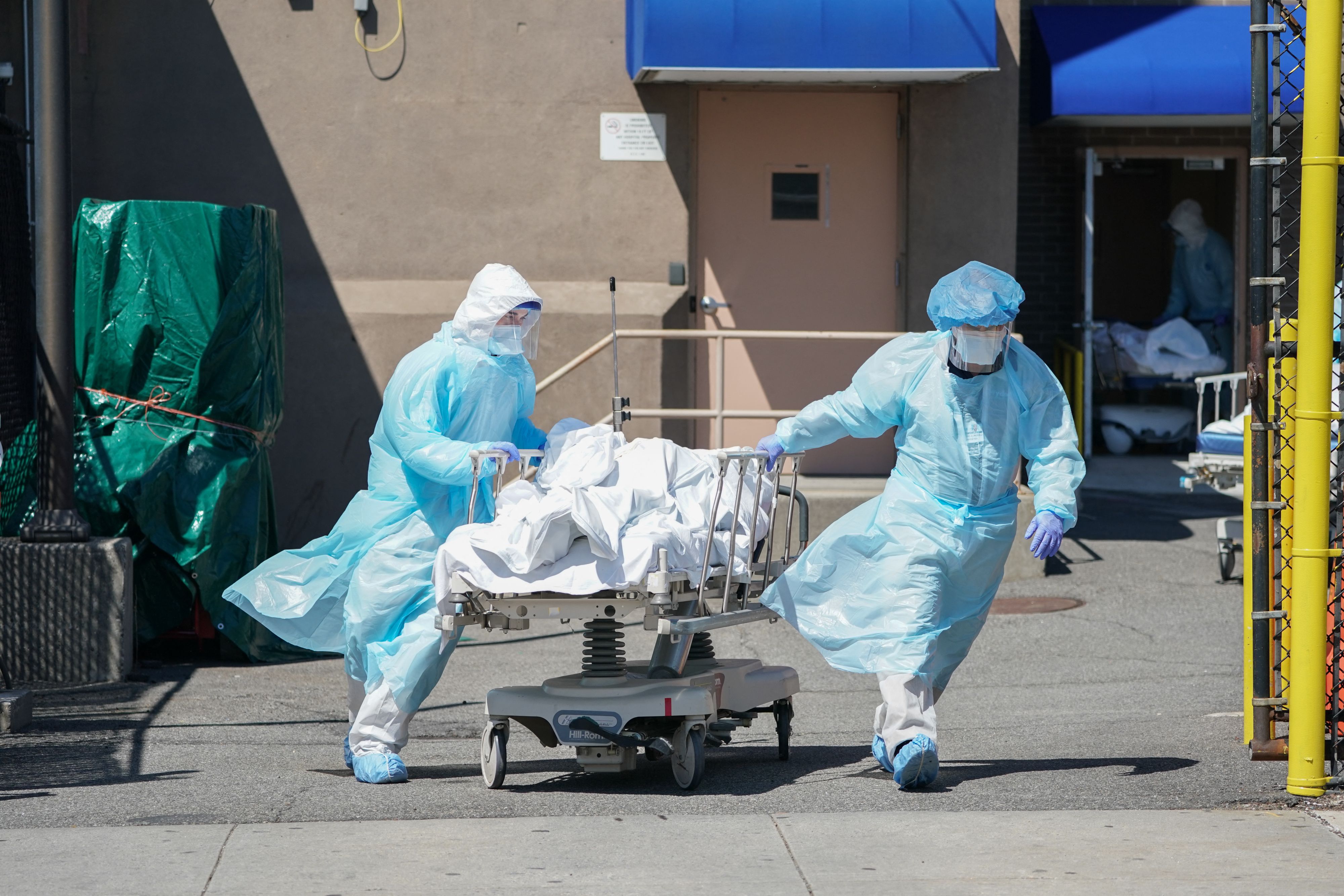 Bodies are moved to a refrigeration truck serving as a temporary morgue at Wyckoff Hospital in the Borough of Brooklyn in New YorkCredit: AFP or licensors

Signs of hope were emerging in the rollout of vaccines and the dropping off of a massive winter spike in infections, but the heavy toll continues to mount in a nation that has reported the most fatalities and cases in the world.

Dr Fauci told NBC’s “Meet The Press: “It’s terrible. It is historic. We haven’t seen anything even close to this for well over a hundred years, since the 1918 pandemic of influenza.

“It’s something that is stunning when you look at the numbers, almost unbelievable, but it’s true.”

After the first Covid-19 death was announced in the United States in February 2020, it took about three months to pass the 100,000 mark, during a first wave that hit New York particularly hard.

But as the outbreak spread across the country, the pace of deaths increased, with the toll jumping from 400,000 in just over a month amid a spike fueled in part by holiday gatherings.

Fauci noted that the number of daily new infections was on a steep decline after peaking in January, but he added normal life may still be some way off.