BRITAIN’S official coronavirus R rate has dropped this week to its lowest level yet, official data has revealed.

The R rate – which represents the number of people an infected person will pass Covid onto – is between 0.6 and 0.8 across the UK, Sage said today. 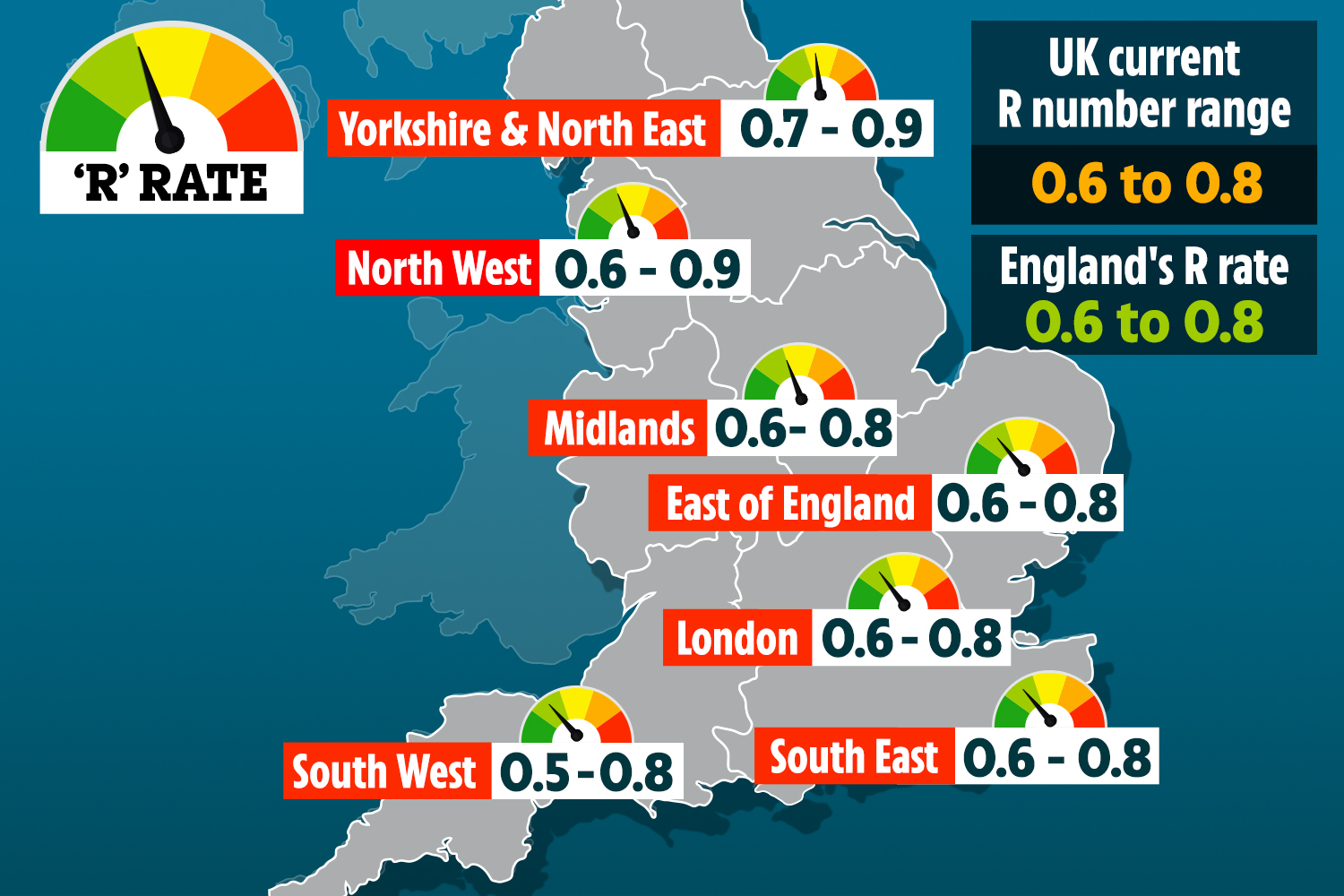 Last week government scientists estimate that the R rate was between 0.7 and 0.9.

It comes as data from the ZOE Symptom Tracker App revealed that cases have fallen by 30 per cent in a week.

Data published by the Office for National Statistics (ONS) today also revealed that cases are still falling across the UK.

Figures from Public Health England (PHE) released earlier this week stated that infections are falling in all regions of the country,

But data from the ONS states that there are early signs of a possible increase in the number of people testing positive in the South West and South East of the country.

Rates have decreased in the North East, North West, East Midlands, East of England and London, with the trend being uncertain in Yorkshire and The Humber and the West Midlands. 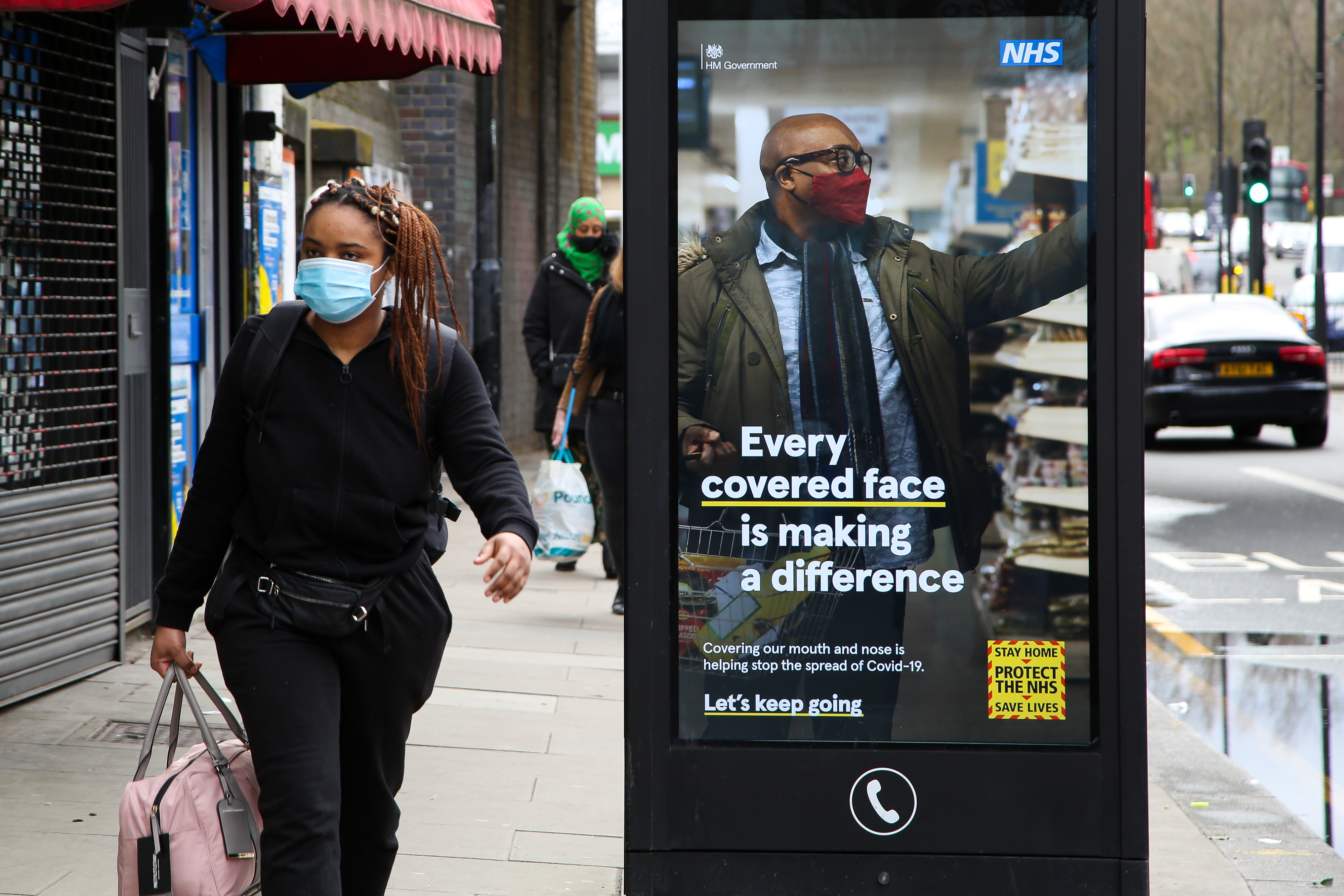 Brits are still living under a third national lockdown – some restrictions were eased this week with the reopening of schoolsCredit: London News Pictures

The data published today by Sage revealed that the North East and Yorkshire has the highest R rate in the country and is currently between 0.7 and 0.9.

Despite the rate falling today Sage said: “Prevalence of the virus remains high, so it is vital that everyone continues to stay at home in order to keep the R value down, protect the NHS and help save lives.”

One expert today said the darkest days of the pandemic could be behind us as infections continue to fall.

So far in the UK over 23 million people have had a first dose of either the Pfizer/BioNTech jab or the Oxford/AstraZeneca offering with over 1.3 million having had a second.

A fall in infection rates, hospitalisations and deaths are all key when it comes to keeping Prime Minister Boris Johnson’s roadmap out of lockdown on track.

une 21 is the date the Government plans to lift all Covid restrictions, subject to it being safe enough to do so.

Ministers will be measuring the impact of each step of easing lockdown before then, including schools reopening from today, allowing groups of six to meet outdoors on March 29, and the opening of hospitality in May.

There is still the possibility that cases and the R rate are too high to lift the rest of Covid rules in June.

UK Covid deaths drop three-quarters in a month with 181 fatalities and 6,753 new cases