BRITAIN’S official coronavirus R rate has stayed the same this week – but crept up in three regions, new figures show.

The R rate – which represents the number of people an infected person will pass Covid onto – is between 0.6 and 0.9 across the UK, Sage said today. 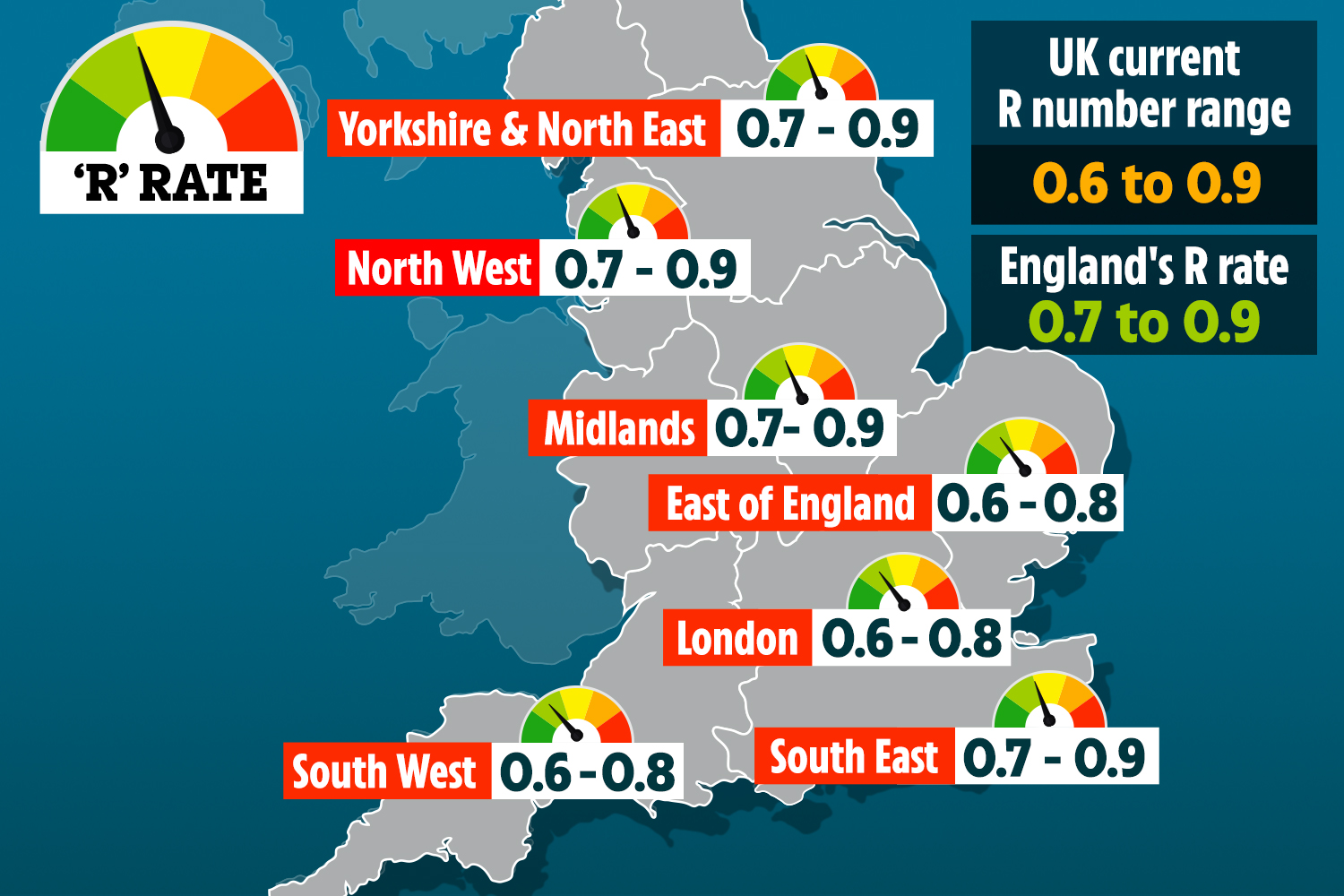 The South East, North West and the Midlands have all seen slight increases in the crucial value.

But the rate is now below 1 in every region, the latest figures show.

It’s also dropped slightly in some places – last week the North East and Yorkshire was hitting the higher end of the range at 0.7 to 1. 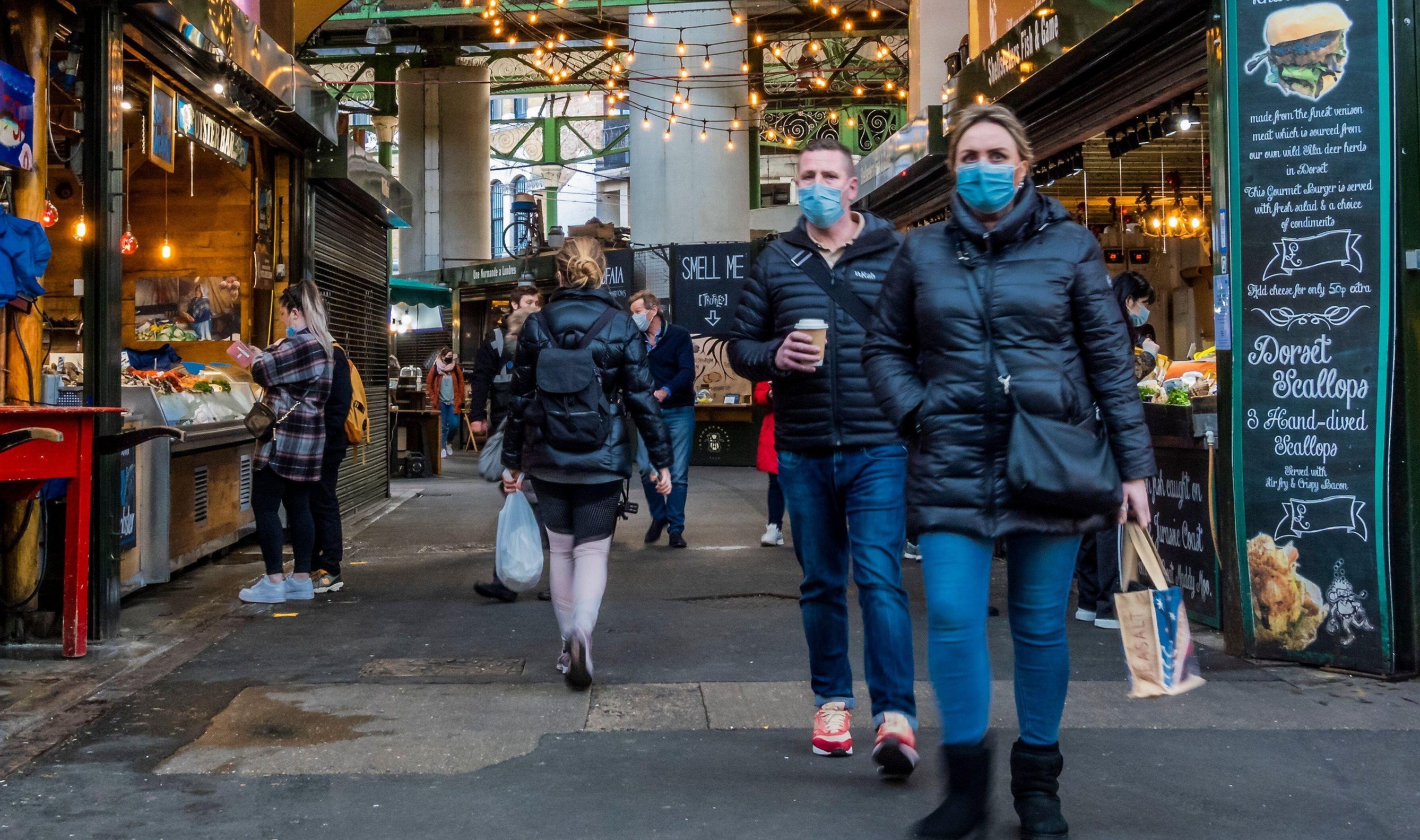 The R-rate is the number of people an infected person will pass Covid-19 on toCredit: Alamy Live News

Elsewhere, London and the South East remain unchanged with the same range of 0.6 to 0.8.

Sage also estimates the growth rate, which reflects how quickly the number of infections are changing, is now between -6 per cent and -2 per cent.

It means that the number of new infections is shrinking by between two per cent and six per cent every day.

A Sage spokesperson said: “While estimates of the R value being below 1 in all NHS regions of England is a positive indicator, there may be more variation in transmission locally, with some evidence to suggest the rate of decline in infections could be slowing in some areas.

“A change in the lower or upper bound of the estimated ranges alone does not constitute a change in R or growth rate.

“If the ranges overlap between each week, this does not necessarily mean the R or growth rate has changed.

“A widening or narrowing of the range reflects a change in uncertainty.

It’s also worth pointing out that the R0 is a measure of how infectious a disease is, but not how deadly.

“Prevalence of the virus remains high and it remains vital everyone continues to stay at home in order to keep the R value down, protect the NHS and help save lives. “

The R and growth rate estimates are based on the latest data, available up to 22 February, including hospitalisations and deaths, as well as symptomatic testing and prevalence studies, Sage said.

It comes as experts have claimed that the current lockdown in the UK could be lifted sooner if cases keep falling and if the vaccine rollout continues at the current pace.

Data from the ZOE Symptom Tracker App shows that new daily cases have started to plateau to just under 10,000.

Separate data from the Office for National Statistics (ONS) published today also revealed that cases are falling across the country.

In the week up to February 19 the ONS states that cases of Covid have started to decline.

The data from the ONS also suggests that cases have fallen across all regions in England – aside from Yorkshire & The Humber, where the experts say “the trend is uncertain”.

But graphs provided by the ONS show that cases are flatlining in the region.

By looking at the data on a regular basis, Prime Minister Johnson said he hopes to get Britain booming and back to near normal by June, and give every adult a vaccine by the end of July.

Data published by the experts at the ZOE Symptom Tracker App today stated that there are currently 9,545 new symptomatic cases of Covid in the UK on average,

Around on in 416 people in the UK currently have symptomatic Covid.

The estimates from the team at the ZOE app are different from the R rate release by Sage.

It comes as Government figures yesterday showed a further 323 died from Covid-19.