THE UK’s Covid alert level has today been downgraded – in a hopeful indicator that pressure on the NHS is lifting.

All four chief medical officers made the promising decision to pull the country down from its highest ever alert level, five, to a four. 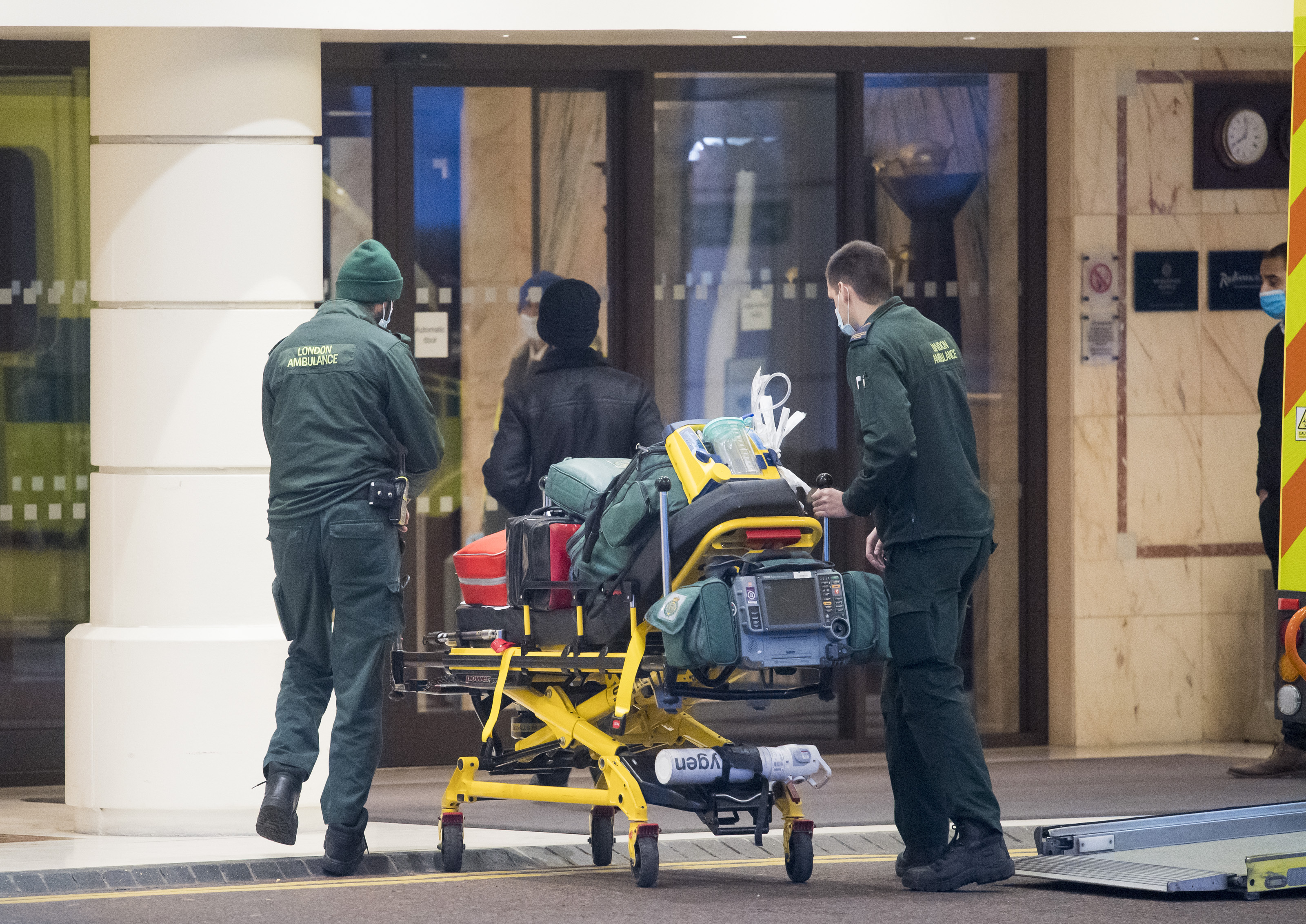 Pressure on the NHS has eased enough to downgrade the alert levelCredit: London News Pictures

There are now 16,803 patients being treated on wards for the virus, less than half the 39,247 peak five weeks earlier.

The drop means Covid is still in general circulation with transmission risk still high, but there is no longer a “material risk” of the NHS being overwhelmed.

In a Department of Health statement from all four chiefs, they said: “The health services across the four nations remain under significant pressure with a high number of patients in hospital, however thanks to the efforts of public we are now seeing numbers consistently declining, and the threat of the NHS and other health services being overwhelmed within 21 days has receded.

“We should be under no illusions –  transmission rates, hospital pressures and deaths are still very high.

“In time, the vaccines will have a major impact and we encourage everyone to get vaccinated when they receive the offer.

“However for the time being it is really important that we all – vaccinated or not – remain vigilant and continue to follow the guidelines.

“We know how difficult the situation has been and remains to be for healthcare workers, we thank them for their immense effort, skill and professionalism throughout the pandemic.” 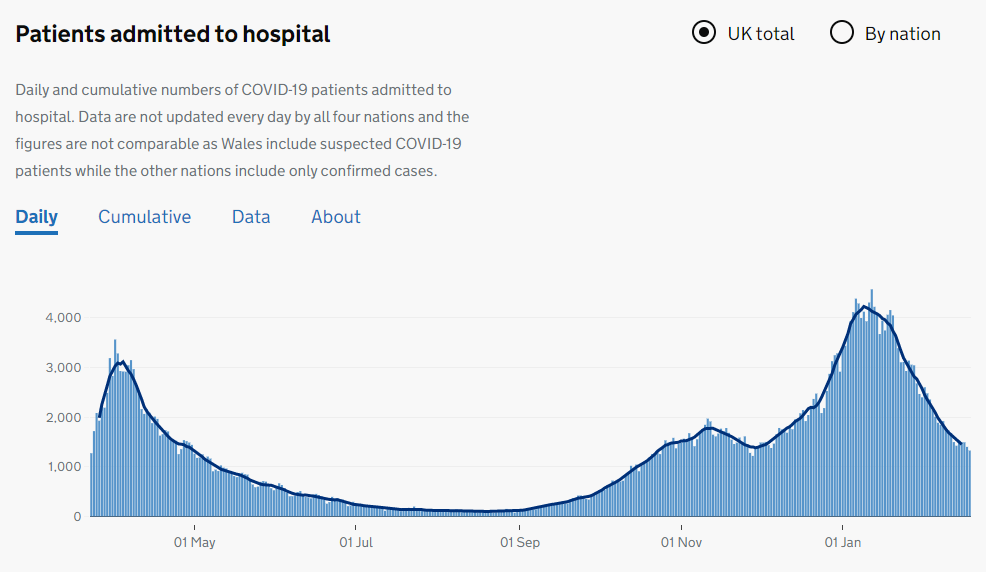 Hospitalisations have slowly come down since the second peak in January 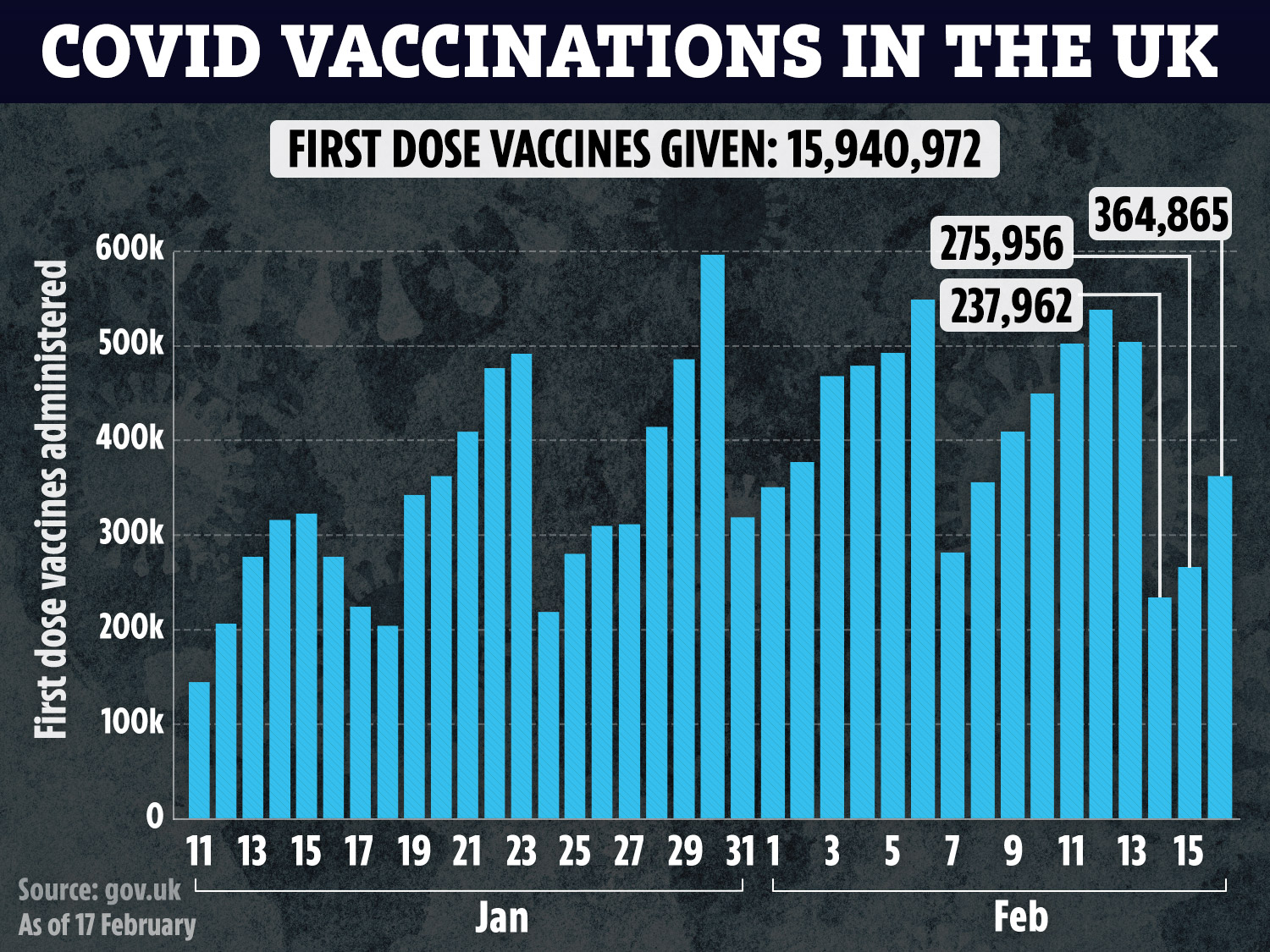 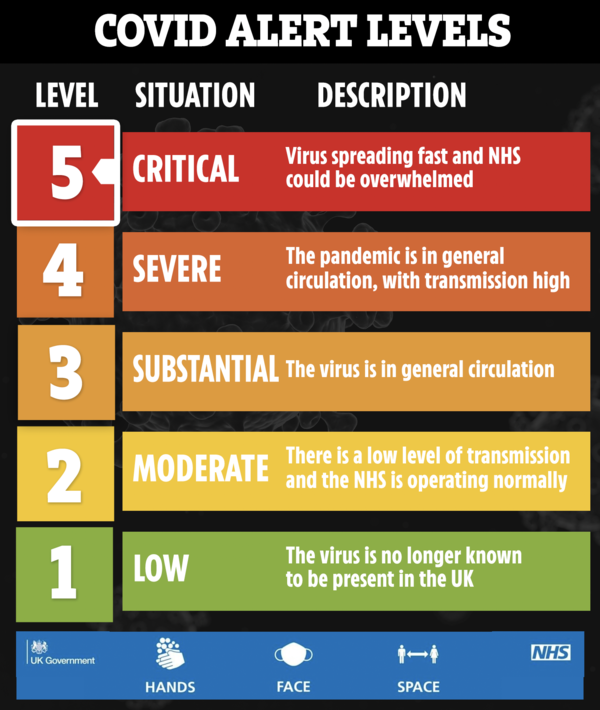 NHS Providers chief executive Chris Hopson said the alert level may have dropped but there was a “long way to go yet”.

He said that “no-one in NHS (is) anywhere near declaring this phase of battle won”.

It comes days after the Prime Minister revealed his road map to get the country out of lockdown.

The PM announced his “cautious but irreversible” plan on Monday to get the country back to normal after the “extraordinary” success of Britain’s speedy vaccine rollout.

He hopes to get Britain booming and back to near normal by June, and give every adult a vaccine by the end of July.

All restrictions will be lifted at the same time across England – with no more tiers in sight – but each step will be assessed against four tests before restrictions ease.

He told MPs: “Today the end really is in sight. A wretched year will soon give way to spring and summer that will be very different to today.”

And as long as the data allows and there are no more new variants which could wreck the plans, the PM aims to review and relax more rules every five weeks giving a week’s notice of the update.

The PM vowed his map was a “one way road to freedom” and insisted there would be no turning back.

It comes as Public Health England findings showed that one dose of the Pfizer-BioNTech vaccine reduces hospitalisations and deaths by at least 75 per cent – which will help him lift measures.

The country was moved to its highest Covid threat level ever on January 4, as the NHS faced the risk of collapsing.

The five levels were introduced as part of the government’s road map for navigating the UK out of the pandemic.

The UK moved down to Level three from four on June 19 as part of a gradual easing of lockdown measures. But it rose again in September as infections continued to rise.