THE UK economy bounced back more strongly than first thought in the last six months of 2020, but was still down 9.8% overall for the year.

Gross domestic product (GDP) was helped by the easing of lockdown restrictions and the Eat Out to Help Out scheme. 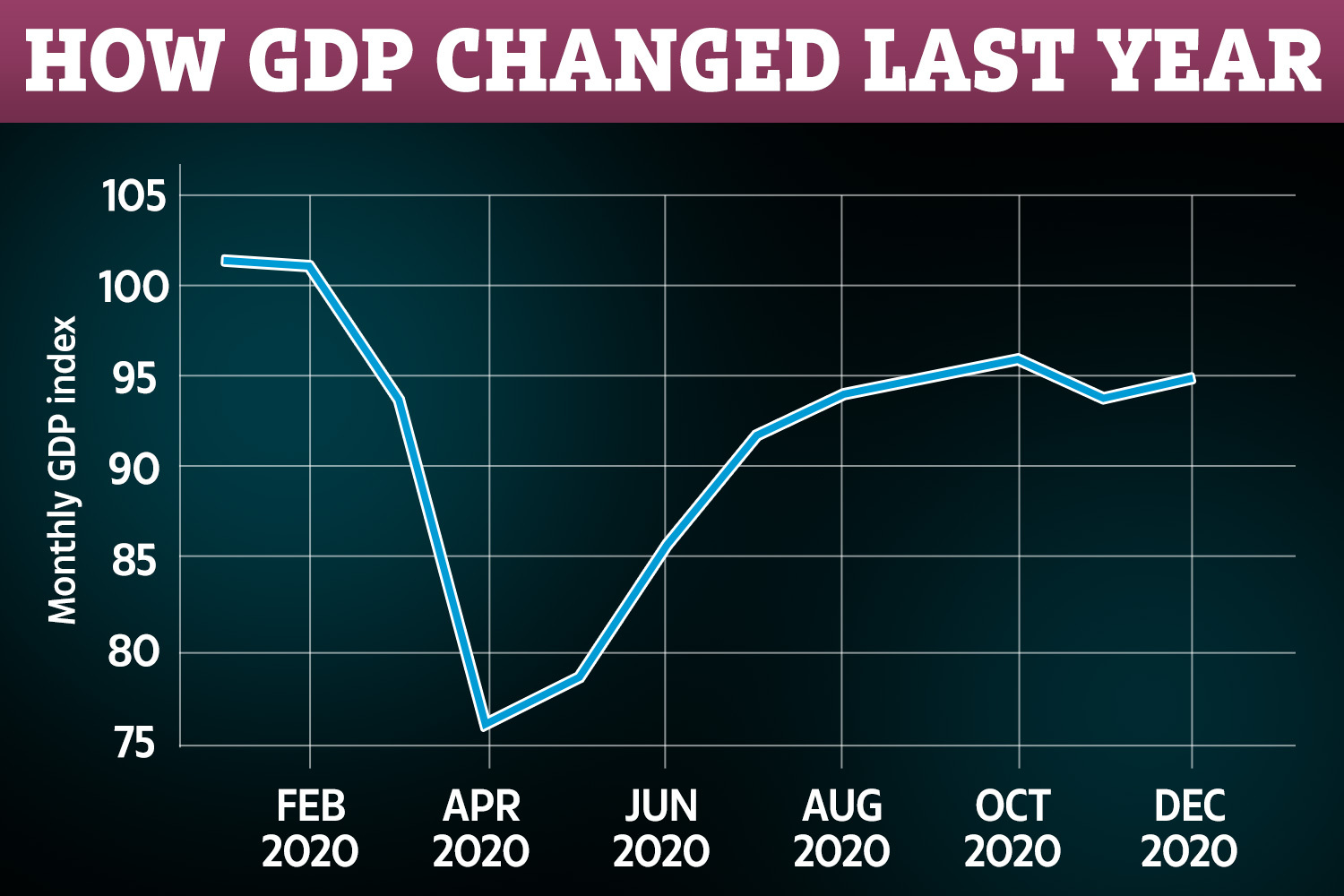 The economy grew by 16.9 per cent from July to September, and 1.3 per cent from October to December, the Office for National Statistics has said.

This is slightly better than original estimates, where growth was predicted to be 16.1 per cent and one per cent respectively.

But in gloomier news, GDP shrank by more than expected from April to June because of the first coronavirus lockdown, falling by 19.5 per cent.

This is when the country plunged into its “worst ever” recession as businesses continued to be shut down by the pandemic.

When GDP goes up, the economy is generally thought to be doing well although today’s figures aren’t as strong as hoped.

Andrew Wishart, UK economist at Capital Economics, told The Sun the full impact of the crisis on jobs and businesses will only become apparent once the government starts to withdraw its support.

The research firm expects unemployment to double from 4 per cent to 8 per cent, with the same number of companies likely to go bust.

Experts had first estimated a drop of 19 per cent for these three months.

Overall, the economy was down by 9.8 per cent in 2020 – slightly better than the 9.9 per cent first estimated – but it still marked its worse performance in 300 years.

Before GDP was officially measured, the worst yearly fall was estimated to have been 13 per cent in 1709 thanks to the Great Frost.

This was followed by a 9.7 per cent drop in 1921 due to coal strikes, unemployment and the depression that followed First World War.

The latest figures are based on revised data released by the ONS today.

So far in 2021, the UK economy shrunk by 2.9 per cent in January due to the third lockdown, with some of the toughest restrictions in place since Covid hit.

But the fall wasn’t as bad as the 4.9 per cent dip economists had been expecting.

It comes after Bank of England’s governor Andrew Bailey said the economy will recover to its pre-Covid level by the end of this year thanks to the vaccine rollout.

The recovery will come once lockdown eases and people start spending money saved while at home, he says.

Businesses including pubs, restaurants and gyms are set to reopen from April 12 at the earliest as part of the roadmap out of lockdown.

Mr Bailey said: “I’m more positive — but with a large dose of caution.”

Jonathan Athow, deputy national statistician at the ONS, said: “Our revised figures show the economy shrank a little more than previously estimated, before recovering slightly more strongly in the second half of last year.

“However, these new estimates paint the same overall picture as before, with historically large falls in GDP in the spring, followed by a recovery in the summer and autumn.”

Around half of UK workers have suffered pay cuts in real terms due to the coronavirus crisis, according to research.

But promisingly, millions of young workers will get a pay rise of £345 from April, as the National Living Wage increases.