UK Covid deaths today grew by 63 – down 34 per cent on the rise recorded this time last week.

Another 6,397 cases were recorded in the past 24 hours meaning 4,319,128 have now tested positive for the bug since the start of the pandemic. 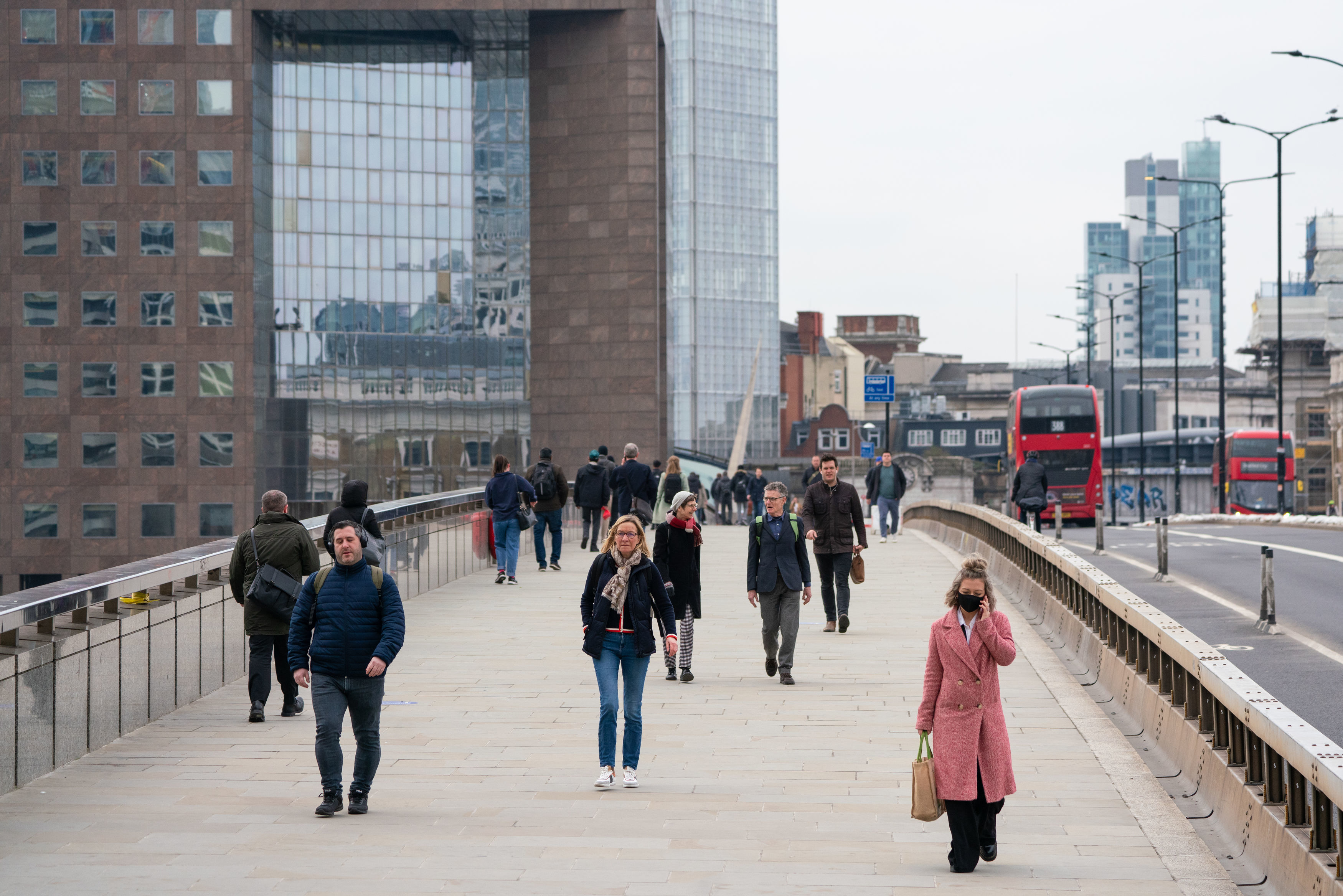 Londoners pictured on their morning commute as the nation marked a National Day of Reflection earlier in the weekCredit: PA

This time last week, there were 95 fatalities – more than a third higher than today’s rise. with 6,303 cases recorded in 24 hours.

The number of new cases is also smaller than it was last Thursday (6,303) but are higher than they were yesterday.

In fact, the number of new infections in the UK has grown for the fifth day in a row.

The Prime Minister is ditching the ‘stay at home’ rule next week, although holidays are banned, and anyone caught trying to leave the country for a non-essential reason faces a fine.

But Boris Johnson’s roadmap out of lockdown has now started to unfold, with the next phase to take place from March 29.

The Rule of Six will return to let Brits meet up with six mates outside while outdoor sports will be back on.

And the next phase also means the “Stay Home” slogan will be axed in England.